If you’ve mastered your environment, built up your base, and maybe even trained a few monkeys to do your bidding, you might feel a little confident in your abilities in The Survivalists. If you want to put your skills to the test, however, finding and conquering the secret labyrinth will be the ultimate challenge. It’s the only place you’ll find some of the best loot in the game, including some legendary weapon recipes, so the reward is well worth the risk. Rather than rush in blind, make sure to follow our guide on how to find and survive the secret labyrinth.

How To Find The Secret Labyrinth

Labyrinths, or dungeons, are found through treasure maps you can gather up by collecting bottles on the beach. Not all bottles will have a treasure map, and even if they do, they’re not guaranteed to lead you to this specific labyrinth. You can also stumble upon it if you’re a thorough enough explorer and come across a glowing hole in the ground. Unfortunately, due to the randomized nature of the game, there’s no way to give exact instructions on how to find the entrance. Just keep looking for maps or exploring on your own until you come across it. 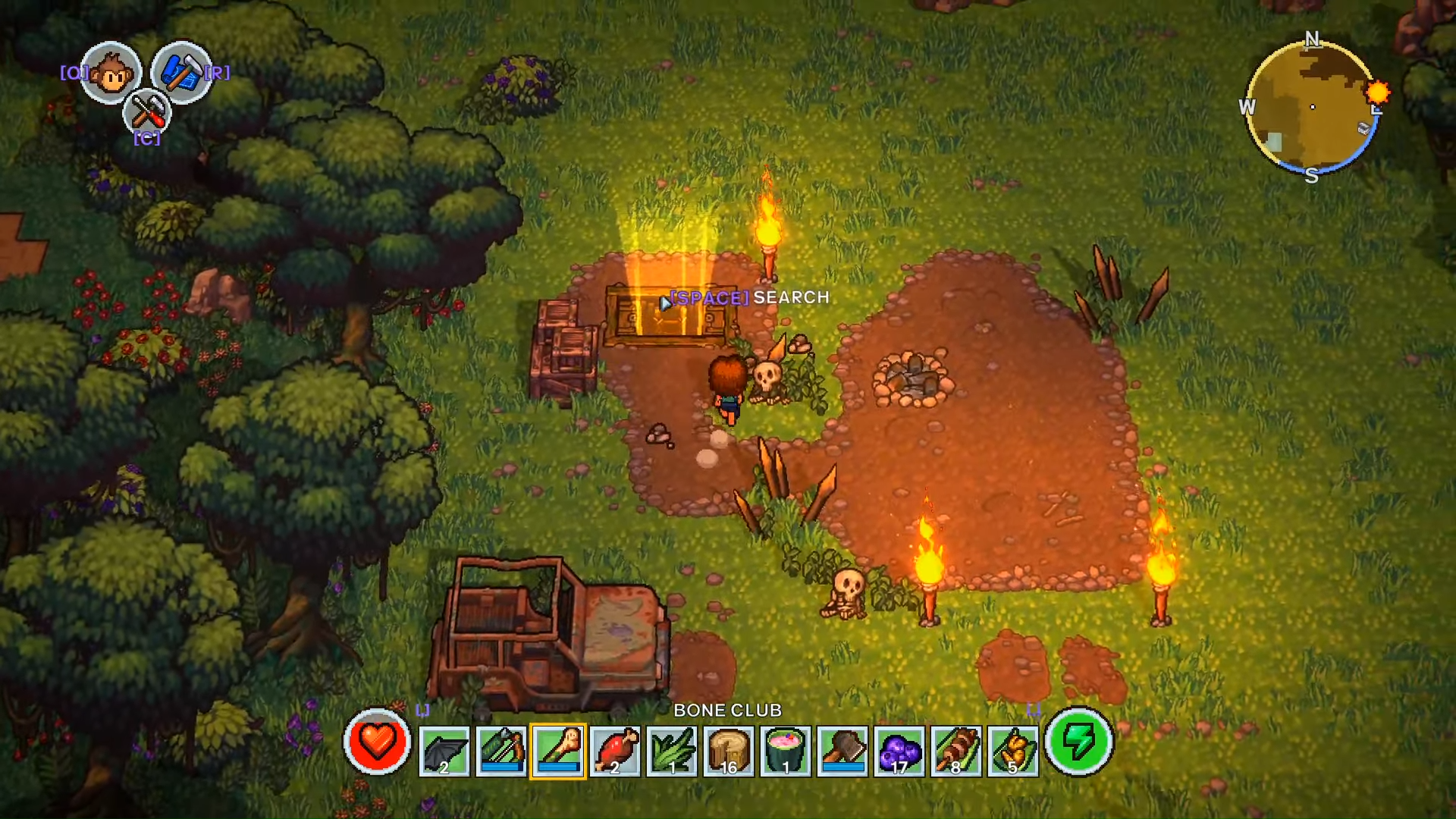 How To Beat The Secret Labyrinth

Make sure you’re well equipped with plenty of weapons, melee and ranged, as well as food. This labyrinth is packed with dangerous and powerful enemies, as well a puzzle that may take you a bit of time to solve on your own.

The secret labyrinth, which is actually titled The Tortuous Wrathful Labyrinth upon entering, opens up into a simple room. At first it may look like there’s nothing but the fires to interact with, but there is a switch in the bottom right corner you need to hit with your club to open a door. Once you pass through, get ready to be attacked by two of your first tough enemies, one typically with a bow and the other melee focused.

Once you’ve taken them out, continue through the dark room and out the exit on the right side. Thankfully this room is better lit, but also has more enemies waiting to attack you. Fight them off just like the first two before trying to do anything else. 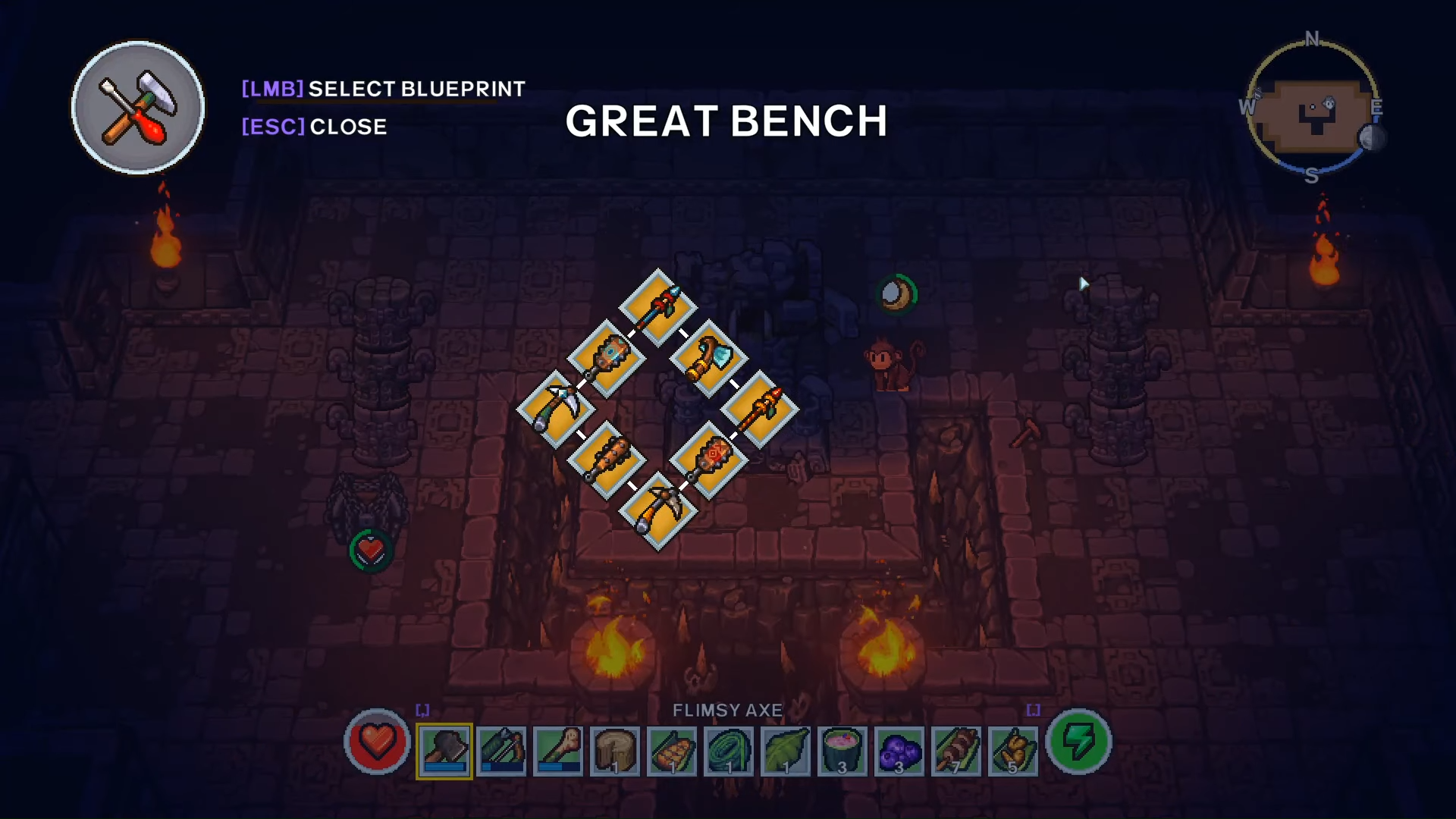 Once they’re dealt with, feel free to release the monkey from the cage and start cracking open the chests around the room. They will be packed with coins and items like smoothies, basic tools, and materials. The real prize of the labyrinth, though is the Great Bench located right in the center of the room.

By going up and interacting with the Great Bench you can craft eight legendary weapons:

All of these weapons will require a Labyrinth Gem to craft, along with a broken version of that weapon. Both of these can be picked up by exploring and completing the other labyrinths found around the islands of The Survivalists, so make sure to bring them back to create and repair them.

Next: Zelda: Breath Of The Wild Secret Of The Snowy Peaks Guide – Suma Sahma Shrine Location 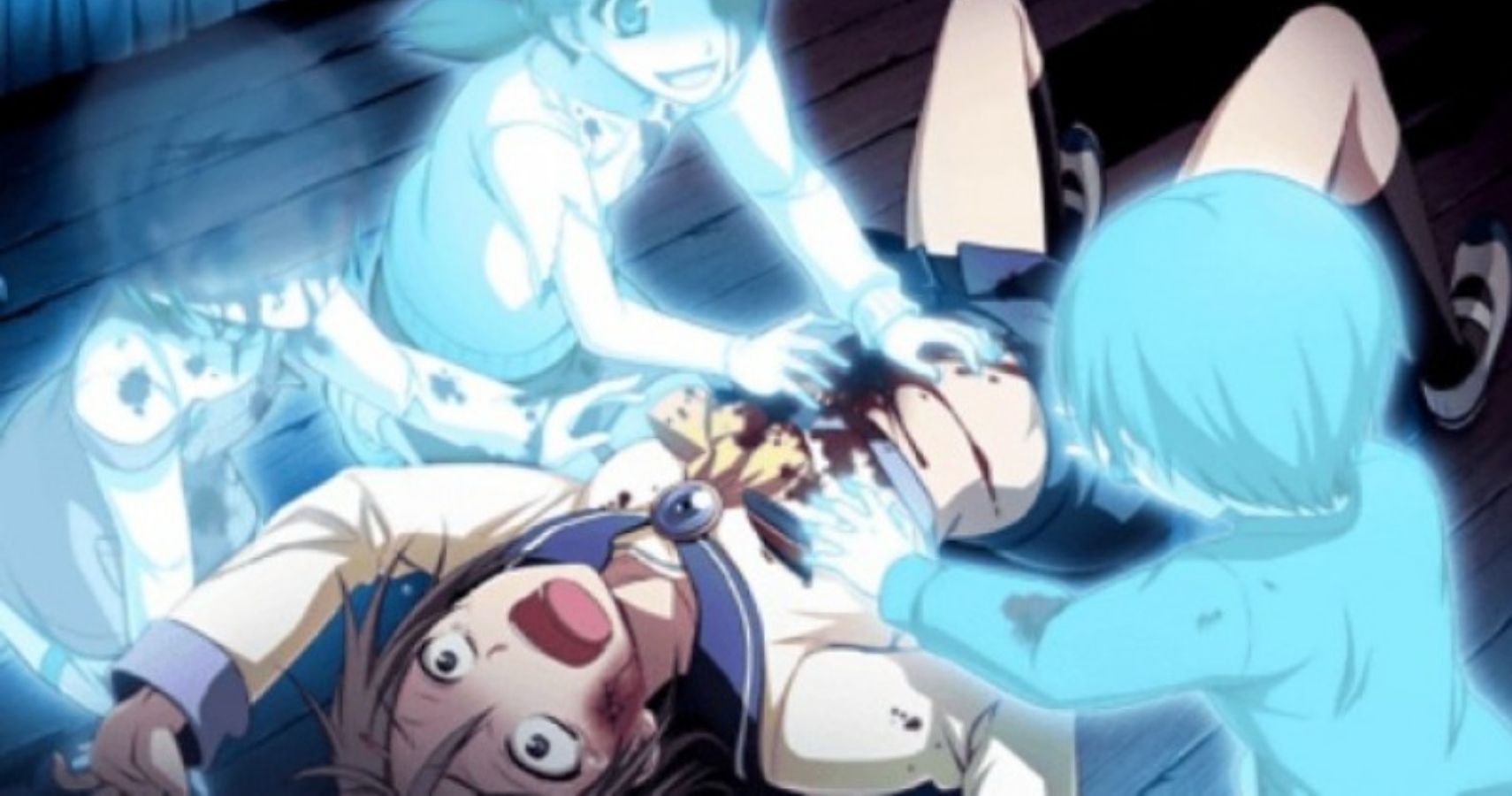 Related posts:
Hot News
LoL Patch 10.25 nerfs and buffs various items – Daily Esports
How to unlock The Mandalorian skin and Baby Yoda in Fortnite Season 5
iiRcade Adds Noir Survival Game White Night To Its Growing Catalog
The impact UK Government’s proposed ban on HFSS online advertising has on esports – Esports Insider
The Hundreds and UNO are Adding Streetwear Flair To Your Quarantined Game Nights
Recent Posts
This website uses cookies to improve your user experience and to provide you with advertisements that are relevant to your interests. By continuing to browse the site you are agreeing to our use of cookies.Ok