The Sims Are Playing Cyberpunk 2077 Before The Rest Of Us

We’ve all used The Sims as a gateway to escapism. We give our Sims the good life, and more often than not, use the game’s mechanics to construct our dream house. It’s a platform for aspirations to manifest, and it’s even offering our Sims the chance to play Cyberpunk 2077 before we do.

Modders really make the impossible possible. Up until now, Sims only had access to a numbing library of generic games, including Incredible Sports, Road Rival, and Blicblock. As long as it entertained them – and kept their “Happy” meter healthy – we were content. However, SlimmerWellPupper has created a mod called “Better Computer Games” that is giving Sims the time of their cyber lives. Better Computer Games replaces the avatars’ mundane video game catalogue with current-gen titles, including Grand Theft Auto 5, Monster Hunter World, and Sekiro: Shadows Die Twice – which must feel like swapping Minesweeper for Castle Wolfenstein.

The highlight of the mod we never knew our Sims needed is the inclusion of CD Projekt Red’s Cyberpunk 2077. What’s baffling about this addition is that it’s not even launched in the real world yet. After a long year of hardship, Cyberpunk 2077’s trio of delays was the coup de grâce for the gaming community, and until December 10, all we can do is sit and watch our Sims enjoy what we should already have. Once again, our Sims have the good life – or so they think. 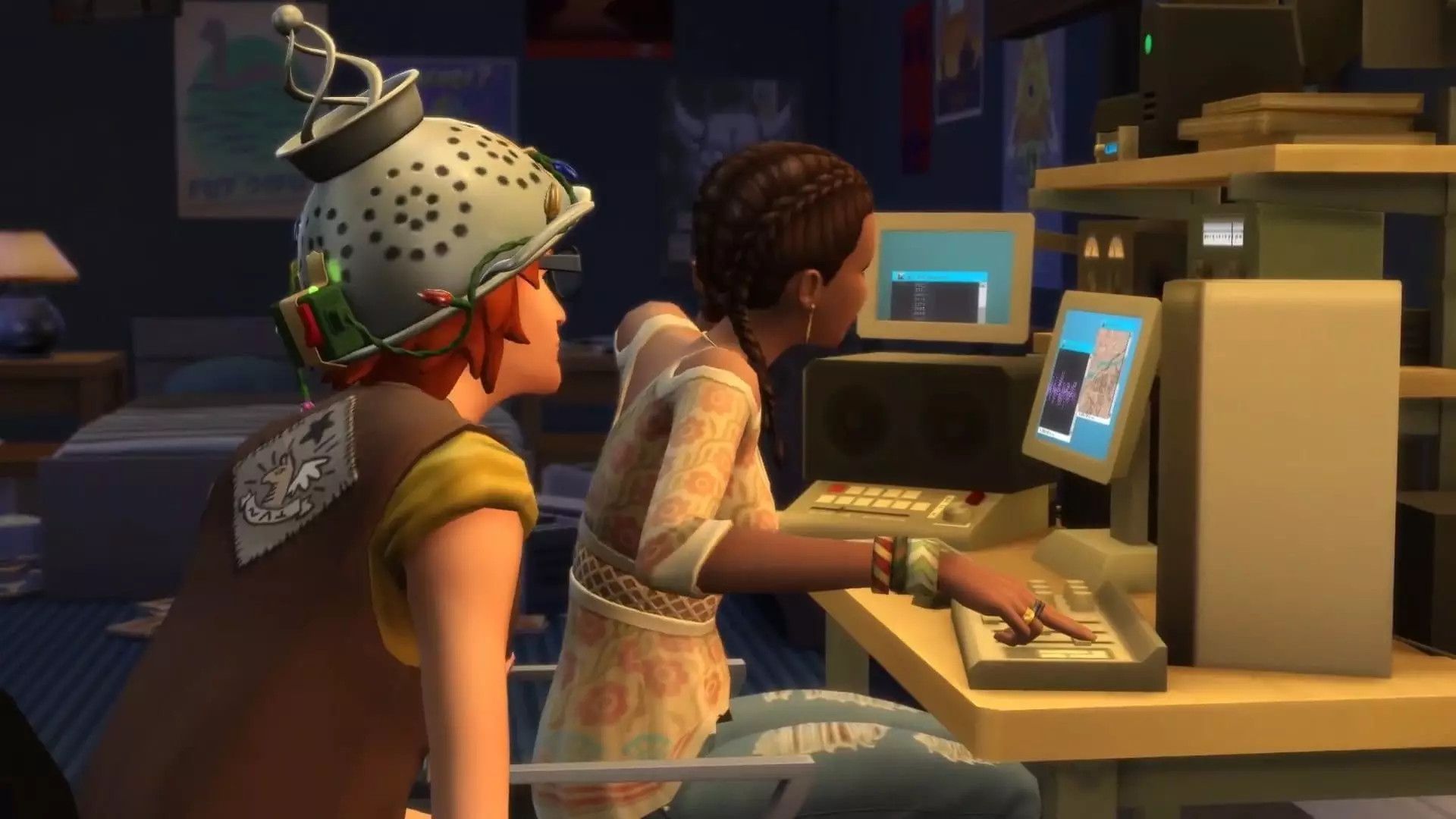 The footage you see on your Sim’s high-end PC is not the real game, of course. The gameplay that your Sim is engrossed in is actually footage pulled from gameplay trailers on a never-ending loop. Nevertheless, it’s a neat feature to see within the life sim, and no doubt there will be more triple-A games added to the collection. We also expect to see Doom – in its entirety – running on Sim screens by the end of the month, continuing the tradition after conquering pregnancy tests and refrigerators.

Until Cyberpunk 2077’s anticipated launch day, you don’t have to watch the game over your Sim’s shoulder . Instead, you can watch the action-RPG running on the PS5 and PS4 Pro, featuring the character creator, Lifepath selector, and some car combat. Meanwhile, The Sims 4 recently welcomed its Snowy Escape expansion, which we thought was reminiscent of the franchise’s high notes in our review.