Home » News » The Sims 4 Paranormal Stuff: Everything We Know So Far

The Sims 4 Paranormal Stuff: Everything We Know So Far

The first DLC of 2021 for The Sims 4, Paranormal Stuff, is about to be released and information is coming thick and fast, mainly thanks to SimGuruConor, who has once again begun to reveal details of the pack through blogs on the Sims forum. We also have a trailer to examine and some SimGuru’s have answered questions on social media.

SimGuruConor first appeared in the public eye when he was heavily involved in the development of the second community stuff pack, Nifty Knitting. Since Paranormal Stuff appears to be based on concepts from the Happy Haunts theme, which came a close second in the community vote, it makes sense that he is involved once more.

In anticipation of the pack’s release, we take a look through the blogs, trailer, and social posts to pull together everything we know about The Sims 4: Paranormal so far. 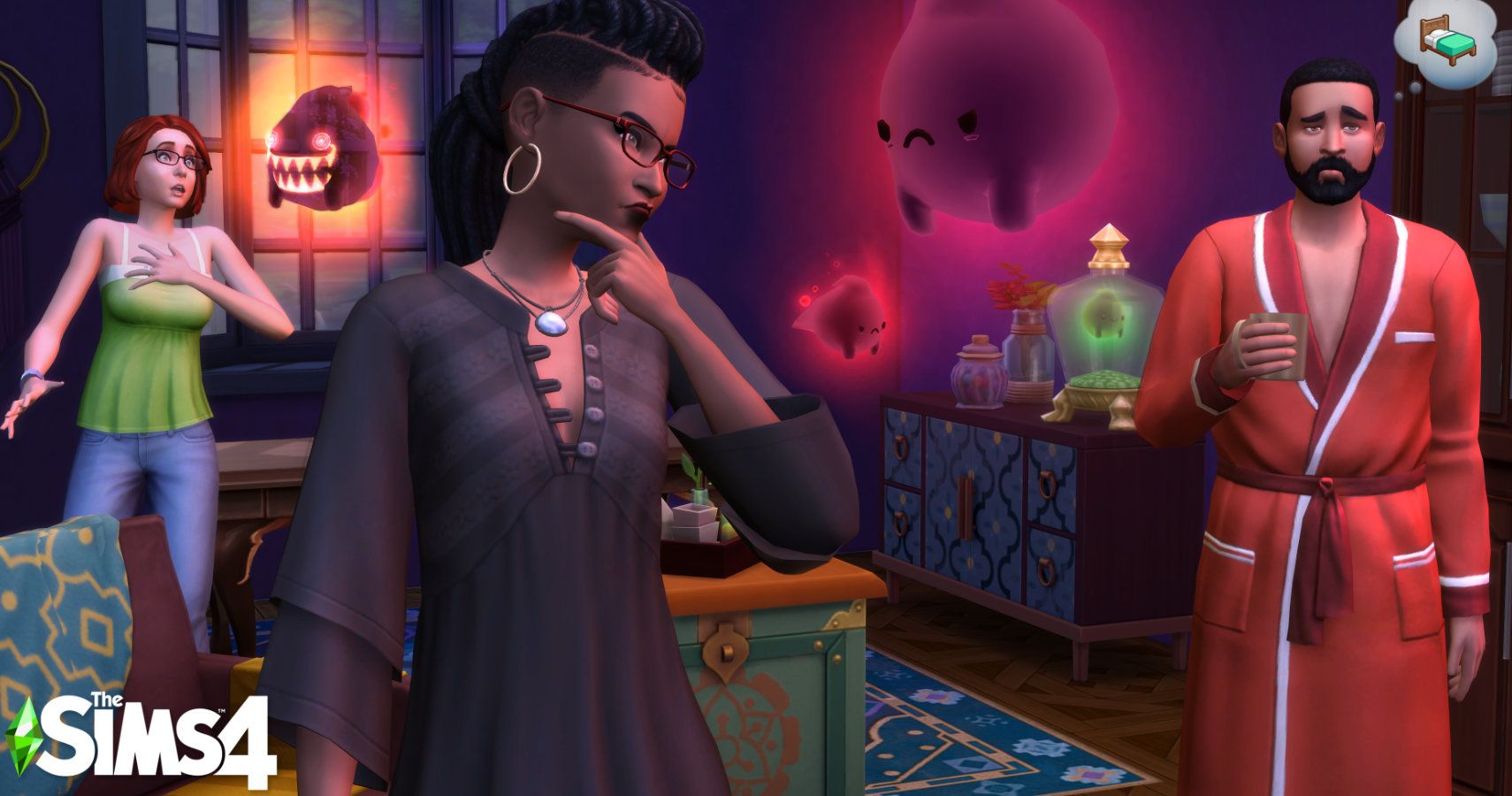 The new Scared Mood allows your Sims to better express their fear. It allows them to scream incoherently and truly let out their feelings. Rumors are that fear can be contagious though, so look out for that.

The Scared Mood as well as the Brave Trait, which reduces how often Sims get scared, are both coming as part of the pre-pack patch on January 21. We have also been told to expect Uncomfortable Buffs including those triggered by being scared of ghosts to change to Scared Buffs where appropriate.

9 Own Or Visit A Haunted House 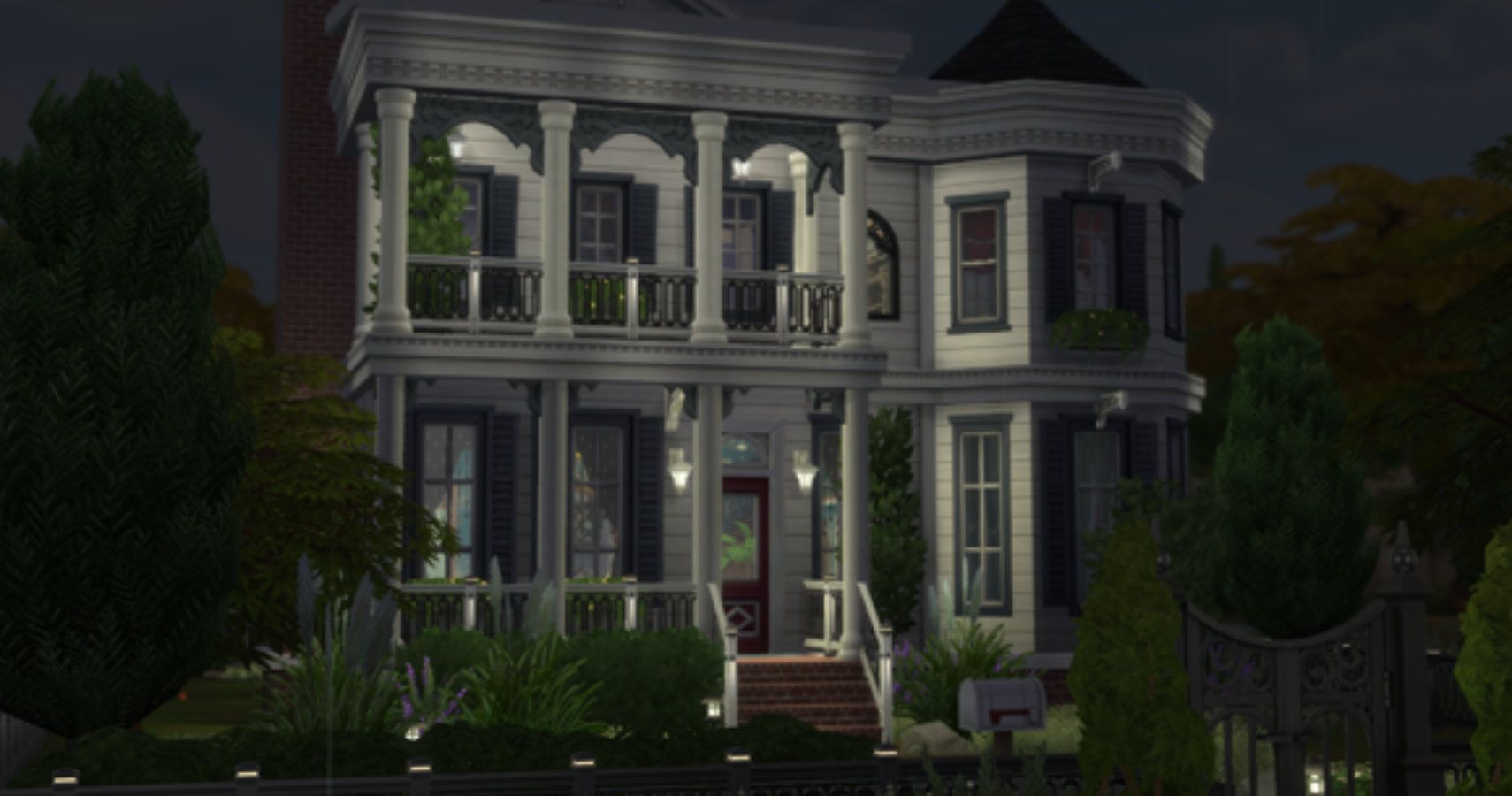 The new Haunted House lot type will introduce Specters to your house. These are the cute ghosts we saw in the trailer and appear to come in green, blue, and red variants. Since we’ve been told that they may or may not be friendly, it seems likely that red and green could indicate good and bad motives but who knows what blue specters have in store for us.

Haunted houses may also have flickering lights, creepy dolls, and rattling pipes. There are also accursed objects that can enter your house. If you want to jump straight in there’s a “canon” Haunted House lot called Duplantier Dwelling that will be available on the gallery. In keeping with the seemingly new tradition of Simmers building houses for DLCs, it was created by Doctor Ashley, a builder who was on The Sims Spark’d, 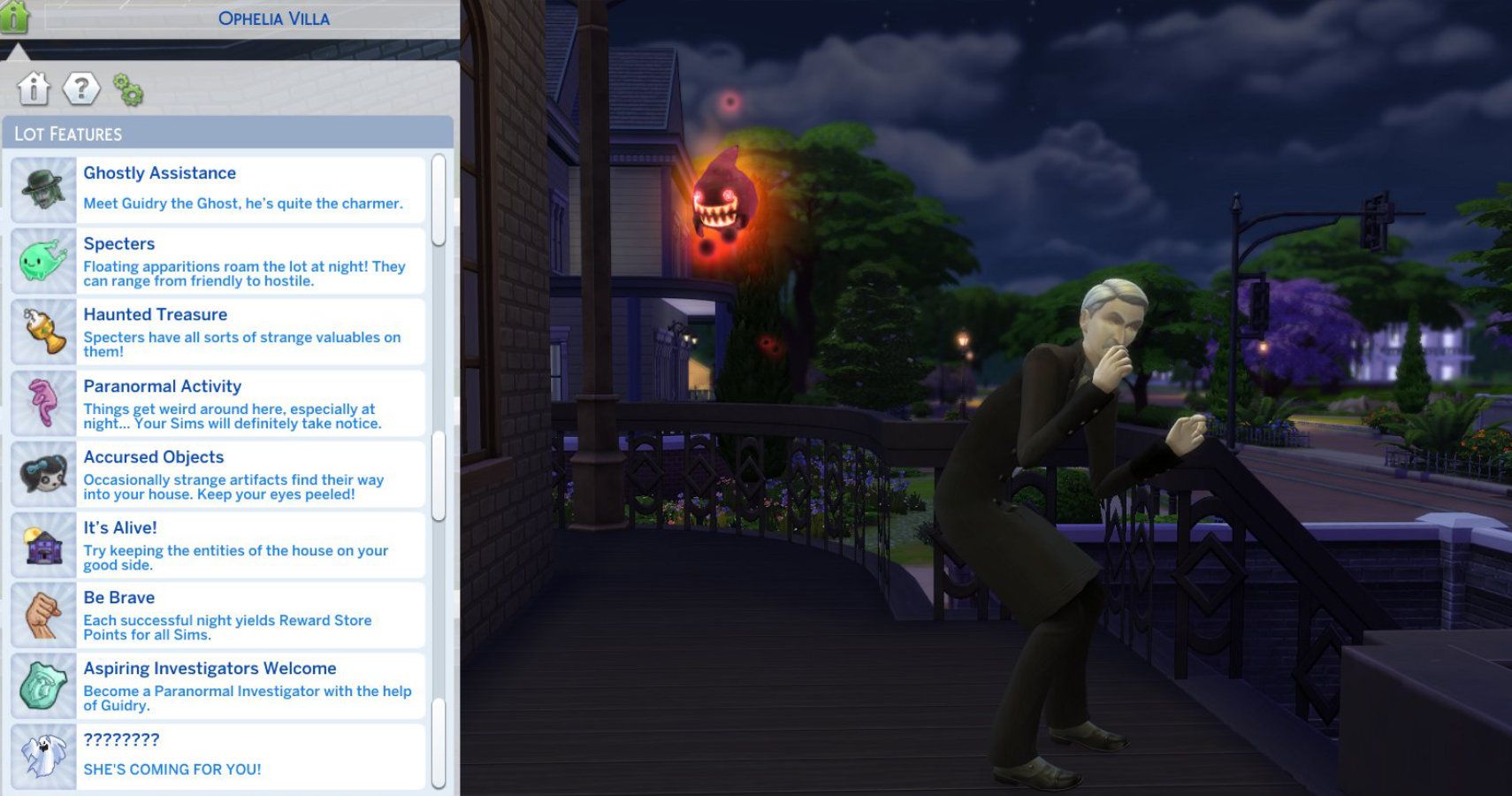 An image tweeted by SimGuruNinja appears to show a lot of features that can adjust the dynamics of your Haunted House. There are three different scroll bars and it was confirmed that these features will vary from house to house.

While we don’t quite know how they all work yet, it appears to show that hauntings can take place in different ways including poltergeist style floating objects, specters, and other unusual activity. 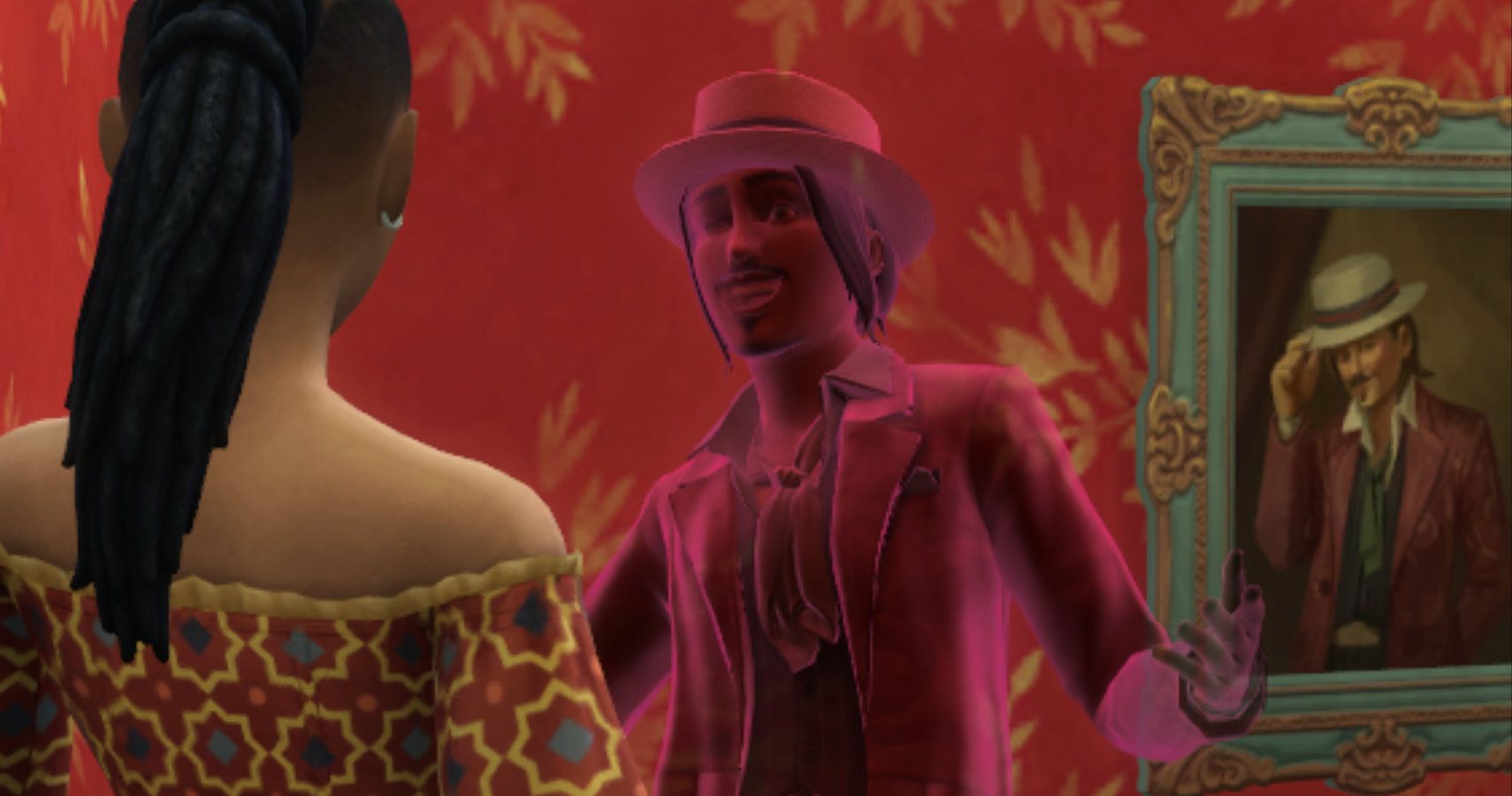 Ghost Johnny Depp, sorry Claude René Duplaintier Guidry, was a Paranormal Investigator and has returned in his spirit form to guide other Sims following the same path.

You’ll be able to choose if he stays in your home but his assistance can be useful as he is said to offer advice and gifts as well as hand out Paranormal Investigator Licenses. He’ll apparently require proof of your skills but what this entails is not yet confirmed.

6 Protect Yourself From Specters And Spirits 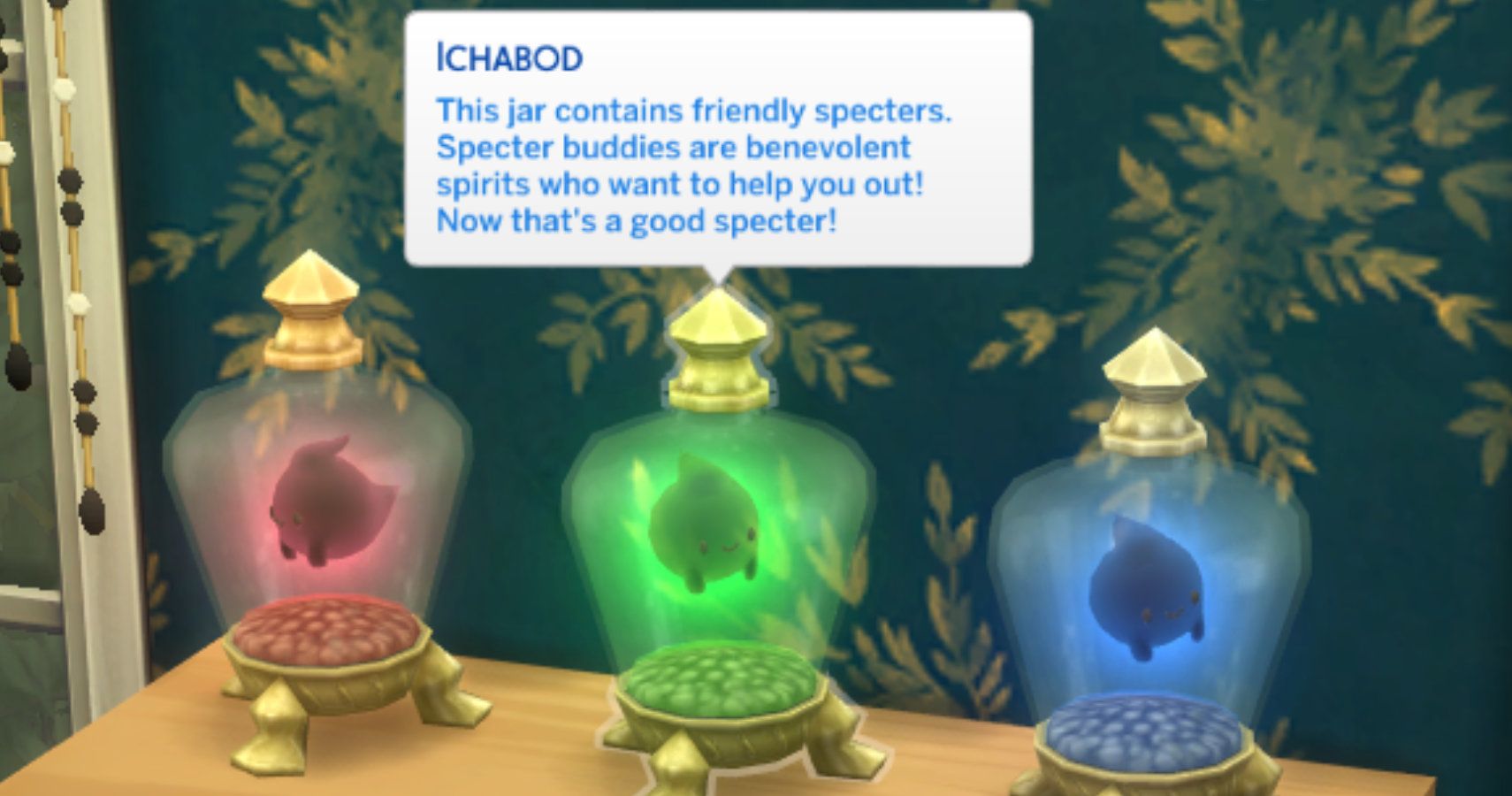 If you want to protect yourself from the worst these haunted houses have to offer then Sacred Candles are the answer. They can help protect Sims and keep the spirits in check.

If you want to maintain balance with the spirits these are said to be amongst the tools most important for maintaining that. You can likely also use them to ensure the effects of the spirits are targeted towards Sims who can better handle them. 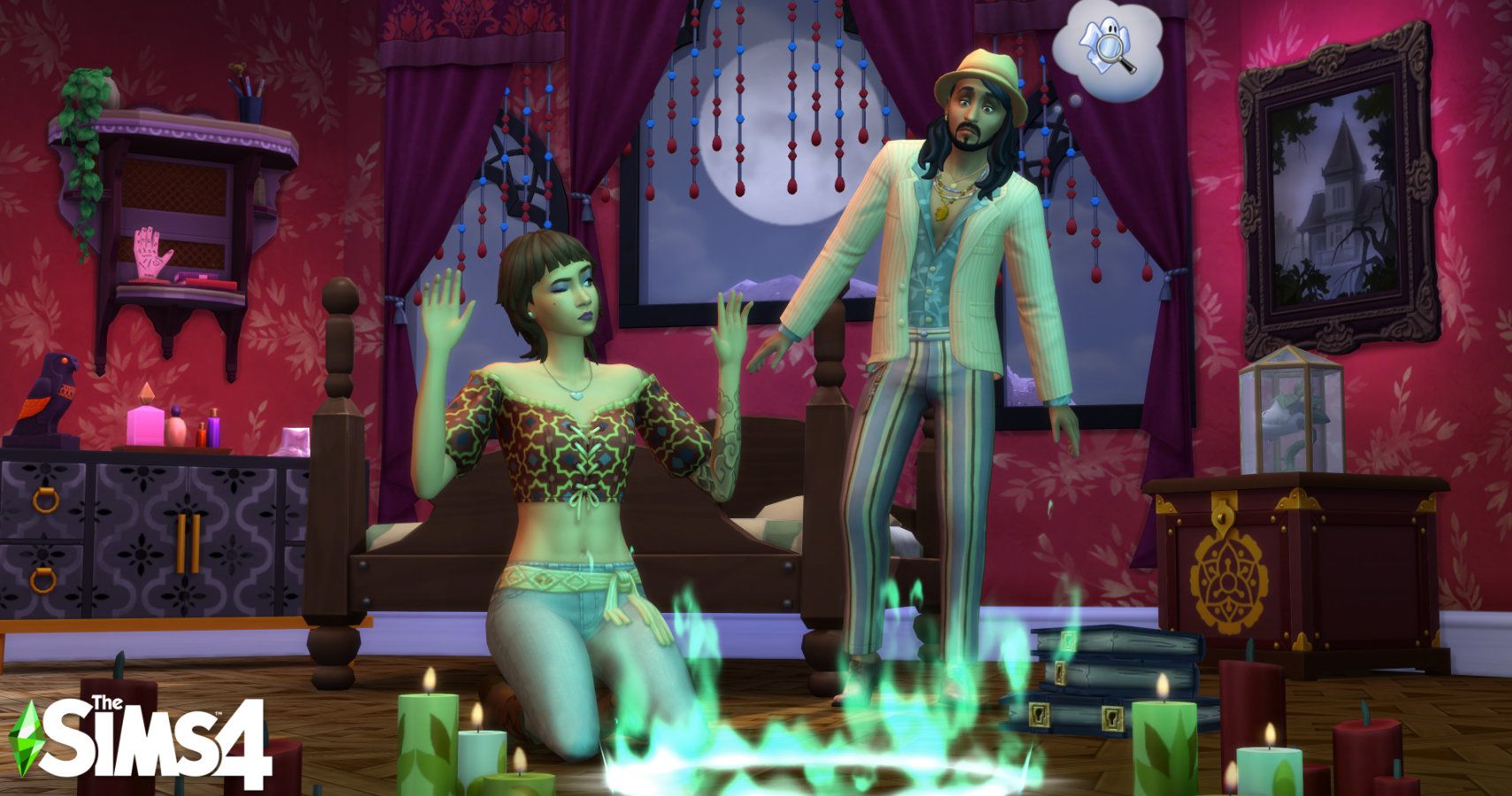 The Seance table is a new item that allows you to develop your Medium Skill and interact with spirits. Once your skill is established you can also draw chalk Seance circles anywhere in the world and use them in the same way.

Children and above will be able to use the table, so Sims can learn to handle spirits from a young age. The Seances are said to calm the spirits in a haunted house but can go wrong and if this happens we don’t yet know what the consequences are. 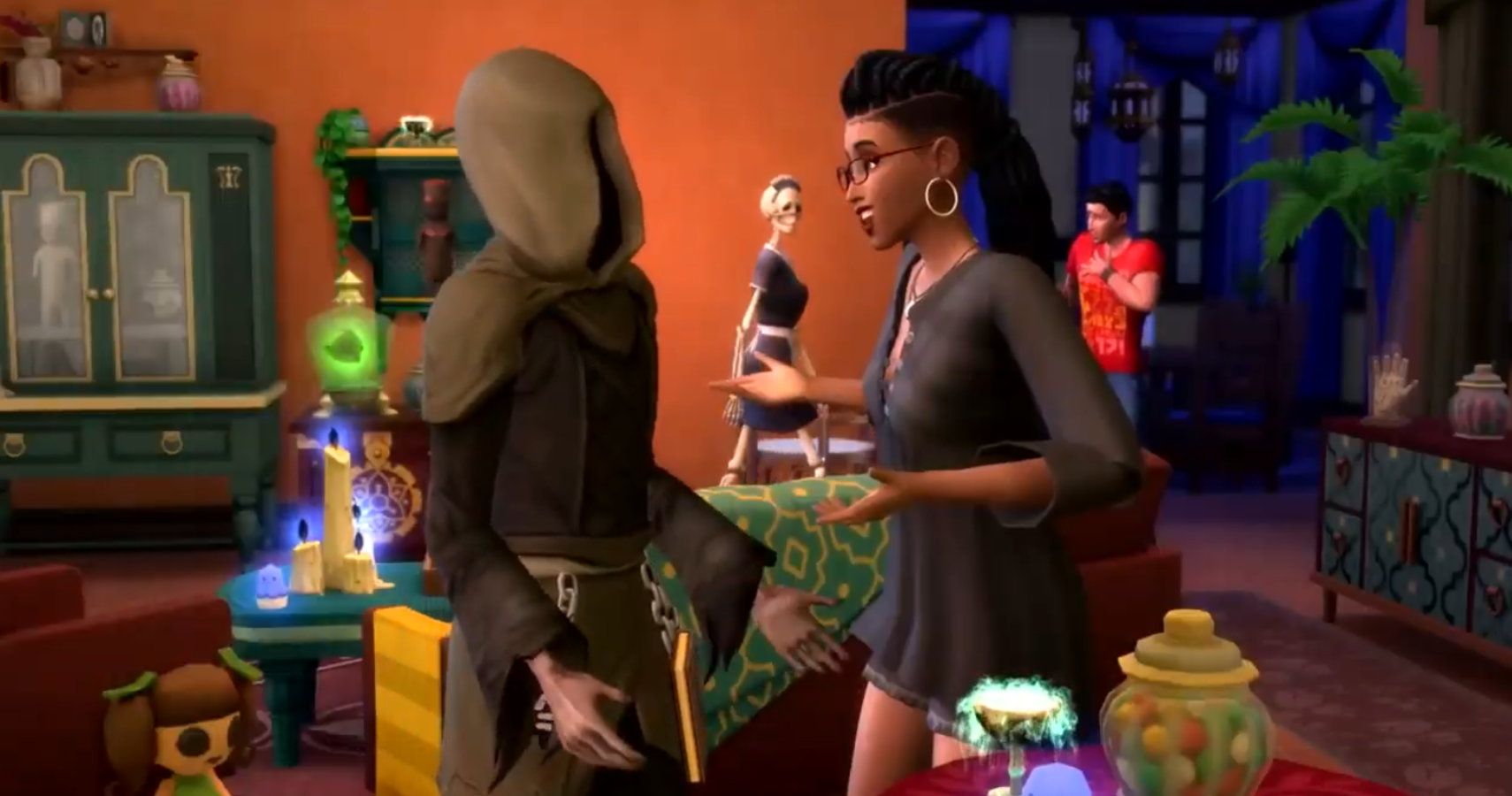 Bonehilda will clean, garden, fight fires, bring snacks, and fix your electronics, amongst other things. She can also help protect the house from harmful ghosts. If you have a butler she’ll happily exist alongside them but other maids are said to be less than impressed by her.

While you cannot move Bonehilda into your home and control her, you can befriend her and even WooHoo with her, assuming that’s your thing. 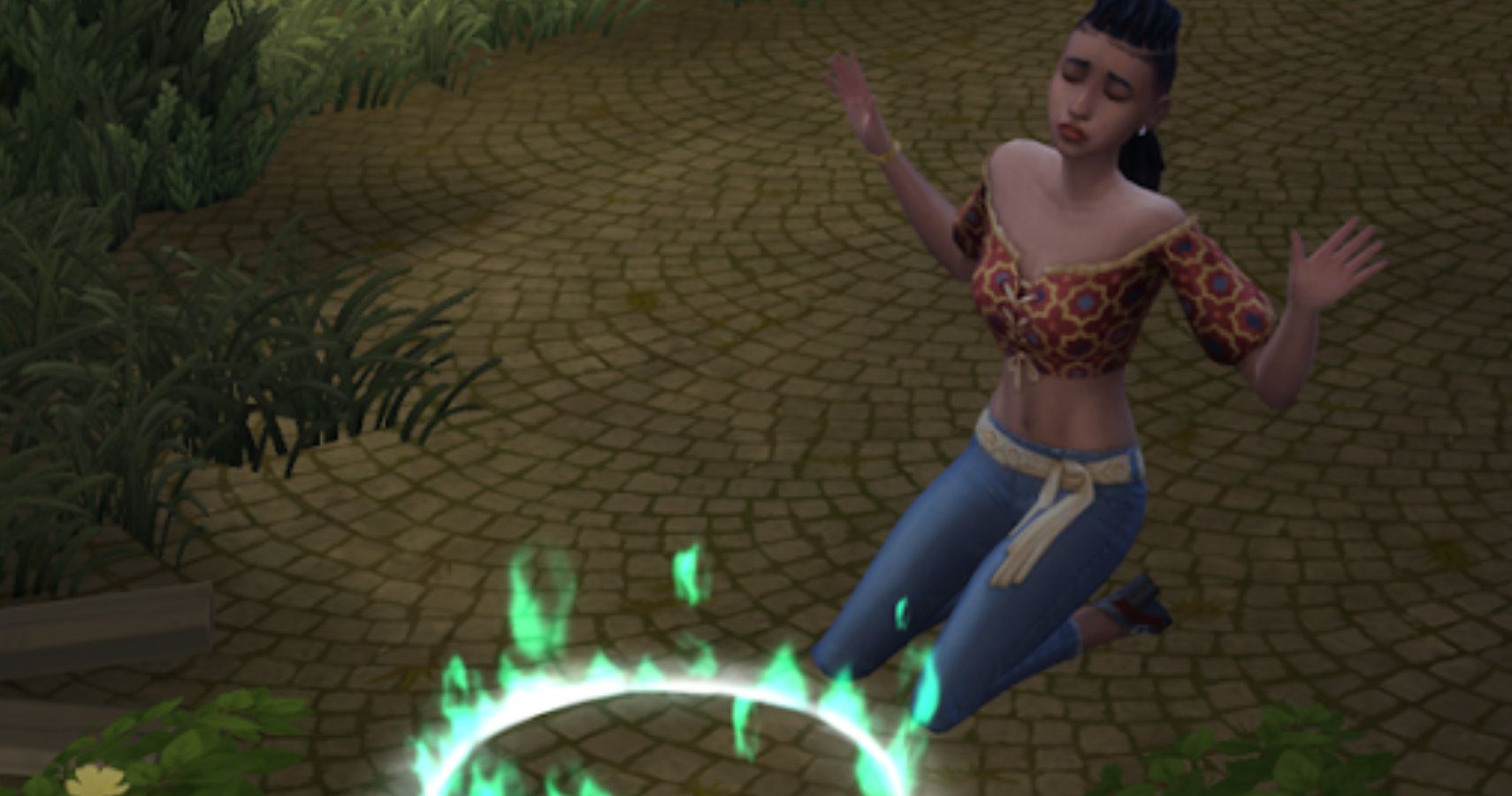 Interacting with the Seance table will also develop the Medium Skill which is useful for those wanting to pursue a career in ghostbusting. As your skill develops it is said to unlock new interactions on the seance table.

As Seances can be interrupted it also seems likely that building the Medium Skill will help Sims better control what happens when they connect with the specters in their home. 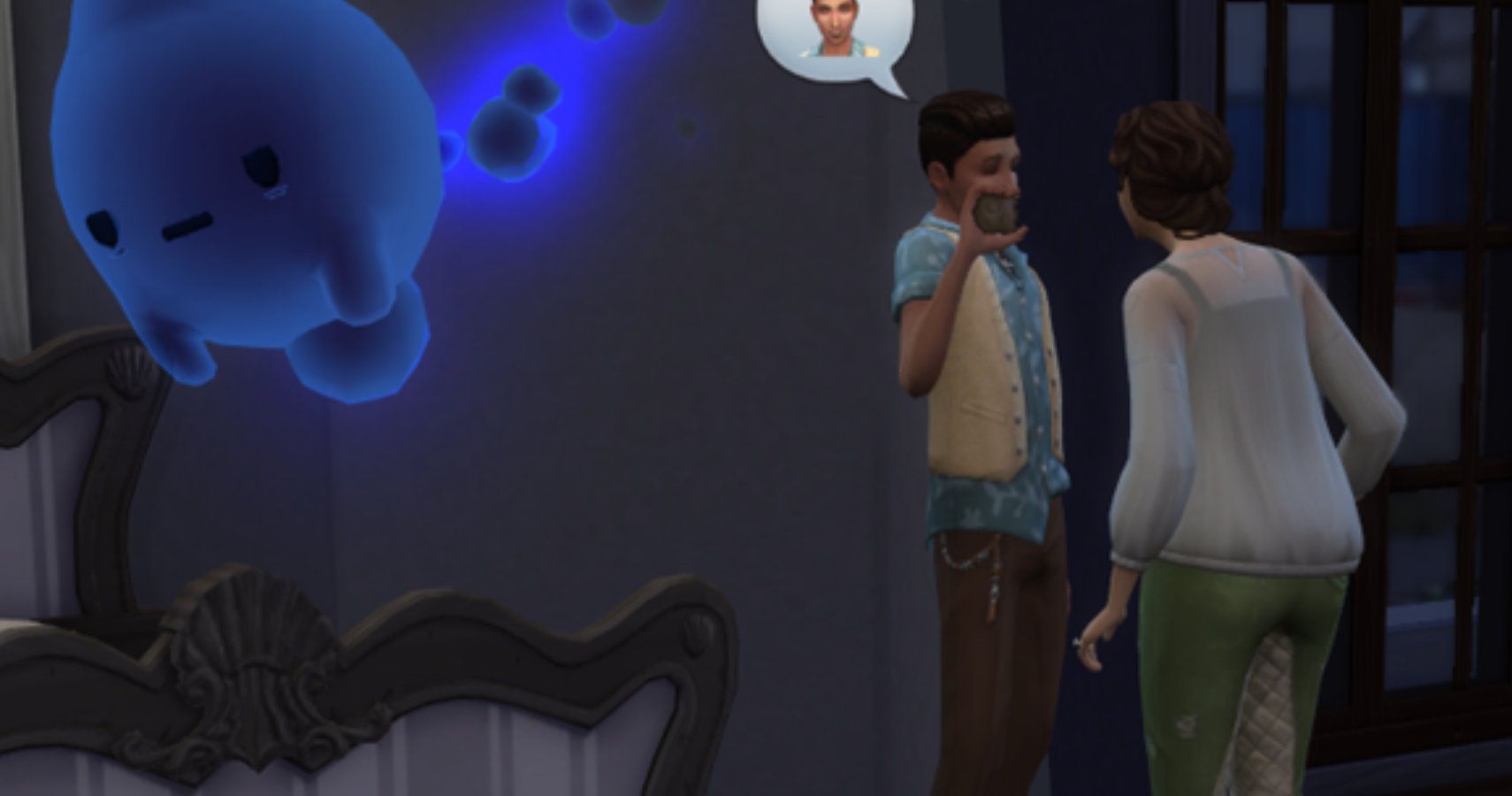 The Paranormal Investigator career is a freelance career that sees you sent on an investigation that can have either an easy, medium, or hard difficulty level. You’ll then be sent to a haunted location at 9:30 pm to solve the problem.

To get a license to practice this career you’ll need to hone your skills in haunted houses and sweet talk Guidry, who hands out the licenses. Apparently, you can also buy a license with reward points but we’ve no idea how bad things could get if you go out unexperienced.

For those who succeed there are said to be some weird and wonderful rewards, including specter-in-a-jar and exorcised dolls.

1 Gain Advantages As A Spellcaster 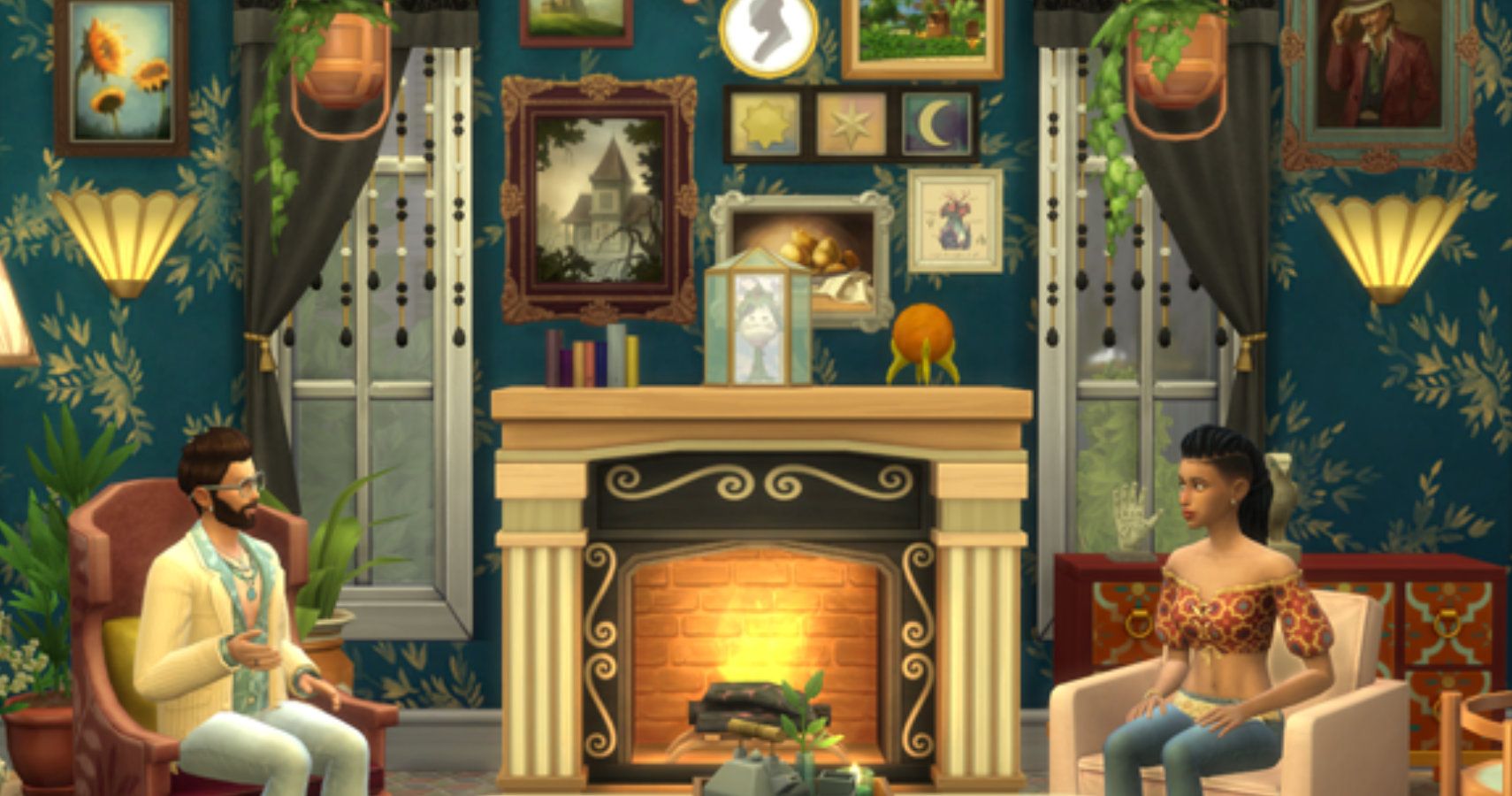 Those with a Spellcaster in their family can gain some advantages since they are already attuned to the spirit world. They’ll gain Medium Skill much faster and presumably, this will help them gain Guidry’s approval faster if they wish.

Realm of Magic is also just one of the other DLC packs that will interact with Paranormal Stuff. Pets are also confirmed to react to Haunted Houses and specters.

Next: Sims 4 Realm Of Magic: Which Branch Of Magic Causes The Most Chaos? 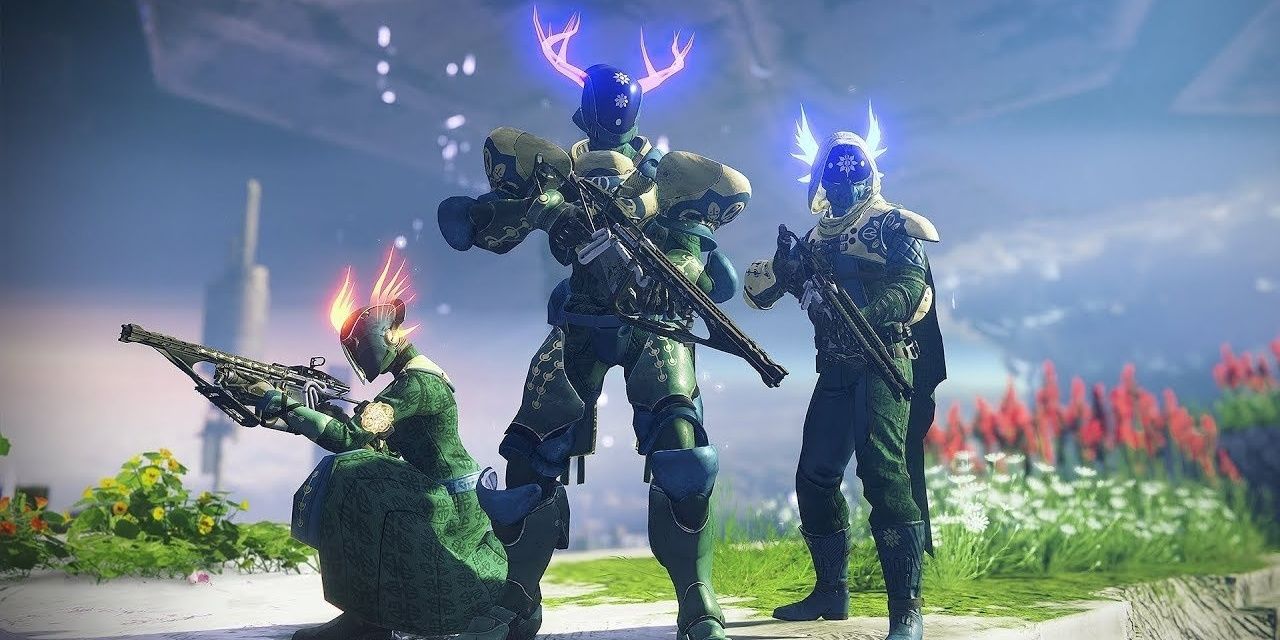