The PS5 Is Cooled With Liquid Metal And A Beefy Fan

The folks over at Sony have just released a PlayStation 5 teardown video which lays bare all the nooks and crannies hiding under their new console’s panels. Amongst all the bits and pieces is a powerful fan and even a dash of liquid metal, both of which are apparently going to help keep your new baby cool.

They won’t do a great job at keeping you cool whilst you salivate your way through the video, though. You’ve been warned.

At around time mark 3:33 in the video, Yasuhiro Ootori of Sony’s Mechanical Design Department takes out the rather generous fan which is embedded within the console, so we can get a closer look. It’s apparently a double-sided air intake fan, 120 millimeters in diameter and 45 millimeters thick. Earlier in the video you’ll see how the fan is positioned to allow for ample air to be drawn into the machine from both sides. This will of course make for a much more efficient cooling system.

If you watch a bit further along, you’ll get to see what is probably one of the console’s coolest features – liquid metal. That’s apparently what the PS5 is using as its thermal conductor. 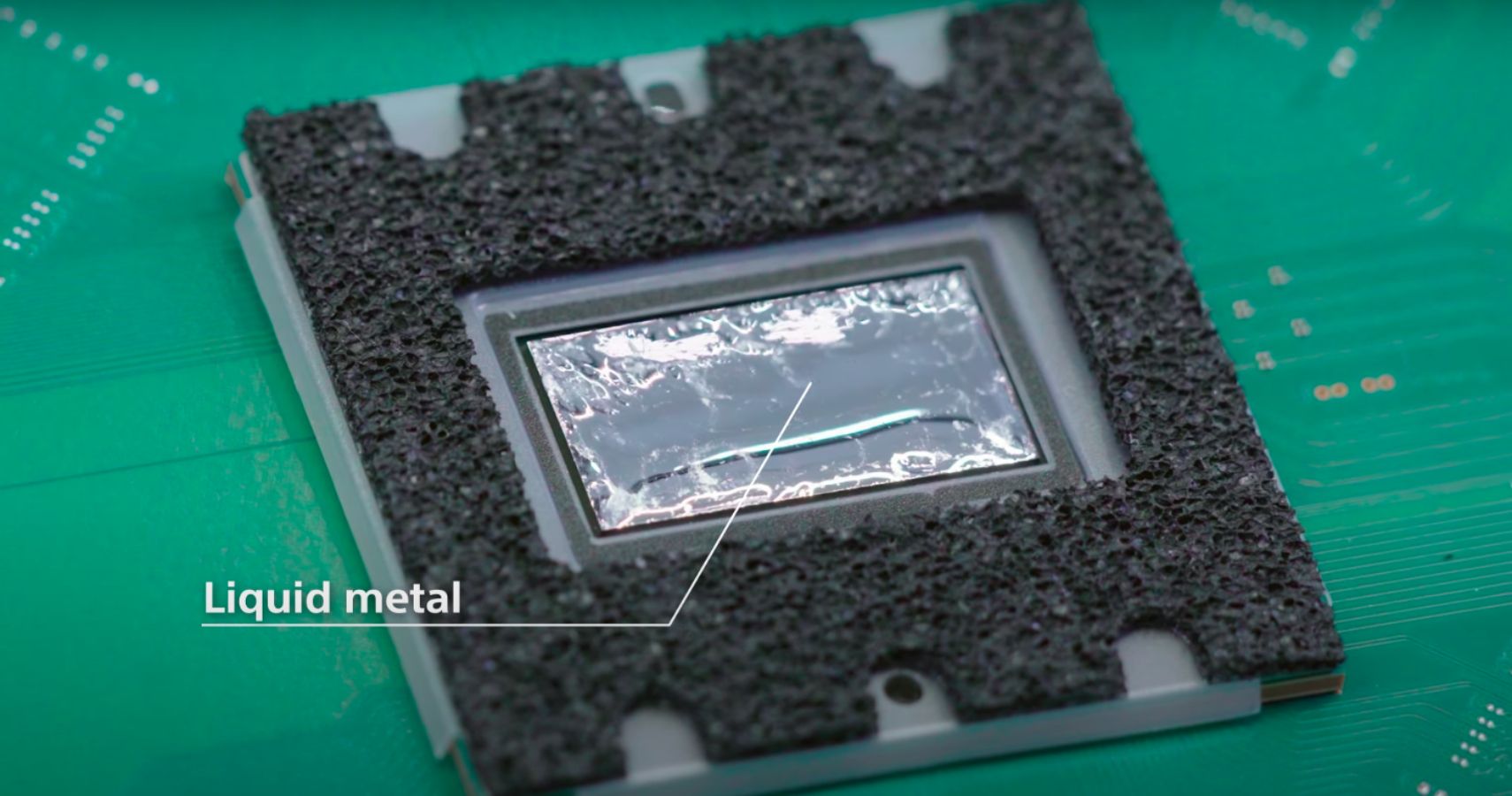 The next-gen console is evidently made up of a lot of really powerful components which will no doubt be whirring and spinning away for hours on end. They’ll therefore demand as efficient and reliable a cooling system as possible. That’s what the liquid metal and beefed-up fan will provide.

The liquid metal, whilst occupying a comparatively tiny area between the SoC (or “system on a chip”) and the heat sink in the console, will apparently “ensure long-term, stable, high cooling performance.” Sony has reportedly spent more than two years preparing, testing, and optimizing this liquid metal for use in their new console. The culmination of years of research and development seems to have led to a pretty damn impressive contraption.