There were some pretty big games at EGX 2022, including Street Fighter 6 and Sonic Frontiers, two games which I was already pretty much sold on and whose EGX demos just further cemented that excitement.

I enjoyed my time with Sonic Frontiers and have already declared Street Fighter 6 as 2023’s game of the year, but they weren’t the highlight of EGX for me. That honour goes to The Last Hero of Nostalgaia, a satirical Soulsborne full of meta jokes and a wonderful low-poly aesthetic. I hadn’t even heard of this game before EGX, making it all the sweeter when it turned out to be extremely my shit.

The Last Hero of Nostalgaia has you playing as a stickman warrior who’s sent into the code of a game that’s corrupted to try and get rid of whatever’s messing things up. This setting leads to many winks and nudges towards gaming, such as a green herb pickup (not that green herb), the expected nods to Dark Souls, and a key-shaped sword that had me pointing at the screen and jumping up and down like a simp. 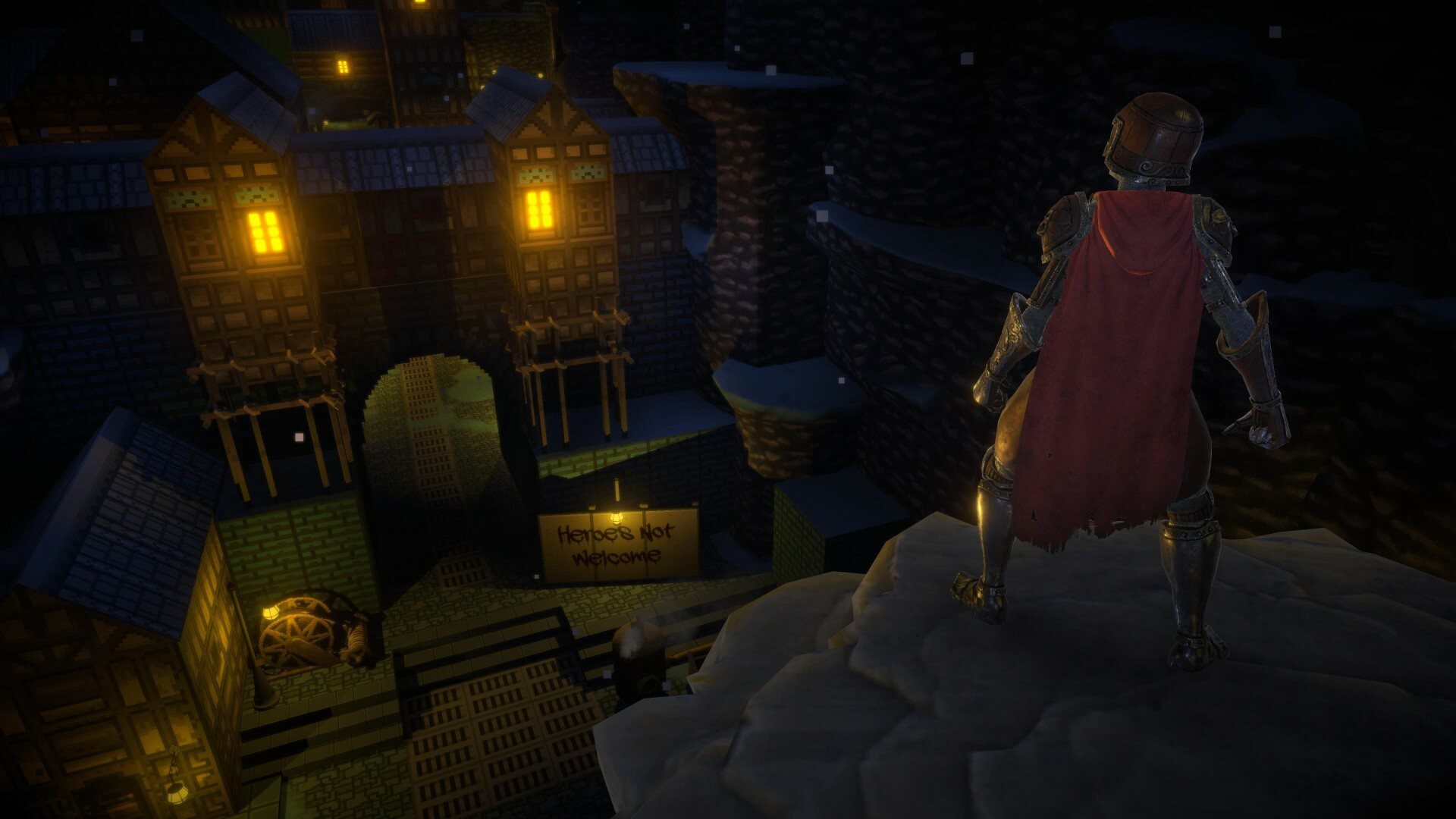 There are also a ton of meta jokes towards gaming in general, such as a staging door for NPCs, or just the narrator changing or announcing things as you go. Hell, even the first second of the game is a joke, opening with a character creator that doesn’t change a thing because, of course, you’re a stickman.

This sense of humour is Nostalgaia’s greatest strength, and exactly what makes it so appealing to me. FromSoft’s works are all purposefully drab and dreary which has never dragged me in much, but Nostalgaia takes a winning formula and slaps a personality on it, brightly grinning as it points out its little references and refuses to take itself seriously.

Speaking of that winning formula, Nostalgaia wears its Soulsborne influence on its stickman sleeves, to the point where it’s honestly hard to tell if it’s just the same engine or code somehow. It’s not just following the basic ideas of the genre, it’s down to the exact movements and weight of the running, rolling, and swinging, all of which mimic Dark Souls incredibly well. 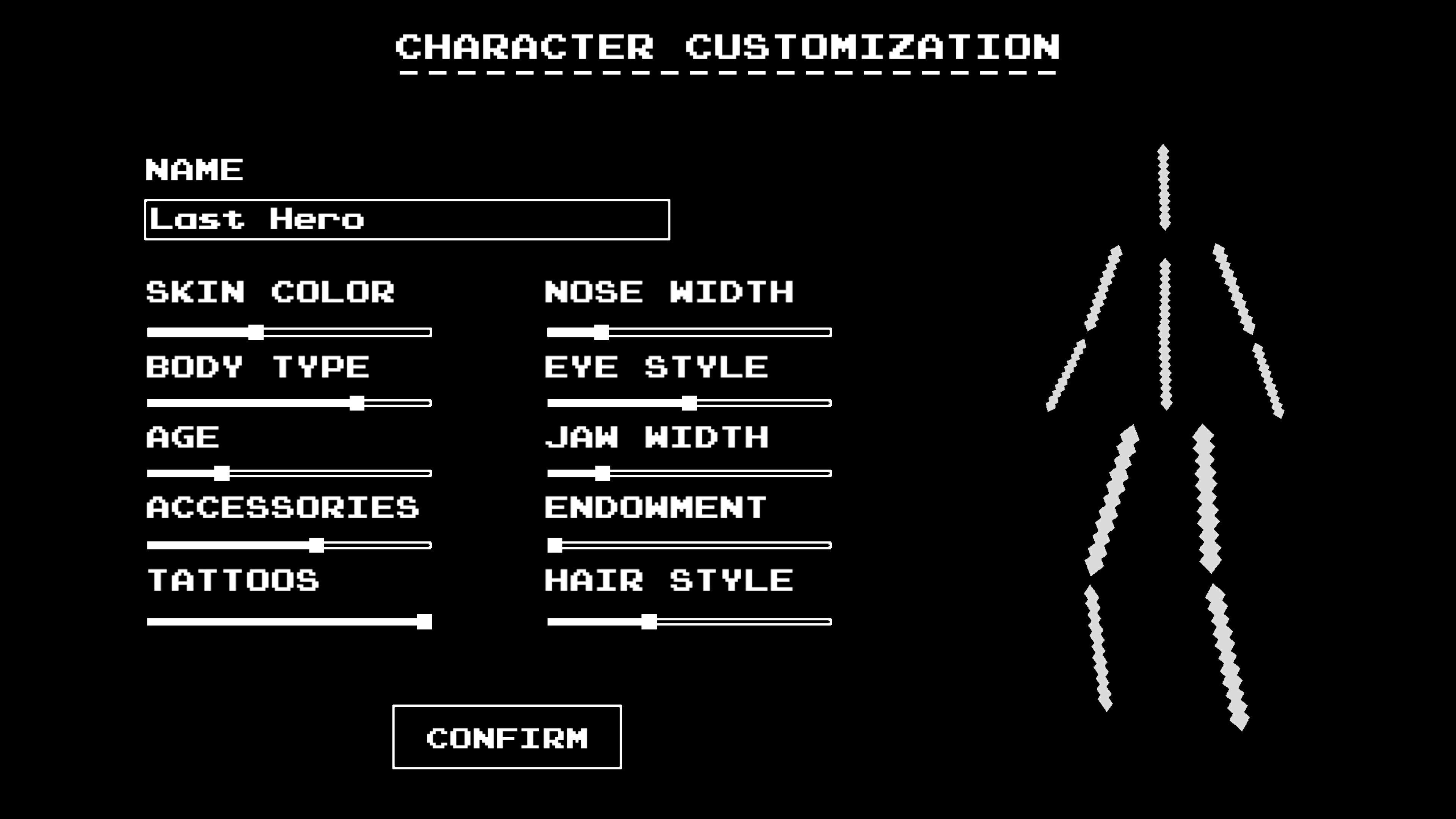 That may not be very original, especially in a world that has Elden Ring practically perfecting the formula, but it does mean that, from the get-go, Nostalgaia instantly feels great to play. My demo took me through the game’s first area, which was a fairly standard dungeon, although one that’s glitched out and gone all blocky.

Although Nostalgaia is a part of the Soulsborne genre, it feels a little bit more forgiving than the rest and far less stressful when you’ve got a narrator talking you through things, making meta jokes, and pointing out parts of the story like an ambush that was about to happen, giving you a bit of time to prepare. The only time when Nostalgaia felt close to the games it's inspired by was during a boss fight at the end of the demo, with a statue that could take you down in a few blows.

Whether that difficulty ever matches Dark Souls isn't clear, but I can't pretend I mind too much if it doesn't. I went into Nostalgaia based on the knowledge that it had a Keyblade reference and from being told that I’d probably like it well enough. I came out of it feeling like something deeper had clicked and that I’d finally found the take on the Soulsborne genre that was meant for me – that is, one that’s really stupid but a lot of fun.

My brief time with Nostalgaia meant that I still don’t really know how deep its mechanics go, but its tongue-in-cheek take on a beloved formula has my attention, and I can’t wait to do a Keyblade-only run and see what the rest of the game holds when it releases this October.