The Dungeon Of Nahuelbeuk: 6 Best Weapons

The Dungeon of Naheulbeuk: The Amulet of Chaos isn't exactly the most serious game in the world, but that doesn't mean you can't aim to win this funny turn-based tactical game. After all, past the eye-rolling jokes and hilarious characters, this is a relatively challenging game to win.

Luckily, there's one element that can help you complete the game, aside from skill and a bit of luck: the weapons. They were not made equally, and it's up to you to find the right one for each member of the party. Looking for a powerful weapon to destroy some enemies with? Look no further than these deadly tools. 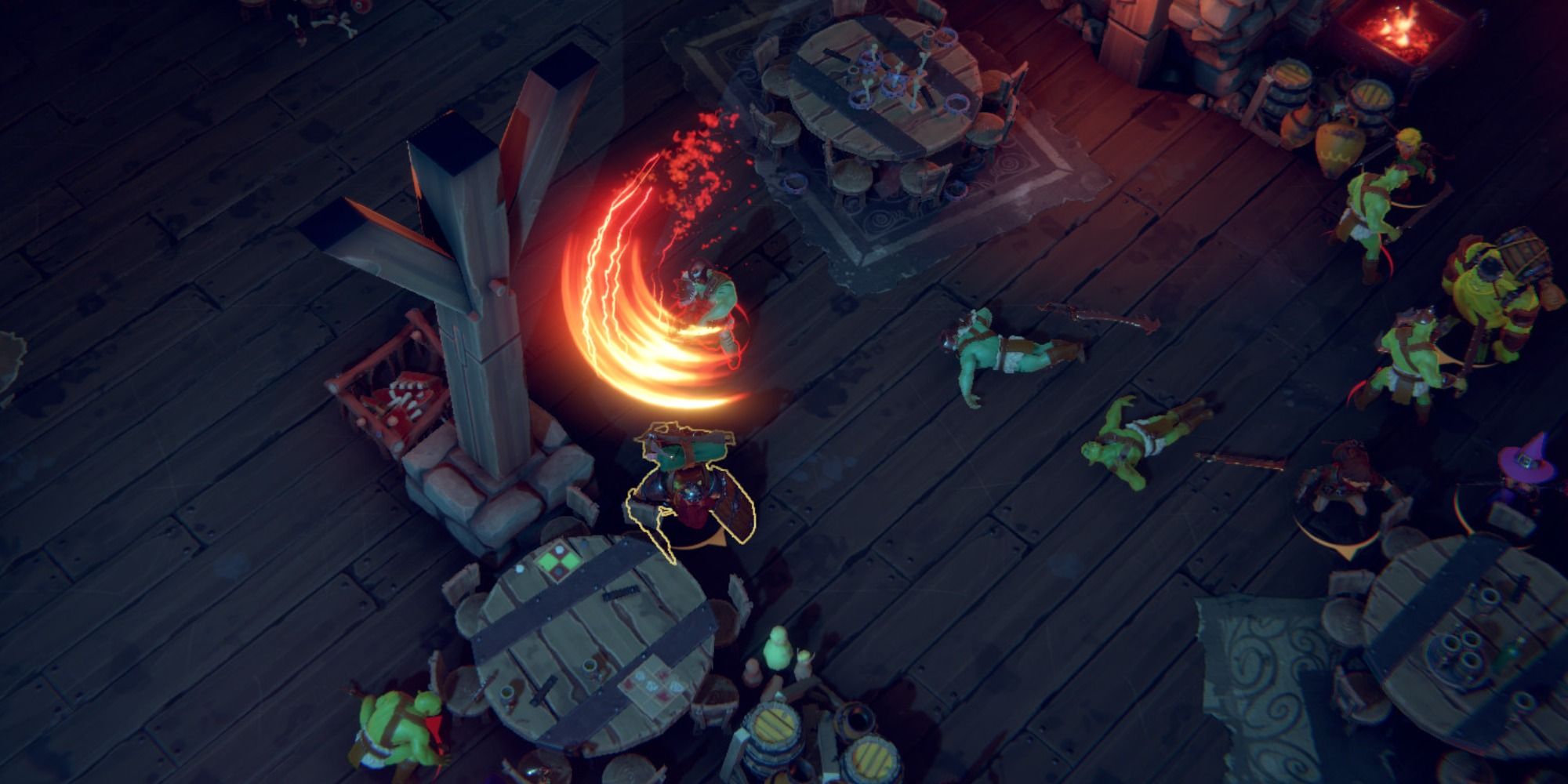 This crossbow is pretty much what it says it is. It's okay, none of the weapons in this game particularly stand out from the crowd, but for the most part, the useful effects of a good long-range weapon are always fun to use.

This is the case for the Okay-ish Crossbow of Grangrenous Infection. It can be used by the Dwarf, the Thief, and the Paladin, making it a pretty versatile weapon to find. Moreover, as well as the damage range of 18 to 21, the crossbow has a chance to poison the enemy. While it may only be a 20 percent chance, any opportunity to poison an enemy is a good one.

You can buy it at the Dungeon Shop in Chapter Three. 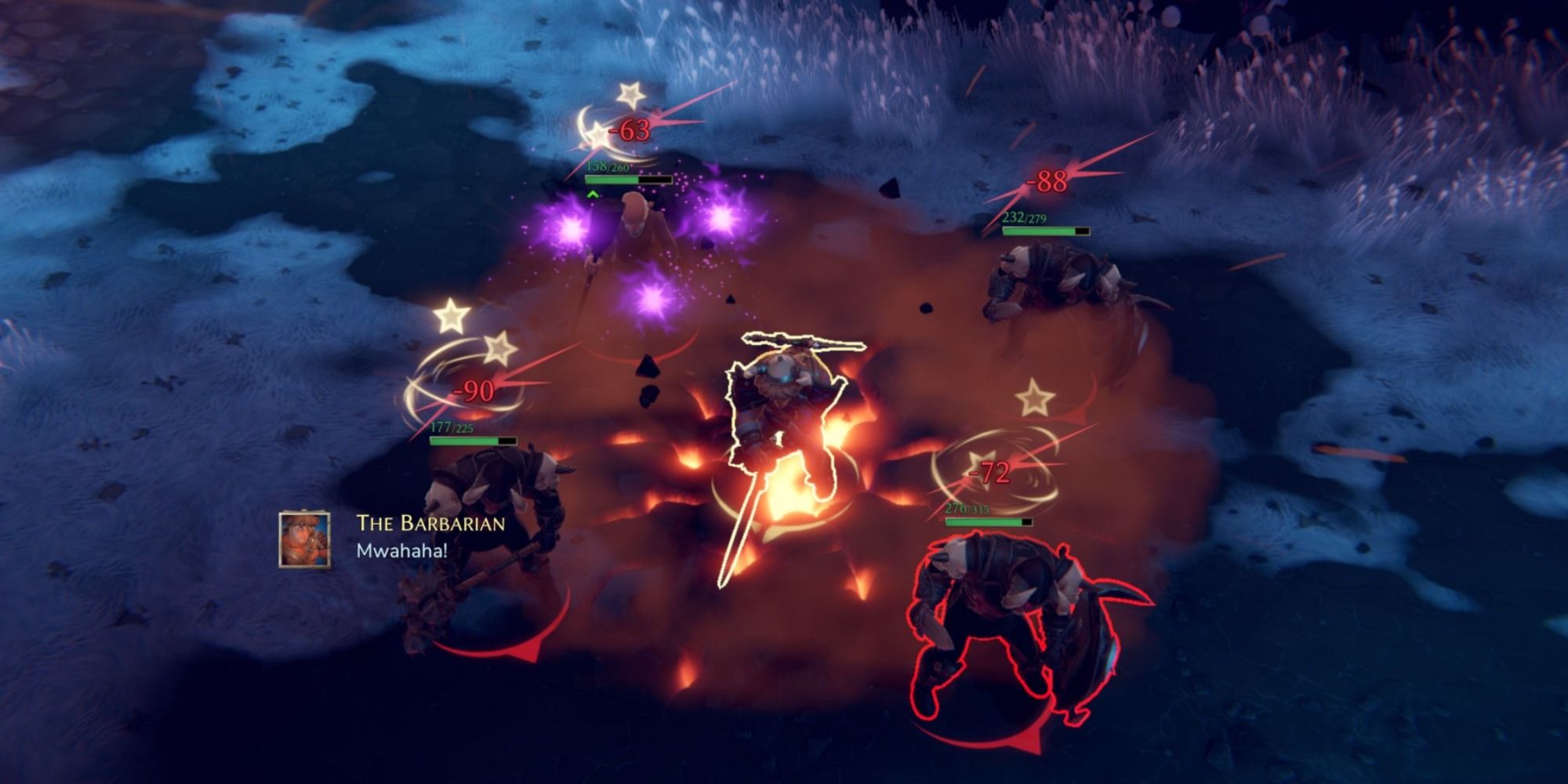 Available for the Barbarian only, this isn't as versatile as the crossbow but will be much more powerful when this beast gets hold of it. After all, the Claymore of Buttkickin' has a damage range of 29 to 44, making it one of the most powerful weapons in The Dungeon of Nahuelbeuk. It also has a great critical chance and just seems perfect for the Barbarian's skills and damage output.

While it might be a little tough to get, this Claymore is the best weapon available for the Barbarian and is well worth spending the money on.

You can acquire this weapon as a battle reward in Chapter Two by defeating the Campion, Paladin, and Warrior of Fail. 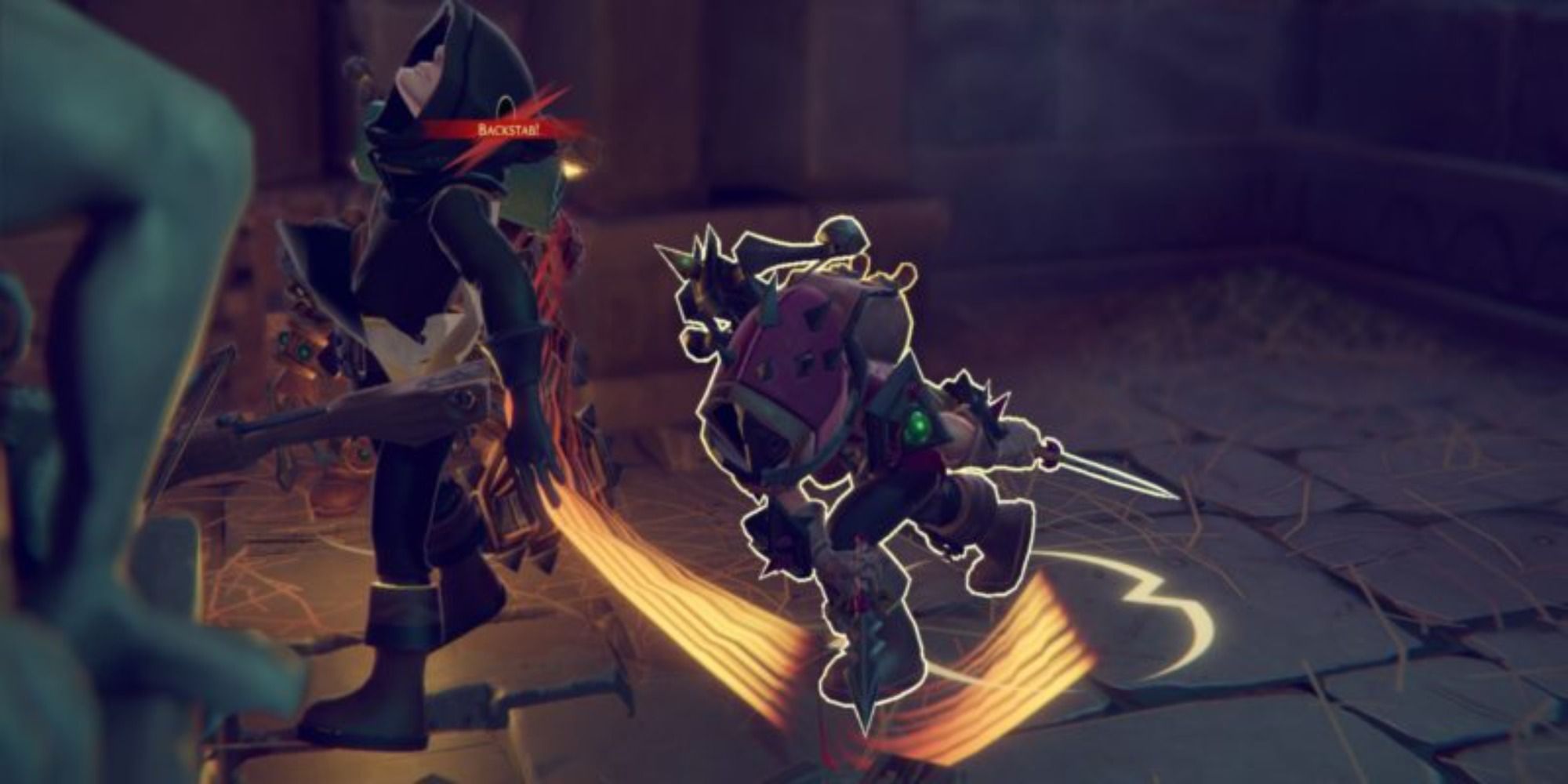 While the Daggers of Betrayal has higher maximum damage, the overall pool is better, which makes you more likely to do some good damage on an enemy.

Moreover, these daggers grant the Thief the ability to inflict a negative two courage on the enemy. This lasts for two turns and can turn the tide of a battle.

You can get the daggers in Chapter Two by looking out for loot at the shop. 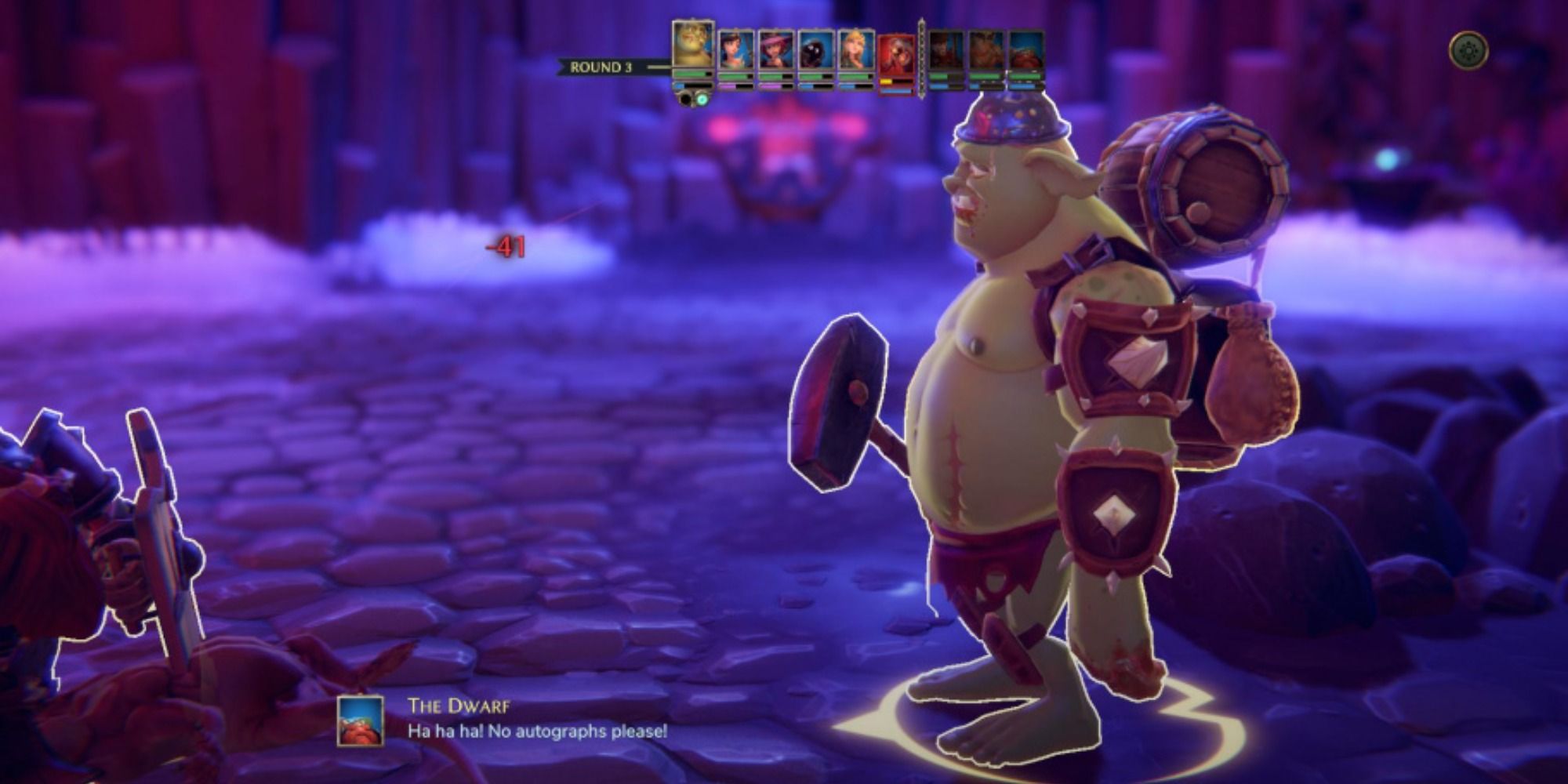 One of the best weapons to give the Ogre in The Dungeon of Nahuelbeuk is the Limp Great Hammer. This is primarily due to the impressive power, great critical chance, and decent critical damage. While the criticals are great, this weapon actually thrives in its damage, which is what makes it so perfect for a character like the Ogre.

With a damage range of 26 to 44, you have the opportunity to allow the Ogre to do some serious damage to an enemy, even killing them in one hit at certain points. It may be a relatively heavy weapon but with that kind of damage, it's well worth it. 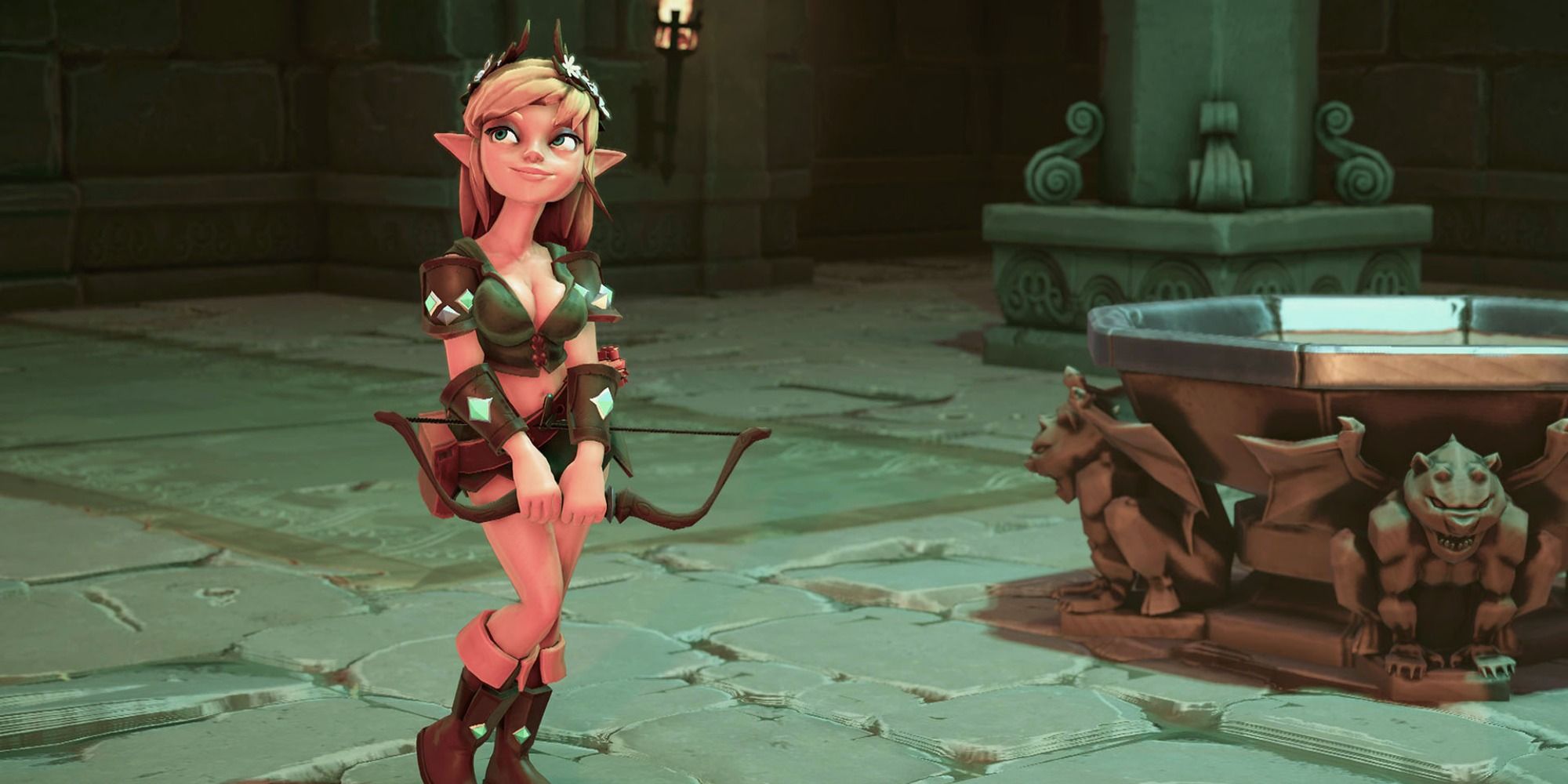 Made solely for the Elf, the Folonariel Ordinary Longbow is one of two routes you can go down. If you prefer to go for ranged tactics, this is the best weapon for you. If it's melee you'd rather go for, head for the Shortsword of Turnip Peeling.

Nevertheless, compared to other ranged options, this is pretty much the only and most natural upgrade for the Elf. It has a damage pool of 18 to 27, which is much higher than the starting bow she has. It also has a higher critical chance and weighs just slightly less. So, with good damage, a good critical chance, and a great range, there's not any reason why she shouldn't get this bow.

Look for this bow in Chapter Three on the Cultists of Dlul quest. It's located within the loot in the room to the right of the training room. 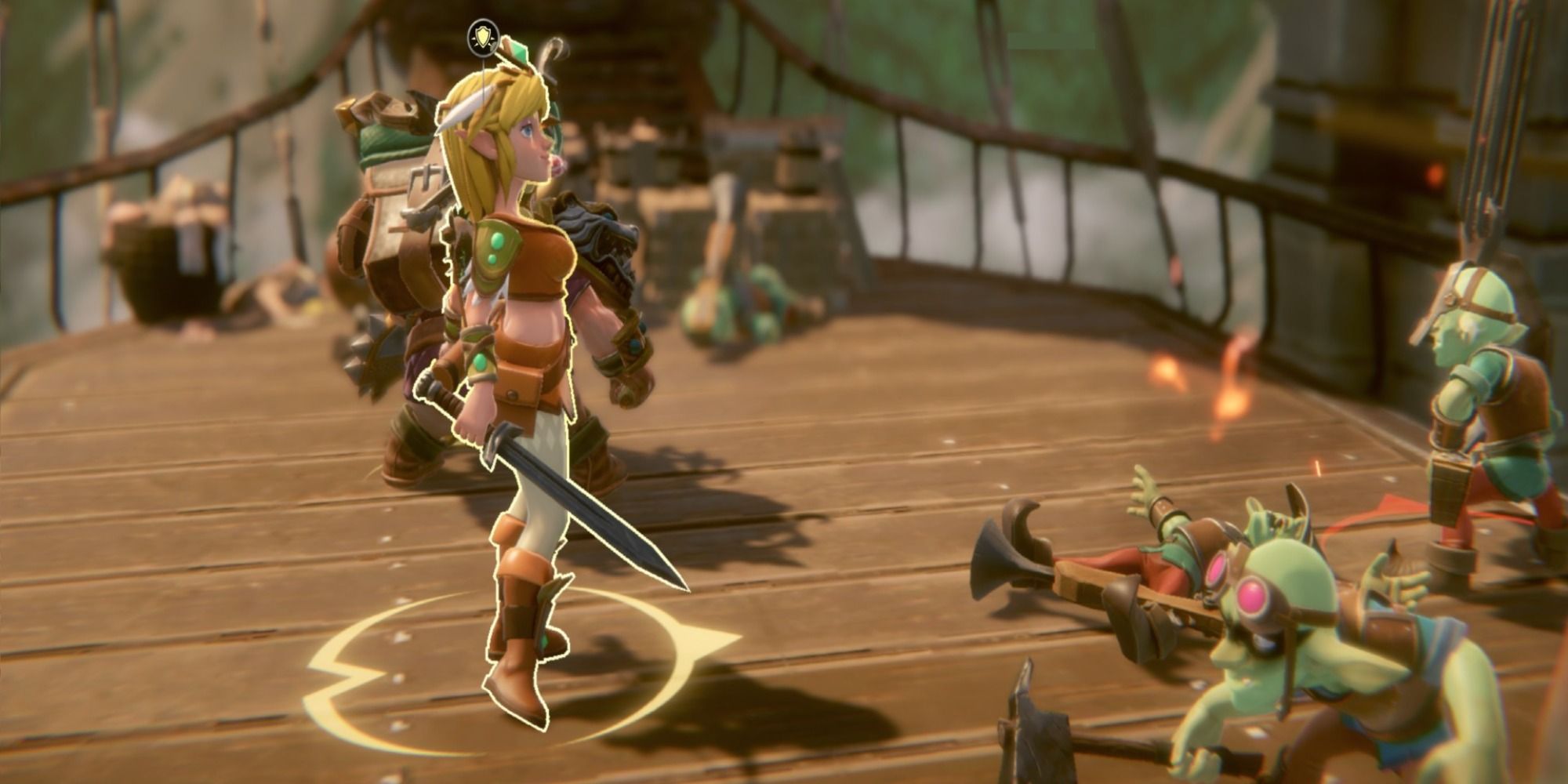 If melee is the way you prefer to play the Elf, then the Shortsword of Turnip Peeling should be your weapon of choice. It's quick, strong, and has a good critical chance, even if it is a little heavier than the likes of the bow or other available short swords.

Nevertheless, it's a great improvement to the Lame-ass Shortsword and is a decent weapon to use if the bow isn't what you want. It's not as good as the bow – even her starting bow – but it will do the job and carry you through the game just fine.

Get the Shortsword of Turnip Peeling from loot in Chapter Two on the Help the Priestess quest.