Home » News » The Dark Pictures Anthology: The Devil In Me – Plan Scene Walkthrough

The Dark Pictures Anthology: The Devil In Me – Plan Scene Walkthrough

You’re entering this next scene in The Dark Pictures Anthology: The Devil in Me fresh off of a potentially torturous one, catching up with the surviving members of Lonnit Entertainment as they regroup following what may have been a brutal death. Regardless, your survivors know that the Murder Castle is booby-trapped, and they need to get out sooner than later.

Now, your crew needs to push past their nerves and try to figure out how the hell they’re getting out of a dangerous hotel on an island. Follow along with them in this scene as they try to work it out.

Fans of The Dark Pictures Anthology are no strangers to games where their choices make a noticeable difference to the story. Because of this, The Devil in Me can play out in a number of ways.

Regardless, we’ve played through the game several times to catch everything we can for you. 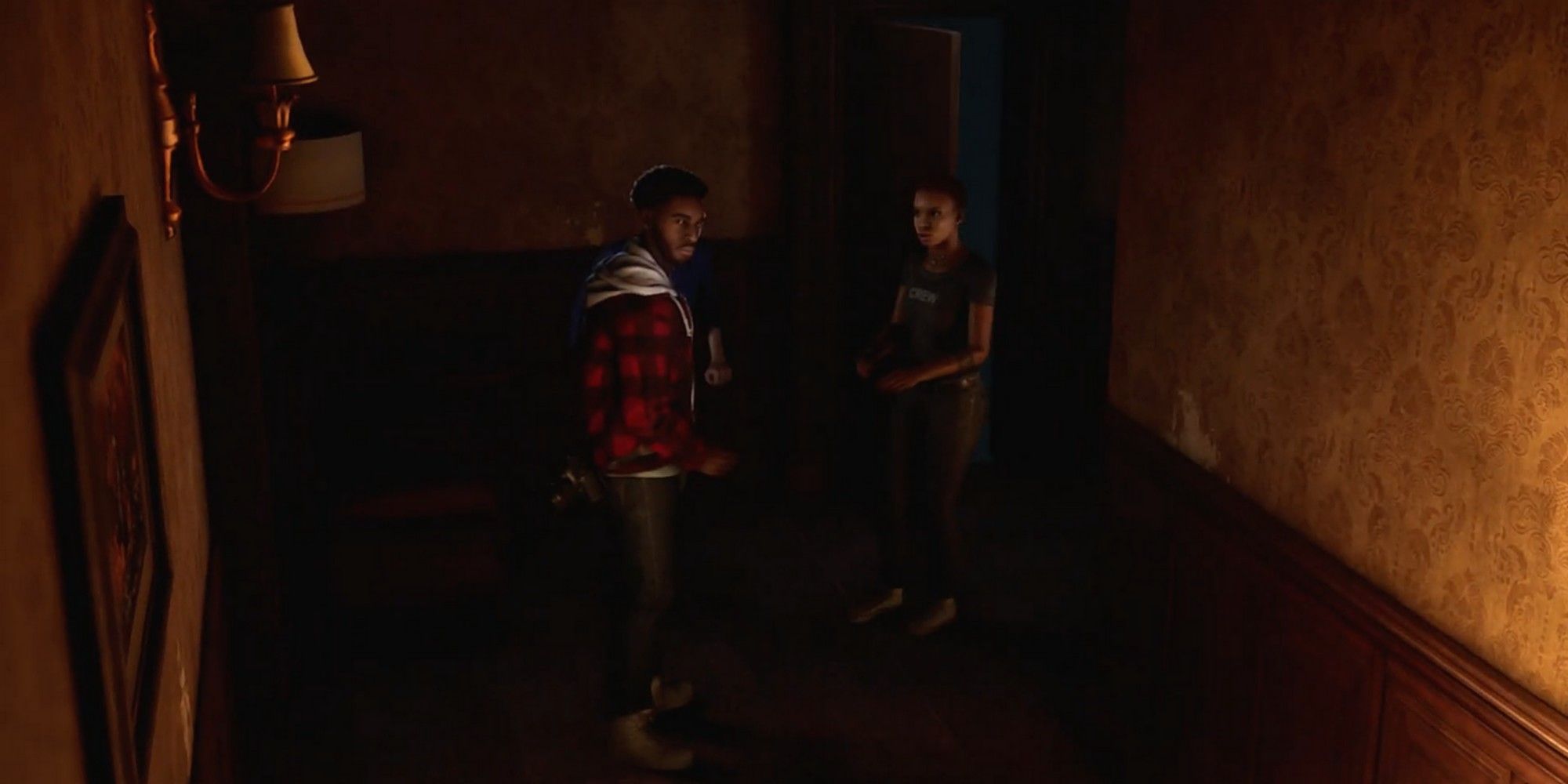 While this scene is purely cinematic and therefore features no decisions to be made, we still wanted to include it in our coverage of The Devil in Me for completion.

This scene can play out differently for you, depending on a number of decisions you’ve made so far in your gameplay. No matter if you saw the Surgery scene last or have just finished dealing with the suffocation trap in Breathless, the story reconverges on itself in Plan.

The biggest possible alterations come from who you still have alive at this point. Neither Jamie nor Mark have come to their first potential deaths yet, so they'll be present no matter what.

If Erin died in the dark room in Blackout or during the Silver Ash scene, her death will just have been confirmed in the last scene. If she died, the scene begins with Jamie upset. If Erin is alive, she and Jamie have a short but heartwarming conversation.

Regardless of what’s gone on so far, the group circles back to try to work out an escape plan. They rely on their criminal profiling expertise and devise a plan to get to the lighthouse.

However, if Erin is both present and found the tape in Silver Ash implying that Charlie is complicit in the killings, she mentions it in this scene.

But before the group can leave for the lighthouse, the killer changes the hotel layout to isolate each survivor.