If you’ve taken to a deserted island in Animal Crossing: New Horizons then it won’t be long before you discover that you’re about to owe Tom Nook a large number of bells, the island’s main form of money. Even once your initial bell based debt has been paid the canny investor will ask if you’d like to take another loan for a larger property.

Your house alone will be costing thousands of bells and that’s before you start to look at those essentials like decor and furnishing. So how do you get all those bells? Here we take a look at ten of the easiest ways to make bells and fast in New Horizons. 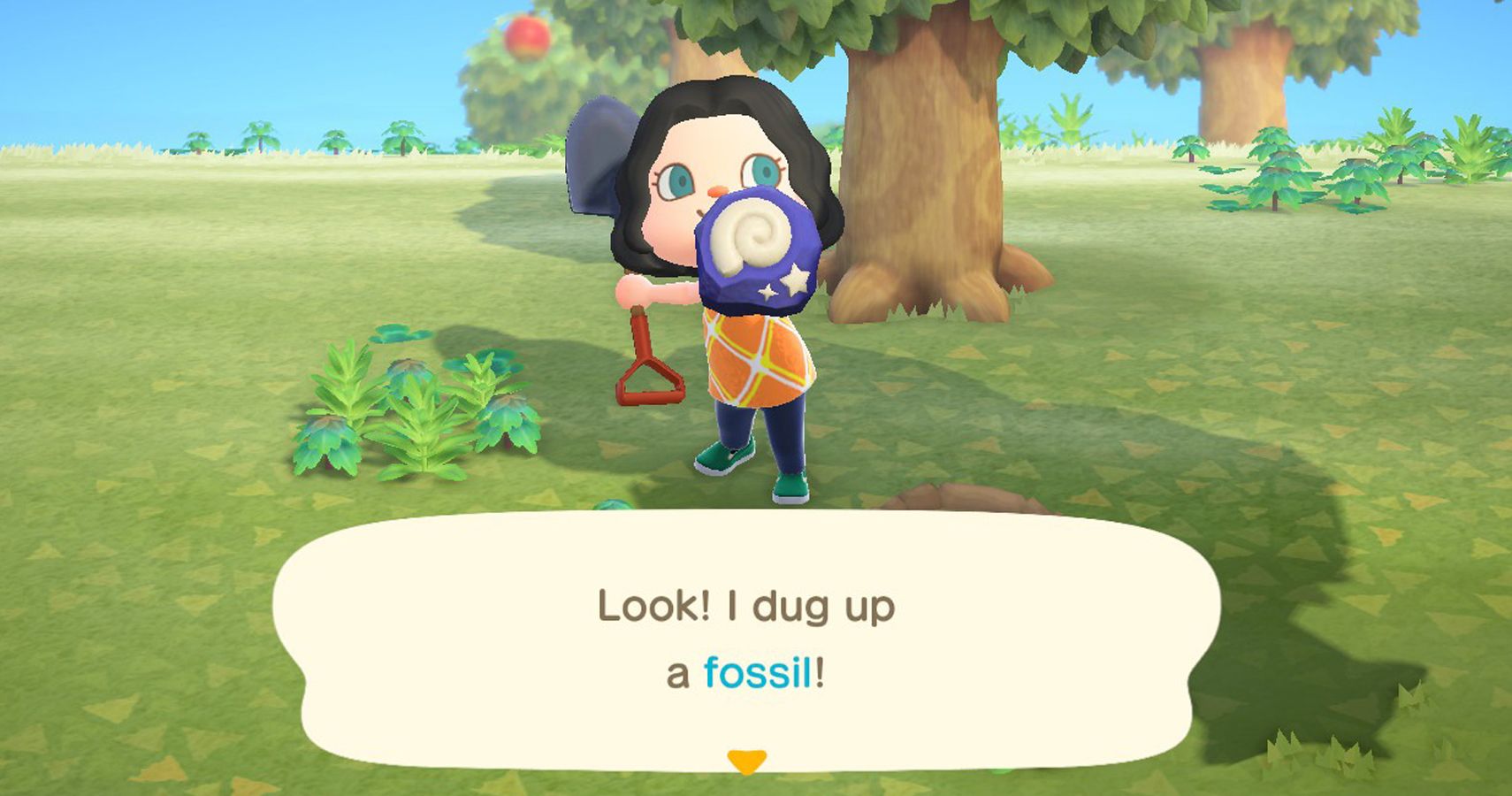 While Blathers may want your fossils those looking to make money first and nice things later may want to get some appraisals done then run away with the goods, straight to Nook’s Cranny.

All fossils will need to be assessed by Blathers but once the museum is open he can assess in bulk and will hand you them back. Some of these can be big earners so turning them over for bells can be very profitable indeed. 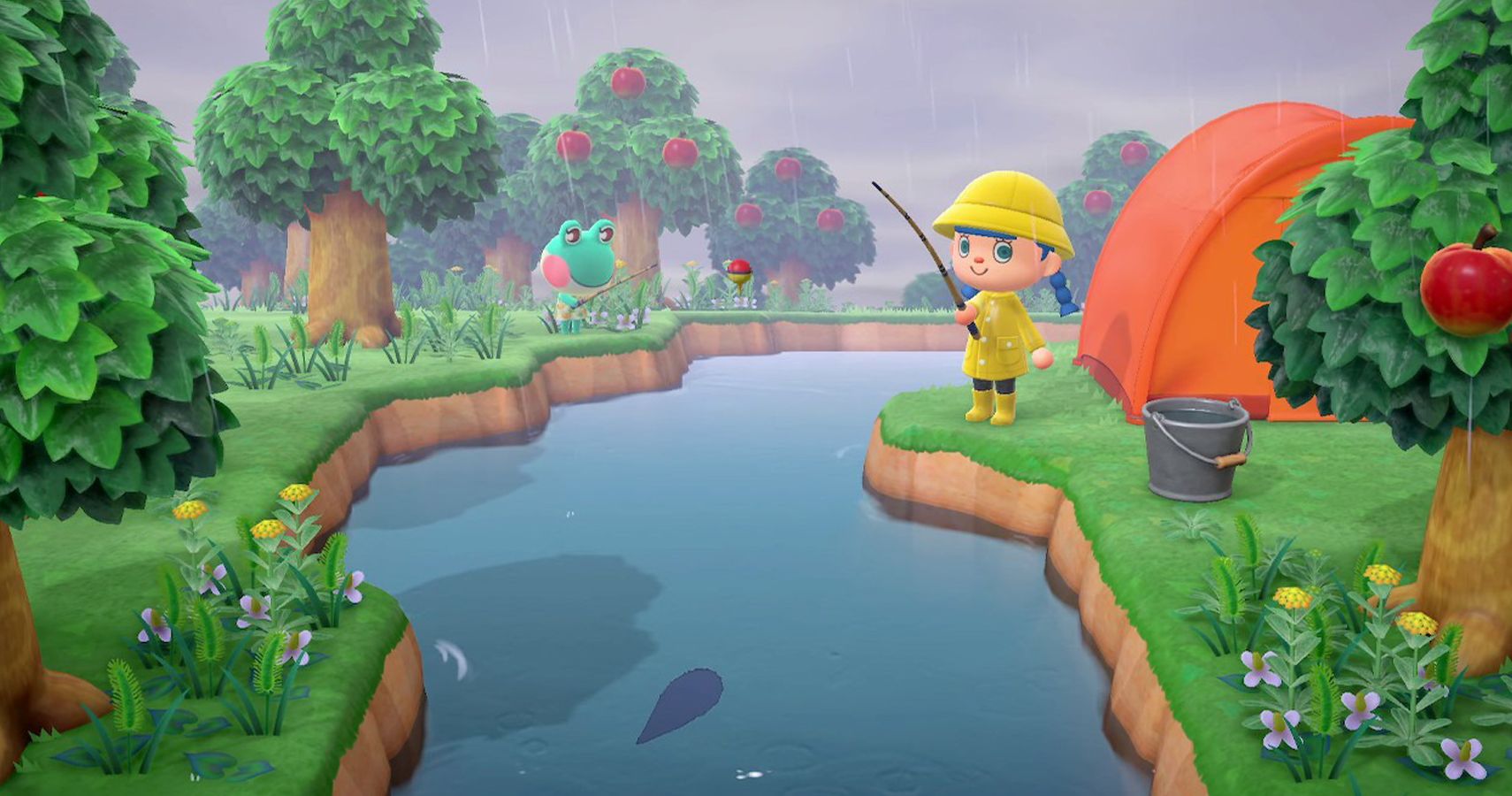 Catching and selling fish is trickier but is another great way to make bells. A particularly common high-value catch is the Sturgeon. It has a large shadow and only appears in the mouth of a river as it meets with the ocean.

Once you have a shovel make sure to collect some manilla clams to make fish bait. Using the bait means fish will appear more frequently, making catching and selling them a much quicker process. 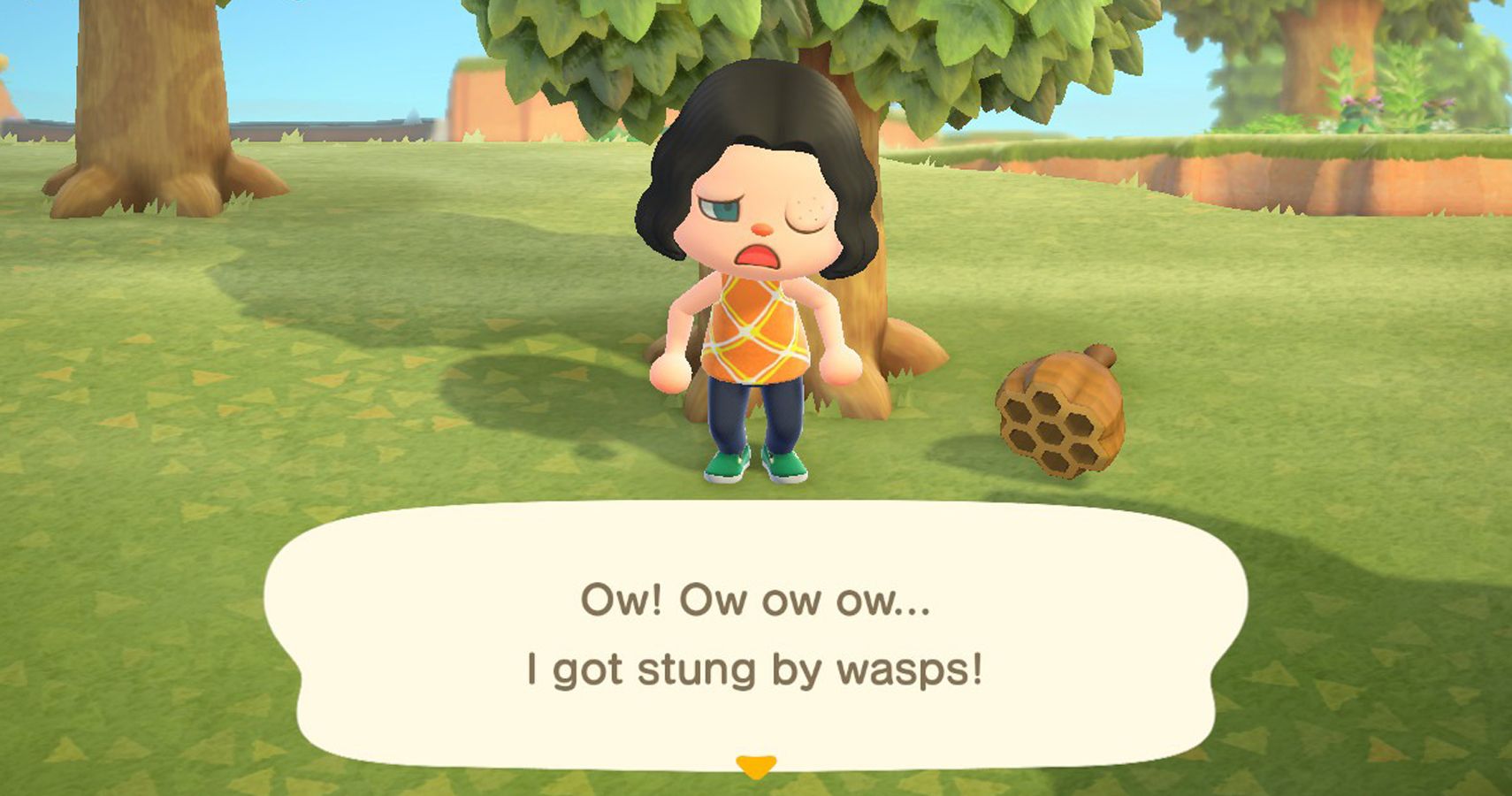 Bugs will vary in value but they are frequent visitors so catching and selling them is an easy money maker. This is especially true once you have more inventory space.

Rarer butterflies, such as the paper kite butterfly, can earn you a few thousand bells and tiger beetles and tarantulas are frequent visitors that reward players greatly. The key to catching tricky bugs is to approach slowly, stopping at any signs of movement, and make sure your aim is correct as you’ll often only get one shot with a rare bug. 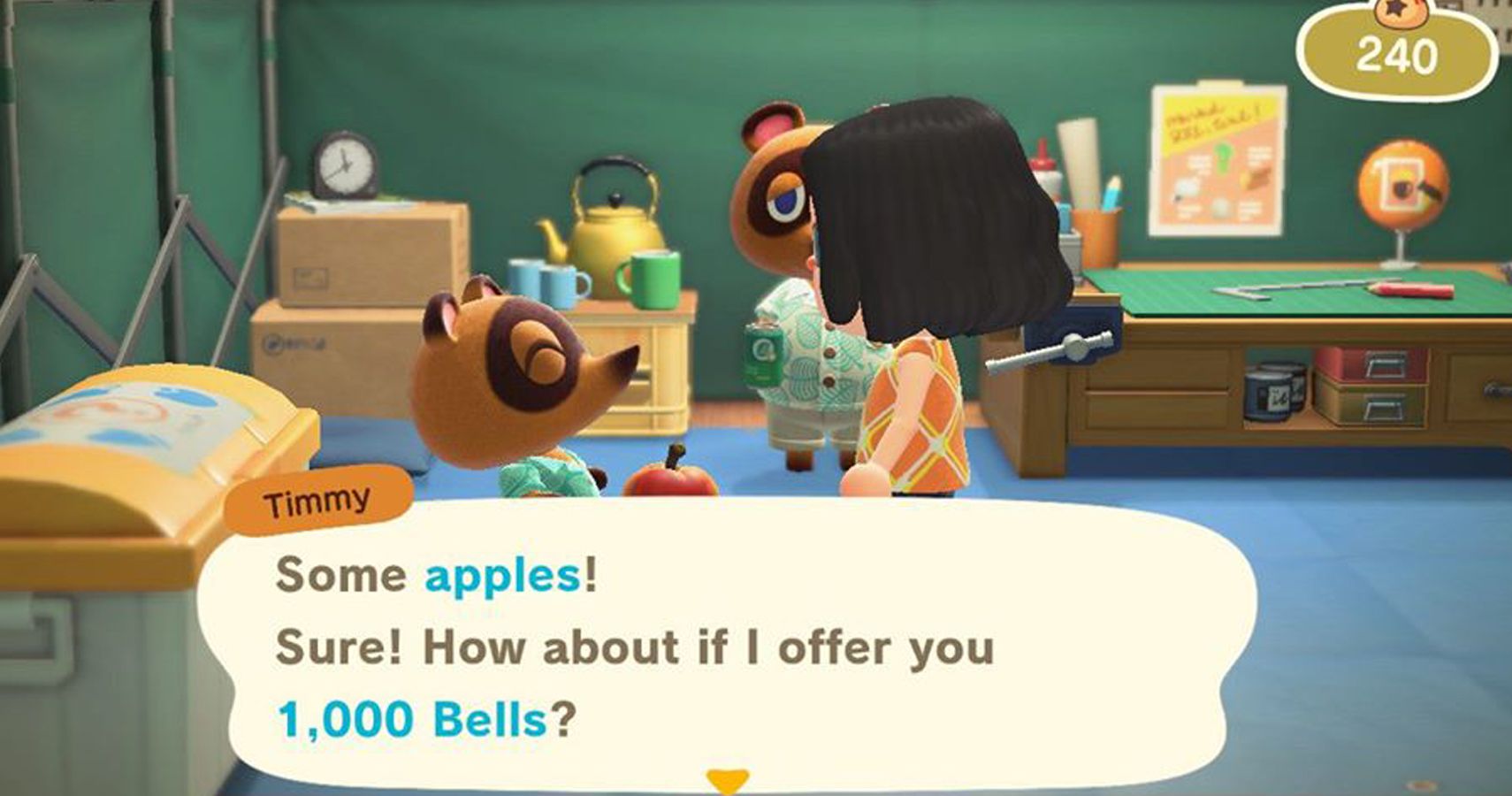 Your island will grow one type of fruit, cherries, apples, peaches, pears or oranges. This is called your native fruit and regardless of what it is, it will sell for 100 bells each. The key to profiting from fruit is in collecting the fruit of a different type from other islands.

You can collect fruit from friends islands or Nook Islands, visited by spending Nook Tickets. Planting the fruit will yield a bountiful reward in a few days time. You can also take your native fruits with you and sell them on your friend’s islands for the same profit. 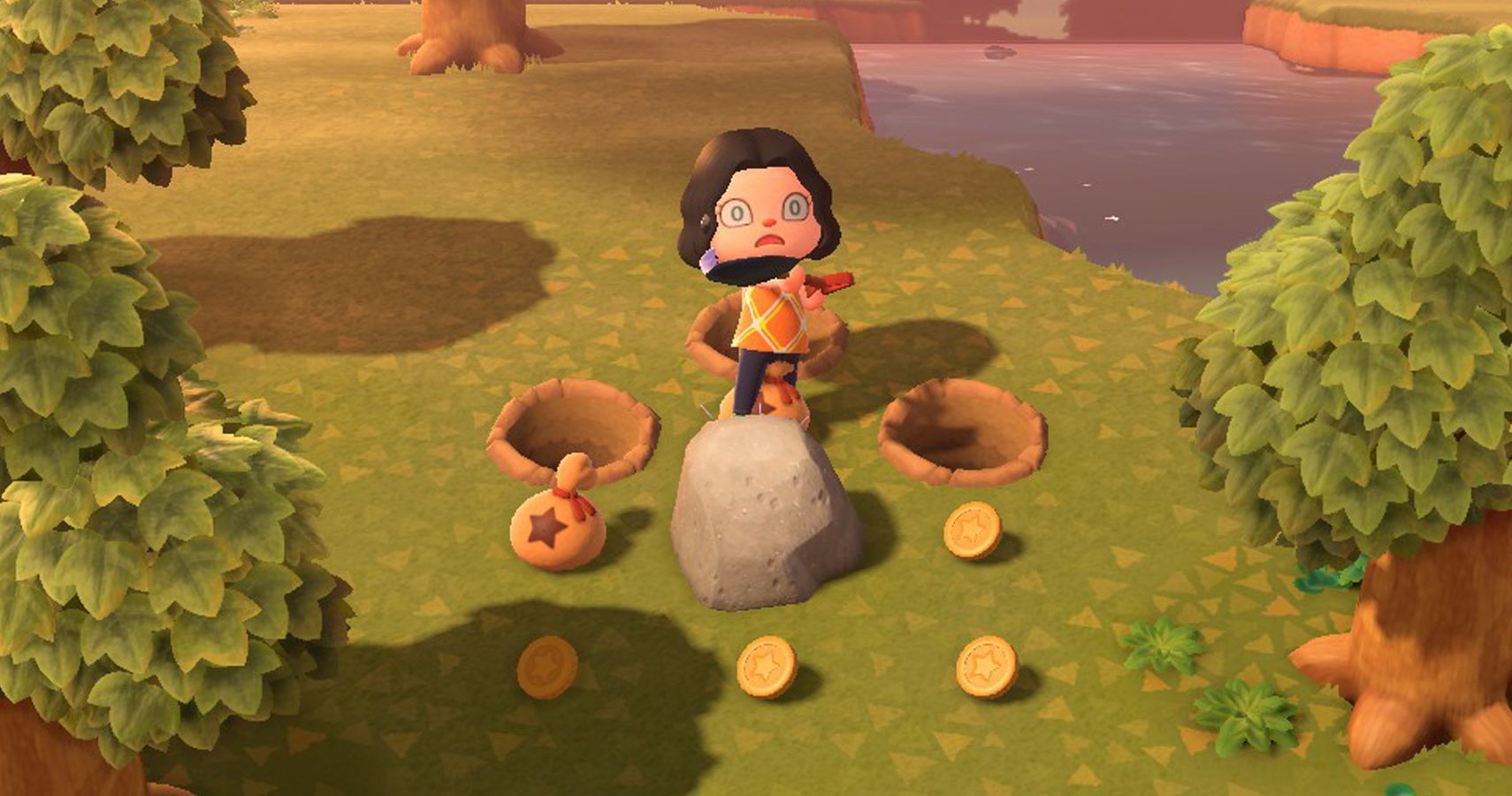 Whatever your layout, there are five rocks on each island. Every day four of these will provide stone, clay or iron nuggets and the other will give you bells. Learning how to hit the rock the maximum number of times in a row will yield 20,000 bells.

The key is to hit the rock eight times in a row, without stopping. Often the game scuppers you by throwing you backward. The key to avoiding this is to dig holes behind you to keep yourself in place. 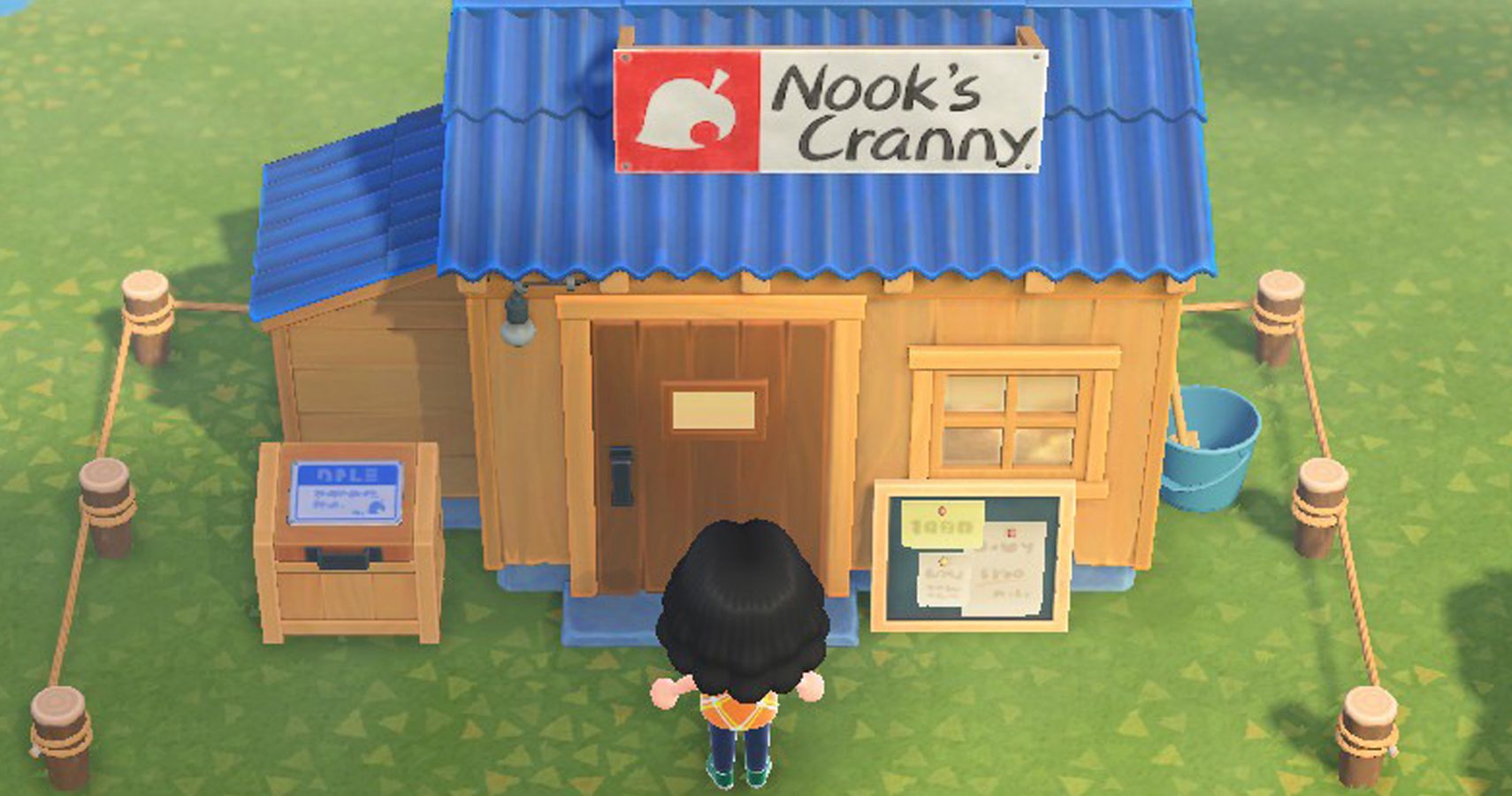 The Nook’s Cranny store is the first you build and can be unlocked quite early into the game, especially if you use the hole trick to harvest your resources. Once open the store will have a different hot item each day.

You can find out the day’s item by asking Timmy and Tommy or checking the sign outside. This item will sell for double value so keep a supply of crafting materials on hand and you can profit from crafting and selling this way. 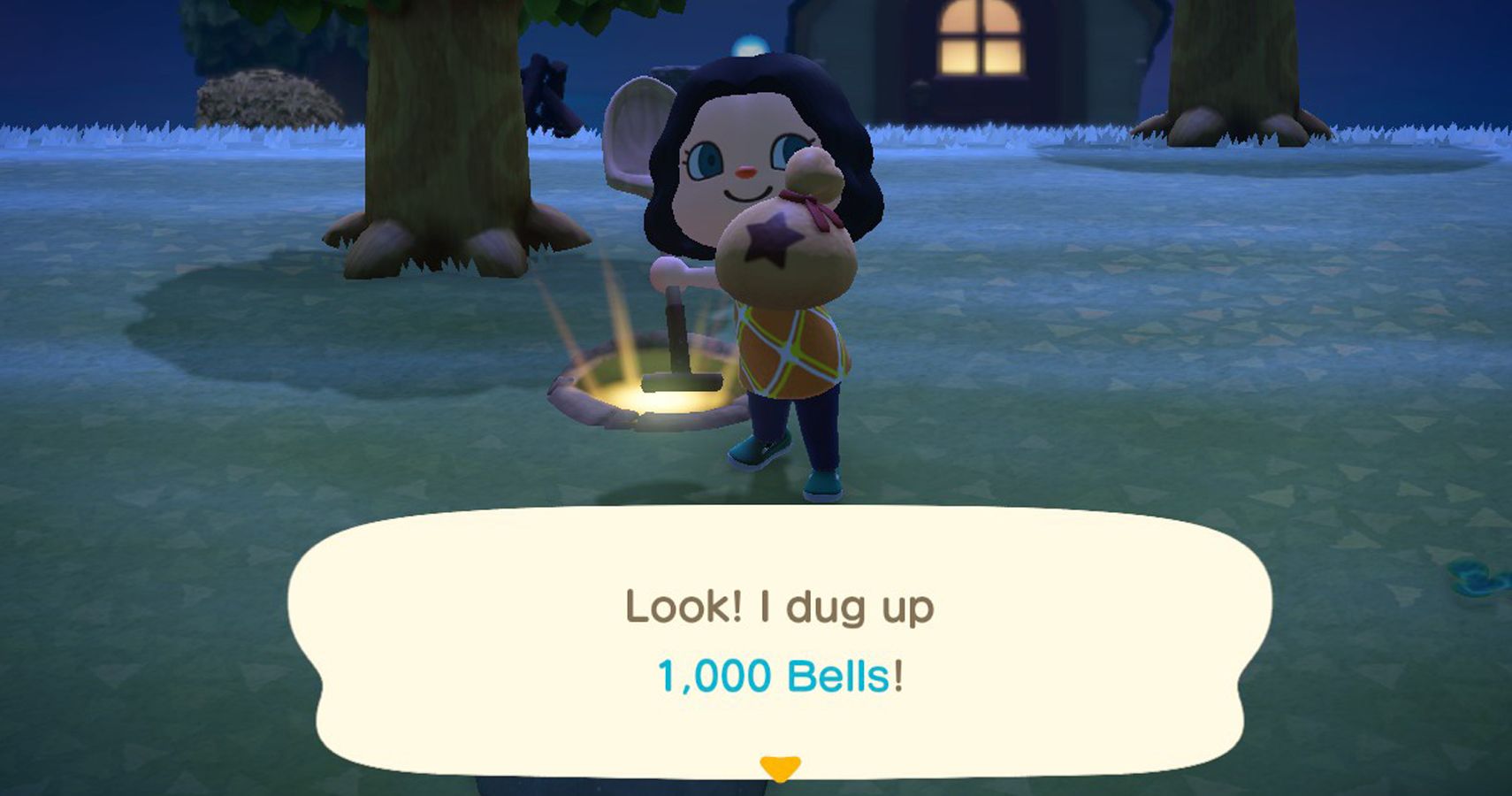 Every day you can find a stash of bells hidden on the island, indicated by a small glowing marker. Simply dig here to instantly gain 1000 bells. After you’ve received your treasure you’ll notice the hole is still glowing.

The bells you just collected come in a bag and planting this bag back into the hole will produce a bell tree in around five days time. The tree will produce three bags of bells, each containing the same amount as the one you buried, up to a maximum of 10,000 bells per bag. 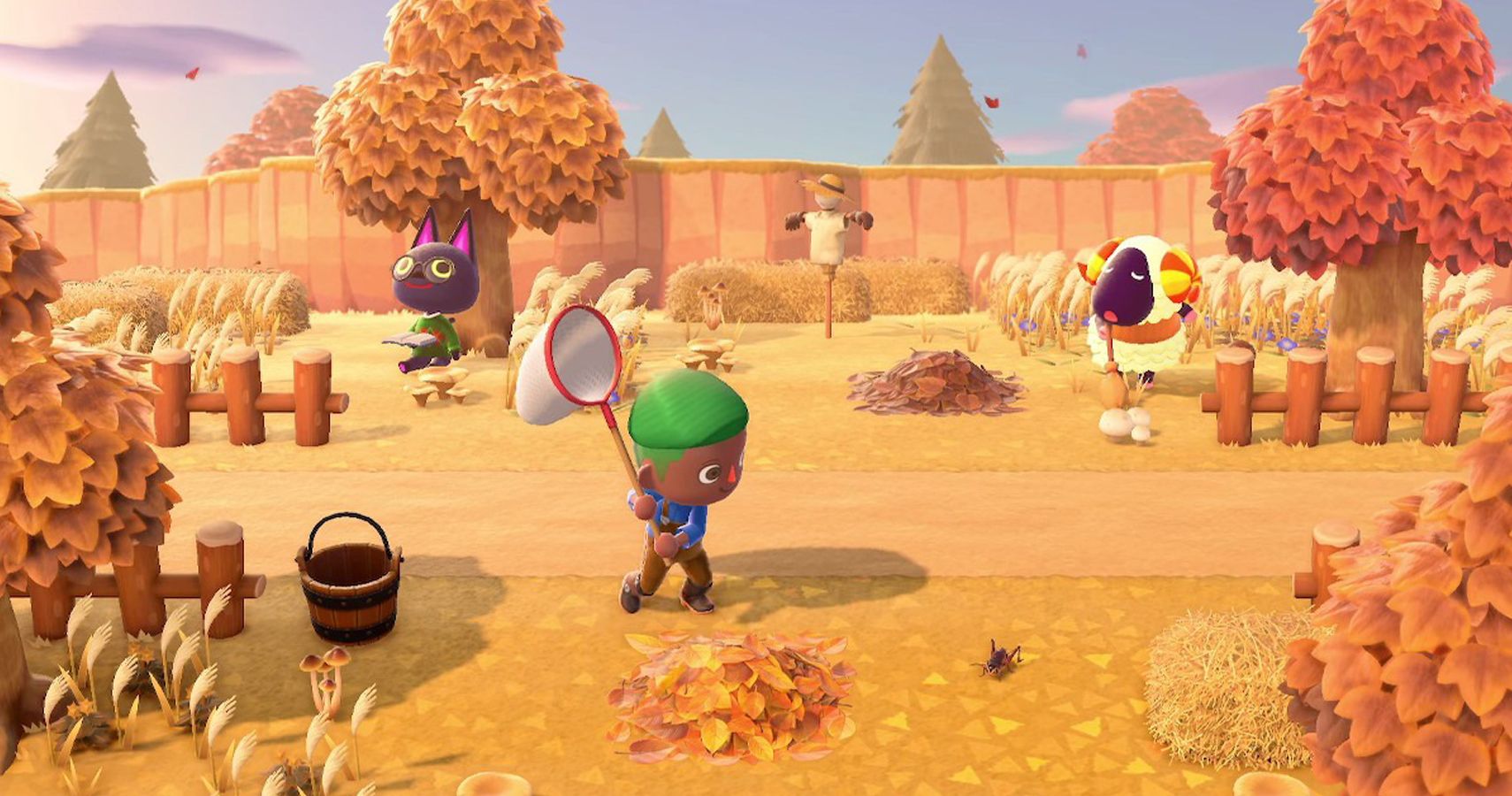 Once again the game includes a time travel function, this time related to your Switch’s clock. This trick can be combined with the new ATM-style machine in guest services, known as the Nook Stop, to profit from your investment.

Depositing bells earns you interest and time-traveling doesn’t undo island changes. Therefore, you can throw back your clocks year, bank some bells, save the game then reset it before re-entering. The interest will be staggering. 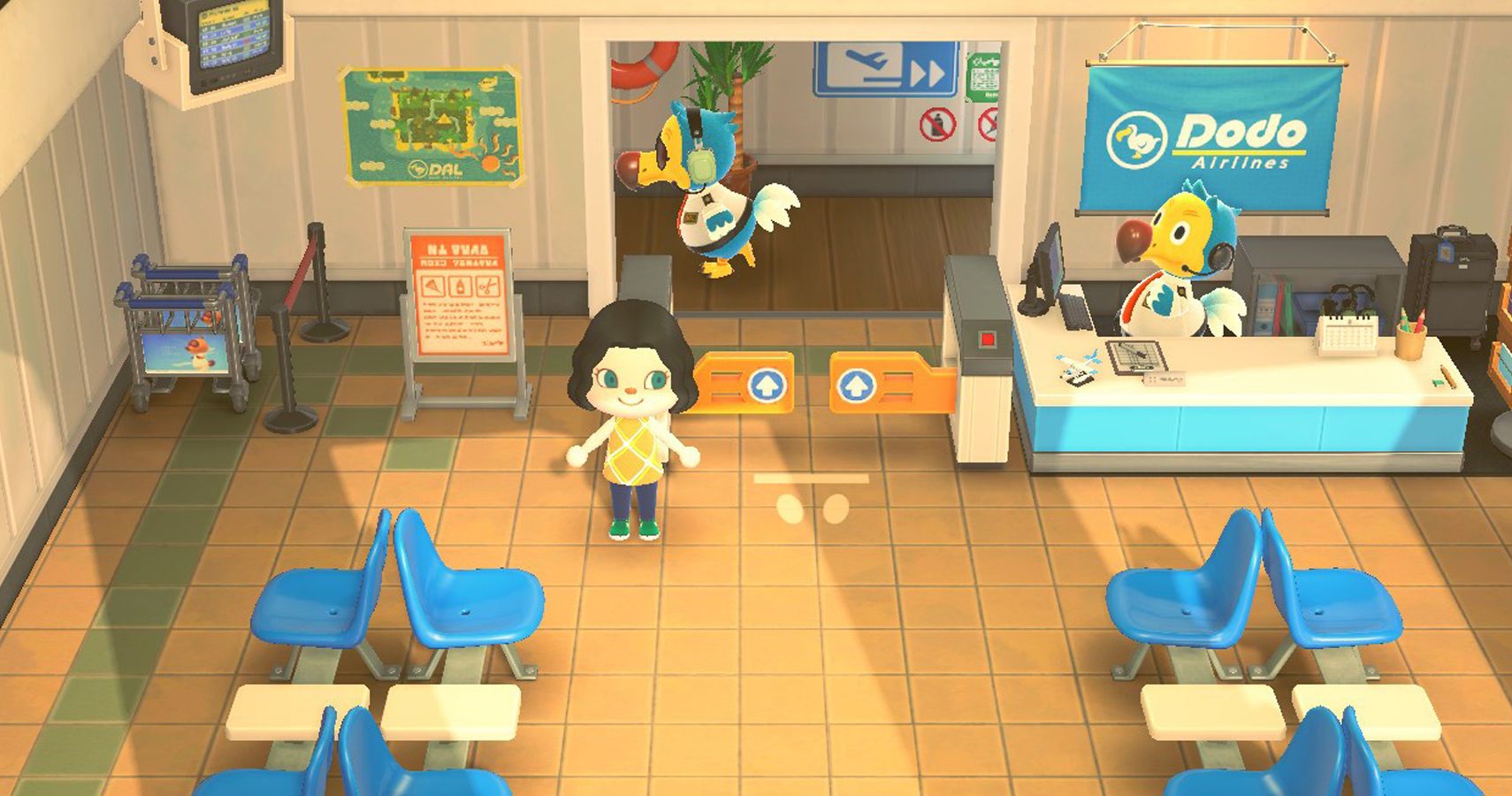 Nook Miles are a secondary currency and, especially early on, can be easier to amass than bells for some players. They are acquired simply by completing tasks including fishing, collecting and selling.

Once you’ve made some initial investments into useful things, like upgraded tools and more inventory space, then you can buy a bell voucher for 500 Nook Miles and redeem it at Nook’s Cranny for 3,000 bells. 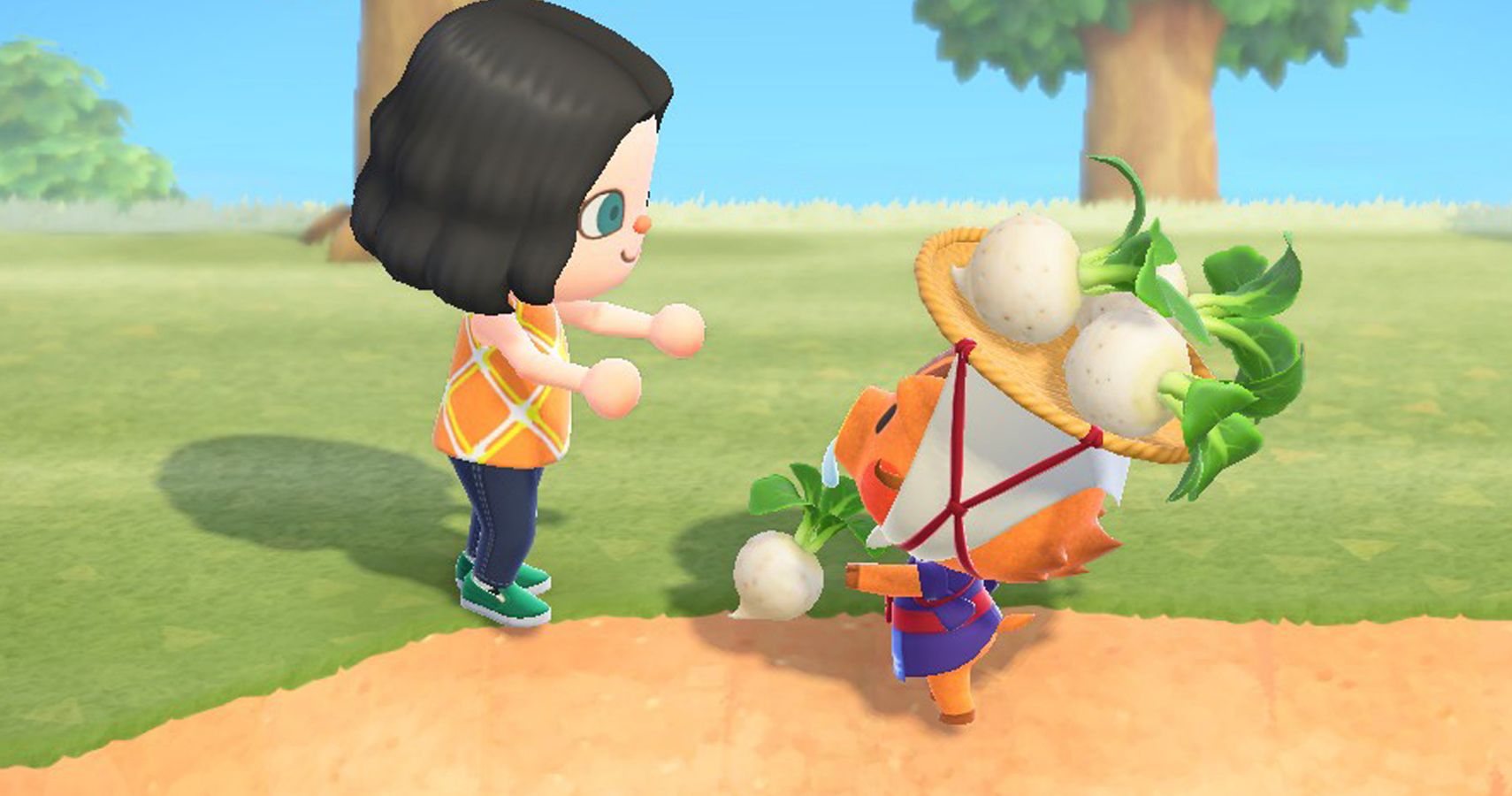 Playing the Turnip Market, commonly known as the Stalk Market is a high risk, high reward way of making bells. It starts on a Sunday when Daisy Mae comes to town selling turnips for a variable price.

Once you’ve bought the Turnips you then need to sell them to Timmy and Tommy for more than you bought them for. The Nook’s Cranny turnip price changes at midnight and midday every day except Sunday. Just make sure you’ve sold before Sunday rolls around again or your turnips will spoil!