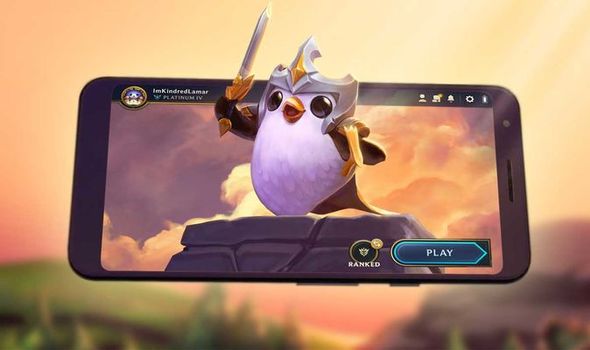 Riot Games has announced its plans to launch Teamfight Tactics on Android and iOS this month.

Details regarding the exciting TFT Mobile port were expected to be revealed during 2020, and it doesn’t look like fans will have to wait long to download and start playing.

Riot Games has confirmed that the Teamfight Tactics Mobile release date has been set for March 2020 on both Android and iOS platforms.

The good news is that the development team will be sticking to the free-to-play formula that has proven so popular on PC.

And we also know that TFT Mobile will support crossplay so that veterans and new players can enjoy the game together.

WHEN IS THE TFT RELEASE DATE ON ANDROID AND IOS?

Riot Games has announced that the Teamfight Tactics Mobile release date has been set for Thursday, March 19, 2020. The dev team has warned that the game could be released at different times, depending on which region you live in.

As mentioned above, TFT Mobile will feature full cross-play with​ ​TFT on PC, allowing players on both platforms to compete on different devices.

It should be noted that this content is currently in closed-beta testing in select regions.

“Players have been asking us for more ways to play TFT, and we’re excited to share a mobile version that feels authentic to the PC experience while also keeping in mind the nuances and optimisation features that mobile players love.”

“When we created League of Legends over 10 years ago, we never dreamed it would become this popular with so many players around the world,” said Marc Merrill, Co-Founder and Co-Chairman at Riot Games.

“Now, as League enters its second decade, we’re thrilled to bring an authentic, competitive TFT experience to mobile, the first of many multi-platform efforts players will see this year.”

As mentioned above, Teamfight Tactics​ will be Riot’s first-ever mobile game, but it won’t be its last coming out this year.

Riot is also planning to launch multiple new games across platforms, including ​Legends of Runeterra porting to mobile​ and the company’s first game set outside the LoL Universe, ​VALORANT​.

League of Legends Wild Rift is also expected to launch in open beta on Android and iOS devices this year, although details have yet to be revealed.

For those who might not have played it yet, TFT is an eight-person auto battler where players combine LoL champions and items in different formations to defeat the seven other players in a match.

Players have to think tactically when placing an army of characters on a grid-shaped game board for a last-player-standing automated battle.

Riot Games says that TFT has built up 80M players globally since its launch and this number looks set to rise further now that it will be available on mobile platforms.