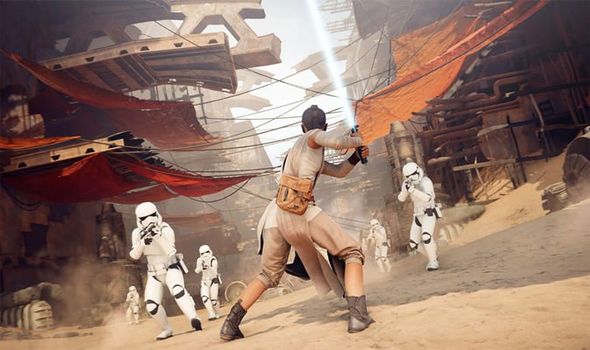 Ever since Epic launched its own PC game store, the platform holder has been giving away at least one game a week for free.

Epic Games ramped things up even further over Christmas, giving away a free game every day for two weeks.

Judging by next week’s free game giveaway, Epic isn’t slowing down in 2021.

The Celebration Edition contains the full multiplayer experience and solo campaign, as well as lots of bonus items.

“Be the hero in the ultimate Star Wars battle fantasy with Star Wars Battlefront 2: Celebration Edition!” reads the official description.

“Get Star Wars Battlefront 2 and the complete collection of customisation content acquirable through in-game purchase from launch up to – and including – items inspired by Star Wars The Rise of Skywalker.”

The Celebration Edition contains more than 25 Hero Appearances, including six Legendary Appearance for the likes of Rey, Finn and Kylo Ren.

“Look elegant, scruffy, or anything in between with the Star Wars Battlefront 2: Celebration Edition Upgrade.”

As we countdown to the release of Star Wars Battlefront 2 Celebration Edition, Epic customers can download Crying Suns for free.

Described as a cross between Dune, Foundation and FTL, Crying Suns is a tactical rogue-lite set in space.

Players can explore space in a procedurally-generated universe, and participate in fights between battleships and squadron fleets.

There are more than 300 possible story events spread over a total of six different chapters.

“Crying Suns is a tactical rogue-lite that puts you in the role of a space fleet commander as you explore a mysteriously fallen empire.

“In this story rich experience, each successful run will uncover the truth about the Empire… and yourself as well.”