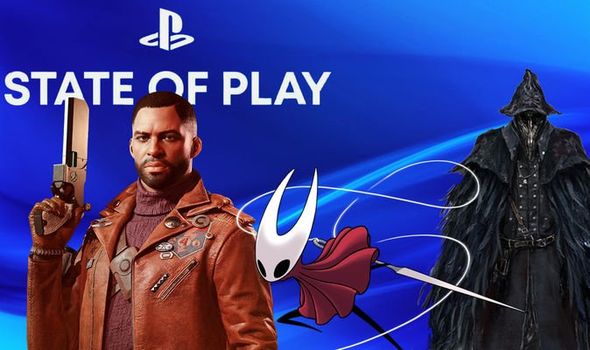 PlayStation fans are counting down to the next State of Play broadcast by Sony.

Fans can tune into the event on Twitch or YouTube, or by bookmarking this page, where the live stream will be embedded before it airs.

The July State of Play will primarily focus on upcoming PS5 exclusive Deathloop, where nine minutes of new gameplay will be revealed.

“We’ve seen Colt’s head-spinning powers in action before, but this Thursday we’ll get a nine-minute look at Deathloop’s time-twisted world as part of a new State of Play,” Sony explains.

“In this extended gameplay sequence, we’ll see Colt use his abilities to stealthily skulk across rooftops… or go in guns blazing to create a whole lot of mayhem. Lots of options available on Blackreef Island.”

In addition to Deathloop. the 30 minute show will feature a look at upcoming indie games and third-party releases.

Unfortunately, however, Sony has told fans not to expect any updates on God of War, Horizon Forbidden West and PSVR 2.

“In addition to this long look at Bethesda’s violent adventure, we’ll have updates on some exciting indie and third-party titles. The full show clocks in around 30 minutes,” Sony continues.

“This showcase will not include updates on the next God of War, Horizon Forbidden West or the next generation of PlayStation VR. Stay tuned throughout the summer though, as we’ll have more updates soon.”

Needless to say, fans have been speculating about the other games being broadcast as part of the State of Play event.

Hollow Knight Silksong is one of the most hotly anticipated indie games in development, so fingers crossed we find out the release date during State of Play.

Other games rumoured to be in development for PS5 include Bloodborne Remastered and Silent Hill, although based on Sony’s comments, it’s unlikely they’ll be revealed during the event.

As for Deathloop, the upcoming PlayStation game is being developed by Dishonored studio Arkane.

The game sees rival assassins trapped in a timeloop on the island of Blackreef. The only way to escape the loop is by assassinating eight targets before the day resets.

An intriguing premise is made all the more interesting by the inclusion of PS5 exclusive features, such as DualSense haptic feedback and adaptive triggers.

“Every new loop is an opportunity to change things up. Use the knowledge you gain from each attempt to change up your playstyle, stealthily sneaking through levels or barreling into the fight, guns-blazing.

“In each loop you’ll discover new secrets, gather intel on your targets as well as the island of Blackreef, and expand your arsenal. Armed with a host of otherworldly abilities and savage weaponry, you’ll utilise every tool at your command to execute takedowns that are as striking as they are devastating.”

Deathloop has a September 14 release date, exclusively on PlayStation 5.