Do you spend your nights worrying about the sleeping habits of the people of Tamriel? Have you ever been playing Skyrim and noticed that the NPCs have no response to being woken up in the middle of the night, or that the sleeping characters simply stop breathing when they lay down for bed? If these are the kind of things that keep you up at night, then the new extended sleeping mod is the perfect fit for you.

The “Sleeping Extended – Animations and NPC Reactions” mod has been uploaded to Nexus Mods by user jayserpa. According to the modder, they were recently playing through Skyrim and, while their character was mid-nap, was interrupted by two bandits. When the bandits began attacking, they attempted to stand up and soon realized that the animation to rise from sleep takes nine whole seconds. This sent the modder on a quest to tweak several of the sleep features within the game, leading to the creation of this mod.

Also known as “Mooooom, just one more minute”, this mod will make NPCs get upset when the player wakes them in the middle of the night. The characters have been fully voiced with “spliced or vanilla lines” to make it feel authentic. While there is no set total, the user suggests there are around 50 different reactions to being woken up from confusion to absolute rage. Of course, this feature is just for fun and does not affect relationship levels, quests, or anything of the sort. 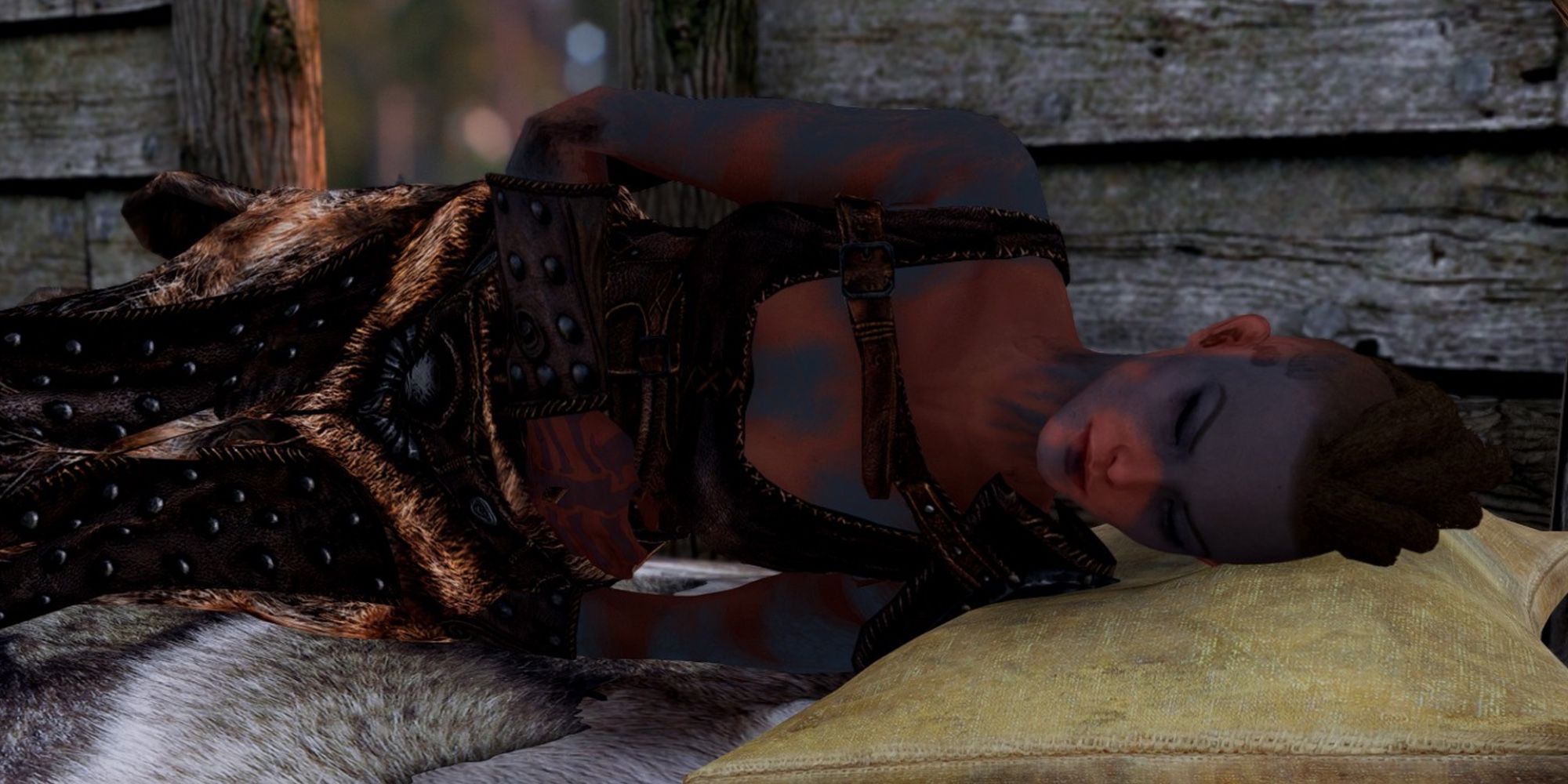 The mod also adds a breathing animation to sleeping characters, who are usually as still as a corpse. On top of that, there are three new speed values for getting in and out of bed that will affect NPCs and the player if they use the “go to bed” feature. “Super-fast” speed will see the character jumping out of bed, the “new normal” option is slightly quicker than the standard, and the “Jay’s Grandma” setting is the default animation speed.

While sleeping animations and reactions may not be high on the list of things developers focus on, they may want to start. Several of the comments under the mod are praising jayserpa for adding such a small, but clearly wanted, detail to Skyrim.