The top mobile esports athletes won $33 million in the past 10 years, according to mobile esports platform Skillz. And seven of the top ten players are women.

Skillz said that the No. 1 player in the world for its mobile esports platform in 2019 is Jennifer “HestiaX” Tu. She ranks sixth on the list of the world’s top-earning esports players across the entire esports industry. She won $3.96 million in 2019 and $5.33 million during the past decade in mobile esports. 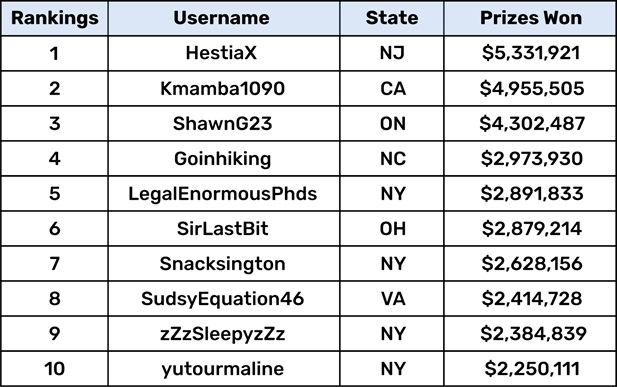 Above: The top mobile esports winners of the decade.

“The growth of esports prizes and prestige reflects a new digital age where billions of people are playing mobile games,” said Andrew Paradise, CEO and founder of Skillz, in a statement. “The top 10 mobile esports athletes of 2019 have tripled their earnings, winning $24 million compared to the $8 million of 2018’s top players — a testament to the growth of Skillz and esports as a whole.” 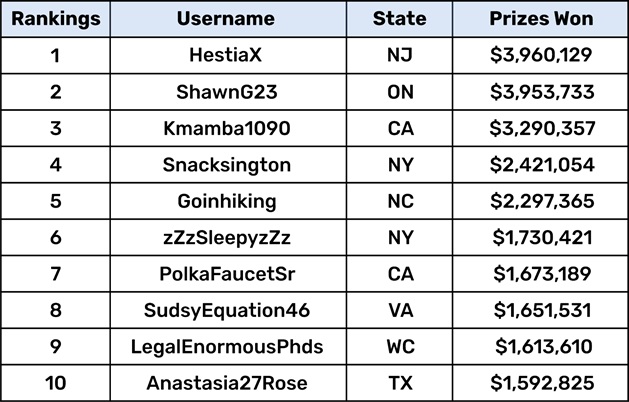 Above: The top mobile esports winners of 2019.

“I never imagined that I’d become one of the top mobile gamers in the world,” said Jennifer ‘HestiaX’ Tu, a Harvard University senior, in a statement. “Skillz lets me flex my video game talent and take it to the highest level, competing against millions worldwide.”

Esports prizes have also increased across the board, increasing by 32% from 2018 to 2019. Esports athletes such as Kyle ‘Bugha’ Giersdorf, the 2019 Fortnite World Cup champion, earned $3 million this year in a single tournament — winning more prize money than Tiger Woods did at the 2019 Masters.

The top Skillz competitors are ranked based on total tournament prizes won by each player, excluding any entry fees paid to enter those tournaments.