Some big names from former Shin Megami Tensei staffers are working on a new project, Monark, and its official website just went live today with a countdown that ends next week on June 10.

In an article from Famitsu (via Gematsu), we’ve learned that some of the creatives behind Shin Megami Tensei are currently working on a “new school RPG” that will reveal more next week. The project includes staffers like Kazunari Suzuki, Ryotaro Ito, Tsukasa Masuko, and Aya Nishitani.

The site also features some other hard-to-read writing, so other names on the project will go unknown for now. Just under the logo for Monark, there’s also a phone number (050-3204-4961), and if you call it, you’ll hear screaming. The translation from Gematsu states the voice says, “Finally, I’ve been waiting for you, my foolish, silly, precious child.” 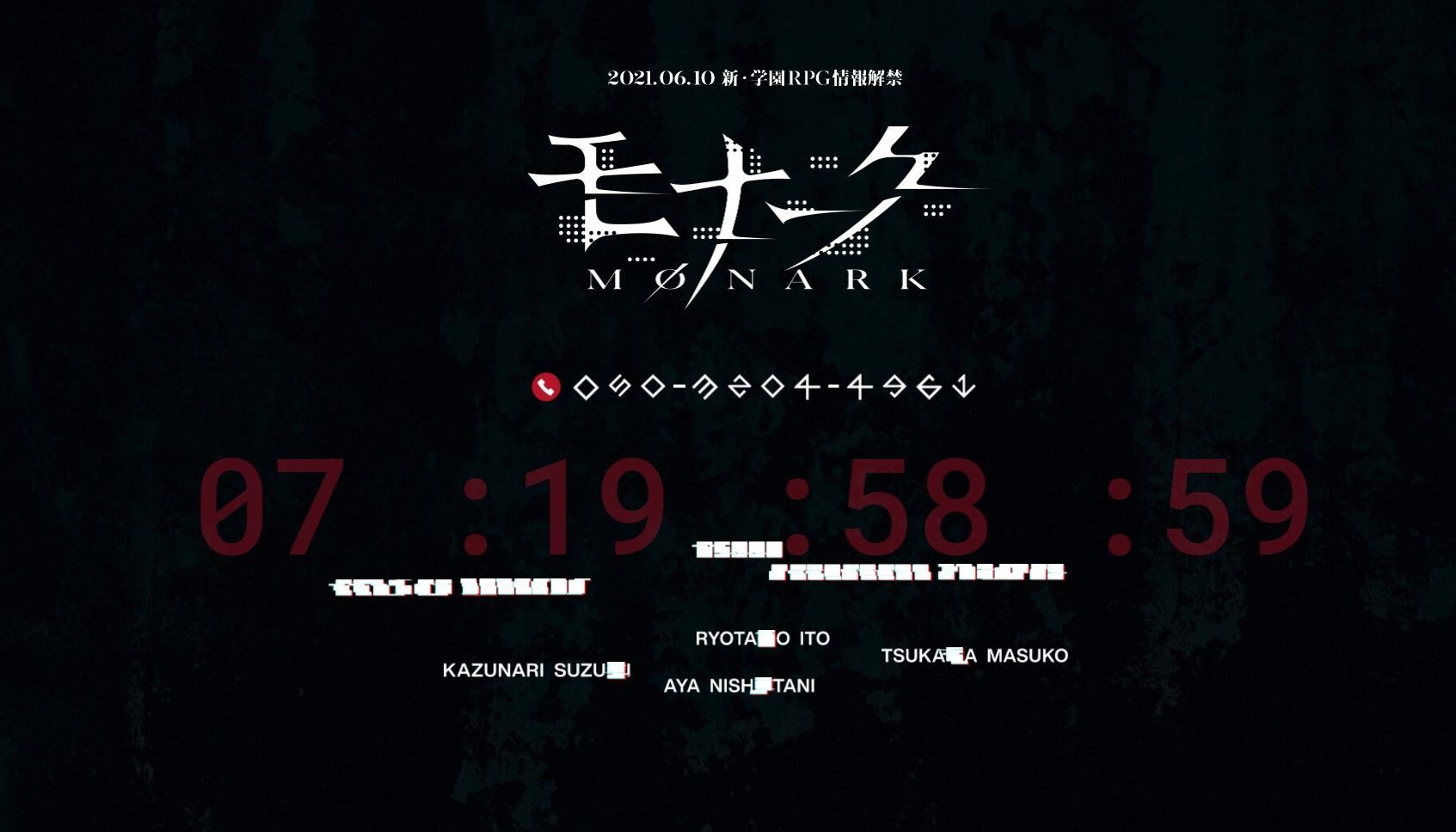 There’s not much else on Monark just yet, aside from establishing the official Twitter and Line accounts – but they don’t have any details, either. For now, all we can do is hang out and wait for that countdown timer to tick away until June 10.

Regardless, if you’re still itching for something a bit dark and in the Shin Megami Tensei universe, Nocturne just launched. Our very own Dave Aubrey had a crack at it, and while he felt it was an “underwhelming remaster,” he did enjoy its atmosphere and found Shin Megami Tensei 3 Nocturne to be “challenging but engaging.”