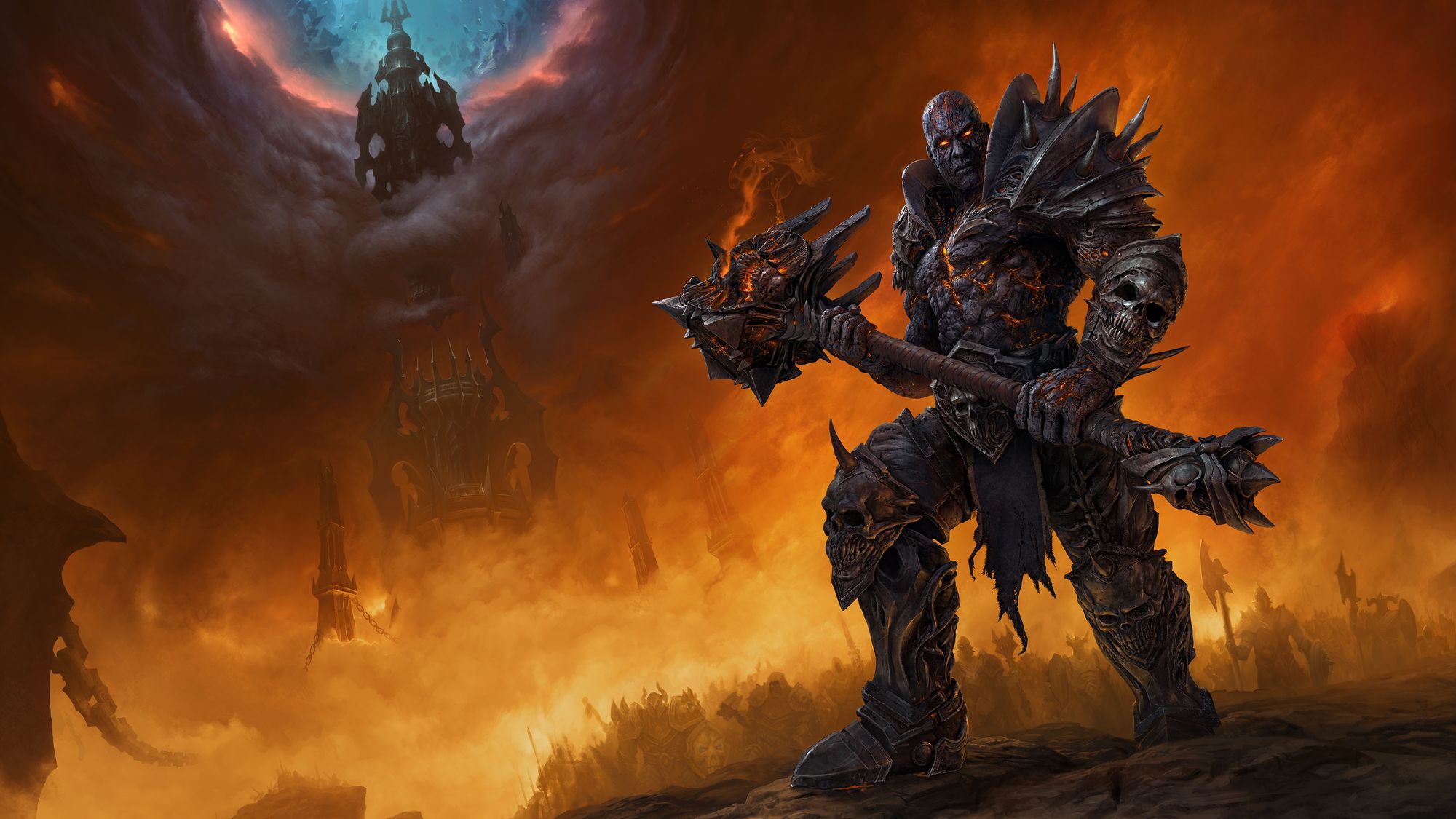 With Halloween fast approaching, World Of Warcraft’s unearthly new expansion Shadowlands is the ideal excuse to return to the venerable MMO.

Over the last 16 years, World Of Warcraft has fostered an expansive universe that offers an immersive and captivating experience for those who enjoy games with rich lore and a wide range of unique settings. The new addition of the Shadowlands expansion further enriches what World Of Warcraft as a game can offer, while also being conveniently apposite as Halloween approaches.

Before setting off on my adventure into the realm-beyond-death, I made sure to grab some Hallow’s End essentials which are only available during the current season. Questing with a pumpkin on my head and a broomstick mount felt very appropriate and not at all silly. These items may not offer me any extra health points or a speed boost, but I did look ghoulishly fashionable.

World Of Warcraft includes year-round seasonal special events which add another dimension to the game. In this case Hallow’s End will run up until 1st November – just in time for the release of the anticipated 9.1.5 patch. Although these seasonal events are not exclusive to Shadowlands you can pick up some entertaining items from the Hallow’s End activities to use as you quest through the new expansion.

Hallow’s End offers ‘tricky treat’ appropriate costumes for your character, a range of fun, spooky quests, and an exclusive, eldritch dungeon called The Headless Horseman. For the minority of very lucky players, completing this dungeon could even mean that you ride off with the Horseman’s steed!

My favourite item is the Hallowed Wand, which makes an unsuspecting party member look like an abomination NPC. As an Alliance faction player, I am also partial to throwing tricky treat pumpkins at blood elves on the enemy Horde side faction. (Why am I not surprised that I always end up getting killed by enemy Horde players?)

Unlike the previous two expansions, where questing across zones felt somewhat disjointed, every zone in Shadowlands is tied to the next. When levelling your first character from 50 to 60 in it is not possible to ‘cheat’ the game and skip to a different zone. I know this because I already tried, just to see what would happen.

As I quested through the starting zone of Bastion, curiosity got the better of me and I tried to fly to Maldraxxus on the back of one of my friend’s two-seater mounts. As we flew away from Oribos, the central hub in Shadowlands, a notification filled my screen. It said, ‘the in-between claws at your soul’, and I was noobishly catapulted off the map. Seconds later, unsurprisingly, and to the amusement of my friend, I died. (Save your gold on armour repairs and don’t try this!)

To unlock the next zones in the Shadowlands, players must complete the quests that are tied to the central story. In this sense, the story is very linear: as you progress through each zone you will encounter different cut scenes and scenarios. The questing is not simply a repetitive XP grind to reach the maximum level, so your achievements feel more rewarding.

However, once you hit level 60, if you want to level another character you can choose which zone you want to start them in.

Shadowlands begins in a familiar place for seasoned World Of Warcraft players: Northrend, an icy wasteland filled with the undead. The sight of the Frozen Throne and the Ice Crown Citadel brought me straight back to Wrath Of The Lich King, one of World of Warcraft’s much older expansions from 2008.

What makes the start of Shadowlands particularly cool (pun intended) is the fact that players get to experience a storyline set in the chilling citadel before they are plunged into the Shadowland’s Maw of Souls, a place of inescapable darkness where irredeemable souls are sentenced to an eternity of hellish damnation.

The mirroring of Northrend and the Maw are no coincidence. The Maw is the source of darkness and evil that the undead scourge of Northrend draw their powers from. This connection between past and present events in the World Of Warcraft universe allow all players – both veterans and newcomers – to engage with the richness of Warcraft’s story and its world.

For the goths and goths at heart, Shadowlands hits the spot. You will quest through spooky zones like the Maw, Ravendreth, and Maldraxxas – homes to tortured apparitions, zombies, menacing shadows, and twisted gothic spires which stretch beyond what the eye can see. But this expansion is not entirely dark and gloomy, it is also magical.

Bastion, home to the most noble souls in the afterlife, has gleaming pillars, iridescent water, and pink and purple landscapes that echo other places in the World Of Warcraft universe, such as the ancient night elf city of Suramar from Legion. The enchanted forest of Ardenweald reflects the cycle of winter and autumn: filled with glowing trees, druids, nature’s creatures, and spirits. Ardenweald feels dream-like and the sound effects, coupled with the gorgeous music, is a pleasure to listen to as you explore.

For players who enjoy story-dense games and beautiful scenery, the questing experience in Shadowlands will certainly not disappoint. And the cut scenes are fantastic to watch: they feel so fresh for such a long running game.

My favourite cut scene so far is the fight between Tyrande Whisperwind, leader of the Night Elves, and the Shadowland’s antagonist, banshee queen Sylvanas Windrunner. Players also get to fight Sylvanas during the Sanctum of Domination raid, which is a lot of fun.

Shadowlands is available now from £34.99, but if you’re new to World Of Warcraft in general, or just haven’t played for several years, there’s always a free monthly trial available if you’re curious – which allows you play for free up to level 20.