Rumour: new Conker game in development but fans are dubious 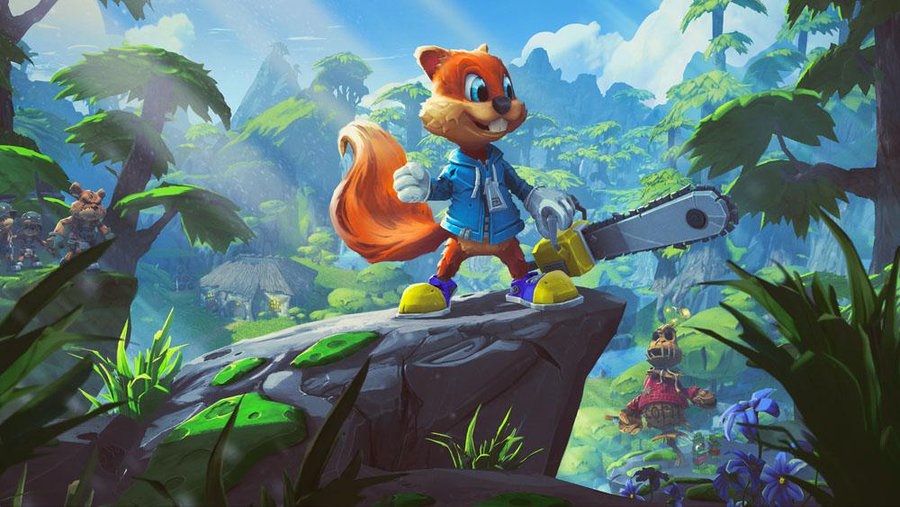 Rumours suggest Rare’s foul-mouthed squirrel has been passed to Obsidian, but some think Conker should be permanently retired.

There are a lot of demands for a new Banjo-Kazooie game from Microsoft and Rare (to the point where they were rumours of the series being outsourced to Playtonic), but there has been significantly less demand for Conker to make a comeback.

Neither Microsoft nor Rare have officially announced anything, but one Twitter user has constructed a theory that a new Conker is in development. Not at Rare, but at Obsidian, the studio behind The Outer Worlds.

The whole thread has been shared and translated on ResetEra, but their evidence is as follows. For starters, Obsidian visited Rare in 2019, a year after Obsidian was acquired by Microsoft.

Common reasons include the original game’s offensive and gross-out humour not aging well, mascot characters not being as popular nowadays, and past attempts to revive Conker, namely Project Spark and Young Conker for the HoloLens, being poorly received and otherwise forgotten.

Some argue that Obsidian would be a good fit for Conker due to its work on South Park: The Stick Of Truth, but the writers for the show were heavily involved, so Obsidian can’t be considered the sole credit for that game’s humour.

Others suggest that a new Conker game wouldn’t necessarily need to have the adult humour but that was a key appeal of the original. Although it was very British humour and Obsidian are from California.

What’s more, with Banjo-Kazooie easily being the more popular of the two (there’s a reason Conker wasn’t picked for Super Smash Bros. Ultimate), it would be bizarre for Conker to be revived before the bear-and-bird duo.

Never say never, but if Microsoft seems unwilling to give Banjo another shot, Conker’s chances at a new game are probably even lower.