Rogue Company Boasts "Elite, Sexy, And Paid" Trained Killers, If You’re Into That

Rogue Company is an upcoming third-person hero shooter where you play as “elite, sexy, and paid” mercenaries. Sounds like fun.

There are a LOT of hero shooters out there these days. We’ve got Overwatch, Apex Legends, Rainbow Six Siege, and Bleeding Edge, plus new favorites like Call of Duty: Warzone and older classics like PUBG and Fortnite. If you want to go online and shoot someone, you are certainly not starved for choice.

And now we’ve got another one on the way called Rogue Company. One questions their business model for trying to break into an extremely crowded market, but if they think they can do it, who are we to say no?

The deal with Rogue Company is that you play as a mercenary trying to either save or end the world and getting paid to do it. You have a variety of mercenaries to choose from, including the “Dirty Harry” knockoff Dallas and the “Day of the Dead” mask-wearing explosives specialist Dima. There’s more, including your typical medics, ninjas, and heavy weapons guys, but we don’t know their names yet.

According to the Rogue Company website, you get your choice of weapons and each mercenary has their own set of abilities. Being able to pick your gun is a nice change of pace from most other hero shooters, so we’re going to give Rogue Company a point in the “why should you even bother” column.

From the recently released gameplay trailer, it looks like the game is 4v4 matches where one team tries to defuse a bomb while the other team defends it, although the site mentions that there will be “various” game modes to try. We suspect they’ll include all the usual suspects and a battle royale mode. You get money for killing opponents and completing objectives, but it’s not clear yet just what that money is spent on.

Rogue Company is built on Unreal 4 Engine, so if it looks a bit like a reskinned Fortnite, you’ve got your answer why. Expect the game to set itself with a quirky sense of humor and a selection of bizarrely over-the-top mercenaries. 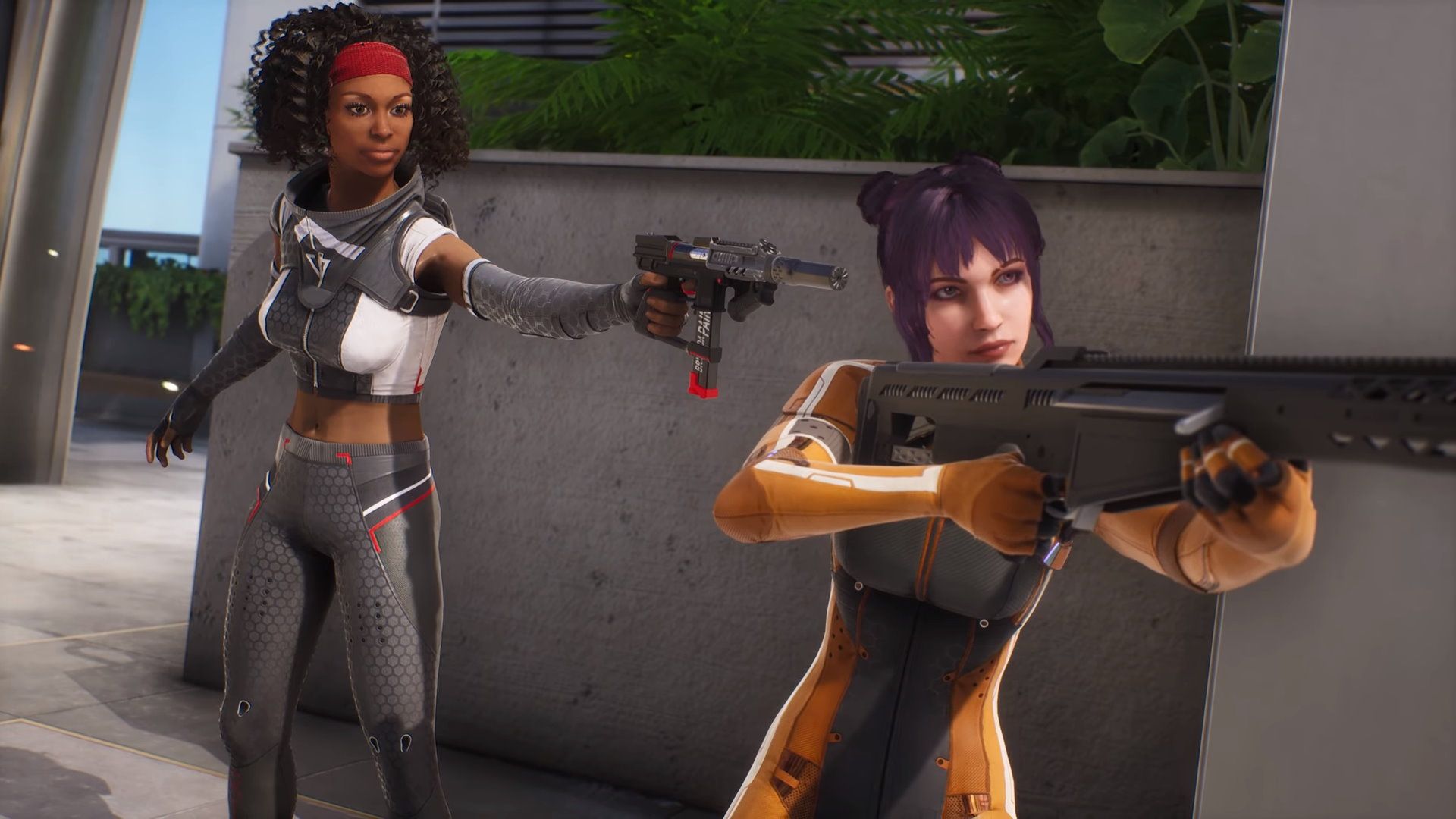 Hi-Rez Studios is releasing Rogue Company on all major platforms, including Nintendo Switch, PS4, Xbox One, and PC via Epic Games Store. They’re really pushing full cross-play compatibility across all platforms as well as cross-progression, so this should be the first game ever where it truly doesn’t matter what system you decide to play on.

Rogue Company is tentatively scheduled to arrive this summer. The developer video from last November said it would be free-to-play, but that might have changed as it’s not mentioned anywhere on the site. You can sign up for the closed alpha here.