When Chris Redfield isn’t busy punching boulders and drinking in the pub with Piers, he can be found in a crib being coddled by Ethan with what remains of his hands. Well, at least thanks to a new mod, that’s now the case.

“This was a dumb joke that popped into my head, so I had to do this,” mod creator JTegh explained, “The baby actually has facial animations too which work on the mini one. Some aspects may look weird, but it’s all for the ten-second joke, right?”

What’s particularly horrifying is the glimpse of Chris Redfield ripping a miniature version of himself from Ethan. At any rate, if your next playthrough needs some spice to keep that opening refreshing, then perhaps this is the mod to make that work. 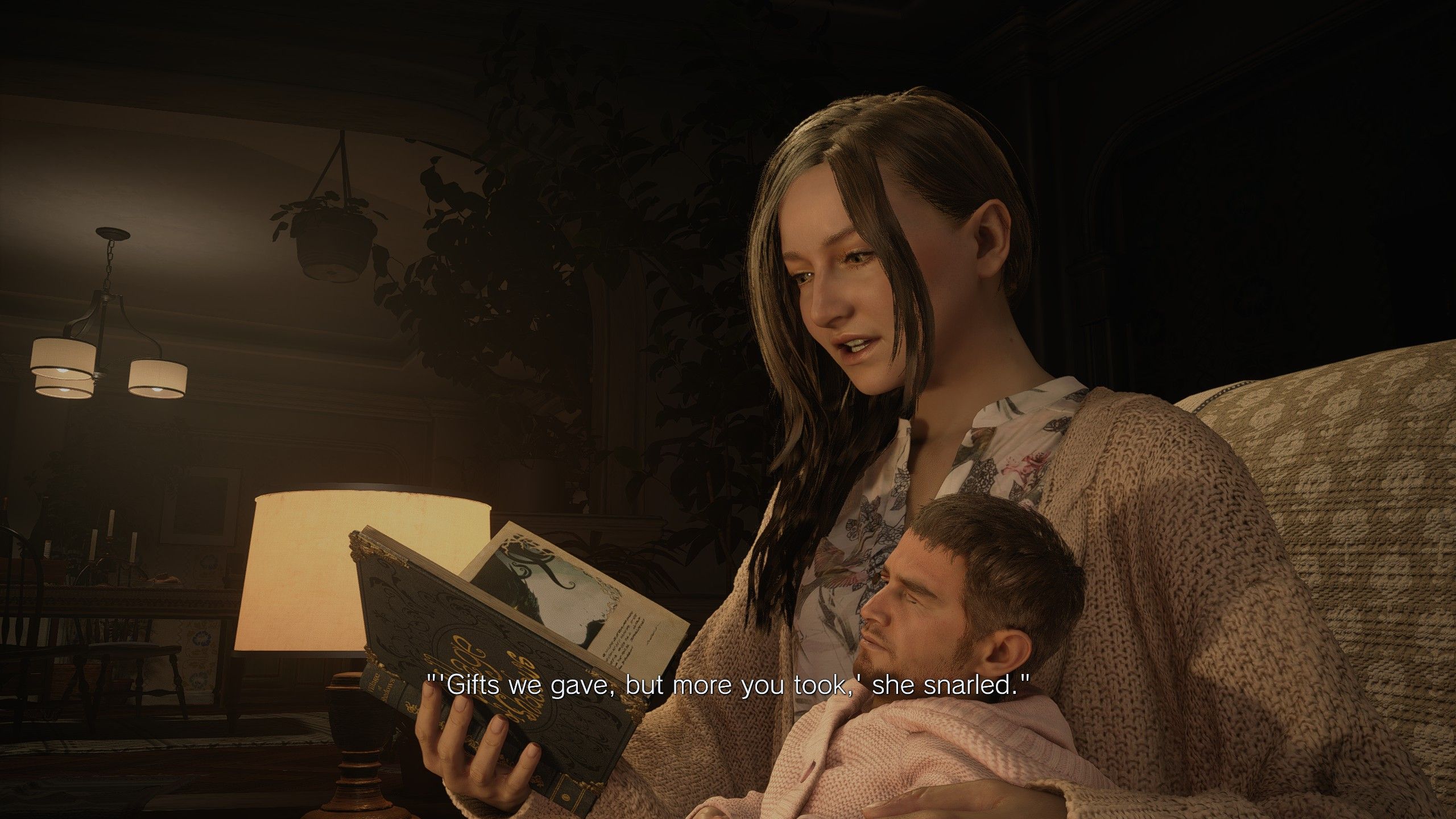 There’s already a slew of mods for Resident Evil Village – there have been since the demo – and these range from the more useful FOV fix to the expected lewd retextures to the zany and outlandish with the likes of Alcina Dimitrescu as Thomas the Tank Engine.

If Resident Evil 2 with its onslaught of Mr. X mods is anything to go by, Village is ripe with potential for the community to do some truly interesting things. Or, you can just add some extra guns to play around with. Whatever tickles your fancy.

With that being said, if you don’t want more Chris and in fact want less of Redfield, then there is already another mod that swaps him out with Devil May Cry’s Dante. Granted, the voice is still there, but you won’t have to look at his mug if you don’t want to. You can download these mods on the Nexus website for free, and they’re pretty simple to install with instructions on each page, so if you really want to add to the horrifying atmosphere of Village, have at it.