Red Dead Redemption 2: How To Gain And Lose Weight

It’s one of the most realistic games on the market — excluding the newly discovered vomit roping — so it only makes sense that Red Dead Redemption 2 players can gain weight based on their diet. Being overweight in such a hostile environment does have its downsides, but the freedom to choose Arthur’s size is another fun mechanic that makes you tip your hat to Rockstar.

The effects of gaining weight in Red Dead Redemption 2 aren’t just cosmetic. If you opt for an Arthur that is on the heavier side of the scale, you’ll see a significant reduction in your stamina. This means that rigorous activities will require him to stop more frequently than usual. However, he can actually take more damage than his underweight counterpart.

A malnourished, skinny Arthur will see an increase in his stamina but a decrease in how much damage he can withstand. If Arthur’s weight is ‘just right,’ he will split the difference between these two builds — that is, he will have a moderate amount of both stamina and health. 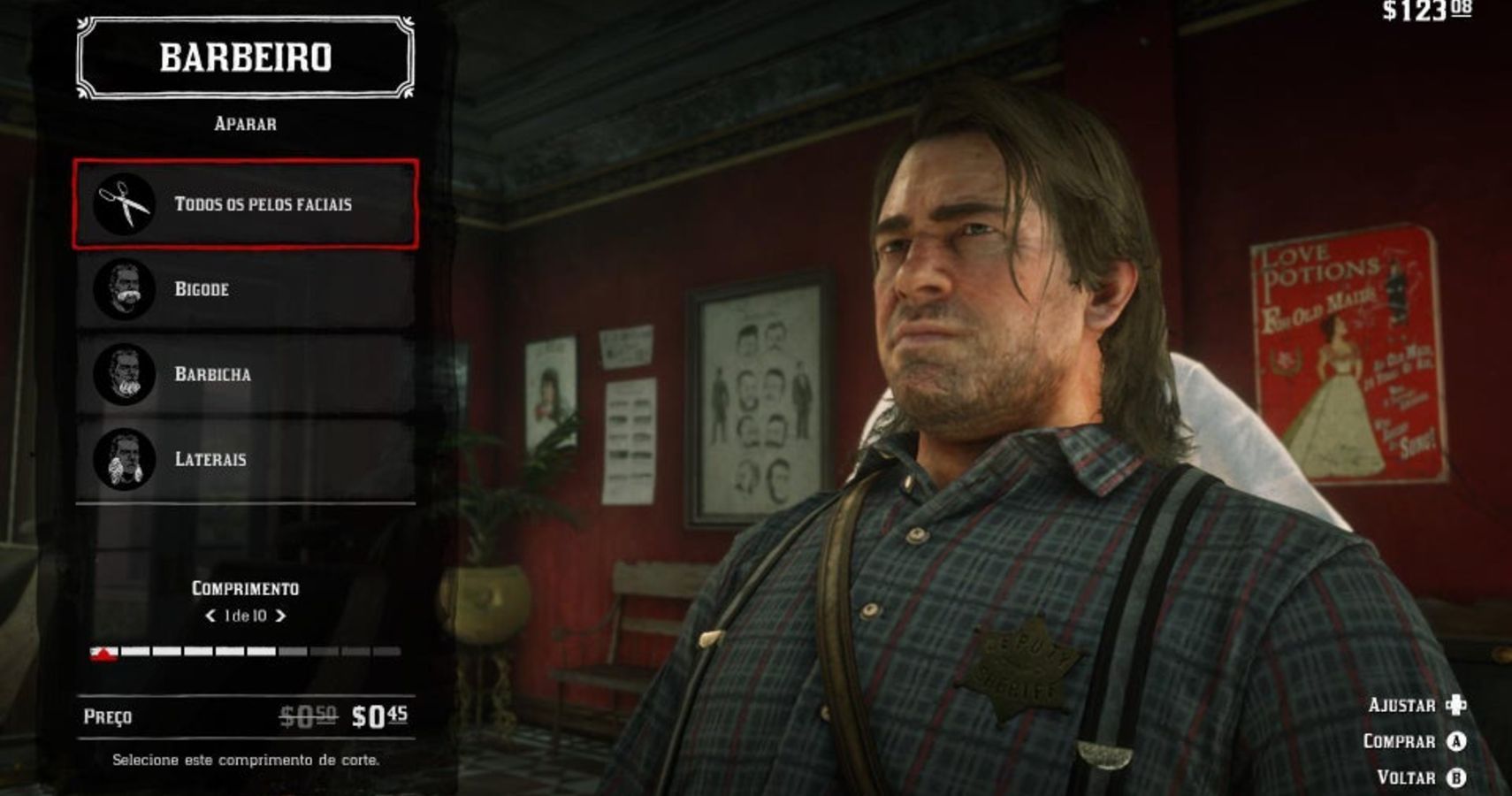 If you’ve decided to bulk up Arthur, there’s a bit of a long slog ahead of you. Just like in the real-world, massive weight gains don’t happen overnight. Instead of just eating meals to restore your cores, you’ll want to indulge in as much food as possible. This means multiple meals a day for many days in a row.

Arthur’s on a strict overeating routine — if you miss a couple of meals, or forget to eat loads of food for a couple of days, he’s just not going to bulk up.

Lose Weight By Only Eating Stew From Your Camp 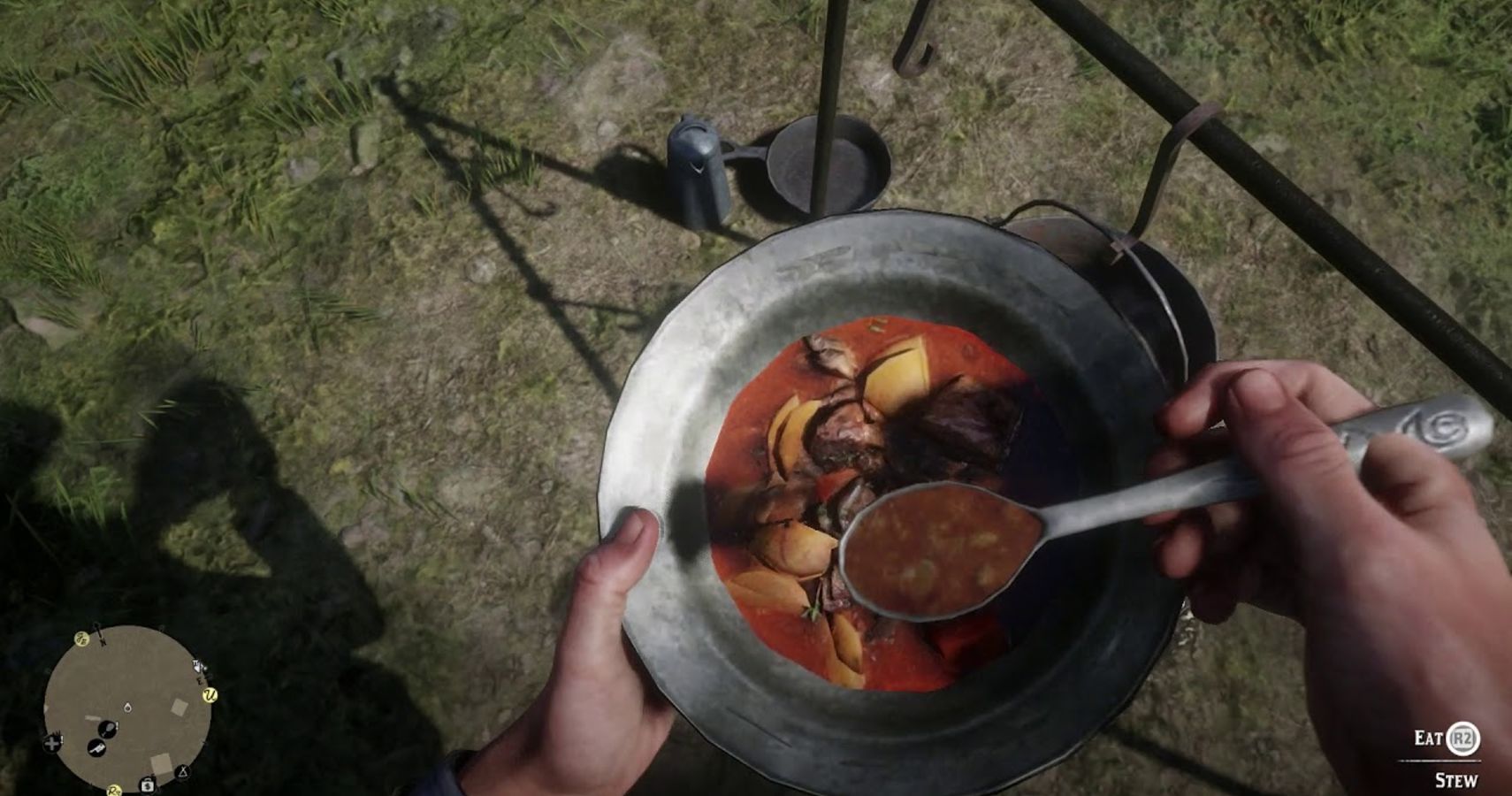 Once Arthur is super-sized, he can start losing weight by restricting his caloric intake. This means he should only eat to restore his cores. The best way to do this is by only eating the stew that is made at camp and avoiding everything else. This should be enough to keep his cores filled while also sloughing off the pounds.

If you want to take the easy way out, just get sent to jail. By the time your sentence is up you’ll be ridiculously underweight, all thanks to those awful jailhouse meals.

Strike A Balance For An Optimal Arthur

Maintaining a weight that rests between ‘bulky’ and ‘scrawny’ is simple — just eat a few meals a day. Like reality, eating a few meals a day and cutting out the excess is the best way to manage Arthur’s size. This size arguably gives the best gameplay stats, too, as you’ll be able to take advantage of decent damage resistance and a sizable stamina pool.

Determining Arthur’s weight in Red Dead Redemption 2 is a choice that players shouldn’t take lightly. Not only is it a significant commitment to gain or lose weight, but it also comes with a direct impact on gameplay. Feel free to try running around as all three body types before you make a final decision. If you don’t like one, just change his diet and try out the next.