PS5 ad features upside down console – is deleted for its crime 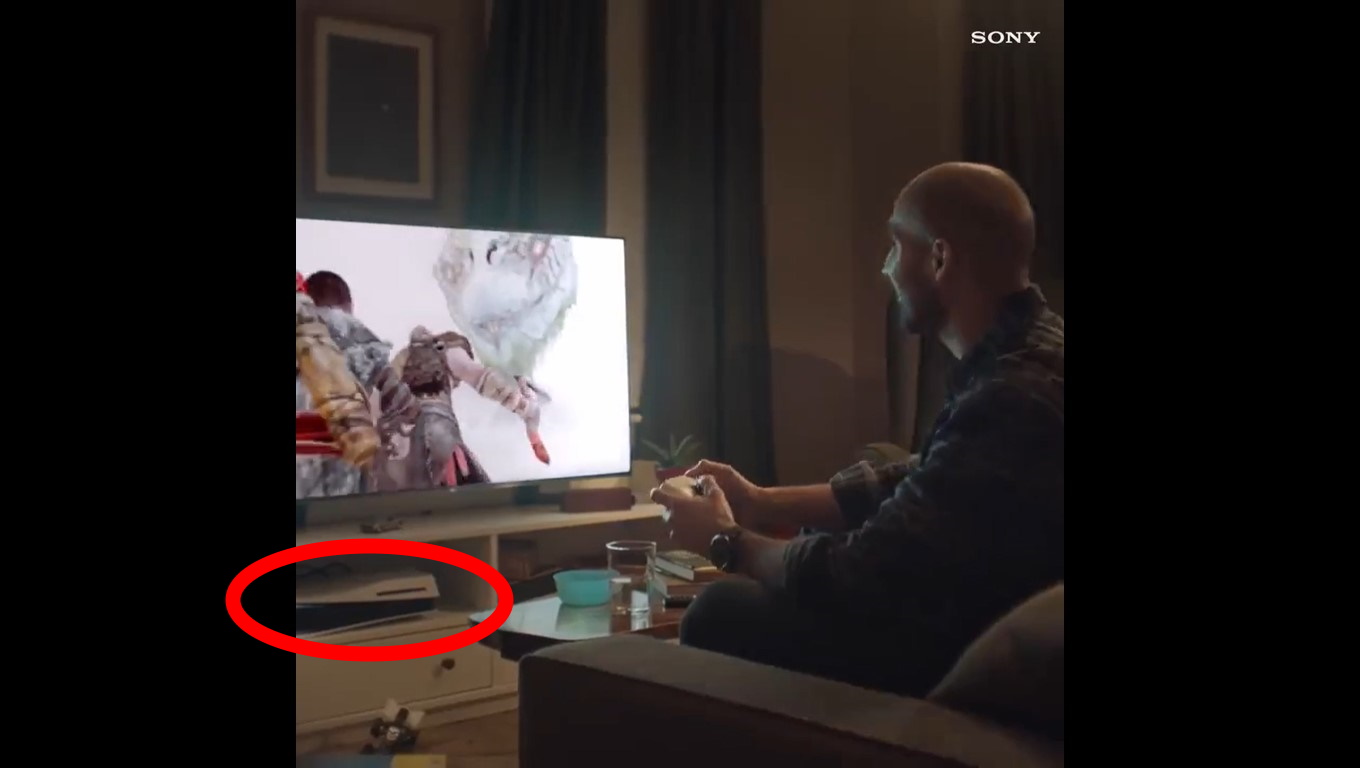 After viewers noticed an upside down PS5 in a new advert, Sony quietly scrubbed it from the Internet.

You may have spotted a new PlayStation 5 advert that Sony posted on Twitter yesterday. Despite being completely innocuous, with a father putting his son to bed by regaling the story of God Of War, Sony has since deleted it with no explanation given.

Is it because the ad was actually deeply, horribly offensive? That depends on whether you consider having the PlayStation 5 upside down offensive, because that’s how most people learned of the ad in the first place.

The ad ends with the father sitting down to play God Of War on his PlayStation 5 and eagle-eyed viewers quickly noticed that the PlayStation 5 was laid horizontally with the disc drive at the top rather than at the base.

The ad was never uploaded to any of Sony’s other media channels, although Polygon has managed to save it for the sake of prosperity.

This isn’t even the first time Sony has done something like this. In December, PlayStation Studios head Herman Hulst tweeted a picture of his cat scratching at his TV while playing Bugsnax.

In the Tweet, his PlayStation 5 was displayed upside down, with Hulst deleting it soon after and re-uploading it with the PlayStation 5 cropped out. You can see a comparison between the two over on ResetEra.

It wouldn’t be surprising if the ad is uploaded again with the PlayStation 5 in the correct position but it’s bizarre that Sony keep making the mistake, especially as it only draws attention to the console’s peculiar design, which cannot be laid flat without the use of a special stand.

In case you’re wondering, the console wouldn’t work upside down anyway. Although it is reminiscent of an old trick with the original PlayStation 1, where older units with a failing disc drive laser tended to work better if you put them on their head.