Home » News » PS4 games news: Now is the BEST time to grab this PlayStation game of the year

PS4 games news: Now is the BEST time to grab this PlayStation game of the year 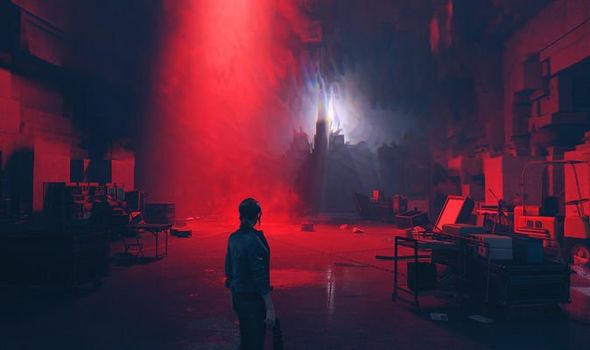 PS4 owners should check out Sony’s latest Deal of the Week, which is one of the best yet.

Every week Sony discounts a blockbuster game release for seven days on the PlayStation Network.

The latest PlayStation 4 Deal of the Week is one of the best yet, providing fans with a big discount on Remedy’s Control.

One of 2019’s very best games, Control is a third-person action game with a supernatural twist.

Nominated for a record-breaking number of BAFTA awards, Control is reduced from £49.99 to just £19.99 on PSN.

As an added bonus, PlayStation 4 owners will receive a host of additional items when purchasing the game.

This includes two modifications, including the Rare Service Weapon Mod and the Rare Player Mod.

You’ll also receive the Astral Dive Suit, as well as The Explorer Theme and The Black Rock Quarry Theme.

“After a secretive agency in New York is invaded by an otherworldly threat, you become the new Director struggling to regain Control,” reads the official description.

“From developer Remedy Entertainment, this supernatural 3rd person action-adventure will challenge you to master the combination of supernatural abilities, modifiable loadouts and reactive environments while fighting through a deep and unpredictable world.

“Control is Jesse Faden’s story and her personal search for answers as she grows into the role of the Director.

“The world of Control has its own story, as do the allies Jesse meets along the way. Jesse works with other Bureau agents and discovers strange experiments and secrets.”

The 2019 game of the year managed to pick up a record-breaking 11 nominations at this year’s Video Game BAFTAs.

Death Stranding also has 11 nominations, while the excellent Disco Elysium is nominated in seven categories.

Call of Duty: Modern Warfare and Outer Wilds pick up five, as does the Life is Strange sequel.

The BAFTA Game Awards was originally due to take place on Thursday, April 2 at Queen Elizabeth Hall in London’s South Bank.

However, while the awards will still take place, the event will be online only.