PS Plus August 2021: When are Sony revealing next free PS4, PS5 games? 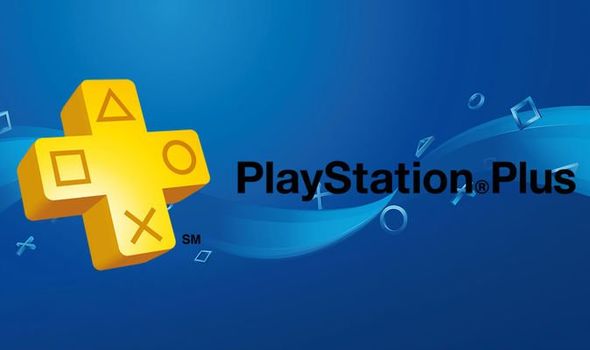 We’re approaching the end of the month, so for PS4 and PS5 gamers that can only mean one thing – the reveal of a new PS Plus line-up. Unlike Microsoft, Sony has a set point in the month where they reveal their next selection of free monthly games. And we’re fast approaching that point.

Sony typically reveals the next PS Plus line-up on the final Wednesday of the month, at 4.30pm UK time.

So that means the PS Plus August 2021 line-up should be announced on Wednesday July 28 at 4.30pm BST.

However, PS4 and PS5 gamers don’t need to wait that long to find out what the next PS Plus games could be.

That’s because Sony looks to have revealed the PS Plus August 2021 line-up early.

Over the weekend the official PlayStation website appeared to reveal the next PS Plus line-up early.

It had previously been announced during the last State of Play that Hunter’s Arena Legends is August’s free PS5 game.

And now the other games in the August PS Plus line-up have also been announced.

It’s emerged Plants vs. Zombies: Battle for Neighborville and Tennis World Tour 2 will be the other PS Plus games.

These games are available to PS4 gamers, and PS5 via backwards compatibility.

The new PS Plus games will be available to download from Tuesday August 3.

The reveal of the next PS Plus line-up also means time is running out to claim the current free PlayStation Plus games.

The PS Plus line-up for July 2021 features Call of Duty: Black Ops 4 and WWE 2K Battlegrounds for the PS4, and A Plague Tale: Innocence for PS5.

These games will be departing PS Plus next week, as will Virtua Fighter 5 Ultimate Showdown which was previously added to the service.

Play as the world’s top players or create your own player to try and dominate the world rankings. Faster paced, with more animations and more realism: experience the true sensations of tennis, in singles or doubles games, and challenge your friends locally or online.

THE REAL LIFE OF A TENNIS PRO

Your player, your decisions. In Career mode, you manage your season, your staff, your equipment and your sponsors. And if you are up to the challenge, you can become the new star of world tennis.

Master the timing of your strokes, the new serve mechanics and all the moves to dominate your opponent, just for fun or to win in Ranked mode.

THE THRILL OF THE COURT

More animations, more strokes, a faster pace… Experience dynamic, realistic and precise gameplay that puts you in the heart of legendary rallies.

PS PLUS AUGUST 2021 – PLANTS VS ZOMBIES BATTLE FOR NEIGHBORVILLE

Welcome to Neighborville, where all is well. Except that a crazy new coniferous conflict between brain-less and botanicals is brewing!

Customise Every Character for Battle

Join the newest bloom in the age-old battle between plants and zombies with 20 fully customisable classes at launch, including a Team Play class for each faction. Bring the unique abilities of each character class to six PvP modes, including the new Battle Arena.

Venture to the Outer Edges of Neighborville

The tension across the terra has expanded with three free-roam regions and one PvE mode. Squad up with up to three friends in the Giddy Park social region and take back Weirding Woods, Mount Steep, and Neighborville Town Centre. It’s grow time!

Play with Your Favourite People, in Every Mode

Join forces to experience split-screen couch co-op in every mode. Connect with up to three players and battle through free-roam regions or jump into the fray with up to 24 players in online multiplayer.