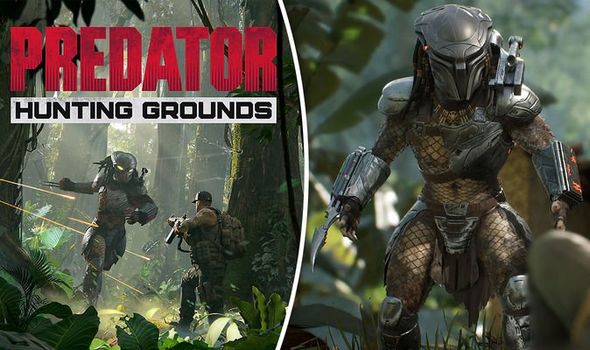 Predator Hunting Grounds is an asymmetric multiplayer game with an April 24 release date on PlayStation and PC.

Developer IllFonic is yet to announce an official launch time, so expect the servers to go online at midnight local time. Express Online has contacted the company for confirmation.

To ensure you’re ready to play Predator Hunting Grounds as soon as it launches, you can pre-load the game early.

Unfortunately, however, PlayStation fans have been struggling to pre-load the game ahead of launch.

“We’re aware of reports that PlayStation Store preloading for Predator: Hunting Grounds is not functioning as intended for some users,” IllFonic reveals. “We are working with SIE to investigate.”

According to the store page, you’ll need around 50GB of storage space on PS4, but only 18GB on PC via the Epic Games Store.

Fans will also need to download a day one update. You can see the patch notes below…

• We are continuing to work on optimizations across all parts of the game, including the areas of AI and UI.

• Made improvements to the movement, positioning, and combat for AI.

• The game now ends if all Fireteam members leave the match.

• Fixed an issue where items may sometimes still appear as locked after being purchased.

• Added markers onto the relic crates when Fireteam members are nearby so that the mission objective is more easily identifiable.

• Reduced the amount of Fireteam “crazy eyes’’ in the menus.

• Made improvements and fixed various bugs that would occur in the tutorial.

• Made improvements and bug fixes to all the infil, victory, and defeat cinematic sequences.

• Weapon wheel is now using the same order as the HUD icons.

• Added a sensitivity setting for ADS.

• Made adjustments to some areas that could cause the player to get stuck when jumping in between certain rocks or trees.

• Made adjustments to the collision boxes of various objects around the map.

• Moved some of the interactable items around so they’re easier to interact with.

• Infil locations are now chosen based on the mission.

• Adjusted the amount of times you can spot before you hit a cooldown.

• Scoreboard now only shows you as dead if you’re actually dead, not previously killed in a match.

• Quick gear swapping controls are now shown on the screen.

• Reduced the radius of spotting.

• Reduced the amount of interaction speed that you gain from the perk Dexterous.

• Reduced the amount of time the player is required to stay in the reinforcement zone before it is activated.

• Mudding up no longer causes you to put mud INSIDE the scope.

• Increased difficulty in defusing the Self Destruct puzzle.

• Made the defuse button for Predator Self Destruct sequence easier to interact with.

• Fixed a bug where mudding up animation would sometimes not play.

• Burst firing mode on the assault rifles is temporarily disabled.

• Lowered the damage per pellet.

• Increased the damage per pellet.

• Reduced the amount of time for spin up to finish.

• Lowered the amount of ammo received from ammo bags.

• Increased the proximity damage to self.

• Fixed an issue where the grenade trails would sometimes not appear.

• Made improvements to the attacking and sprinting animations with the knife.

• Target Isolation no longer starts at 100% at the start of the match.

• While eating a dead boar, the Predator now has the option to toggle cloak/vision modes or cancel the eating process.

• Can no longer accidentally cancel Target Isolation by double tapping the button.

• Added polish to the animation and movement for the Predator while traversing trees.

• The Predator is now able to switch weapons while transitioning in Predkour.

• Fixed a bug where blood would not apply to the mask when damaged.

• Fixed a bug where Second Wind or Self Destruct would not function as intended if activated while controlling the Smart Disc.

• Fixed a bug where the weapon wheel would continue to stay on the screen if active when the Predator enters Second Wind.

• Reduced the damage to the first and third strike combo.

• Smart disc controls are no longer inverted by default.

• Fixed a bug where the Smart Disc would sometimes not fly properly when aiming straight down.

• Fixed a bug where the Smart Disc would sometimes cause the player to be unable to switch their weapon.

• Fixed a bug that caused the Predator to be completely invisible after throwing the Smart Disc while stealthed.

• Made adjustments to the interaction button on the Bear Trap to prevent Fireteam members from being unable to interact with activated Bear Traps.

• Crossplay is now enabled by default.

• Optimized matchmaking queue times, we will continue to monitor.

• Added Matchmaking average time estimates displayed next to each queue.

• Fixed bug with the waiting for player screen not showing connecting players for Fireteam.

Related posts:
Hot News
GeT_RiGhT steps away from professional CS; moves to full-time content creation for Dignitas
Fortnite: How To Fix 'Application Crash' Error
Shadow Of The Tomb Raider: The Best Side Missions Worth Doing (& Some Tips For Them)
Everything Players Need To Know About Upgrade Materials In Remnant: From The Ashes
Melee god PPMD departs from Evil Geniuses after nearly seven years
Recent Posts
This website uses cookies to improve your user experience and to provide you with advertisements that are relevant to your interests. By continuing to browse the site you are agreeing to our use of cookies.Ok