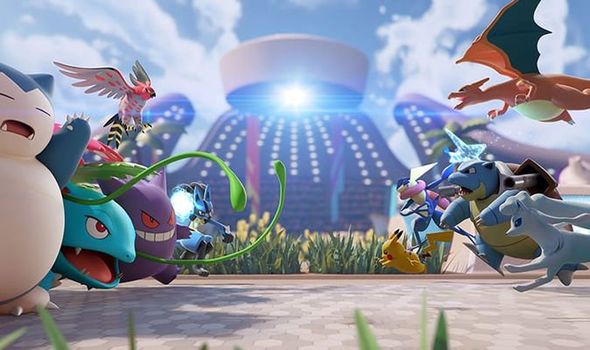 The MOBA lite known as Pokemon Unite is coming to Mobile devices on September 22, 2021.

And we now know a little more about the time gamers will be able to access the new game.

Bringing pocket monsters to the world of MOBA surprised many and has also proven very popular.

Million have downloaded the free-to-start game on Nintendo Switch, and that number looks set to sky-rocket when it becomes available to download on the App Store and Google Play.

The dev team has also confirmed that by linking with a Nintendo Account or Pokémon Trainer Club account, Trainers will be able to access the same Pokémon UNITE account on both Nintendo Switch. and mobile devices.

And in celebration of the mobile release and the surpassing of five million preregistrations, every Trainer who completes the in-game event in the mobile version of Pokémon UNITE by Sunday, October 31, 2021, at 14:59 GMT will receive the following preregistration campaign rewards:

WHAT TIME DOES POKEMON UNITE RELEASE ON ANDROID AND IOS?

The Pokemon Company has not revealed this information directly but has confirmed a schedule that everyone can follow.

The game is currently down for maintenance and will not return until September 22, the day Pokemon Unite releases on Mobile.

The end of the maintenance period is also when a new game update is released, meaning it will be the first time that everyone can access servers again.

Based on this information, the Pokemon Unite Mobile release time for Android and iOS looks set for after 8am BST.

It’s unclear if the game will launch as soon as maintenance ends, or if there will be a delay so that everything can roll out gradually.

But it will be worth checking the different app stores to make sure that you’re ready to jump in when maintenance has ended.

Here are some of the changes coming with the launch of Pokemon Unite Mobile:

Timed with Pokémon UNITE’s mobile release, a new battle pass, Galactic Ghost 094, will begin on Wednesday, September 22. In this new battle pass, space-themed items will make their debut. Players will need to complete both daily and weekly missions to raise their battle pass level and receive rewards based on that level. Additionally, those who purchase the premium pass will have the chance to earn more rewards.

A new feature, Unite squads, will be added to both the Nintendo Switch and mobile versions of the game tomorrow, Wednesday, September 22. Trainers can create their own squads or search for already-existing squads to join and connect with other players. By choosing squad tags that others can search for, like-minded Trainers can find each other easily.

Complete a special mission to receive the Unite license for Zeraora