Home » News » Pokemon Sword & Shield: The Best Items You Can Find In The Wild Area

Pokemon Sword & Shield: The Best Items You Can Find In The Wild Area

The main Wild Area in Galar may be better known for its wide range of biomes, roaming wild Pokemon, and Max Raid dens, but it is also home to a large number of items that are useful both during a standard playthrough as well as in the post-game sections. Some of these items have a fairly niche use, though others can simply be sold off at a high price for extra cash.

Some of these items are also linked to roaming NPCs, the majority of which will offer a random item in exchange for 100 Watts. While this exchange might not seem worth it, especially before Eternatus has been defeated as the amount of Watts gained from Raid Dens are relatively small, the items they give are generally worth the price. 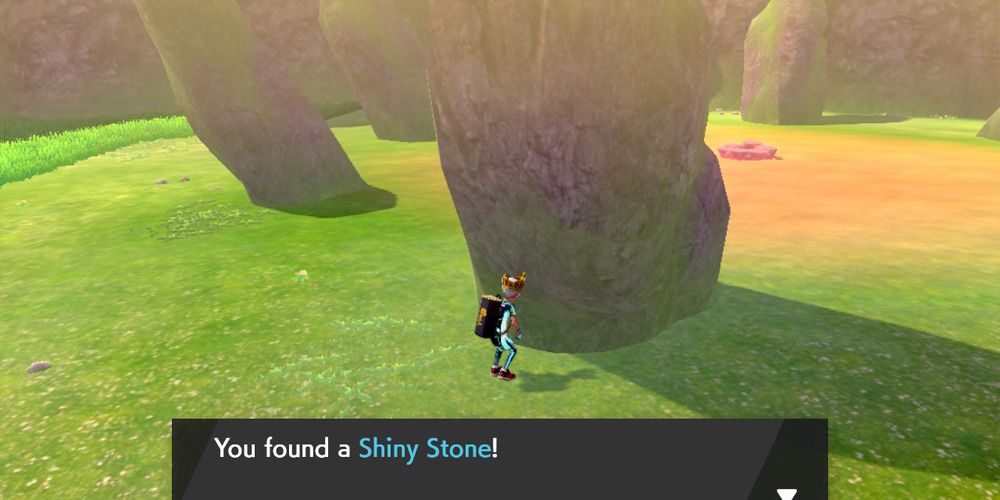 Some of the best items available in the Wild Area can only be reached once the Rotom bike has been given the water attachment that allows you to ride over to the Lake of Outrage’s Raid Den. While the den itself is noteworthy, since it is home to Gigantamax Charizard once you have defeated the Pokemon League and unlocked wild Gigantamax Pokemon, the stones surrounding this den also spawn evolution stones every 24 hours. Not only can you find the more common Thunder, Water, and Fire Stones, but also the more niche stones such as Dusk, Shiny, and Dawn Stones needed to evolve the likes of Togetic, Doublade, and Kirlia. 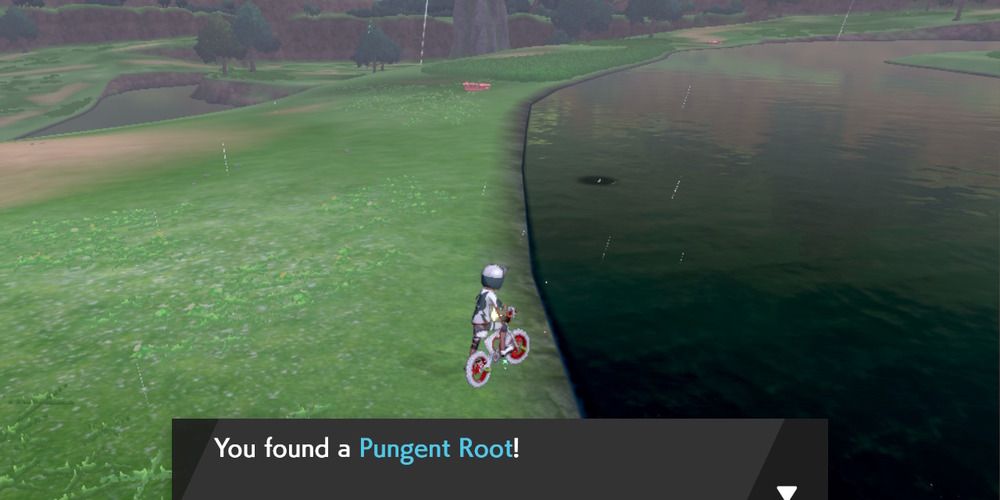 While most players will opt to use healing items you can buy in Pokemon Centers, since they are much more readily available and don’t have the downside of reducing a Pokemon’s happiness level, the bitter healing items are always a good back up, especially if you are planning to spend a long time in the depths of the Wild Area before gaining access to the Corviknight Taxi service. On the Motostoke Riverbank, you can find glimmering spots that have a high chance of being either Pungent Herbs or Revival Roots, both of which are very useful if you are trying to avoid certain strong encounters. 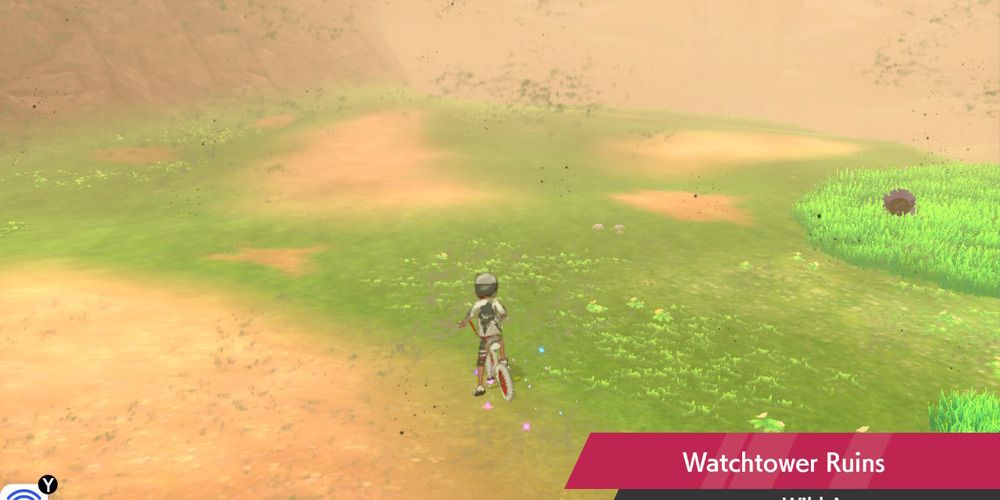 Although it is most useful in online, competitive, or post-game battles, you can find the White Herb hold item, which resets any lowered stats when held, in the Watchtower Ruins. Although arguably better held items can be found in the Isle of Armor or Crown Tundra, such as the otherwise hard to obtain Flame, Toxic, or Life Orbs, this is one of the few good held items that can be found in the main Wild Area and is worth picking up even if you have no intention of using it. 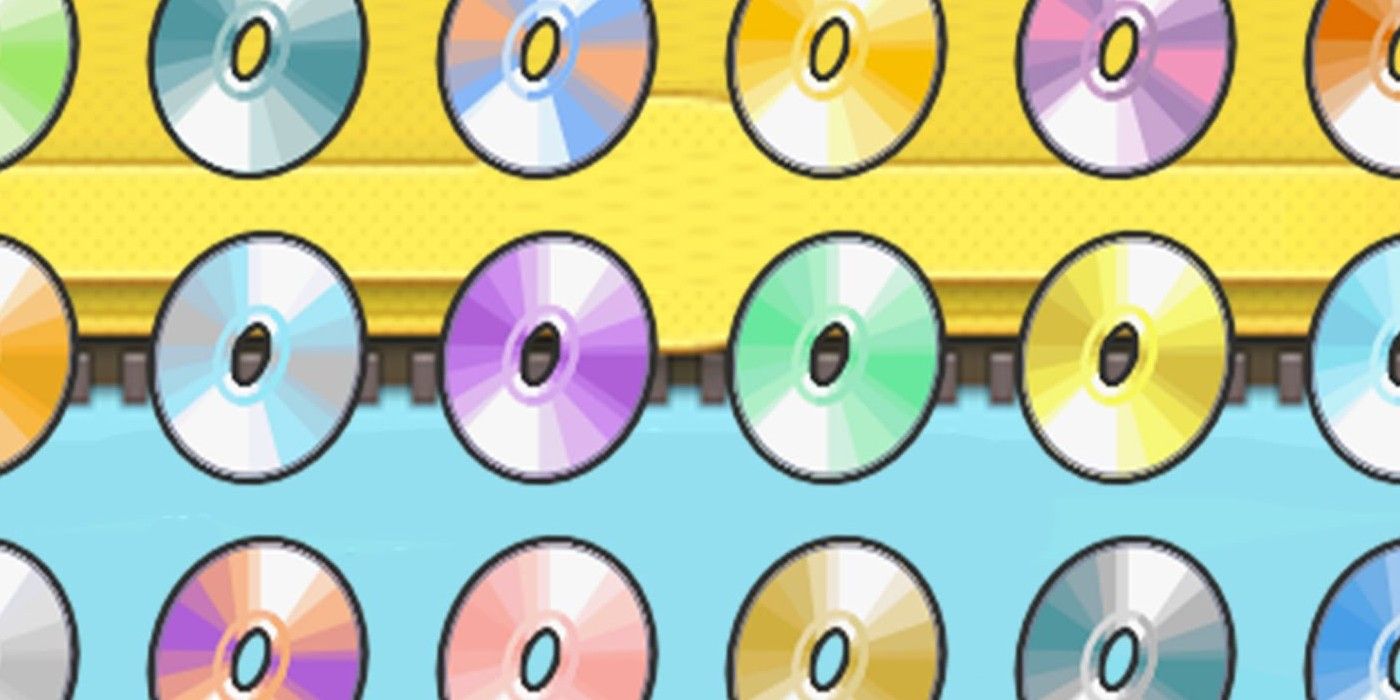 Although the majority of TMs in Sword & Shield are either gym prizes or bought in Pokemon Centers, there are several great TMs that can only be found in the Wild Area. I the early-game, Facade can be found in Motostoke Riverbank, Tail Slap in Rolling Fields, and Bulldoze in Giant’s Seat.

While some later-game TMs can be found simply by exploring the Wild Area sooner than is recommended, such as Cross Poison in Dusty Bowl and Low Sweep in Bridge Field, there are also several other TMs that can only be obtained once you have obtained the water attachment for the Rotom bike, such as Shadow Claw in Lake of Outrage and Air Slash on Axew’s Eye. 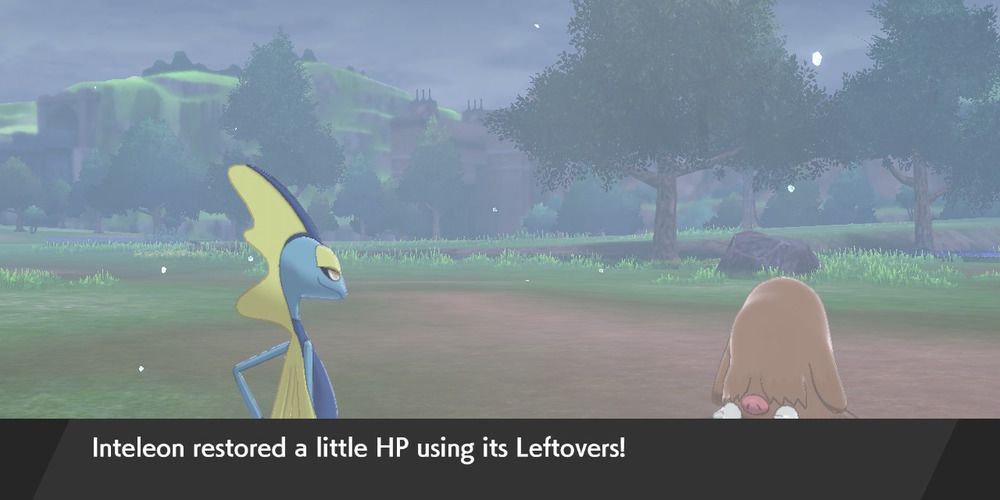 Although many hold items either only have one use or aren’t as useful in standard gameplay runs as they are in competitive teams, one item that is generally good at just about any time is the Leftovers. Unlike other held items, which are generally a once-off encounter in the overworld, Leftovers can be found multiple times in the Wild Area near trees, being mostly found in glimmering spots in Bridge Field, Giant’s Cap, Giant’s Mirror, Lake of Outrage, Hammerlocke Hills, and Motostoke Riverbank. 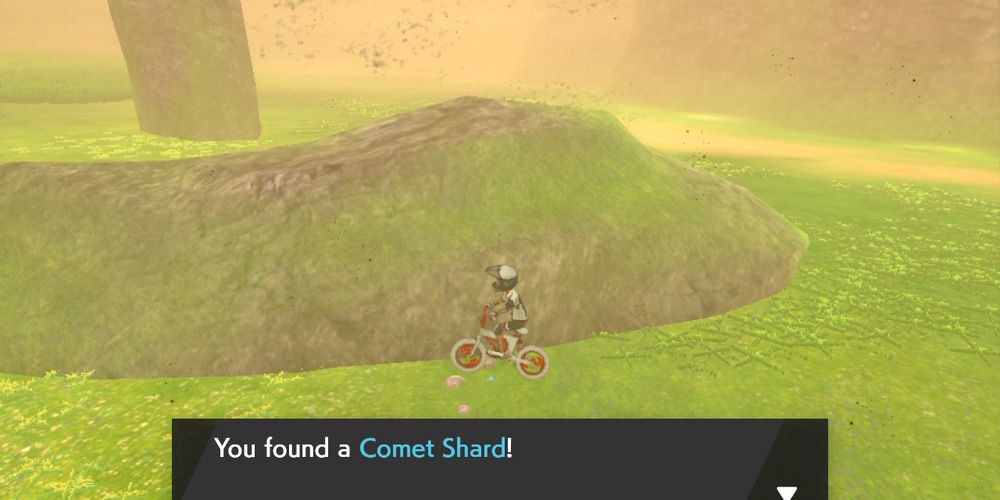 Unless you are looking to buy every TM as they become available, you should have no issue with making money in Sword & Shield. However, if you are looking to make a few quick bucks, there are several items that can be found in glimmering spots that have a high resell value. In Lake Axwell, you can find various Pearl items including Big Pearls and Pearl Strings, Rolling Fields have both Tiny and Big Mushrooms, and Stony Wilderness has Star Pieces, Stardust, and Comet Shards, the later of which has the highest value of any item when selling if off to the valuable item trader in Stow-on-Side, who buys them for 30,000 each. 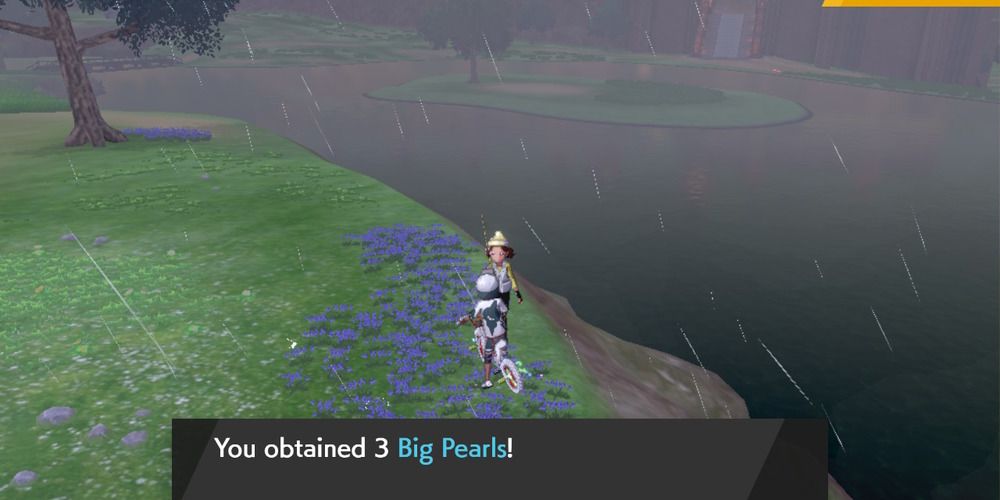 In various locations around the Wild Area, you can find a mysterious fisher who would rather fish up items than Pokemon and is more than happy to give you what they have caught for a small fee of 100 Watts. These items can range from anything from a couple of Pearls to multiple Pearl Strings, though they can also give you Wishing Pieces if you are particularly unlucky, despite the fact that Wishing Pieces are the rarest item they will give you. Like the Comet Shards, the valuable item trader in Stow-on-Side will pay extra for these items, giving you 27,500 per Pearl String, 12,000 per Big Pearl, and 3000 for Pearls. 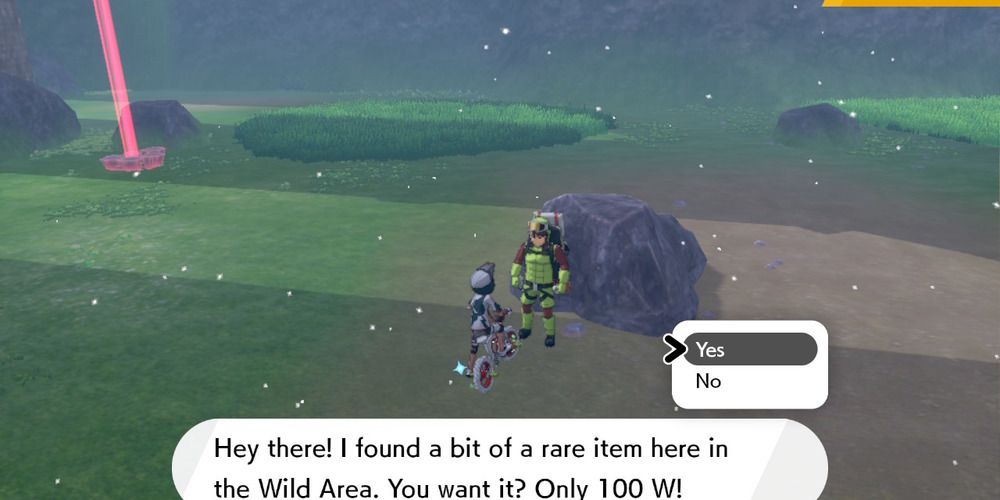 Like the roaming fisherman, there is also a roaming hiker you can find in random spots in the Wild Area who will trade Watts for items, though in this case, he will gift you XP Candy. Although XP Candies are very easy to get in Max Raid battles, using the Watts gained from those battles to buy more XP Candy isn’t a bad way to use your money.

The hiker can give you anything ranging from XS Candy to a Rare Candy, though his potential prizes will change based on how many badges you have obtained and he won’t give you anything higher than an M Candy until after you have become champion, so his prizes are only really worth it in the earliest sections of the game. 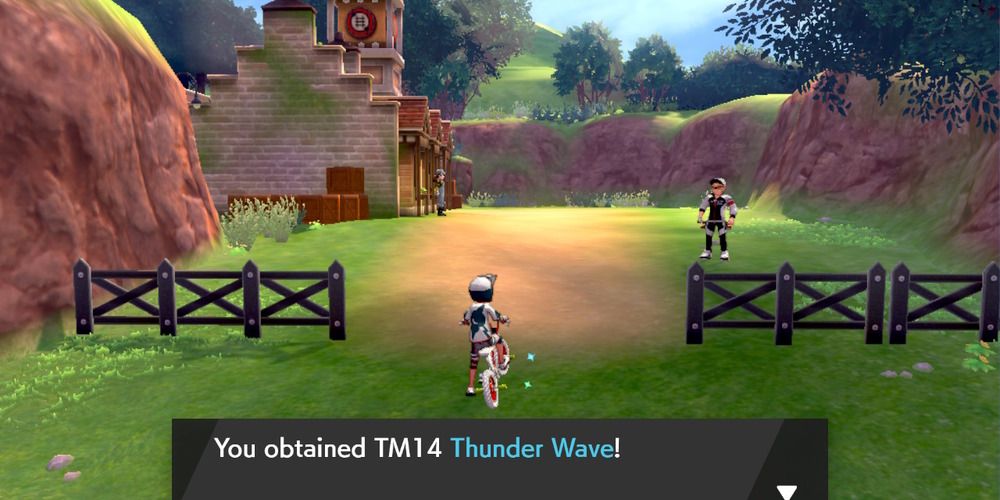 The Rotom Rally may be optional and very easy to miss, but it is well worth doing these races against the clock as the TM prizes are some of the better ones available. After completing your first Rotom Rally race successfully, the NPC will give you the Thunder Wave TM which is useful in both the main game and post-game. If you manage to get over 20,000 points in one race, however, you will be given the TM for Volt Switch instead, though this is a little harder to obtain early one. The easiest way to get the Volt Switch TM is to complete the final race to Hammerlocke, as you can easily get upwards of 30,000 points even if you accidentally run into wild Pokemon. 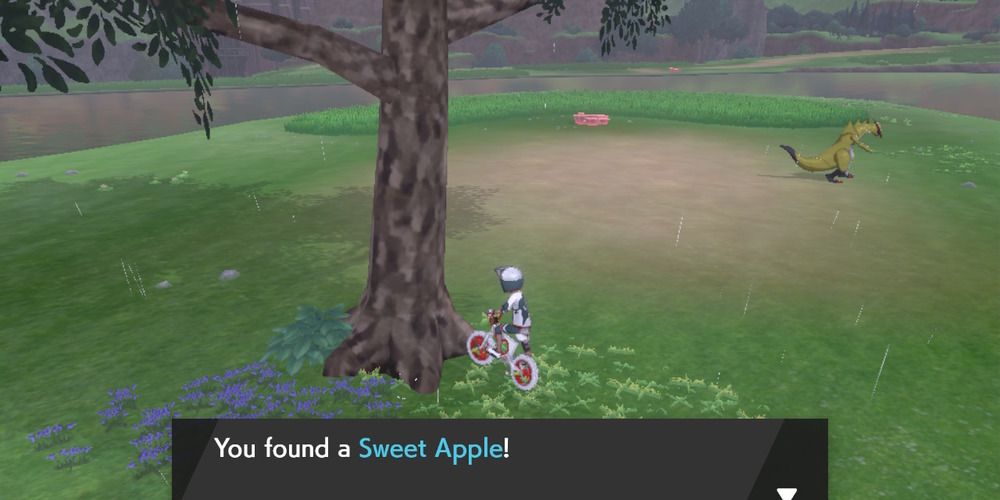 Evolition stones aren’t the only evolution items you can find in the Wild Area. While the Crown Tundra has many Cracked and Chipped pots in glimmering spots to evolve Sinistea, the Tart and Sweet Apples used to evolve Applin can be found in the main Wild Area instead. Unfortunately, you can only find one of these in any particular version, since Appletun is limited to Shield and Flapple is limited to Sword, so their respective evolution items can’t be found in the opposing version. The island where you can battle a wild Haxorus, Axew’s Eye, is a good place to find these apples near the Berry Tree, they seem to respawn randomly rather than after a set amount of time. 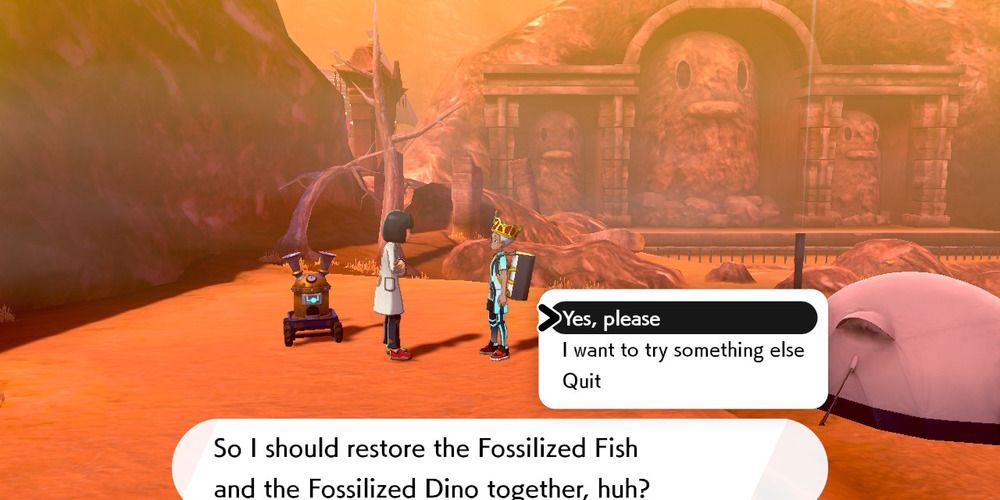 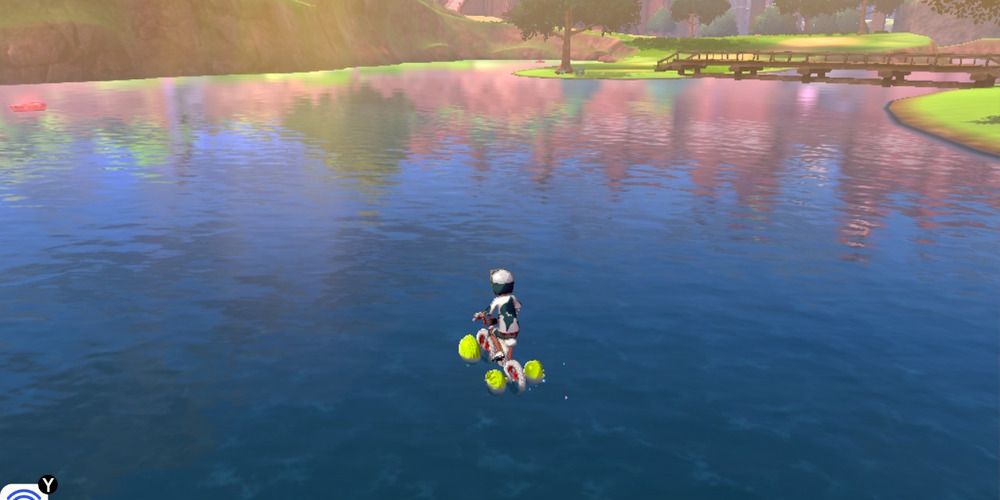 Until recently, Feebas was not only hard to find, but also hard to evolve. Thankfully, the Prism Scale item was added to allow Feebas to evolve into the superior Milotic without having to worry about its Beauty level. The item can be found in Soult Lake Miloch, which is hidden in the water and requires the water attachment for the Rotom bike to reach, but has the advantage of respawning every day or so

Next: Pokemon: Every Elite Four Challenge, Ranked According To Difficulty 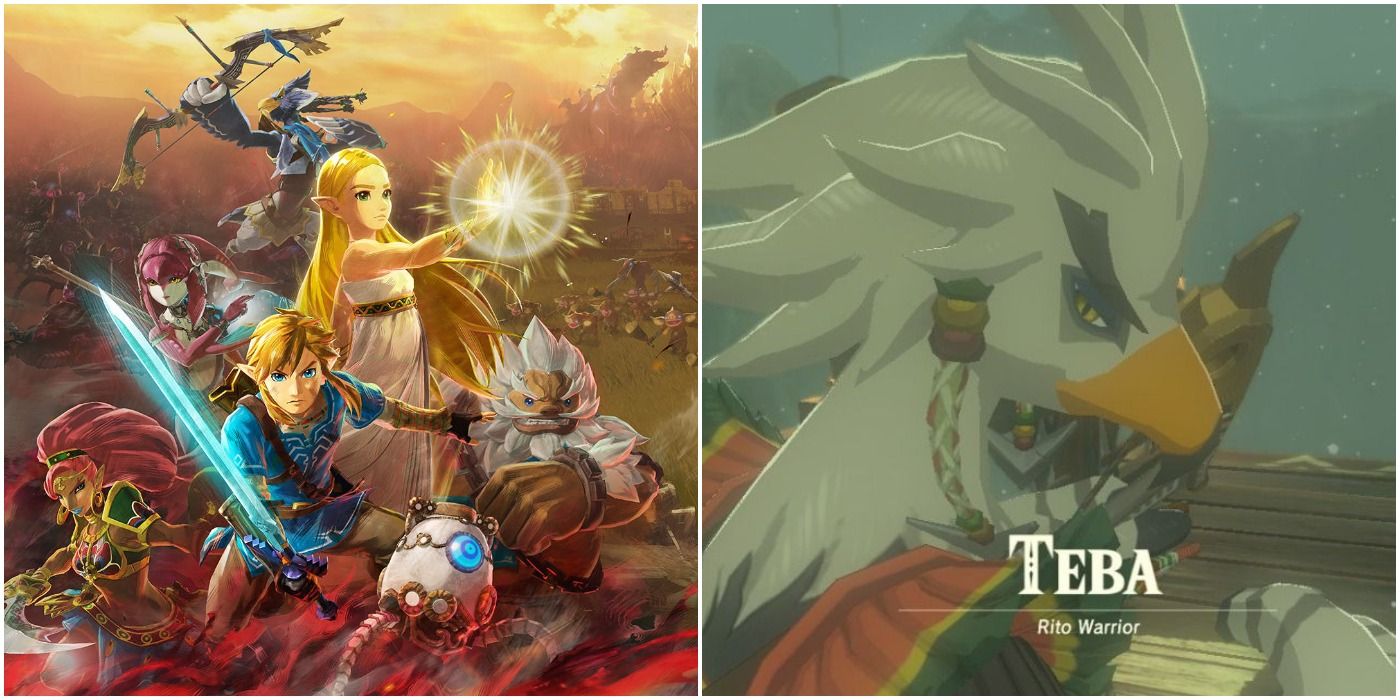 Related posts:
Hot News
Pokemon Will Never Be As Ambitious As It Was In 5th Gen
Uniliga – Die Playoffs in CS:GO starten! – Uniliga
Die besten Spiele zum endlos Grinden – Gaming
How To Defeat Ixillis In Remnant: From the Ashes
PSA: Use Genshin Impact’s Hypostatic Symphony Event As A Buffed Statue Of The Seven
Recent Posts
This website uses cookies to improve your user experience and to provide you with advertisements that are relevant to your interests. By continuing to browse the site you are agreeing to our use of cookies.Ok