Somewhat of the black sheep of the Galarian starters, Sobble isn’t seen in the same light as either Grooky or Scorbunny, both due to its design as well as the fact that its hidden ability isn’t nearly as good as either Grassy Surge or Libero. That doesn’t mean that Sobble isn’t worth taking, as it has many tricks up its sleeve that allow it to be just as powerful as the other starters in Galar.

With a surprisingly diverse movepool for a Water-type Pokémon, stats that make it great for both physical and special attacks, as well as being the fastest of the Galarian starters, this makes Sobble a great Water-type for those who miss using Greninja. 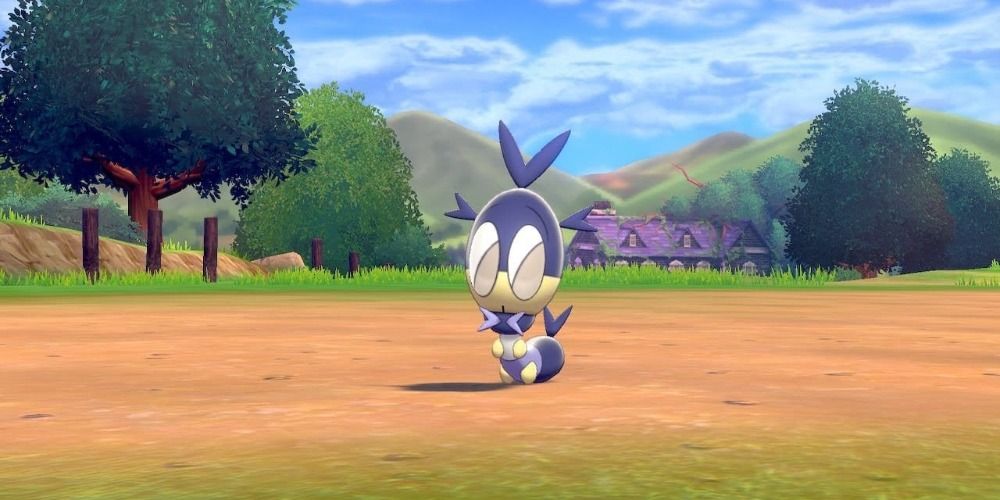 One of the Sobble line’s biggest weaknesses is its appalling defensive stats, as it is designed to be used as a fast sweeper and isn’t likely to stick around in battle for too long if left out. The Blipbug line can be found in the very first area and, aside from helping you deal with the Grass-type gym, also has the defensive stats the Sobble’s line sorely lacks. On top of this, its Psychic and Bug-typing allows it to deal with the many Grass/Poison-types in the series, as well as covering Psychic, Dark, and Fighting-types that can be difficult for Sobble’s line due it its weird movepool covering physical and special moves pretty much equally. 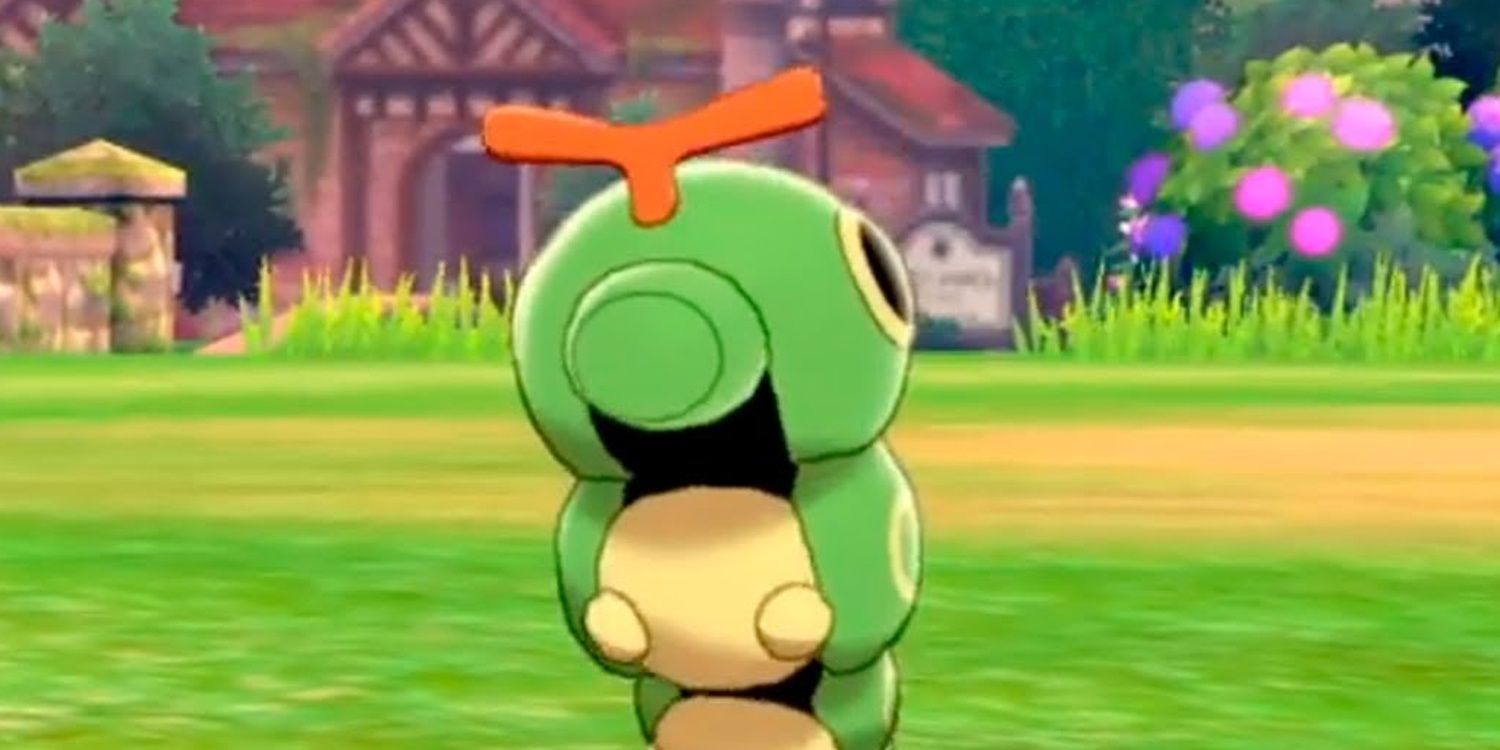 Gigantamax Butterfree may be great in online and competitive teams, but in a normal playthrough, basically every other Bug-type is a better choice. This is especially the case considering that Scizor and Heracross are available early on with the Isle or Armor expansion, which can be explored properly much earlier in the game than The Crown Tundra. While Sobble does cover Caterpie’s Rock and Fire-type weaknesses, this isn’t enough of a reason to catch one for use in a standard playthrough. 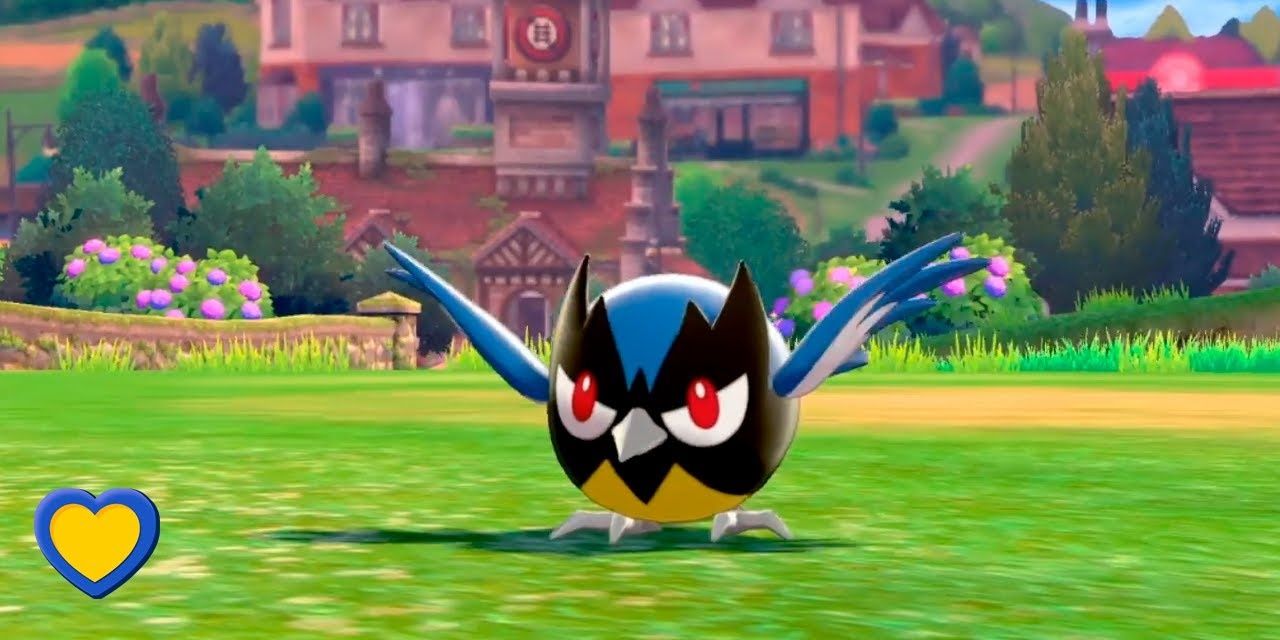 Early-game Flying-type Pokémon have generally been hit or miss, with Pidgey, Hoothoot, and Tailow being quite mediocre, while Starly, Fletchling, and Rookidee are all generally considered some of the best Flying-types in the game. Once Rookidee evolves into Corviknight, this is especially the case as it gains the additional Steel-typing.

While this typing is also shared with Skarmory, a Pokémon that is just as good, it doesn’t require you to explore The Isle of Armor to find and also suffers from its abilities not being as good as Corviknights. Mirror Armor, Corviknight’s signature and hidden ability is not only amazing in a standard playthrough, but also in competitive or Battle Tower teams as well. 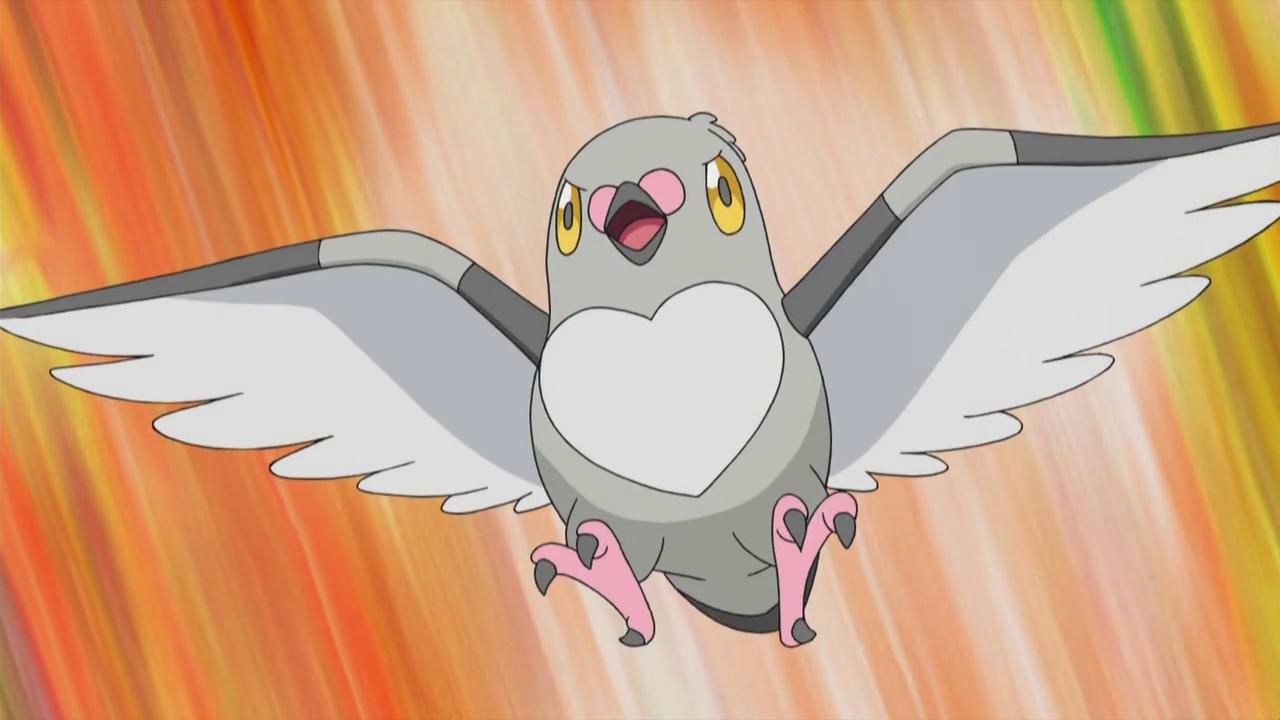 With Fly not being a necessity following Sun & Moon, Flying-types aren’t needed on teams anymore, though are generally useful for Grass and Ground-type encounters. Of all the Flying-type Pokémon in Sword & Shield, none are as underwhelming as the Pidove line and is generally considered the worst early-game Flying-type in the series, even compared to the likes of Hoothoot. Although it does have a very niche strength with a combination of its Super Luck ability and high critical hit chance moves, its movepool is so shallow that it is essentially limited to Normal and Flying-type attacks, with the only good high critical hit chance move it can learn being Night Slash. 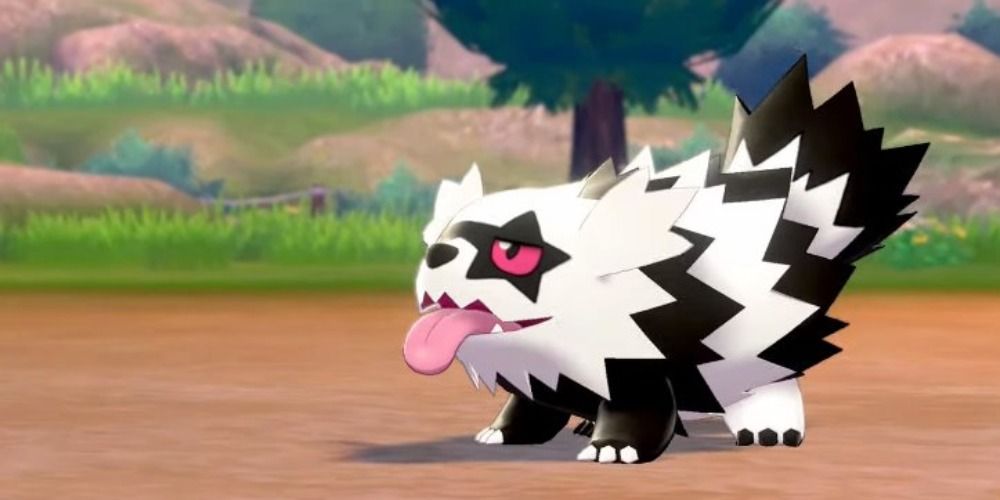 Like with the Blipbug line, Galarian Zigzagoon’s evolutions brings some much-needed bulk that helps tank hits the Sobble line can’t take, particularly from physical attacks. Aside from Obstagoon having many great abilities, with Guts and Defiant being particularly great, it also has a very diverse movepool due to its Normal-typing. While it is particularly weak to Fighting-type moves, if used alongside the Blipbug line, this is a non-issue since, once it is an Orbeetle, it will take very little damage from even the most powerful Fighting-type attacks. 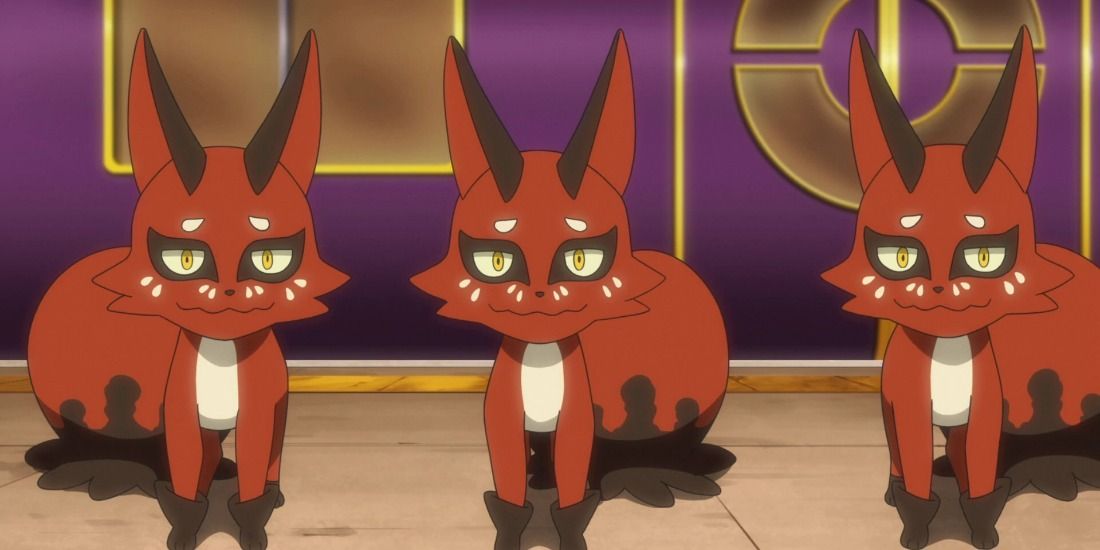 Dark-types are, in general, a great pick for just about any scenario, as their stats and movepool are usually fit for either an offensive build or stall tactics alike. Nickit, on the other hand, is decidedly lacking compared to just about every other Dark-type Pokémon available in Sword & Shield and doesn’t come close to being as useful as Obstagoon. On top of having poor stats, even when it evolves into Thievul, it suffers from the “Typhlosion problem”, in that its very diverse movepool is limited to mostly physical attacks while its stats are more focused on special attacks. In general, there’s not a whole lot you can do with Nickit of Thievul even in competitive battles. 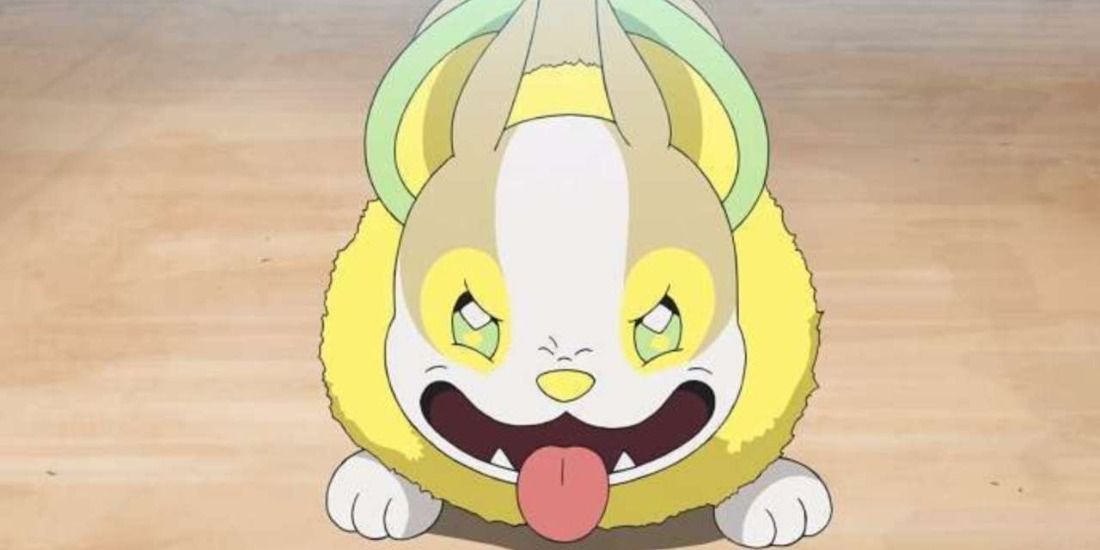 Not only is Yamper super cute, it’s an Electric-type Pokémon that can be found and caught almost immediately and goes a long way in helping Sobble deal with other Water-type Pokémon. Although it has a very similar stat distribution to Sobble, with emphasis on attack and speed, the combination of its abilities, Strong Jaw and Competitive, as well as its surprisingly diverse movepool for an Electric-type, make it a great all-round cover for most types that would give Sobble trouble. While Yamper and Boltund do suffer from a very shallow level-up movepool, this can be easily offset with TRs and TMs found easily in the Wild Area. 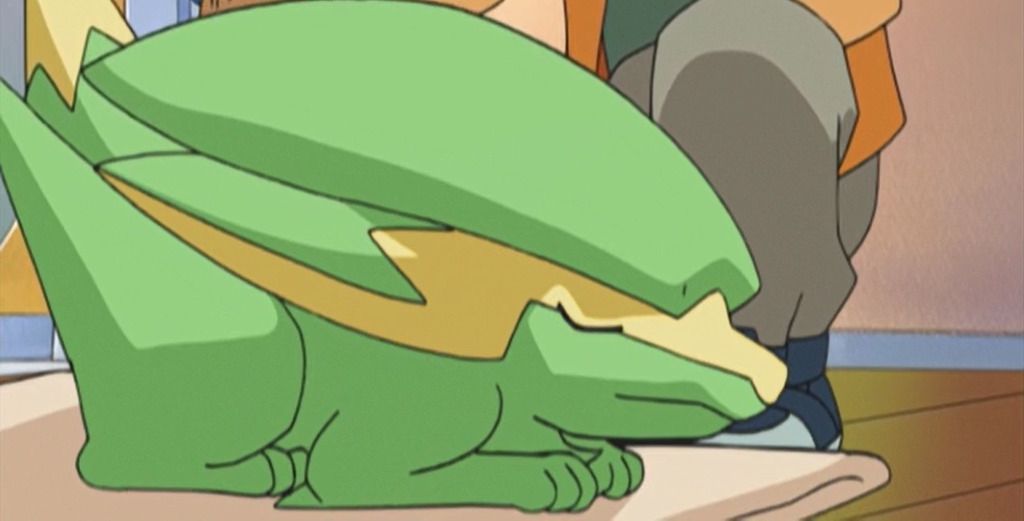 Although Electrike can be found as soon as the Wild Area opens up, it has a distinct lack of utility since it has lost the ability to Mega Evolve. While it goes a long way in allowing you to deal with other Water-type Pokémon that Sobble can’t, it’s movepool just isn’t diverse enough to warrant using in a standard playthrough.

While it does learn coverage moves like Snarl and Flamethrower, that’s about all it can learn that aren’t Electric-type attacks, as the majority of its better coverage moves are physical, while its stat distribution is geared towards special attacks. 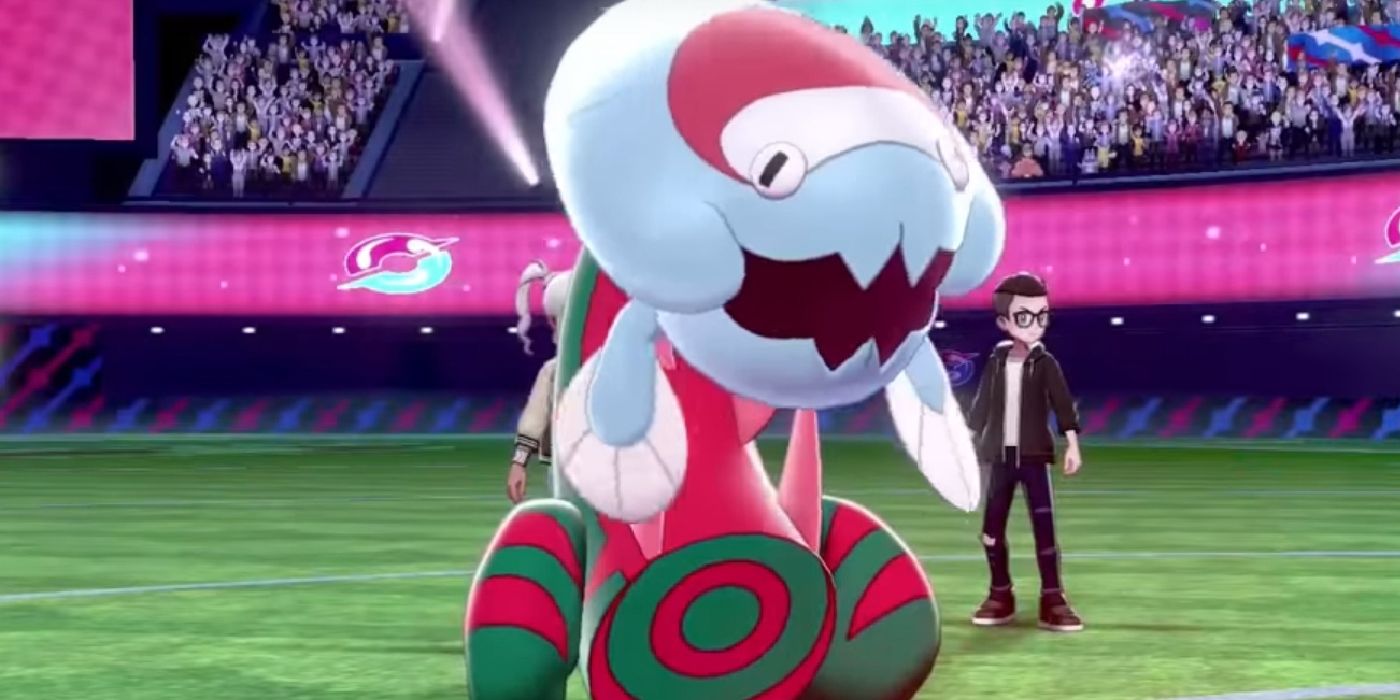 Aside from being one of the most powerful Dragon-types to come out of Galar, Dracovish’s high defenses and ridiculous signature attack, Fishious Rend, go a long way in supporting the Sobble line and helps deal with many of its weak points. While it is still hit neutrally by Electric and Grass-type attacks, it can also learn Earthquake and Leech Life to deal with both of these types respectfully and is a great partner for Sobble overall. 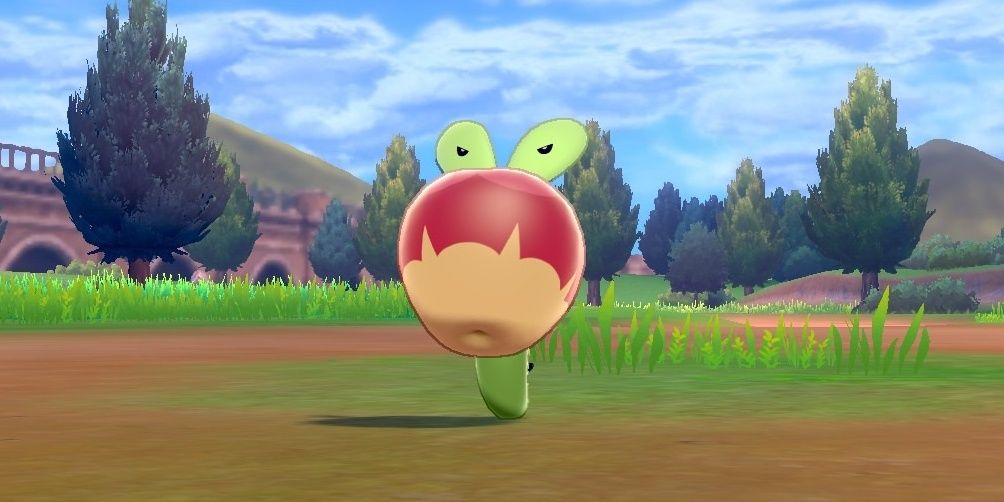 The Grass-typing might seem tempting to cover Sobble’s inability to deal with other Water-types, the Applin evolutions, while not necessarily bad, don’t really help Sobble do anything special. The Applin evolutions also suffer from being four times weak to Ice-type attacks, a type that Sobble can’t easily deal with without the assistance of another team member. Finally, the Applin evolutions are available at a time that is a little too late for them to be useful, as neither one is particularly effective against the likes of Opal, Raihan, or Leon.

Next: Pokemon: 10 Things Most Fans Don’t Know About Lucario 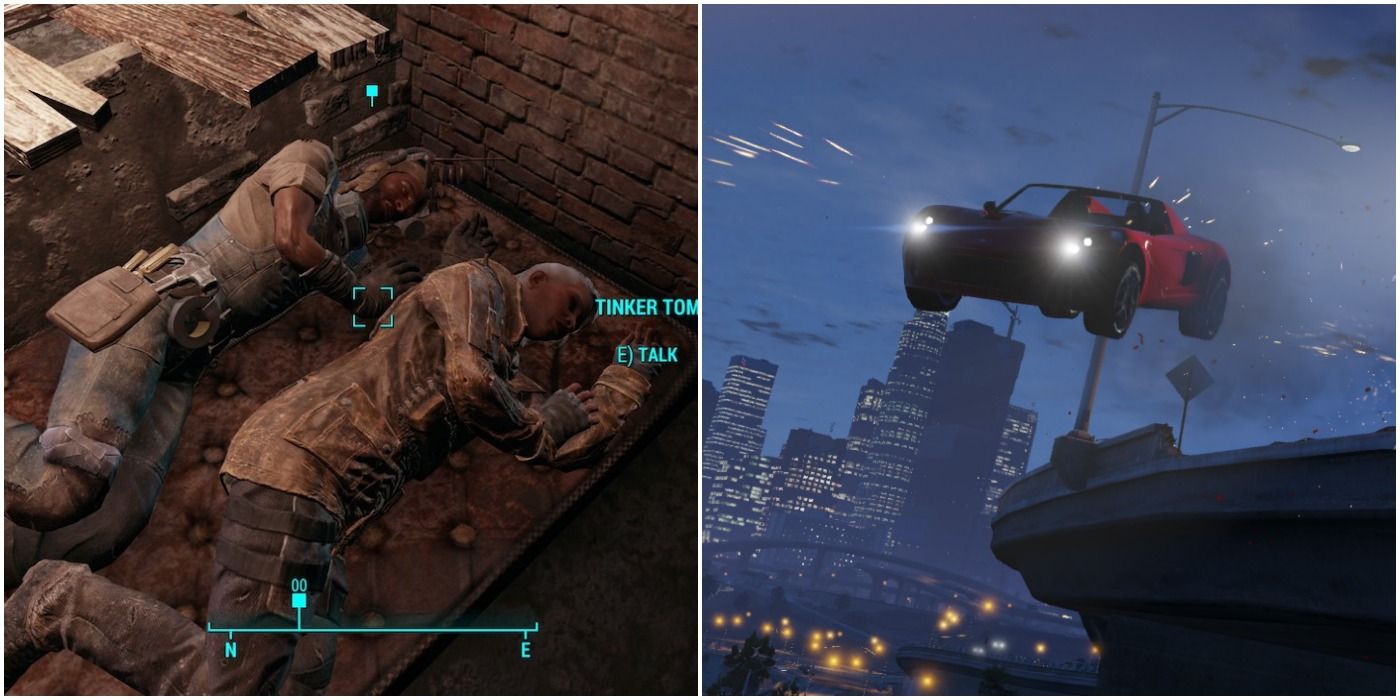 Related posts:
Hot News
Story of Seasons: Pioneers of Olive Town DLC Adds New Marriage Candidates
Neue Hoffnung für Fortnite als Esport – Reaktion auf Profi-Kritik
Genshin Impact: How To Complete The Slime Paradise Web Event
Riot will restrict toxic Valorant players from playing rated matches
Barca, Bayern und Co. – Diese Fußballvereine haben Esport-Abteilungen
Recent Posts
This website uses cookies to improve your user experience and to provide you with advertisements that are relevant to your interests. By continuing to browse the site you are agreeing to our use of cookies.Ok