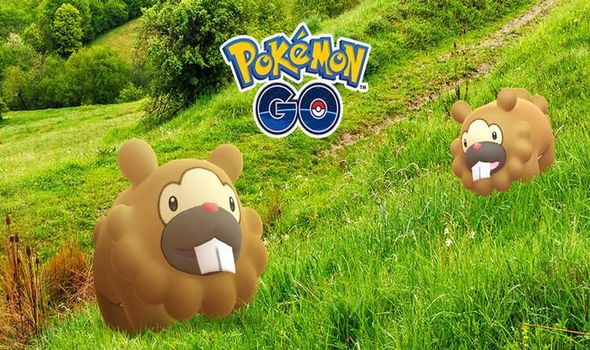 Niantic has confirmed that Shiny Bidoofs can now be found in Pokemon Go, at least until July 1.

This was revealed as part of the launch of the new Bidoof event, which includes several running rewards.

“On certain days of the event, Bidoof you encounter will know attacks that they normally cannot learn. On Thursday, July 1, 2021, from 10:00 a.m. to 8:00 p.m. local time, you can use a Charged TM to teach Bidoof any of these attacks.

“After the event, you can use an Elite Charged TM to do the same. During each of the times listed below, you can encounter Bidoof that know the following attacks.”

But while many of these new rewards are now active and Shiny Bidoofs can be found in Pokemon Go, more is being planned.

Niantic has teased that they will be launching something new on Monday, June 28, as part of the current Bidoof event.

“Keep an eye out for more details on what’s to come Bidoof-wise on Monday, June 28, 2021! Ready or not, the Bidoofs are coming. It’s an inevitable fact—an indomitable truth, even—and we must prepare. Let’s GO!”

We already know that new bonuses are being planned for this week that will increase 4× Catch XP, but this isn’t scheduled to happen until Tuesday, June 29, 2021.

There will also be a change in movesets, with Ice Beam becoming available on Tuesday.

So until Niantic makes its announcement on Monday, we won’t know exactly what is being planned.

Trainers looking out for Shiny Bidoofs have not been given any hints on how to increase their chances at an encounter.

However, they have been informed that Shadow Bidoofs can be unlocked by taking on Team Rocket Grunts.

We also know that there is a big incentive to evolve your Bidoofs this week as part of the new Pokemon Go event.

Not only will you unlock a new shiny if you have found the special Bidoof variant, but evolving Bidoof anytime during the event will unlock a Bibarel that knows Hyper Beam.

Gamers should also know that they can also unlock Bidoof Gift stickers by spinning PokéStops and opening Gifts during the timed event.

Related posts:
Hot News
Stadia on Google TV gets a brilliant Chromecast upgrade
Battlefield Portal is how Battlefield 2042 will beat Call Of Duty 2021
Facebook is Unlocking AR Capabilities for Developers on Quest 2
Outbrain raises $160M in IPO at $1.25B valuation for news link recommendations
The Simple Comforts Of Resident Evil 4
Recent Posts