Gaming conventions are a treat for me, but not often for the reasons they are for most. Because while there’s an appeal to playing AAA games a few months before release, I suppose, or getting lost in the spectacle of giant promotional displays, that doesn’t excite me all that much. No, for me, the best gaming to be had at these is often at the smaller booths on the peripheral – booths full of independent games I’ve never heard of, but become obsessed with after a few fleeting glances.

Such is the case of Tears of Avia, a game that feels like a PSP release from 2007 in the best ways possible. From a mid-aughts Falcom-tinged art direction to rich tactical role-playing mechanics, this is something that ticks every conceivable box for me. It seems like something that’s tailor-made for my specific obsessions, yet I’ve heard literally nothing about up until yesterday.

Tears of Avia takes place in a world consumed by an ancient curse. The world’s plunged into darkness, and only a scrappy, ragtag gang of anime kids can undo the evil’s influence and restore balance to the earth. You know – JRPG stuff! It’s pure comfort food, but part of me suspects that’s the intent. This is a game that feels very deliberately pitched towards people who poured hours into the niche JRPGs released during a better time for the genre. It’s decidedly old-school in its conceit and aesthetic, and as an anime fangirl brought up during the era where things like this reigned supreme, I’m here for it. 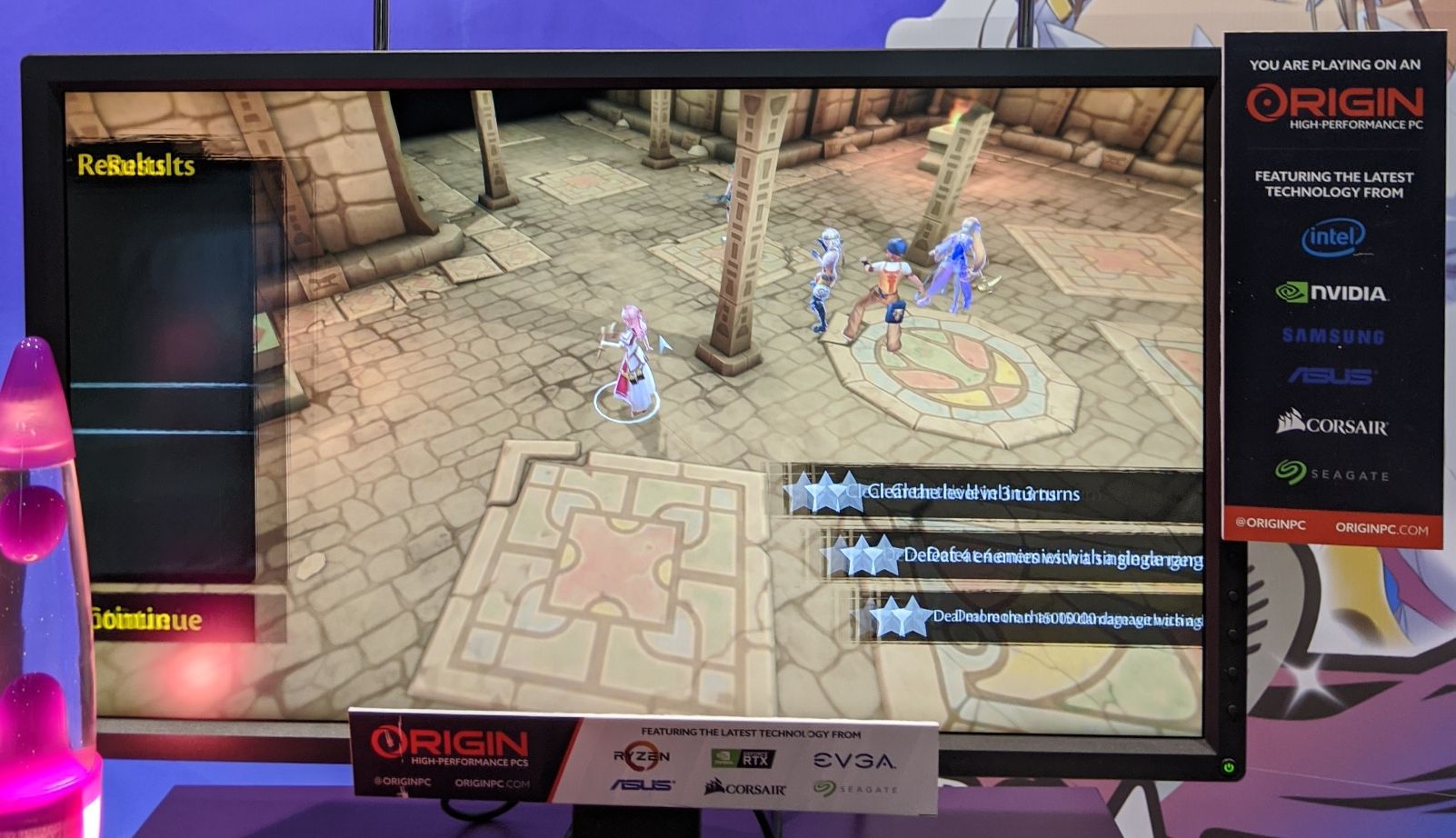 However, that old-school vibe is buoyed by mechanics that are thoroughly modern. Tears of Avia is a grid-based SRPG, and players of stuff like Final Fantasy Tactics and Fire Emblem will feel right at home here. But unlike those titles, this game really leans into 3D in a very novel way, in that players are given complete and total free reign of the camera. Most anime SRPGs are very stingy with their camera controls, and many just don’t offer it at all. Even last year’s Fire Emblem: Three Houses was predominately controlled by an annoying “snap to certain angles” sort of system. There’s a visceral, tactile satisfaction that comes with getting the perfect angle of the battlefield.

I played Tears of Avia with a mouse and keyboard setup, which felt nice and responsive. There wasn’t much lost in the translation from a genre predominately found on home consoles and handhelds, and it actually improved the experience somewhat. Being able to just a guide a cursor around the arena like I would in XCOM was nice.

Also nice is the depth found in the combat. I kitted my party out with a bunch of different classes and found them to all be satisfying in different capacities. What surprised me was the robust nature of each character, with nobody feeling too ill-adapted to any given situation. A brawler had one or two viable ranged attacks, and a healer had a ridiculous offensive move. I’ll be curious to see what it’s like starting with a character from scratch in the final release, especially with the full-featured skill trees I got to mess around with.

Tears of Avia feels like a game out of time in the best way possible. It’s a throwback to a type of aesthetic and narrative that I grew up loving, but with enough modern mechanical contrivances to avoid feeling dated. My time with the game at PAX East 2020 was a reminder of why gaming conventions are such revelatory experiences. Because right now, some cool independent developer is making something that’s entirely your jam and you probably don’t even know about it. So always be sure to dig deep, and if you’re at a gaming expo, maybe forgo waiting in line for three hours to play some AAA game that everybody’s heard of and will play. Take a chance on the smaller booths, and you’ll likely walk away happy.

Tears of Avia will likely drop some time in 2020.