Home » News » PAX East 2020: Dangerous Driving 2 Is Not Quite Paradise, But Has A Lot Of Potential

PAX East 2020: Dangerous Driving 2 Is Not Quite Paradise, But Has A Lot Of Potential

A lot of gamers have slept on Three Fields Entertainment’s past games. While its debut title Dangerous Golf may not have been too great, the studio has been hard at work for the past three years trying to recreate the Burnout series of old. That’s fitting seeing as how Three Fields was founded by the ex-heads of Criterion Games, the developer behind the Burnout brand. Whether or not you think Three Fields has been successful is up for debate, but most people don’t even realize there’s a successor to Burnout available on modern platforms. Tell them and they’ll react with surprise.

It’s probably equally surprising that Three Fields’ next game is Dangerous Driving 2. Announced just last week, this game is a sequel to the original that is looking to expand the scope of the first game quite measurably. Instead of closed tracks, Dangerous Driving 2 features a decently sized open-world for players to explore. I couldn’t get specifics but was told a whole lap around this map could take 90 minutes.

For now, though, the demo playable at PAX East 2020 was an exceptionally early build. Featuring only a single race with very little in the way of variables, this teaser was mainly to show that Three Fields isn’t quite done with its Burnout successor yet. The team has learned from past mistakes and is constantly pushing itself to do better, something that is evident even from this early build. 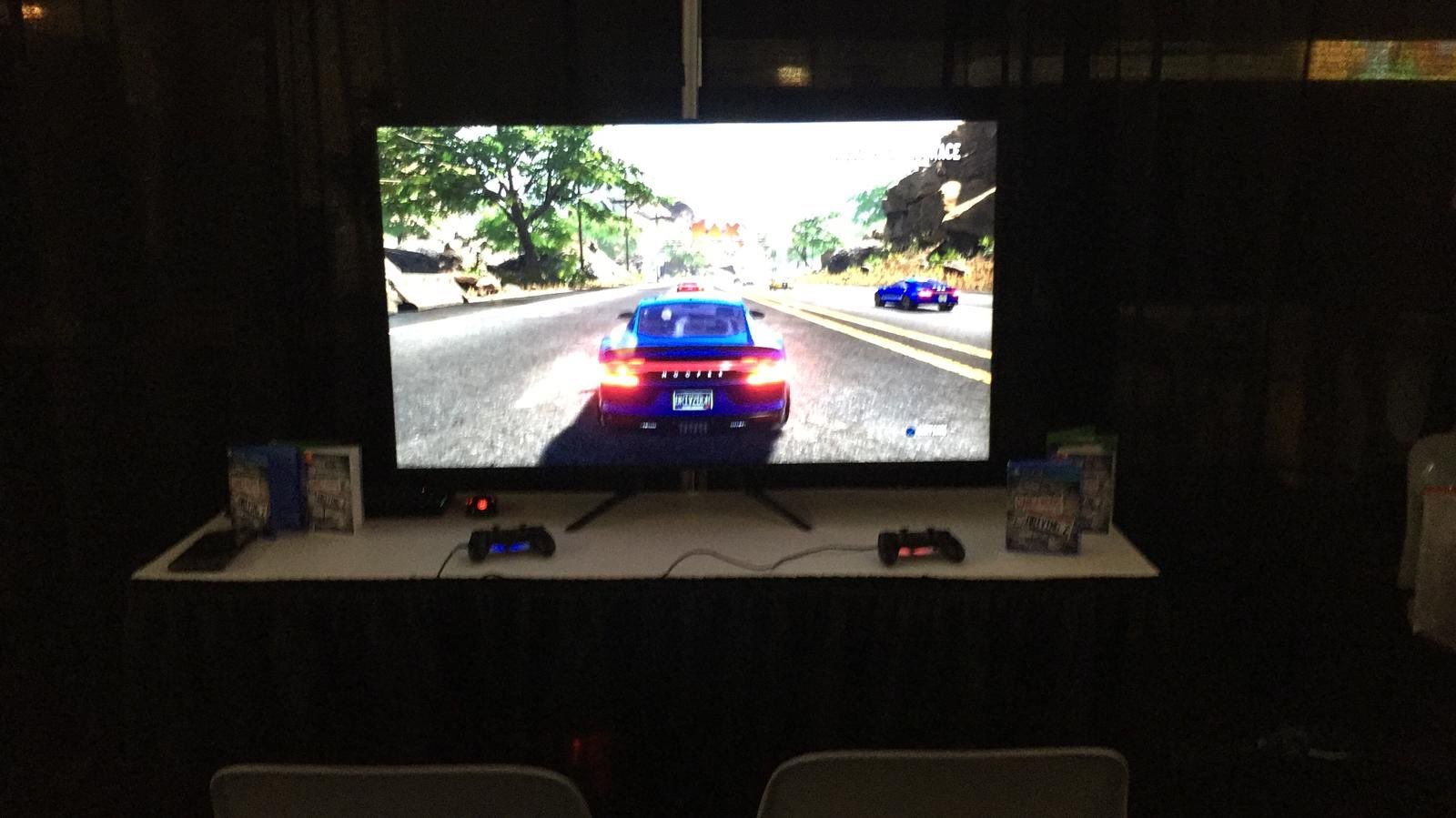 The biggest change you’ll see off the bat is the addition of split-screen multiplayer. Dangerous Driving had an online option added in with a post-launch patch, but the sequel is bringing the goods right from the start. Now you can race your friends around this massive map without having to fuss about with crappy connections and time coordination.

It works surprisingly well, too. The demo wasn’t running exactly smoothly, but there are no massive framerate dips to speak of. Split-screen basically locks things to 30 FPS and lets you slam into your buddy with reckless abandon. It doesn’t quite capture the feel of Burnout of old, but there’s still a lot of work to be done.

The single-player mode runs a little better, but the car handling is a little weighty. It’s still too early to call this, but I noticed some issues where drifting would result in the car hooking too far in either direction, causing crashes. That could be more me expecting the exact same physics as Burnout, which Dangerous Driving 2 does not have.

The best example of this is how dynamic the environments are. One of the safest options for wide turns in Burnout was to ride the guard rail while your car’s paint got chipped to hell and back. If you attempt to slam into a guard rail here, you’ll go flying through it. It seems the power of that open-world design is being put to more use than simply bloating the map.

The tracks you race on are all part of this open-world, so there won’t be any concrete track designs. That said, the demo area felt more in line with classic Burnout than I was expecting. Three Fields isn’t ready to show off more of its highways and byways, so the area here was limited in scope. I was told there would be bespoke areas to traverse through with each having specific weather. It might be jarring to drive from a desert to a snowy mountain, but you won’t be hurting for variety.

Another thing Dangerous Driving 2 introduces is a version playable on Switch. Thanks to the shift in scope from discreet tracks to an open-world, Three Fields was able to change its tech to allow for better data streaming. As such, Nintendo’s plucky little hybrid device can now handle all of the crazy crashes and high-speed thrills like its big brothers.

The current build isn’t exactly smooth, but the visuals don’t really take that big of a hit. Again, everything is super early and Three Fields isn’t even sure of an exact release date. Currently, it expects to release Dangerous Driving 2 for Holiday 2020 on all platforms. That’s roughly a full year to get things in order, though the basics feel pretty good.

That may not seem like a lot of time, but Criterion used to crank out Burnout titles in shorter windows. This team knows how to be efficient and it definitely knows what it wants for Dangerous Driving. With any luck, this one will finally get people to stand up and take notice.