Timeworn Spire is one of 14 unique Expeditions available in Outriders. Expeditions are short dungeons that are unique from the main campaign, throwing players against hundreds of enemies. Completing these missions is key to earning Outriders’ best items.

This particular Expedition is in the middle of the road in terms of difficulty. A mix of ranged and melee enemies can make certain builds struggle to achieve a Gold rating, but most players should be able to farm this mission with some practice. There are far better Expeditions for farming legendaries, but this far from the worst. Here is a complete guide to the Timeworn Spire Expedition in Outriders. 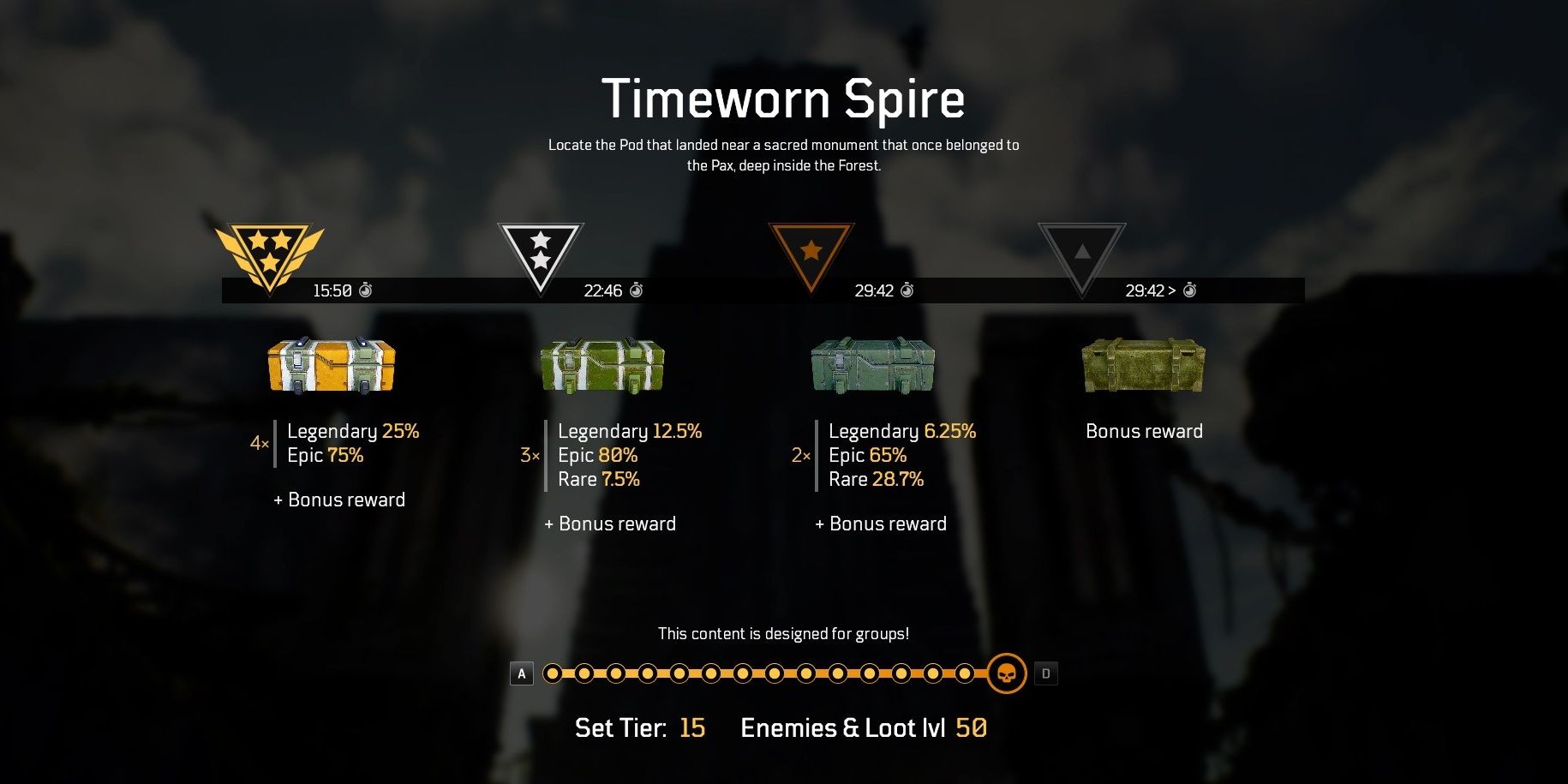 The beginning of this mission is against Kang’s Fighters, a unique variant of Insurgents. The second half of the mission is against Warzone and Forest Beasts. Brood Duchess, Strix, and Grovewarden Behemoths are what you can expect from this mission. Bring a build that can clear content quickly, either through great mobility or high damage output. The Gold time is rather lenient here, so most builds should achieve a Gold rating after a few tries. 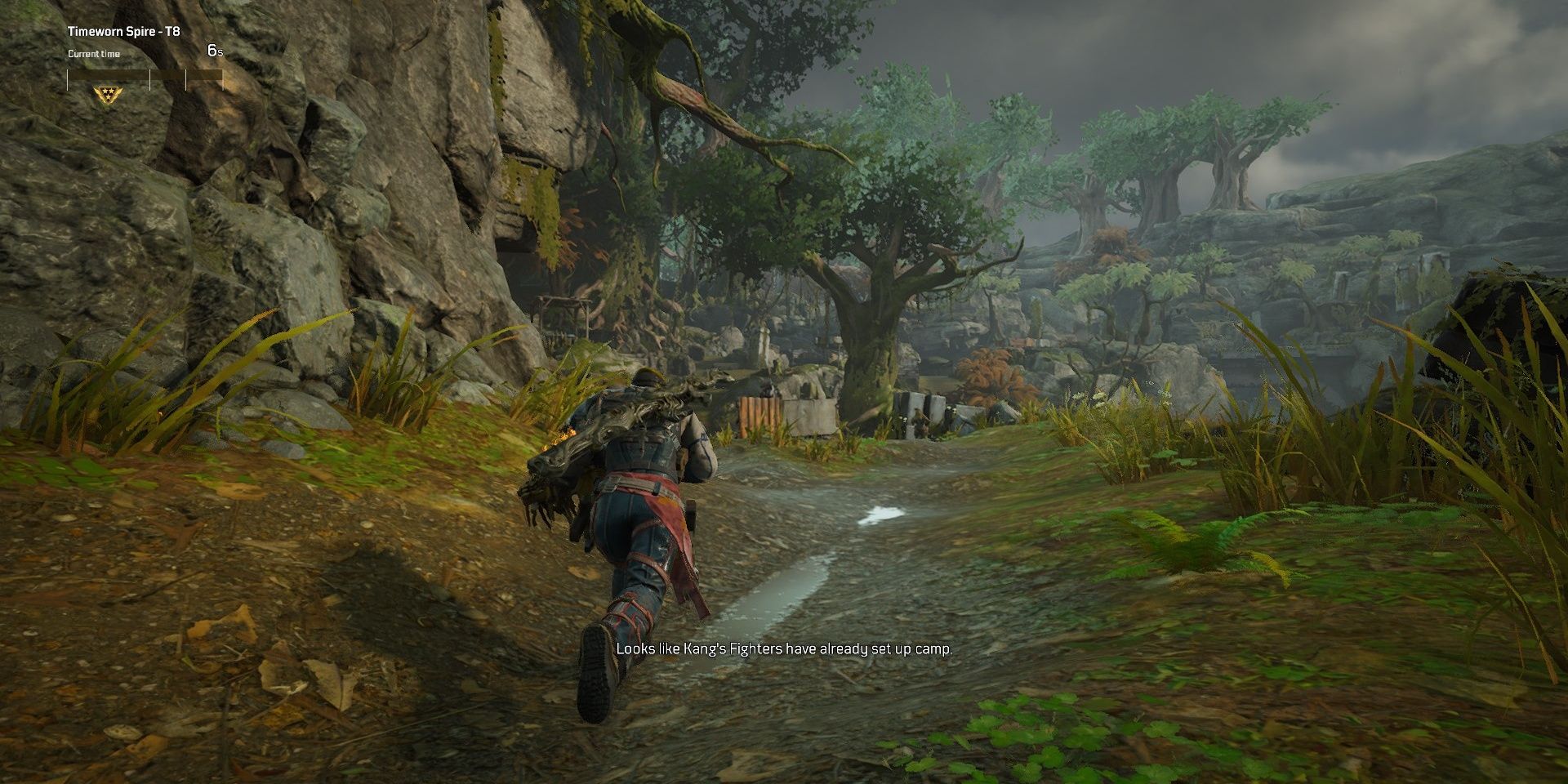 The first encounter is rather simple, pitting you against some of Kang’s Fighters in a linear stretch of land. Mechanically, they behave almost the same as Insurgents. There isn’t anything noteworthy here besides the abundance of Marksmans near wooden towers. Take them out while you’re making your way to the other end of the path.

When you clear out most of the enemies, a second wave of enemies will spawn. One enemy will be a Captain. These enemies are extremely dangerous and can easily kill you. It’ll spawn near the exit, so take him down as soon as he spawns. Besides that, clear the zone to open the next section.

Push Through The Ruins 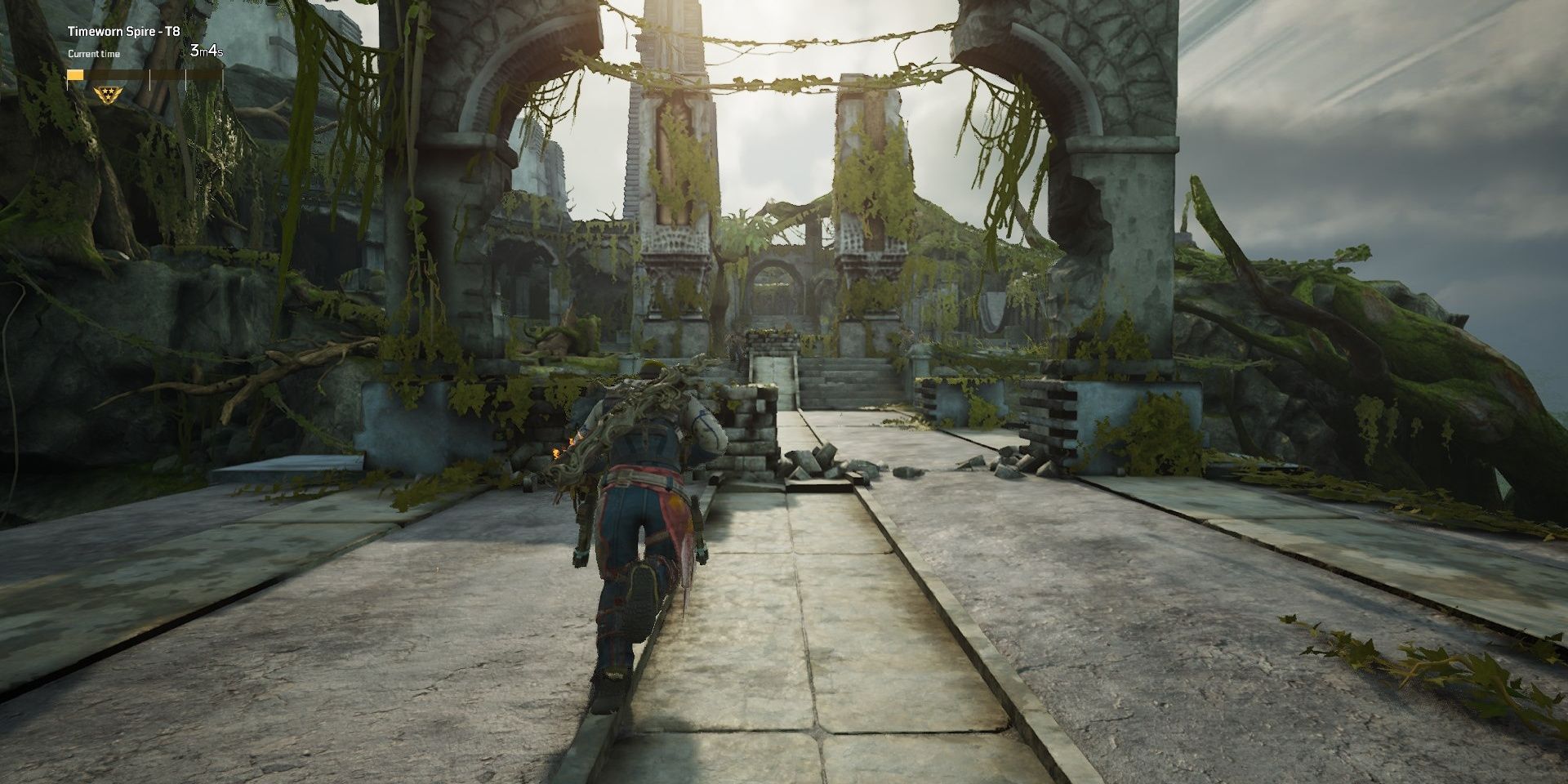 Once again, they’ll be a small group of Kang’s Fighters in the path. You’ll be rushed by a few of them right as you cross the bridge, but most of them are fairly easy to kill. Be wary of the Marksman snipers on the sides of the arena.

When most of them are killed, a wave of Beasts will spawn, some of which will be Alpha Perforos. Make some space if needed, focusing on the Alphas first. If they pounce on you, melee instead of dodging. While meleeing, you can’t be staggered. Clear them out to reach the next area. 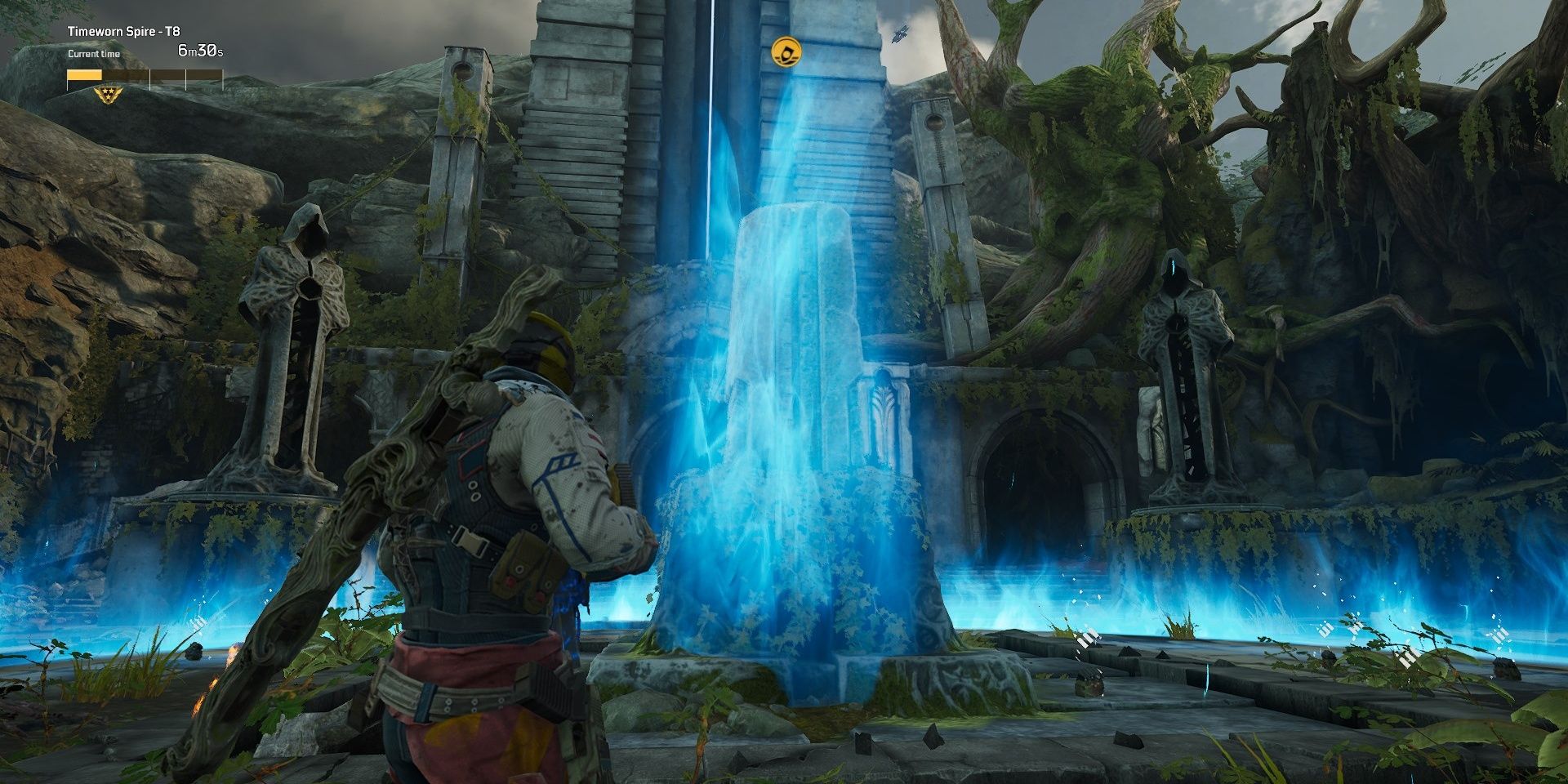 Prepare to be here for a few minutes. Your objective is to protect the obelisk from an onslaught of Beasts, most of which are Alphas. They tend to leap on top of you right as they spawn, so prepare to dodge or melee.

Enemies come in waves, although they’re much more frequent than in other Expeditions. Alphas are the main enemies you’ll face. The third wave will also throw a Brood Mother at you, spawning it relatively close to the obelisk. During this part, kill any Alphas giving you trouble before redirecting your attention to the Brood Mother. If you can’t kill the Brood Mother fast enough, the Alphas can easily stunlock you and end the run. Stand near the obelisk until it fully sinks into the ground to open the final arena. This will take three to five minutes for most groups. 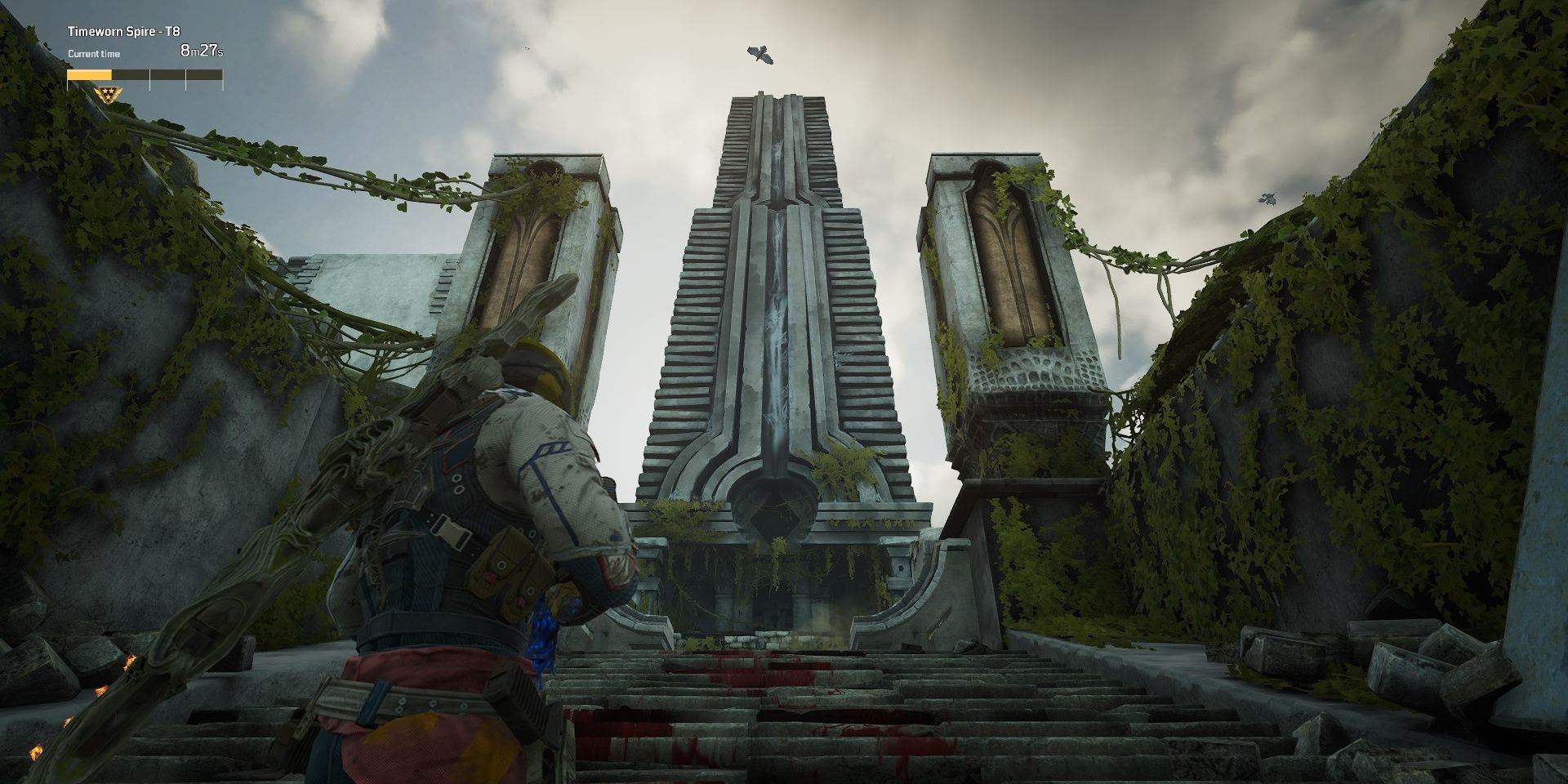 A large number of Perforos and other Beasts will spawn as you enter the monument site. Due to the size of this area, it’s not a bad idea to stick under the monument to group all of the enemies together. Kill all of the fodder enemies to spawn the boss. 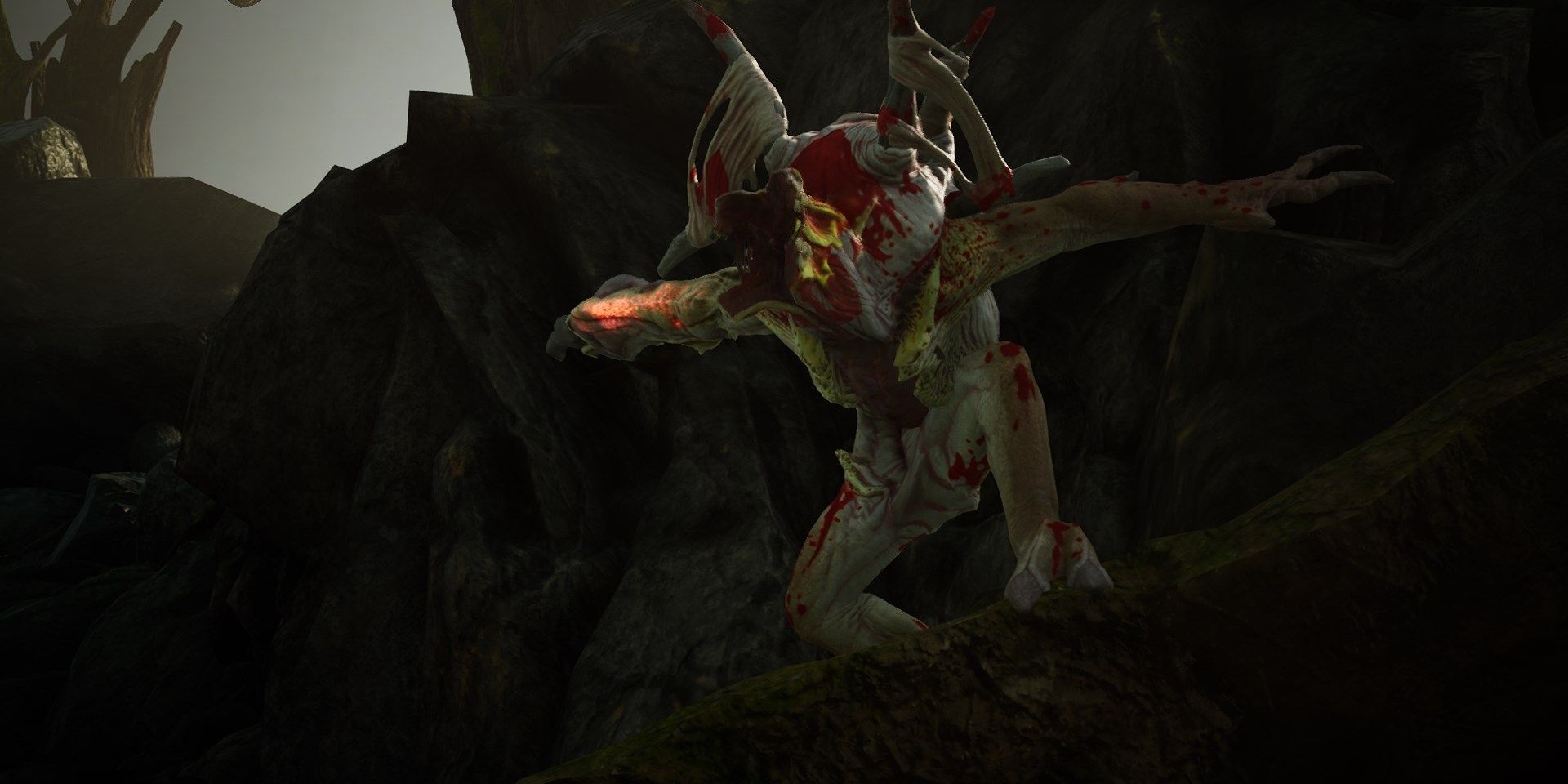 The final boss is a Brood Duchess with no special properties. As with all Brood Mothers, it’ll try to buff nearby Beasts with a unique ability. You can kill the boss rather quickly by attacking its heart.

Far more deadly is the wave after the boss. You’ll have to face four Crawlers simultaneously, one spawning in each corner of the arena. These enemies can easily stunlock you with a Freeze status effect and end the run. Focus on these enemies as soon as possible. A Behemoth and multiple Strix will also spawn to give you trouble.

The Crawlers are easiest to deal with outside, giving you space to avoid their cone breath attack. Conversely, the Strix are much easier to fight under the monument since they have less room to move around in. As with previous encounters, you’ll need to kill everyone to end the mission. Use crowd control abilities to take out the Strix and Behemoth from safety.

Next: Outriders Complete Guide And Walkthrough 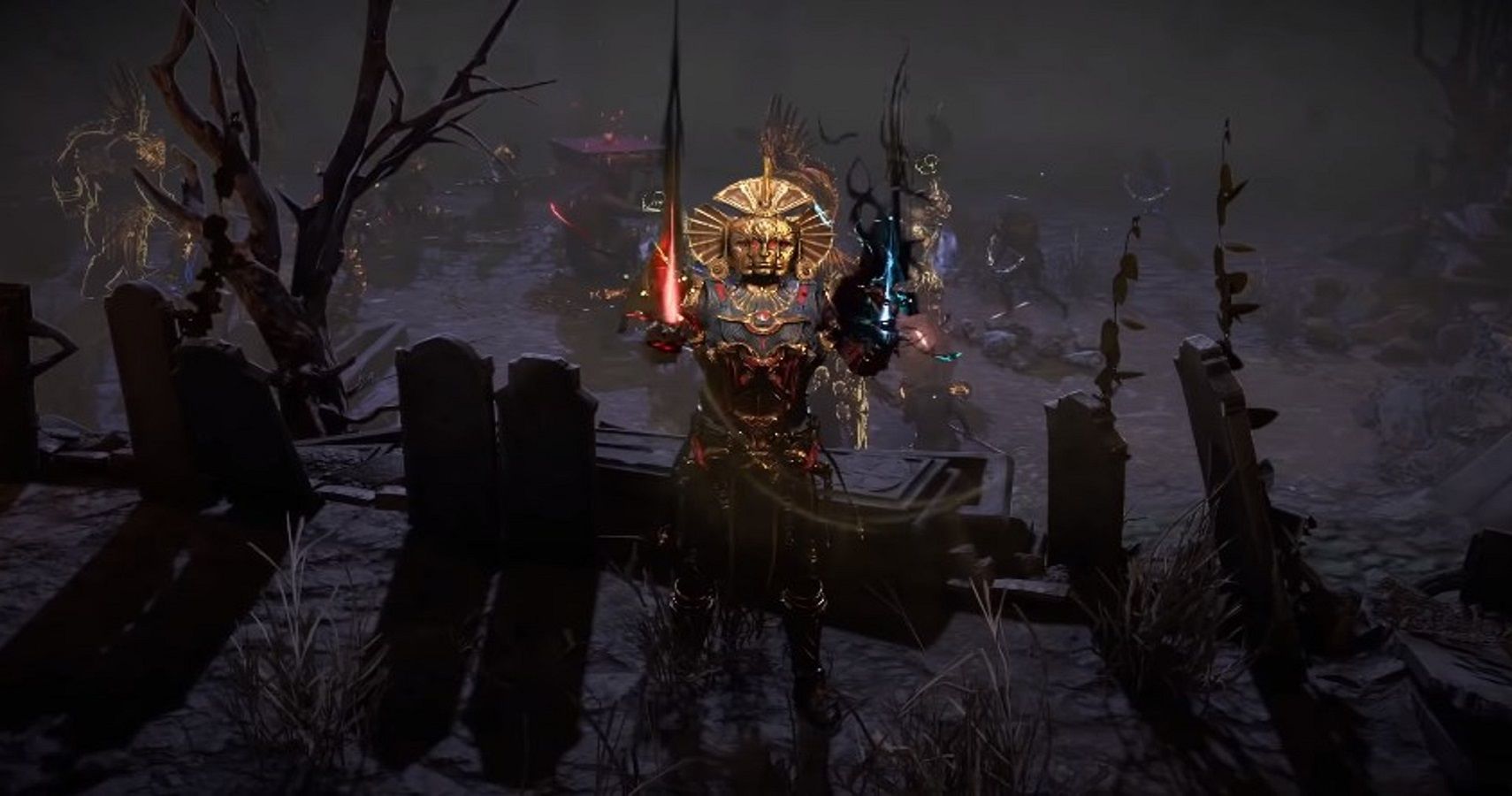