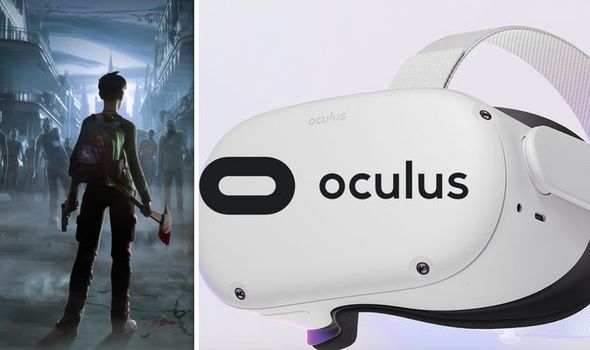 After it was announced during the recent Facebook Connect event, the brand new Oculus Quest 2 virtual reality headset is now available to purchase.

A follow-up to the popular Oculus Quest device, the new and improved VR headset has an October 13 release date, so you can head out and buy one right now. We’ve got links further down the page.

“The all-in-one, completely wireless Quest 2 has been redesigned to be smaller and lighter than the first-generation headset to ensure the VR experience is seamless for all users,” reads the official description.

“With faster performance and our highest-resolution display ever, Quest 2 will be available for an even lower price of £299, making it the most affordable VR gaming system on the market right now.”

According to Facebook, the Oculus Quest 2 utilises the Qualcomm Snapdragon XR2 Platform, and has can display 50% more pixels than the first generation device.

To celebrate the launch of the Oculus Quest 2, developers have been upgrading their games for the device.

Ten titles have been given upgrades in time for the launch of the device, including the excellent Superhot VR, Real VR Fishing, Phantom Covert Ops, Apex Construct and Gravity Lab. You can read about the other five enhanced games below.

A port of the popular PSVR and Oculus Rift game, Walking Dead: Saints and Sinners Tourist Edition takes place in New Orleans during the zombie outbreak.

“Face all the horrors that the living and the dead can offer in this new VR adventure in The Walking Dead universe,” reads the official description.

“Travel through the ruins of walker infested New Orleans as you fight, sneak, scavenge, and survive each day unraveling a city wide mystery within the iconic quarters. Encounter desperate factions and lone survivors who could be friend or foe.

“Whether you help others or take what you want by force, every choice you make has consequences. What kind of survivor will you be for the people of NOLA?”

Express Online will have a full review later this week.

OCULUS QUEST 2 WHERE TO BUY…