Home » News » No Man’s Sky: Where To Get All The Exocraft And What They’re Used For

No Man’s Sky: Where To Get All The Exocraft And What They’re Used For

No Man’s Sky is all about exploration, and the various Exocraft enable the player to explore planets with ease. Different Exocraft have different abilities and there are a total of six in the game, unlocked through Blueprints.

The tech installed on Exocraft can scan for resources, find hidden locations, and even engage in combat with some angry aliens and even some of the more aggressive alien plantlife. Here’s how to get all the Exocraft and what they’re best used for.

7 How To Get A Geobay In No Man’s Sky 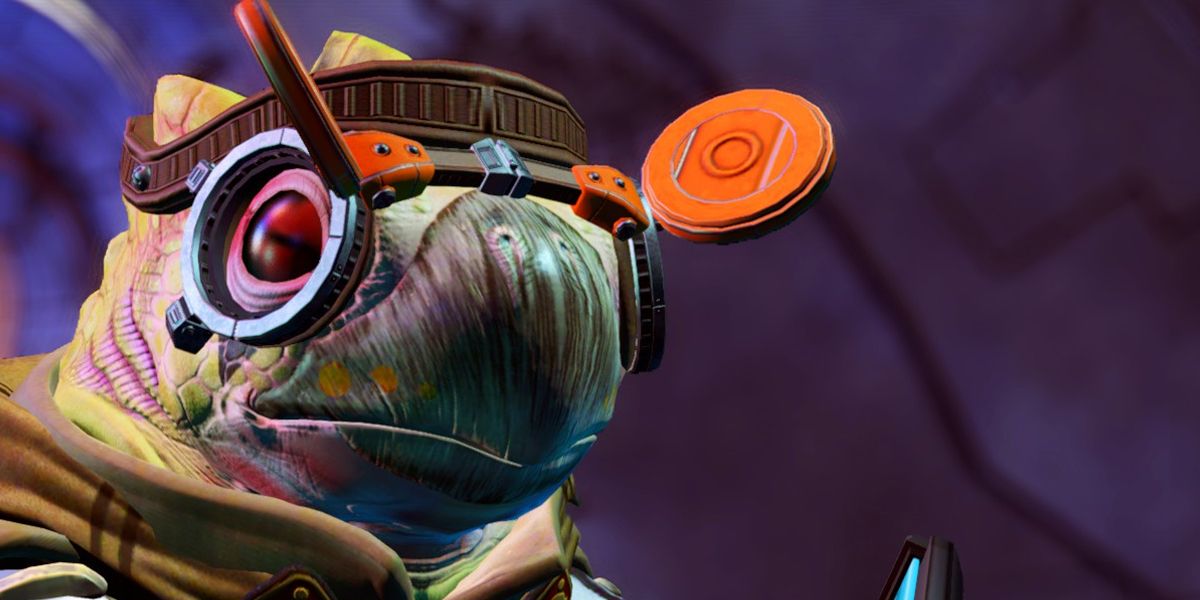 The Geobay is necessary to get access to any Exocraft in the game. To build any type of Geobay – the Exocraft require different types – you need to get a blueprint and the necessary crafting materials. The blueprints are acquired via the Exocraft Terminal or in the Space Anomaly’s research room.

The first three Exocraft (the Roamer, Nomad, and Colossus) need a Vy’keen technician to be accessed, who can be found by asking questions at a space base looking for a technician for hire. Once acquired, you can place down the Geobay on any planet and the craft will spawn. 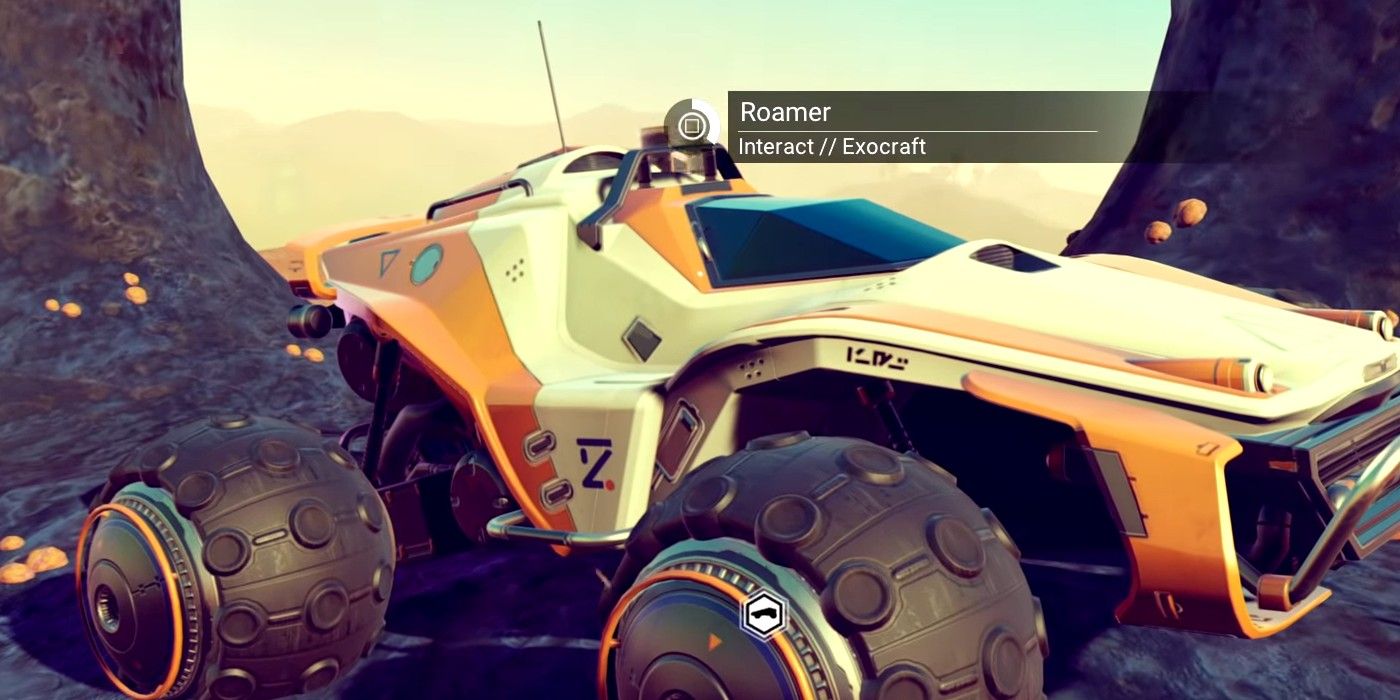 This is the first Exocraft you get access to as a player in No Man’s Sky. Its Geobay is the requirement for all the other Exocraft, as well. The Roamer is a medium-sized vehicle with 28 available slots in its inventory, able to cross rugged terrain and adapt to pretty much any situation.

To get a Roamer you need:

You can upgrade and chop and change the Roamer with a lot of different options, including a Mounted Cannon, Drift Suspension (for that Fast and Furious space vibe), and an Air Filtration unit that can protect the driver from Toxic environments. 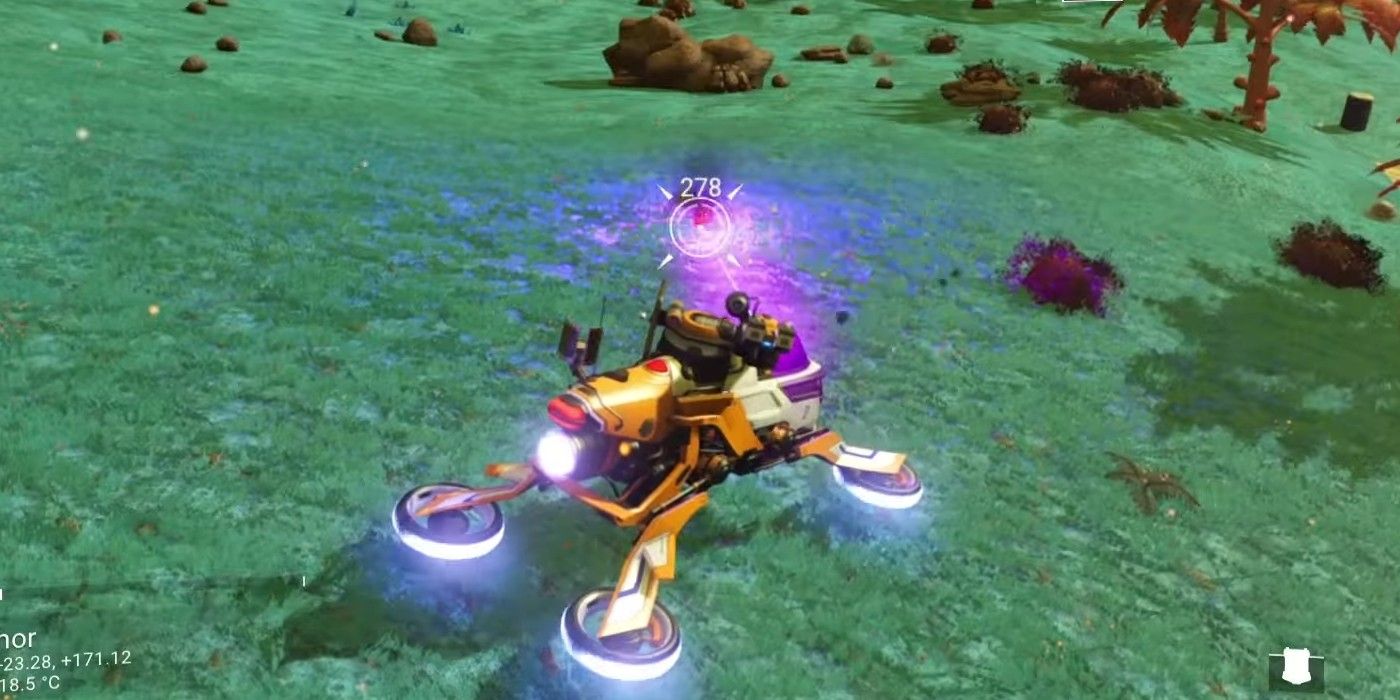 The Nomad is a light Exocraft all about speed. It’s much lighter than the Roamer and has fewer slots, down to 16. However, the Nomad is a rapid little car, so quick, in fact, that it can hover over water with enough speed.

Its agility and speed mean it’s the Exocraft of choice for those who like to have races with their space pals. The practical use of the Nomad is ideal for those who like to travel between portals quickly, easily one of the quickest ways to get around in No Man’s Sky. With a maximized scanner installed it’s also the ideal Recon vehicle. 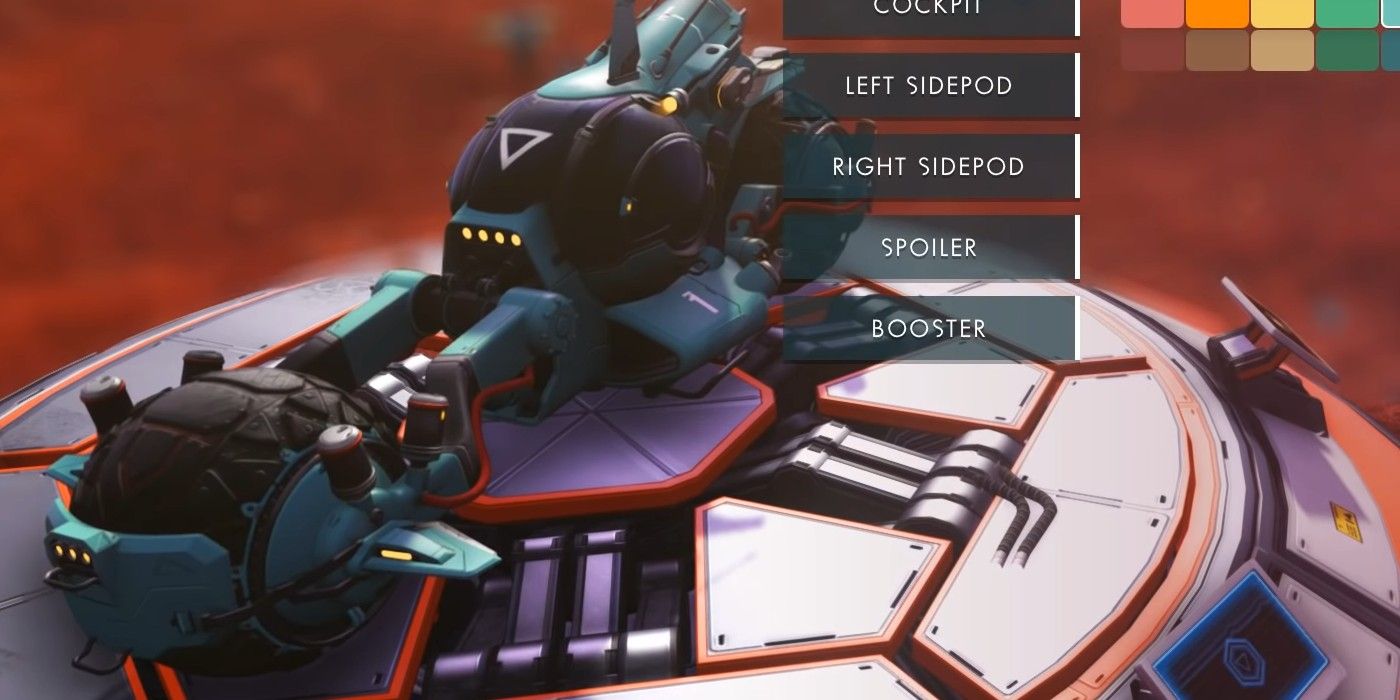 The Pilgrim is a two-wheeled vehicle, basically a motorbike. It’s another light Exocraft, just like the Nomad, and is the fastest Exocraft overland available in the game, especially with maxed-out stats.

Unlike the Nomad it doesn’t deal well with water, slowing to a crawl. It only has 16 inventory slots.

The Pilgrim is mostly used to have races and to tear across huge landmasses. Like the Nomad it can be used as a recon vehicle, although doesn’t have the inventory space to be useful for much else. 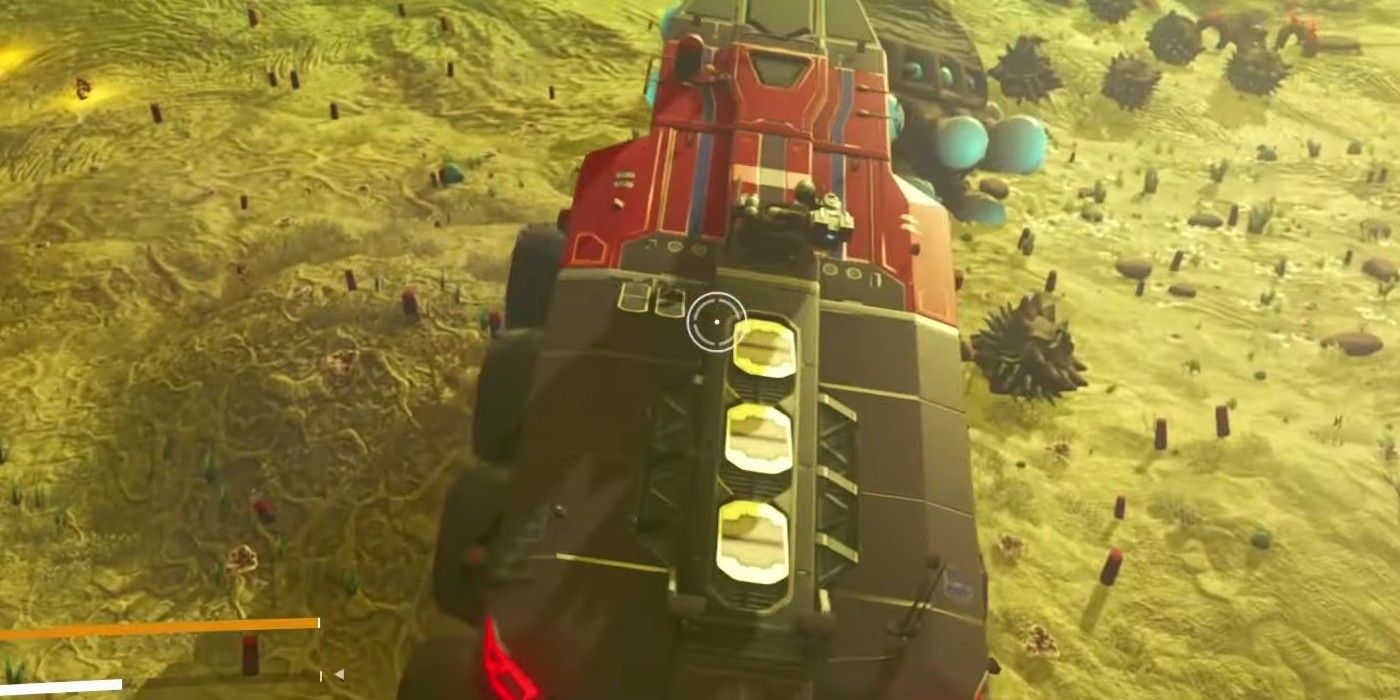 When this Exocraft was first released it was a bit of a joke. Way too big and lumbering to be useful for pretty much anything. After a few tweaks and patches, the Colossus is now a valuable asset in your fleet, acting as a huge mobile cargo unit with 42 slots for inventory and customization.

This Exocraft comes pre-built with an Exocraft Mining Laser, making it a good choice for mining expeditions. You’ll need a Colossus if you want to make lots of money in No Man’s Sky. With multiple upgrades available in its numerous slots, you can turn this lumbering vehicle into a bit of beast, with decent speed and agility. 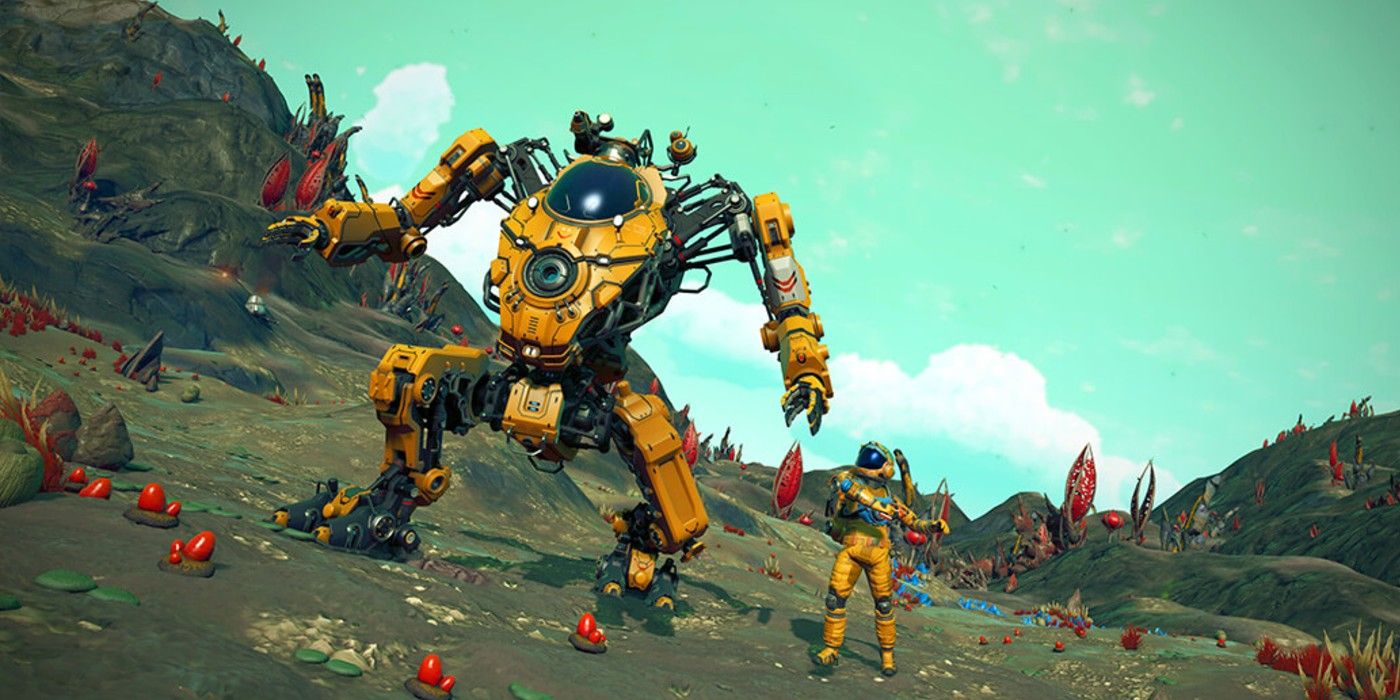 The Minotaur is a massive mechanical walker used to traverse the landscapes of No Man’s Sky in terrifying style. It comes with an awesome jetpack that lets the player jump from place to place.

This is probably the most enjoyable Exocraft, especially in VR. Out of all the best space exploration games, No Man’s Sky has hit the nail on the head with the Minotaur.

This Exocraft is immune to planetary hazards and can collect resources with its mining laser, which can later be upgraded to a Minotaur Bore, allowing this two-legged machine to dig straight into the earth and manipulate terrain freely. It can go underwater, mine underwater, and has the capability to fire missiles. 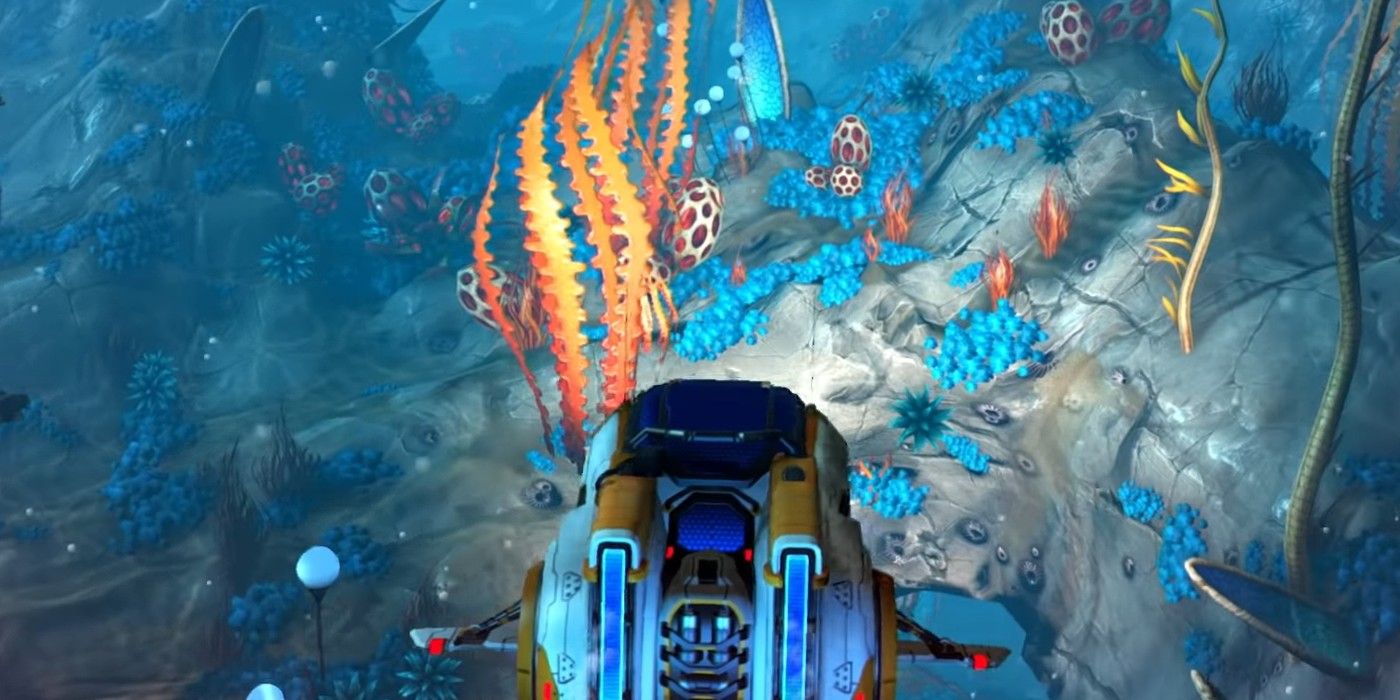 The Nautilon is a fully submersible Exocraft for underwater exploration, combat, and resource harvesting. It can be summoned to an ocean and docked at any of your underwater bases. This craft was introduced in The Abyss update, alongside the new underwater biomes.

It can be upgraded with different types of submarine technology, including Propulsion, Resource Collection, and combat. The Nautilon Cannon, for example, launches projectiles underwater, probably one of the coolest weapons in No Man’s Sky. Its Sonar scanner is used to scan for sunken ships and other underwater features, like submerged ruins and sunken buildings.

NEXT: No Man’s Sky: 18 Crucial Tips For Beginners 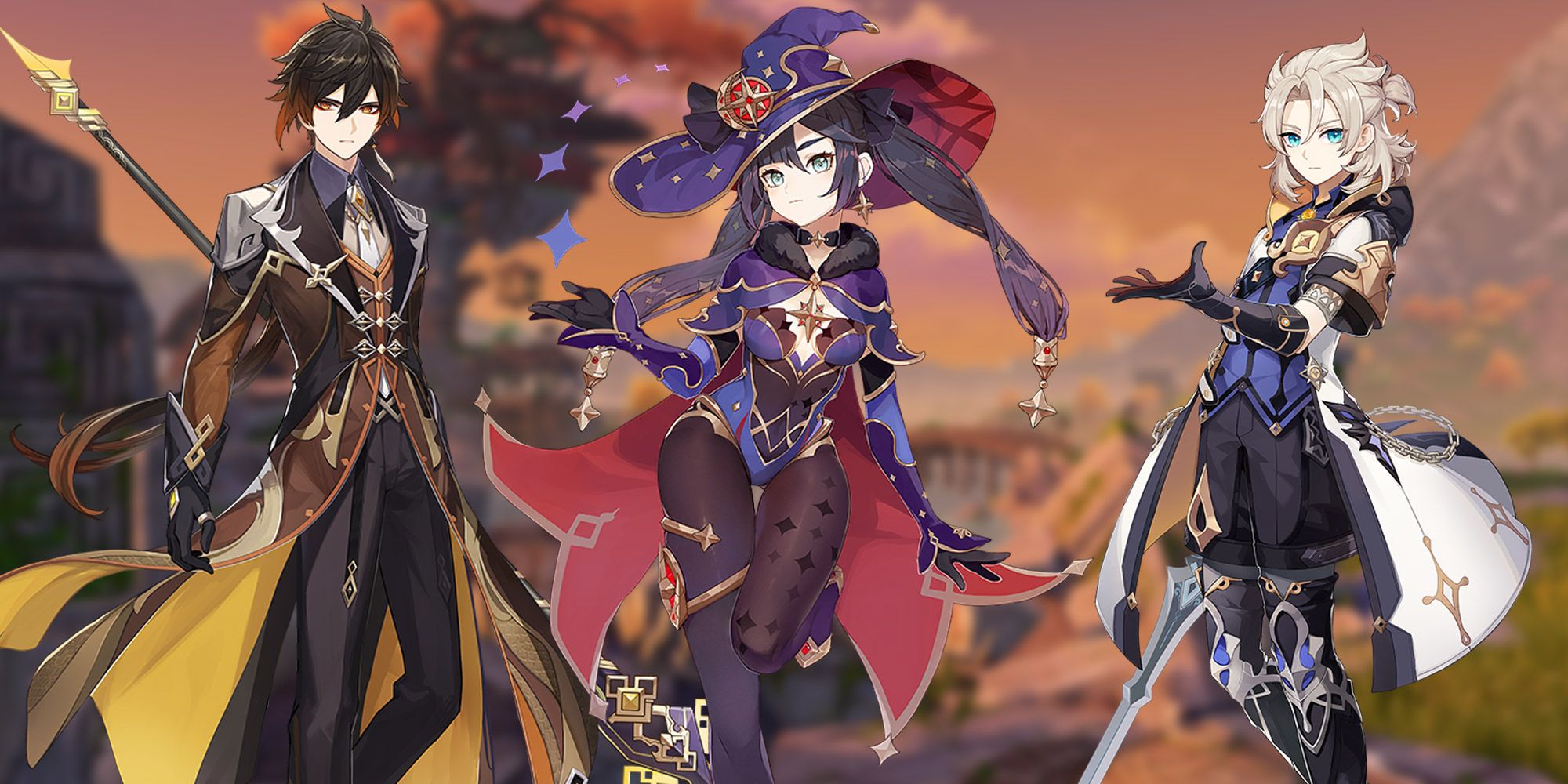 Harry Alston is a writer based in the UK. He was once number one in the world on Call of Duty: Black Ops and now spends his days chasing that past glory.