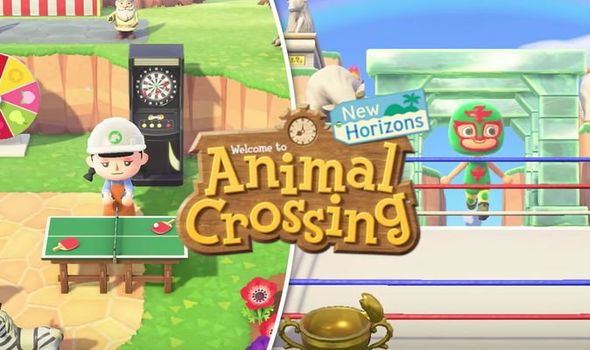 The Animal Crossing New Horizons release date is just a few days away on Nintendo Switch.

To hype up the new release, Nintendo has released a brand new gameplay video showcasing the relaxing island sim.

As you can see from the trailer below, the new video gives fans a look at some of the ways in which you can create your own island paradise.

Characters are seen customising the island with all kinds of entertainment items, from a ping pong table and darts board, to fairground rides and giant statues.

After zooming out on one island paradise, fans are given a brief glimpse at other creations from different characters.

By the looks of things, fans will be able to build their own haunted house attractions for Halloween, and even set up a wrestling ring for some lucha libre action.

It’s pretty mean of Nintendo to release the video now, because even though the release date is so close, we’re not sure we can wait until Friday.

You can take a look at the exciting new gameplay video for yourself below.

If the latest gameplay video doesn’t make you want to play Animal Crossing New Horizons, then perhaps the first review score will.

The Switch exclusive has received near-perfect marks in Japanese magazine Famitsu (via GoNintendo).

Of the four people who reviewed the game for the publication, two awarded New Horizons 9/10, while the other two gave the new Animal Crossing 10/10.

It’s one mark lower than 3DS exclusive New Leaf, but still high enough to make it worth a day-one purchase.

The new Animal Crossing whisks players off to a tropical island as part of the Nook Inc. Deserted Island Getaway Package.