New Pokemon Snap launches today for Nintendo Switch, offering millions of aspiring Pokemon photographers from all over the world the opportunity to snap their favourite ‘mons in action. Set in the mysterious Lental region, New Pokemon Snap features a wide variety of different biomes all of which are home to their own unique sweet of particularly photogenic Pokemon.

While I noted that New Pokemon Snap is an incredibly meditative experience in my review, it’s worth noting that it still requires a large amount of skill and patience to excel in. Every photographer will no doubt devise their own nifty tricks of the trade, but if you’re looking for a list of easy to follow tips to get you started on the right track, look no further than this New Pokemon Snap tips and tricks guide, which includes ten handy rules of thumb designed to make Todd Snap look like an amateur. Here’s everything you need to know about being a photography ace in The Pokemon Company’s latest blockbuster.

While it might seem efficient to speed through levels snapping pictures left, right, and center, the best thing you can do in New Pokemon Snap is familiarize yourself with your surroundings. Every level in the game has several tiers, all of which change where Pokemon are positioned, and some have both day and night versions.

If you truly want to master New Pokemon Snap to the point where you’re clocking ridiculous high scores while shooting excellent shots of your favourite Pokemon, the best thing you can do is make your way slowly but surely through each and every biome until you know who’s where at what time. As Torterra might tell Scorbunny, slow and steady wins the race. 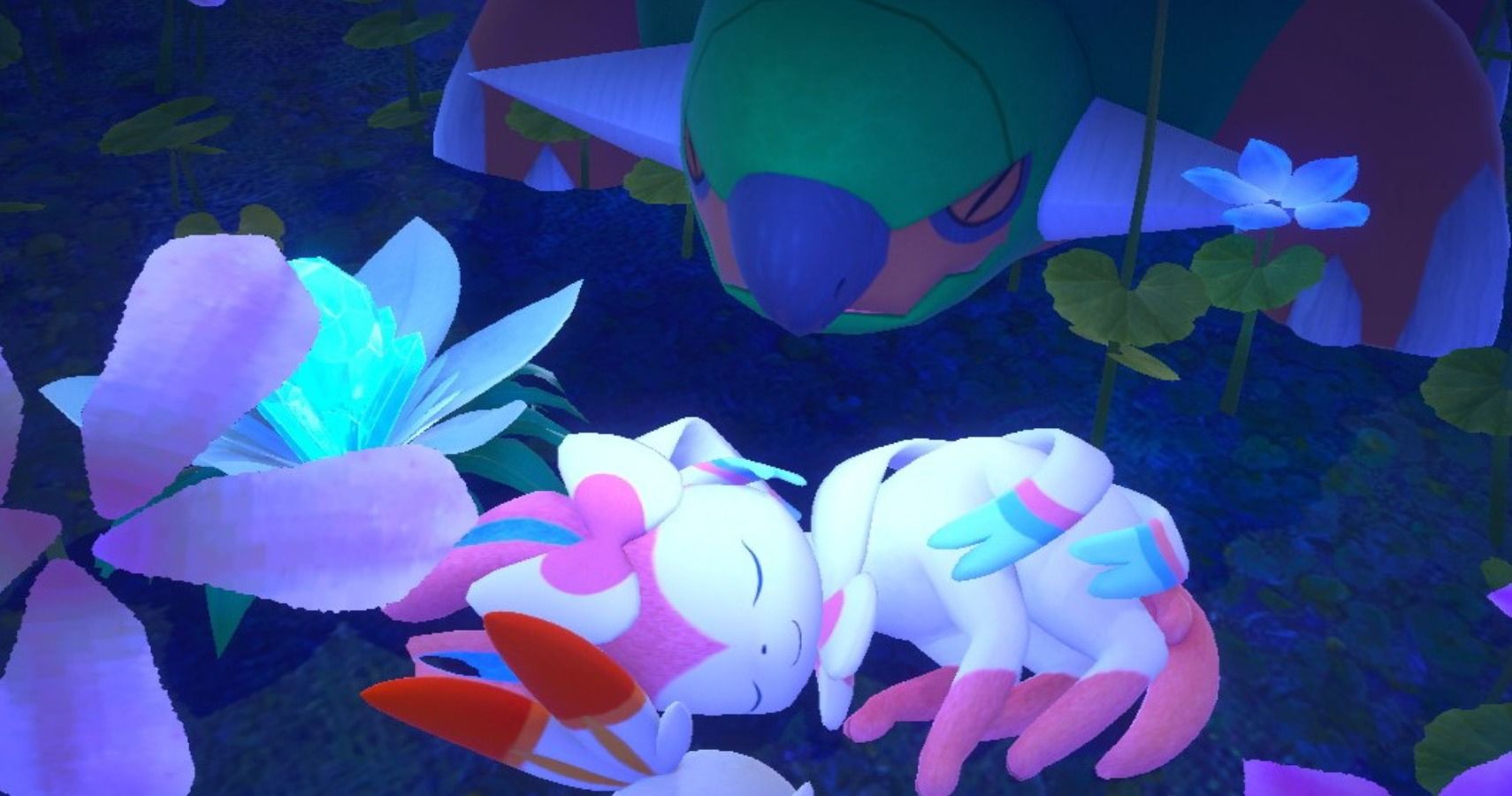 Shortly into New Pokemon Snap, you’ll become aware of the Illumina state, an apocryphal scientific phenomenon first reported by Captain Vince in his Lental travelogue from a century ago. The Snap story largely revolves around this, so it should come as no surprise that you get your very own Illumina orbs for locales as you progress through the game.

These are not finite, by which I mean you should be tossing them as if they were the bullets in a bullet hell game. They cause Pokemon to light up, making for particularly stylish shots, but they also react with environmental objects like Crystabloom flowers, which Professor Mirror will tell you about early in the game. There are several Pokemon who can only be found by hitting the correct Crystabloom flower, so be sure to lob orbs at every single one you see if you plan to snap ‘em all.

Unlike Illumina orbs, your film is finite. You have 72 shots per run – use them all up and you’ll be sent back to the research camp before reaching the finish line. Don’t let this discourage you – I often took four or five shots of the same subject to make sure I caught the exact moment I wanted. While all but one might be rubbish, you occasionally get an absolute gem that you’ll be showing everyone you meet for the next ten years – which leads me to my next point.

Don’t Be Afraid Of Running Out Of Film

You can just do the run again! Every level can be played an infinite number of times at whatever tier you like, so a premature end to your trip isn’t half as bad as it might seem. Snap to your heart’s content and if you don’t quite make it to the teleport point… well, just teleport back. It takes about ten seconds to start a new run – there’s even a retry option after the scoring sequence! 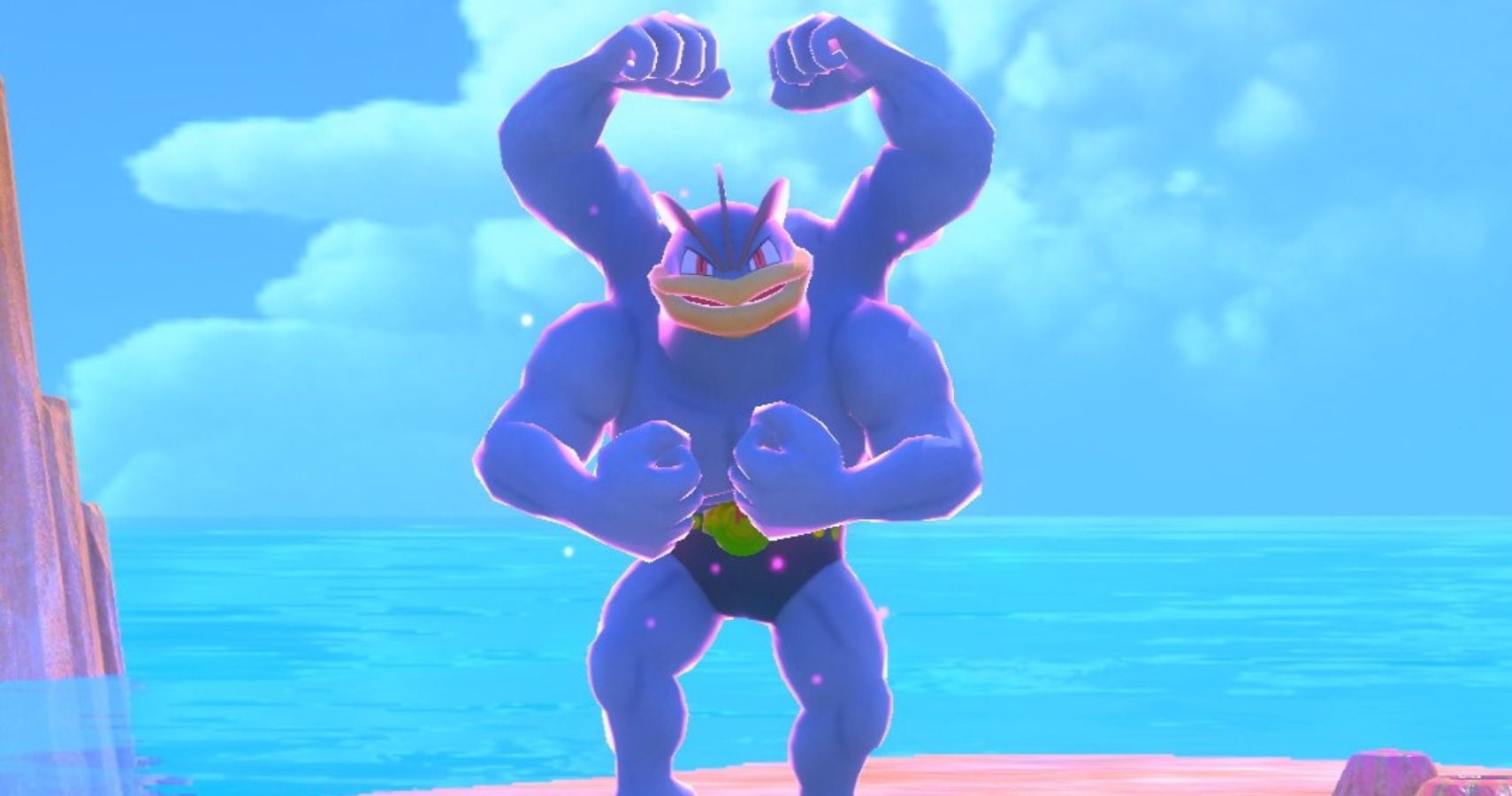 Don’t Bother Quitting Levels If You Make A Mistake

Like I said, there’s a retry option after each level anyway. There’s no point in restarting a route that takes less than five minutes just because you missed a photo opp – it will be there next time, so why lose the potentially great shots you’ve already taken this time around just to save 20 seconds? Never quit midway through a level, especially if you’re into high scores – sometimes photos you think are rubbish end up nonsensically racking up a stupid amount of points. Just pretend you meant to take that shot you actually reckoned was a waste of time, yeah?

Again, levels are super short. What’s more, as you progress through the game new ‘mons will start popping up all over the place. Just got Maricopia Reef to the next level? Might as well check Florio Park to see if there’s something new here. This is especially important in the postgame, where a huge influx of extremely popular Pokemon begin infiltrating islands all over Lental. Don’t just have tunnel vision fixed on the next location – keep hopping around the islands and you’ll discover all kinds of fascinating scenarios.

Pay Attention To The Prompts The Game Gives You

Speaking of scenarios and similarly to the aforementioned Illumina orbs, New Pokemon Snap will occasionally give you prompts to interact with ruins or change your course. These all lead to unique encounters, so make sure you’re using your scanner liberally so you don’t miss any forks in the road. This is one of the most important tips in Snap – it allows you to find rare Pokemon, take great shots, and is occasionally essential for progression, too. 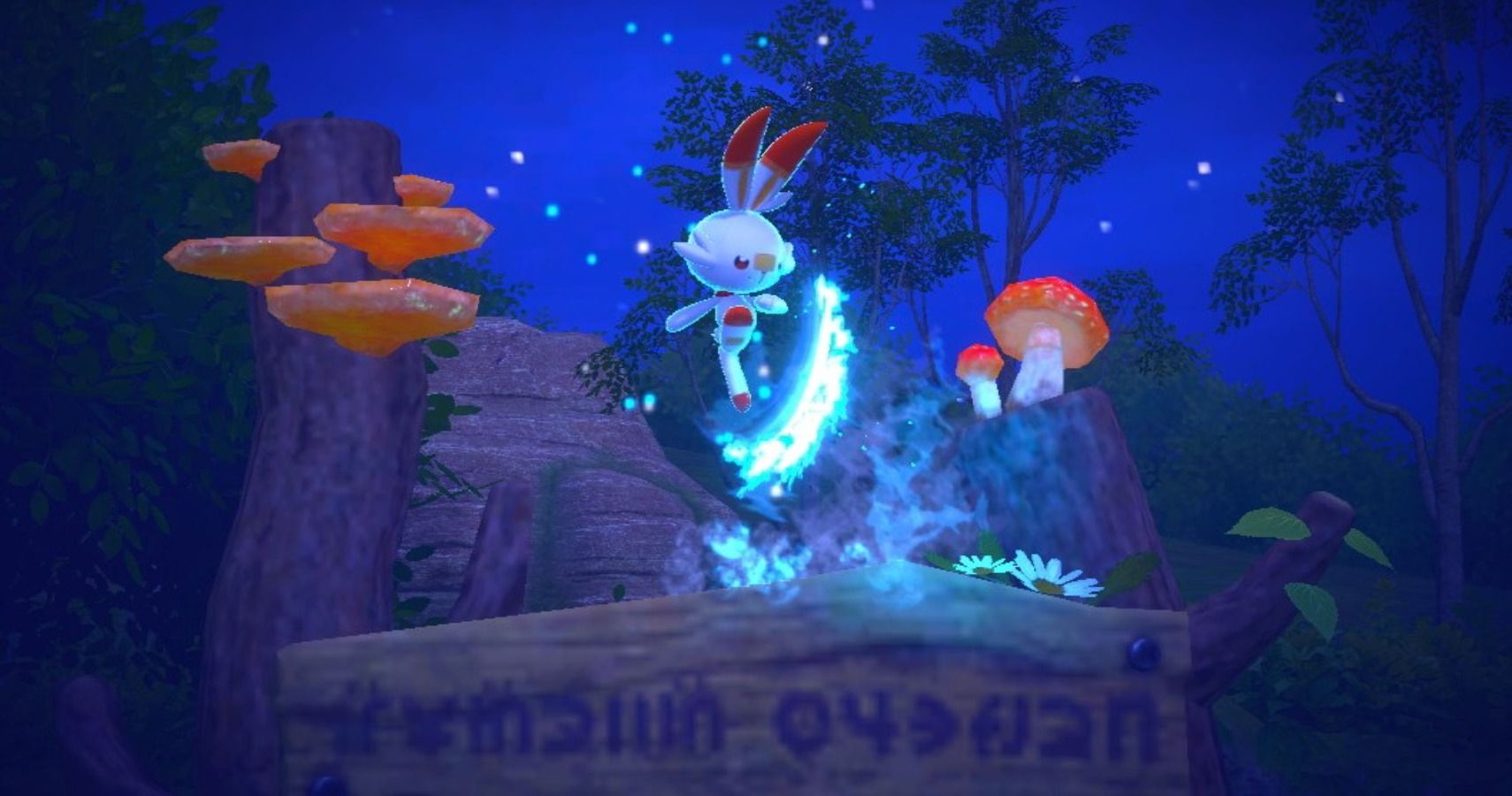 You don’t just have the scanner. You’ve also got Illumina orbs, fluffruit, and music. Some Pokemon respond to being scanned, others perform special actions when you hit them with an Illumina orb. One ‘mon might be a bit peckish for a fluffruit, whereas another could potentially use a smack of one. If you don’t feel like throwing Pokemon apples at Bellossom’s head, play a few tunes and maybe it will do a little dance. I recommend using trial and error with every single ‘mon to see what they respond to and what they don’t – after all, these mechanics are almost always essential for pulling off those show-off four-star shots.

Speaking of which, pulling off show-off four-star shots requires you to know exactly what each ‘mon does at specific times and places, as well as how they get on with other Pokemon. Heracross and Pinsir are friendly rivals who like to scrap once the sun goes down, whereas Pelipper and Pyukumuku have a weird game where the latter just sort of chills out in the former’s mouth. It doesn’t get eaten, I think they’re just really good friends.By learning each and every Pokemon’s habits, showstopping shots become easier than thwacking Grookey with a fluffruit.

Bigger Is Not Always Better

Last but not least, it’s not all about lights and sound and a million Pokemon being in one shot. You don’t need to be so close to Rampardos that you can see its weird rock snot. In general, you want to ensure that you have the subject’s full body in the frame, but close enough that it’s within a hair’s breadth of the edges. What’s more, getting a Pokemon on its own makes for a far lovelier snap than a half-shot of Machamp posing where the bottom corner is Sharpedo’s gills, or something. Time your shots well, take multiple if you have to, and learn from each scoring session about what you can do to improve next time.

If you follow all of the above, you’ll be the very best like no one ever was in no time at all. Ash Ketchum could never.

Next: Bruxish, The World’s Most Photogenic Pokemon, Needs To Be In New Pokemon Snap 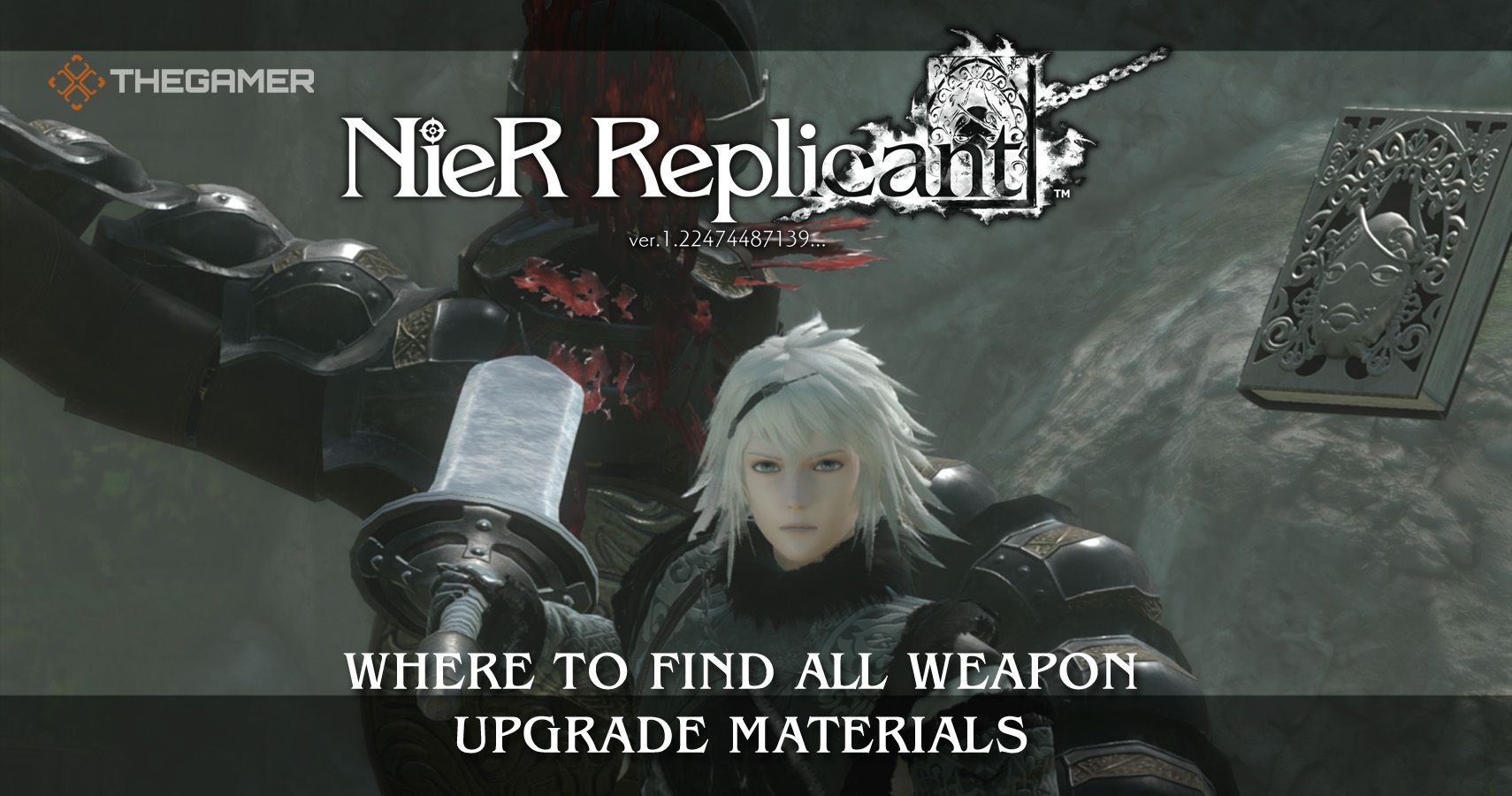