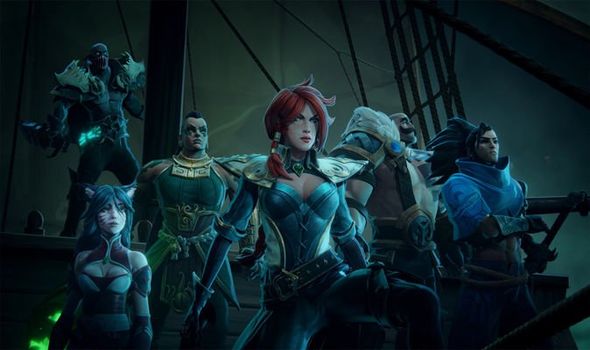 There aren’t many League of Legends experiences available on the PlayStation or Microsoft Store, but things have changed significantly this week.

That’s because Riot Games has launched one of the first games from the famous PC franchise onto consoles for the first time.

And while it isn’t a version of League of Legends – Wild Rift is still expected to jump to consoles sometime in the future – it does share the same universe.

Ruined King is a single-player turn-based RPG developed by Airship Syndicate, the creators of Battle Chasers: Nightwar and Darksiders Genesis.

And Riot Games surprised everyone by making it available on Nintendo Switch, Xbox One, PS4, and PC； via Steam, GOG.com, and the Epic Games Store this week.

Ruined King was announced some time ago by Riot and was stealth launched across several digital platforms.

And the good news is that the game will be available on PS5 and Xbox Series X|S soon when a new update has been released.

Existing PS4 or Xbox One owners have the ability to upgrade their version for free, and The current version remains compatible with the PS5 and Xbox Series X|S.

For anyone interested in the setting, the official game description explains: “The story is set in two regions of Runeterra, Bilgewater, a bustling port city that is home to sea monster hunters, dock gangs, and smugglers from across the known world; and the Shadow Isles, a land cursed with the deadly Black Mist which shrouds the island and corrupts those it comes in contact with.

PlayStation look back at every game from the PS4 generation

“In order to defeat a common and mysterious enemy, players will form an unlikely party of beloved League of Legends champions – Miss Fortune, Illaoi, Braum, Yasuo, Ahri, and Pyke.

“The core narrative will be canon but the game will also feature different expressions of the IP like cool characters or moments specific only to the stories being told in that game.”

And while Ruined King is one of the first League of Legends games to arrive on PS4 and Xbox consoles, it won’t be the last.

Riot Forge also revealed new details about several upcoming releases, including Song of Nunu: A League of Legends Story, which will be available in 2022.

This will be a single-player adventure game released on Switch PlayStation, Xbox and PC, featuring champions Nunu and Willump as they embark on an epic journey to find Nunu’s long-lost mother.