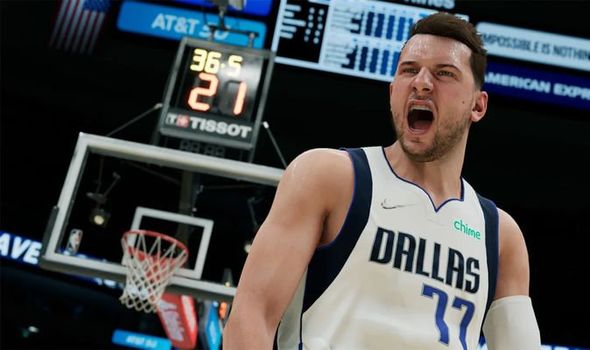 NBA 2K22 is coming out this week on PlayStation, Xbox, PC and Nintendo platforms, without any early access.

So for anyone hoping to jump in early, there will be no queue-hopping when it comes to the biggest basketball games launch this year.

Unlike in the past, everyone who buys a copy of NBA 2K22 will get access simultaneously, although future support probably won’t be unified.

Most NBA 2K updates are launched depending on the platform, meaning that PS4 and Xbox One get different patches to those on next-gen.

This is usually down to the different content available, and the last platforms that get updates are usually PC and Nintendo.

Both have received updates, with 2K providing new quests for those who are planning on exploring the City limits, telling fans this week:

“Players of open-world RPGs will be familiar with the type of vibe we’re going for. You’re not just taken from cut scene to cut scene. Instead, you choose who to talk to and when triggering tons of unique interactions with interesting personalities filmed in a cinematic style.

“It’s a lot of fun to play, and allows us to add more narrative beats and story arcs than ever before, deepening the feeling of living in a real, breathing world.

Not only will things happen to you that are outside of your control, just like in real life, but the choices you make, in everything from play style to interview responses, unlock mini-story arcs and rewards that tailor the experience to what’s going on in your MyPLAYER’s career.”

Meanwhile, those heading to the Neighbourhood will need to prepare their sea legs as they will be situated on a ship.

The ship is constructed with five tiers, starting in the lobby on Deck 4, with NPC Heather ready to assist you with navigating the ship and offering tutorials to help accommodate your stay.

As mentioned above, there is no early access period for this year’s release on any platform.

There is also no new demo to play before everything starts, so September 10 will be the time everyone gets access.

No release time has been announced for when NBA 2K22 will be playable on Friday, but based on previous launches it could be available by Midnight EDT.

More could be revealed by the 2K22 team as we get closer to launch across PS4, PS5, Xbox Series X, Xbox One and PC.