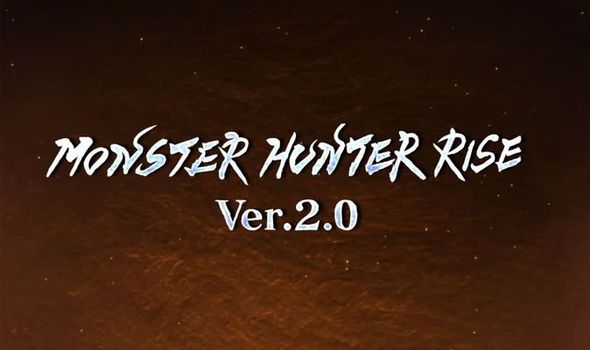 Monster Hunter Rise fans will be able to download a brand new update this week – the version 2.0 title update.

And this new content drop is just around the corner, with the Monster Hunter Rise update 2.0 release date pencilled in for Wednesday April 28.

That would mean the patch should be out around 1am BST on Wednesday April 28.

A tonne of new monsters will be added with the version 2.0 patch including Apex Diablos, Chameleos and Teostra.

And fans were also teased what’s coming in the future, with the reveal that the version 3.0 update will add a brand new story chapter that takes place after Monster Hunter Rise’s ending.