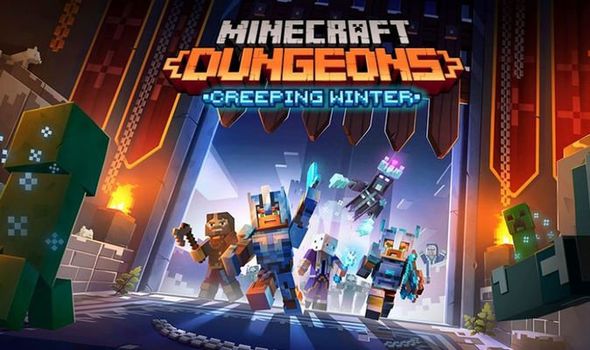 Alongside it Mojang will also push out a free update which adds new NPCs to befriend.

The Minecraft Dungeons Creeping Winter update has a release date of Tuesday September 8, Mojang has confirmed.

“Plus, there’s a free update featuring Daily Trials and new camp merchants. Not forgetting the game’s physical release in stores!”

A start time has not been confirmed yet for the Minecraft Dungeons Creeping Winter DLC.

But the last Minecraft Dungeons DLC – the Jungle Awakens update – was released at 8am BST for those in the UK, and at 12am pacific time and 3am eastern time in the States.

Ahead of the Creeping Winter release date the official Minecraft Dungeons outlined what fans can expect from the patch in a post online.

Kelsey Howard, the senior creative writer at Mojang, said: “The Creeping Winter DLC brings a wintry storm that threatens to consume all it touches. The only chance of halting the biting frost is for a hero to take on new missions and relentless new enemies! Since no good deed goes unrewarded, let’s say it’s finders keepers on all the new armour, weapons, and artifacts you’ll run into along the way. Just watch out for chilling new mobs and slippery ice on your way to save the day!

“We’re also rolling out a free game update on September 8 that will include some fresh features: new merchants and Daily Trials. Save captured Merchants you encounter as you play the game and they’ll be so grateful that they’ll set up shop in your camp! 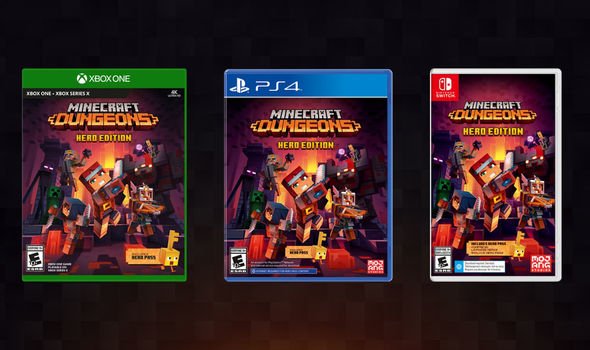 “The Blacksmith will upgrade items for you, and the Gift Wrapper will allow you to trade items with other players in multiplayer. The Merchants can also be levelled up for additional stock. The Daily Trials will provide fun new challenges every day! Daily Trials make wild changes to the game mechanics which provide difficult, experimental, or fun challenges for you to overcome.”

Howard also added that on Tuesday September 8 the physical editions of Minecraft Dungeons will be released for the PS4, Xbox One and Nintendo Switch.

The Hero Edition of Minecraft Dungeons includes the Jungle Awakens and Creeping Winter DLC as well as unique cosmetic items like a cape.

Minecraft fans in Japan will have to wait a little longer for the PS4 physical edition which has been pushed back by a month due to production delays.

Related posts:
Hot News
GeT_RiGhT steps away from professional CS; moves to full-time content creation for Dignitas
Fortnite: How To Fix 'Application Crash' Error
Shadow Of The Tomb Raider: The Best Side Missions Worth Doing (& Some Tips For Them)
Everything Players Need To Know About Upgrade Materials In Remnant: From The Ashes
Melee god PPMD departs from Evil Geniuses after nearly seven years
Recent Posts
This website uses cookies to improve your user experience and to provide you with advertisements that are relevant to your interests. By continuing to browse the site you are agreeing to our use of cookies.Ok