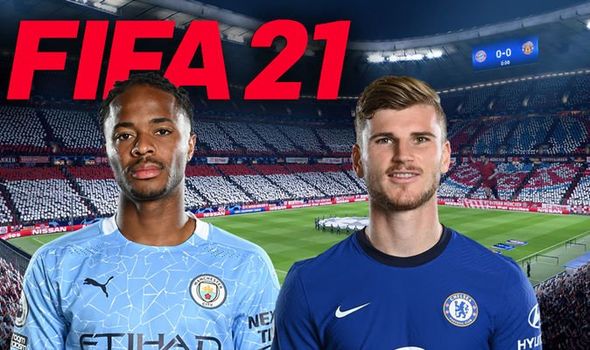 Chelsea and Manchester City are about to go head-to-head in the Champions League final.

The all-English Champions League final kicks off at 8pm BST on the evening of May 29.

As an added bonus, the game will be shown in full on the BT Sports YouTube channel. You can check it out at this link.

In the run up to the big game, FIFA fans have been having fun predicting the result using the latest release.

In a new video by Beatdown Gaming x Veloce, the YouTuber pits Chelsea against Manchester City in a bid to see who will emerge victorious.

“Check out this brand new next-gen FIFA 21 gameplay of the 2021 UEFA Champions League final, recorded in 60fps on PS5 by Beatdown Gaming with the AI difficulty set to Legendary,” reads the video prediction.

“In this full match prediction Manchester City take on Chelsea at the Atatürk Olympic Stadium!”

Interestingly, the same channel (using the same settings) successfully predicted the outcome of the FA Cup Final, where Leicester edged out Chelsea 1-0.

You can watch the Champions League Final simulation below.

As you can see from the video above, Manchester City are predicted to come out on top.

The video shows Manchester City going ahead after 20 minutes through a Kevin de Bruyne goal.

Chelsea are tipped to equalise around 15 minutes later, leading to a 1-1 scoreline for halftime.

Unfortunately for Thomas Tuchel’s side, Man City are predicted to score two goals in the closing stages, resulting in a 3-1 victory for the team from Manchester.

With Manchester City favourites to win in real life, this seems like a fairly plausible scoreline.

The actual game will be played in front of around 16,500 fans in Portugal’s Estadio do Dragao.

Chelsea have appeared in two Champions League finals, losing to Manchester United on penalties in 2008, before beating Bayern Munich on penalties to win the competition in 2012.

Tonight marks the first time Manchester City have appeared in the Champions League final, having been knocked out in the quarter finals for the past three seasons.

Pep Guardiola’s side are favourite to win this year’s competition, especially after comfortably winning the Premier League.