Home » News » Magic The Gathering: What Are Top-Down And Bottom-Up Sets?

Magic The Gathering: What Are Top-Down And Bottom-Up Sets?

Though Magic the Gathering's sets all take us to different worlds with new places to see and new characters to meet, not all of them are designed equally. Internally, Wizards of the Coast has two approaches to design: top-down and bottom-up.

Though knowing the difference between the two won't help you play Magic any better, it does help regulate your expectations for each new set. But what are top-down and bottom-up designs, and why does it matter?

What Are Bottom-Up Sets? 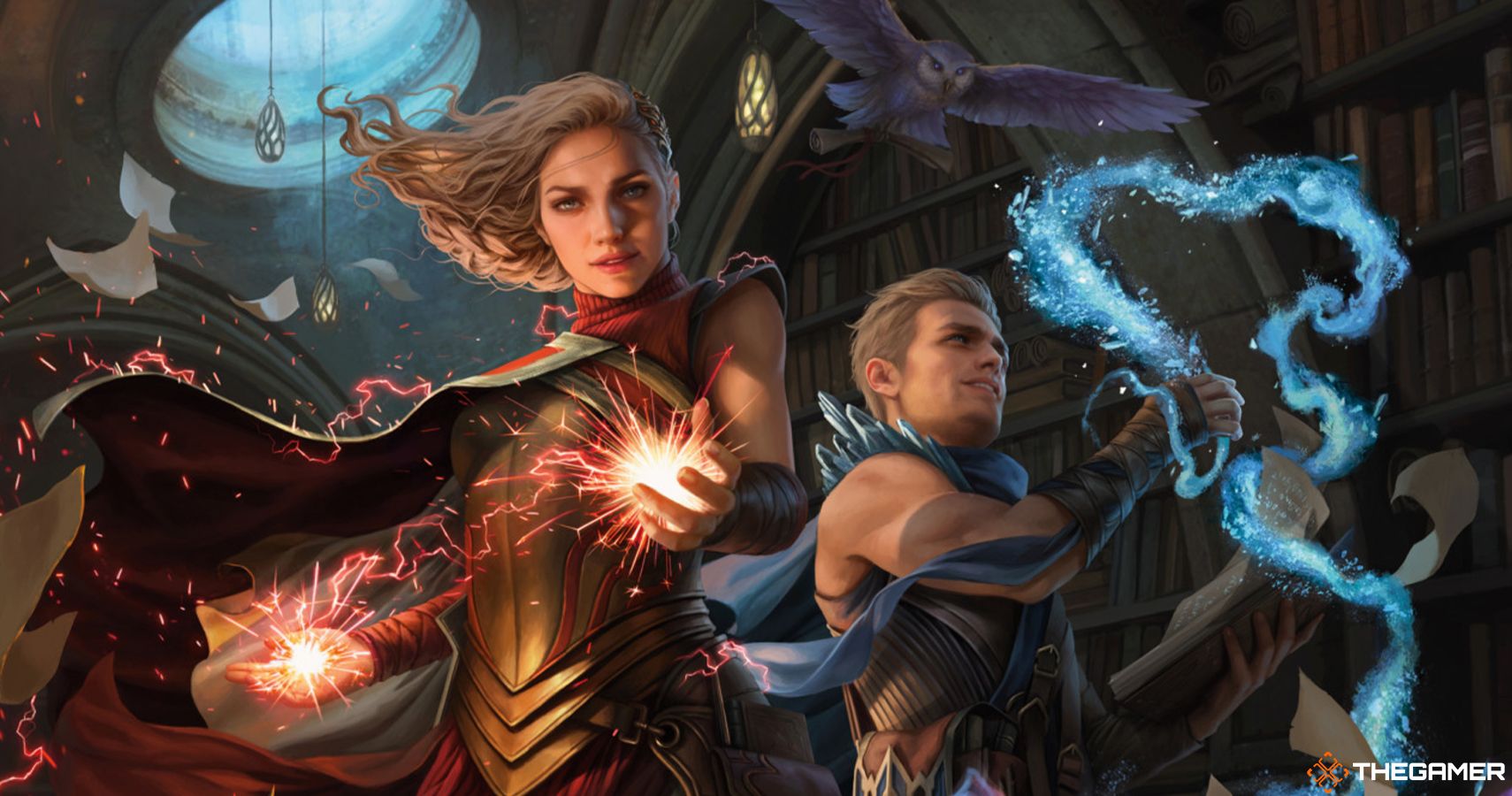 A bottom-up set is a set that begins its design process with a mechanical or gameplay goal before any kind of story or world is put to it.

For the most part, bottom-up design has been the default for Magic ever since its first set. For example, the second-ever Magic expansion, Antiquities, was made to be an artifacts-matter set and was full of powerful cards for artifact decks, like Mishra's Workshop, Millstone, and the three 'Tron' lands of Urza's Tower, Urza's Mine, and Urza's Power Plant.

Sometimes, a bottom-up set never pins down a story or location. This is most commonly seen in supplemental sets like Modern Horizons 2 or Commander Legends: they were both designed with the intent to boost the formats they were intended for (Modern and Commander), and so were free to have each card set wheever in the multiverse they wanted.

That isn't to say a bottom-up set can't have a memorable setting or aesthetic. One of the most famous planes that originated in a bottom-up set is Zendikar. The world of adventure, where the raw magical energy of the Roil shapes the environment, Zendikar was born from Wizards wanting to make a set that cared about playing lands. The mechanics that define Zendikar, like landfall, were designed long before the Roil or the Hedrons or anything else people can imagine about Zendikar.

Another example of a bottom-up set is Strixhaven: School of Mages. It seems weird to think of it now that we're well-acquainted with the colleges of Lorehold, Prismari, Quandrix, Silverquill, and Witherbloom, but Strixhaven began its design with none of that in mind. It was meant to be a set where instants and sorceries mattered, doing for them what Zendikar did for lands. Mechanics like Magecraft, and the idea of the Mystical Archive reprinting powerful instants and sorceries from Magic's history, show off this intent.

What Are Top-Down Set? 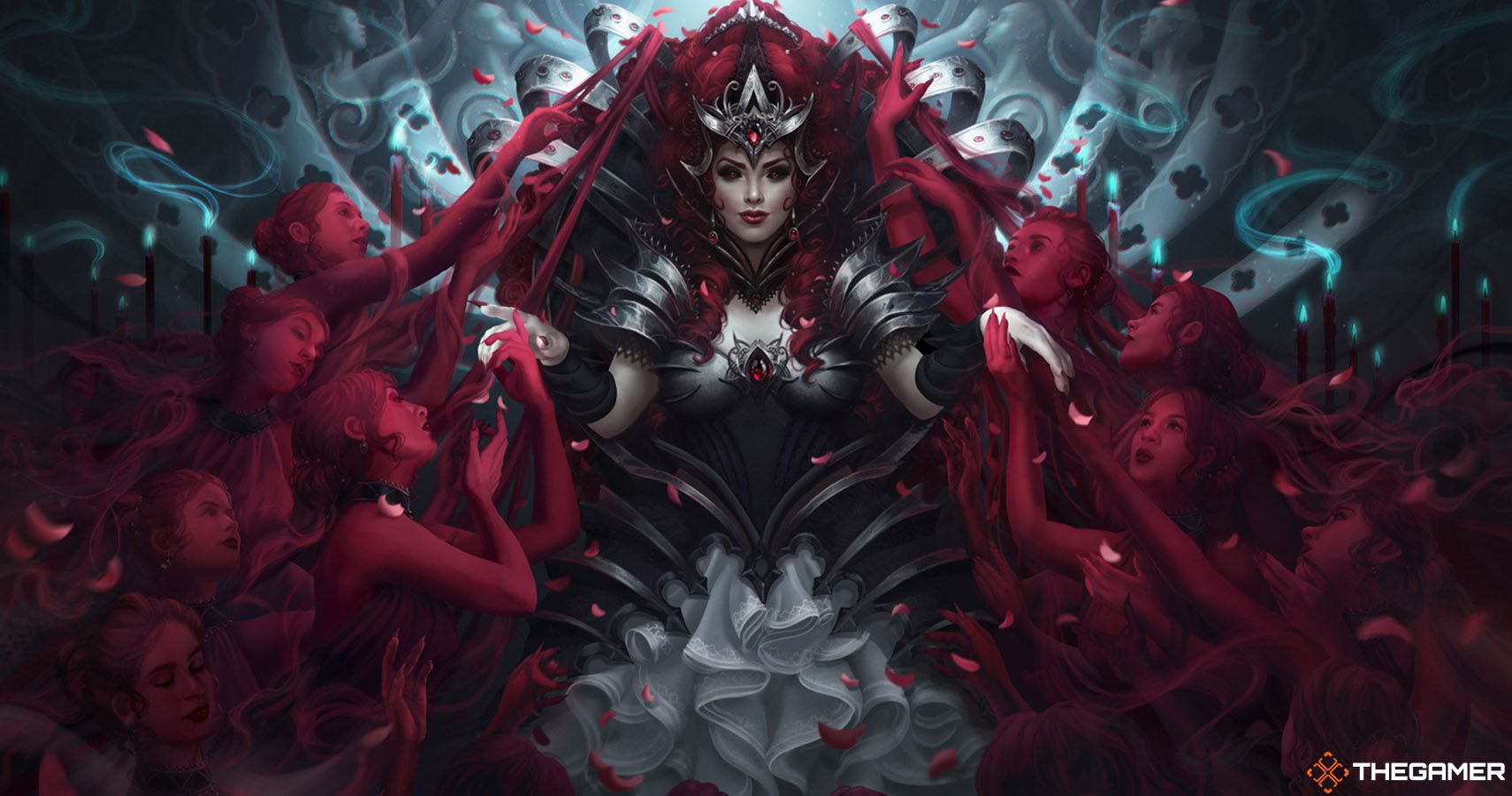 Top-down sets are the opposite of bottom-up sets. In a bottom-up set, mechanics guide the design of a world, but in top-down sets, the setting is decided on first and the mechanics are then chosen to fit the theme.

Top-down sets are less common, with an early example of the Kamigawa block wanting to make a plane inspired by Japanese history and mythology. While some people argue Magic's first ever expansion, Arabian Nights, is top-down, head designer Mark Rosewater argues that it isn't, because it isn't set in the Magic multiverse and is just Wizards borrowing folklore to make a set.

Probably the most famous top-down sets ever made have been the many return trips to Innistrad, most recently in Innistrad: Crimson Vow. Innistrad is a plane inspired by horror tropes, with a particular emphasis on gothic horror. Zombies, spirits, werewolves, and vampires are commonplace, and thematic notes like an evil scientist playing with corpses in their lab, or decadent vampires taking humans as their thralls, are all hit.

The key to an excellent top-down set is "resonance". For a top-down set to succeed, it has to have thematic elements that people can immediately identify without knowing any of Magic's lore. For example, you can look at the Greek-inspired Theros: Beyond Death card Kunoros, Hound of Athreos and realise it's meant to be based on Cerberus, or Mirror Shield as the shield Perseus used to turn the gorgon Medusa into stone.

Top-down sets aren't adaptations of existing properties; they're meant to evoke them in the confines of Magic's multiverse. Frankenstein isn't in Innistrad, but the necrogenius Ludevic is. Mothra isn't (officially) in the monster-movie-inspired Ikoria, but the Luminous Broodmoth is.

Other examples of top-down planes include Kaldheim (Vikings and Norse mythology), Amonkhet (Egyptian mythology), and the upcoming Unfinity (retrofuturism, carnivals, and funfairs).

A Mix Of The Two? 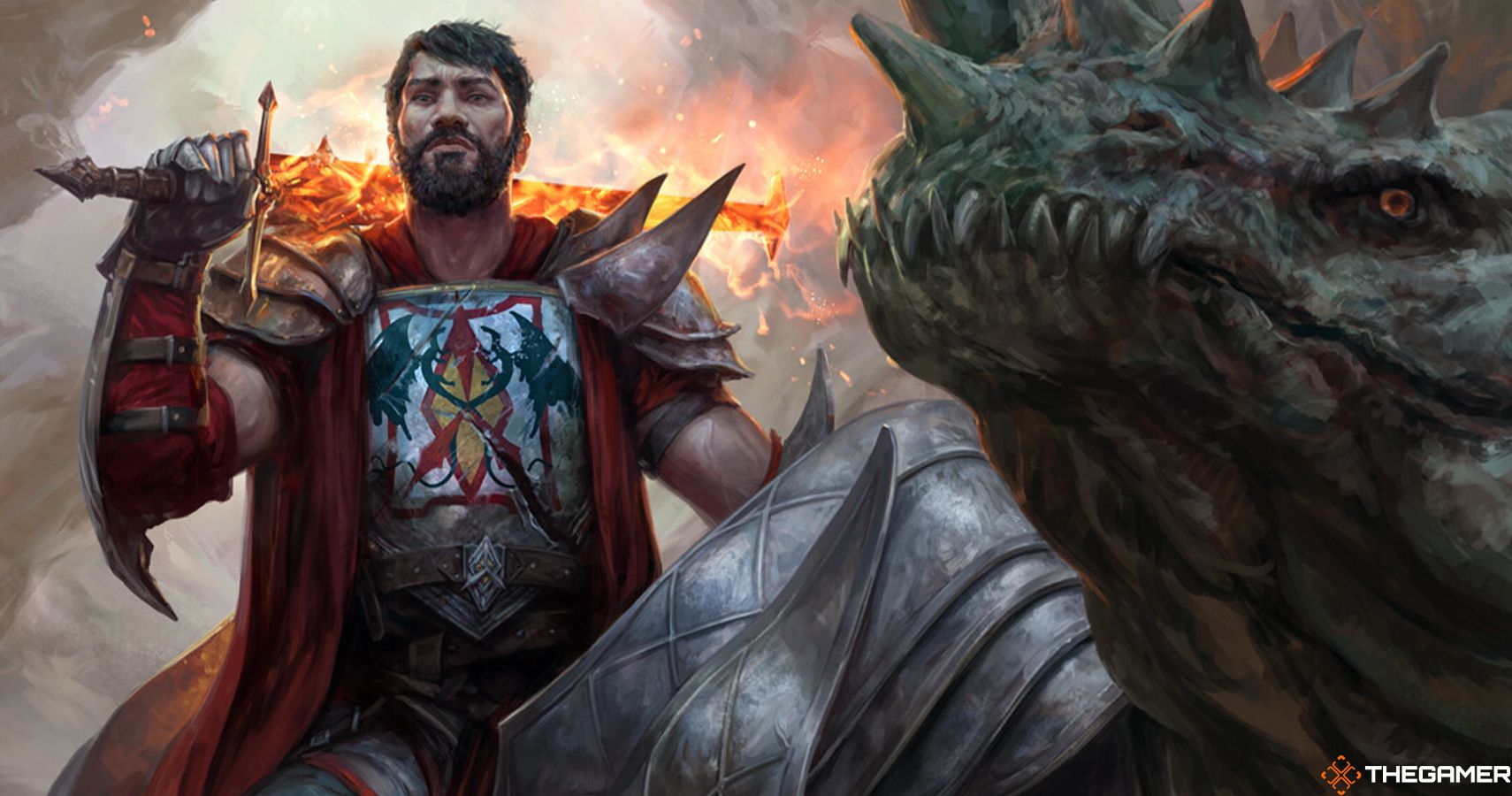 Sometimes a set might combine elements of top-down and bottom-up design.

The best example of this is Throne of Eldraine. Originally, Throne of Eldraine was a top-down set based on Arthurian legends – Camelot, the Sword in the Stone, lady in the lake, and so on. Eventually, head designer Mark Rosewater realised that Arthurian legend doesn't have the resonance needed to carry a top-down set, and eventually relegated it in favour of more top-down fairytale elements.

However, there were still mechanics from the original Camelot setting that would be used in Throne of Eldraine, like Adamant. For that, the Camelot themes of courts and knights were brought back in to Throne of Eldraine, but in a vastly reduced way. The mechanics, Adamant, and the design requirement of them being a mono-coloured mechanic were an example of bottom-up design in the otherwise top-down fairytale world of Eldraine.

Even sets billed as being fully top-down have elements of bottom-up design. Cleave in Innistrad: Crimson Vow has intended for 2022's crime family-inspired set Streets of New Capenna, only to be picked for Crimson Vow after it was canned in New Capenna. 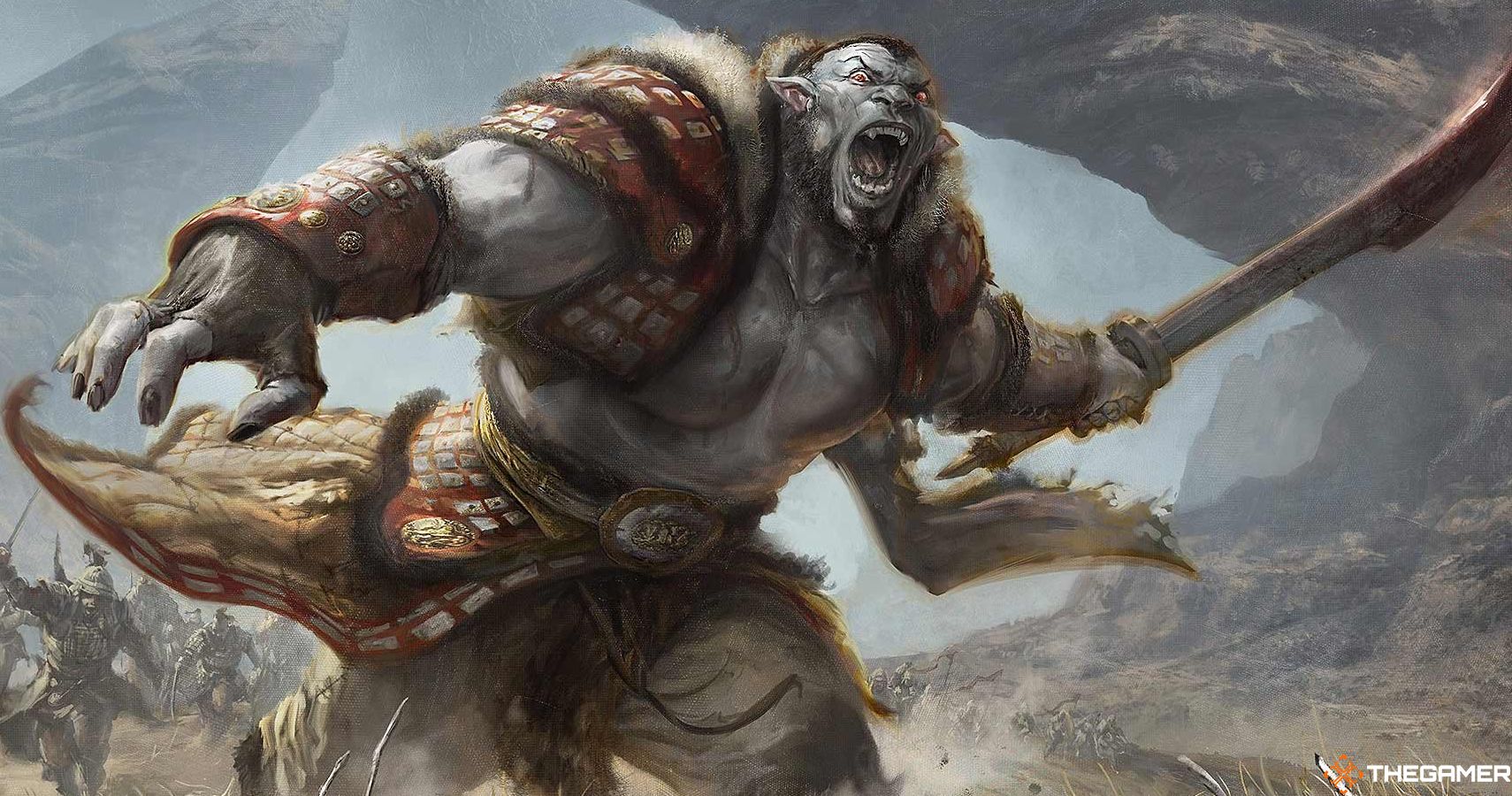 There isn't really a "better" approach to Magic between top-down and bottom-up design.

On the one hand, many of the community's favourite settings have been from top-down sets like Kamigawa, Innistrad, and Theros. They're also easier to sell to newcomers to the game: "Hey, do you want a set based on gothic horror" is a much easier pitch than "Hey, do you want a set that has lots of mechanics incentivising you to play lots of lands?" after all.

On the other hand, bottom-up sets are incredibly popular with established players. Zendikar introduced landfall decks to the game, and they've stayed incredibly popular ever since. The Mystical Archive from Strixhaven brought in loads of previously difficult to find instants and sorceries, and Kaladesh's focus on artifacts and the new energy mechanic made it one of the game's most-loved sets in a long time.

There isn't a 'better' way of designing a set. Both serve their own purposes, and both have produced all-time greatest sets.