I started playing Mario Strikers: Battle League last night, and it seems pretty good so far. The Hyper Strikes have cool animations, like Princess Peach's shot looping out a heart-shape before flying into the goal. The movements, dodges, and charged shots feel viscerally charming to pull off. Viciously tackling Yoshis is good, mean fun too (though it is kind of scary and Jurassic Park-y when they tackle back).

But, I'm also realizing that this is the first time I’ve picked up a soccer game since Rocket League. I played the series' first entry, Super Mario Strikers, back on GameCube as a kid, but I don’t play FIFA or Pro Evolution Soccer – I didn’t even know Pro Evolution no longer exists until my editor pointed it out while reading this – so this Nintendo-flavored take on football is the first game to get me back to the sport in years.

After Rocket League, though, the shortcomings of the ways the sport is typically represented are standing out more clearly. I’m not the first person to say this, but Psyonix’s take on the sport feels much more authentic than the traditional attempts. That may sound strange. After all, Rocket League is a game about making a car do a backflip to fling a giant orb into a net. Mario Strikers is simplified, but recognizable, soccer. The characters are human (or, if not, roughly human-shaped), and control like humans. 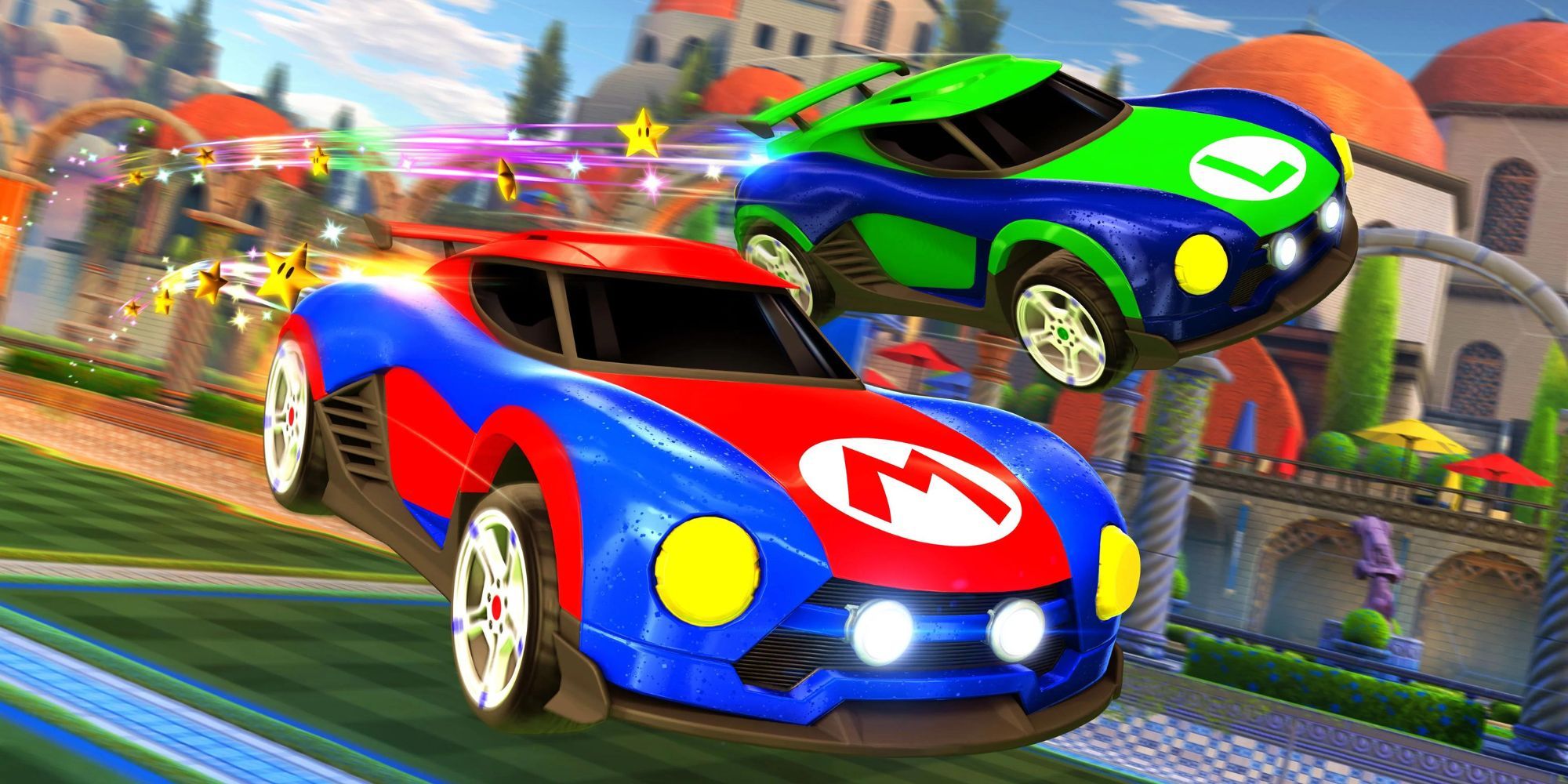 But, Rocket League captures the feeling of actually being out there on the field. I played AYSO soccer until I was 12, so I put a solid six or seven years on the pitch. I was never good at soccer — a formative memory involves a teammate yelling at me for letting a bunch of goals in the one time I was keeper — but I know the challenges of the sport well enough. The difficulty of keeping control of the ball while opponents are on your tail, the complex considerations of physics and geometry that go into the split-second decision of when and where to shoot the ball, the sheer barely controlled momentum of a sport where you can only move the ball by kicking it.

Those are the moments and feelings that define soccer. And, they're the defining elements of Rocket League, too. In Mario Strikers, dribbling the ball is as simple as pushing the left stick in the direction you want to go. Sure, the other team can tackle you and take it away, but the act of dribbling is simple. Meanwhile, in Rocket League, moving the ball toward the opposite goal is always a process that involves skill.

You need to make sure you hit it hard enough to move it a meaningful distance, but not so far that you lose possession. You can hit it slightly wrong and send it sailing in the wrong direction, or hit it too low and shoot it up into the air. Handling the ball, at all, requires control and practice. The same is true of shooting. While in Mario Strikers, you can charge up a shot by holding a button down, Rocket League requires that the player gain momentum if they want a powerful shot.

Though Rocket League has its fair share of acrobatics and explosions, it expressionistically captures the fear, adrenaline, and excitement of running down the field, praying you can stay ahead of the other players long enough to score a goal. Mario Strikers: Battle League is fun, but it can't do that.