Inside Job Is Yet Another Story Netflix Has Left Unfinished

Inside Job has been canceled by Netflix ahead of its second season, its creator Shion Takeuchi has confirmed. The animated show appeared to have ample momentum and so much potential, but has been abandoned despite a tense cliffhanger and unresolved character arcs. Once again, animation suffers at the hands of a streaming giant that fails to understand the medium, or fears an ambitious project that dares venture beyond the broadest of demographics. Inside Job has been left out in the cold, and it sucks.

I’ve covered Netflix’s out of touch approach regarding animation before. It wishes to cut the chaff and focus exclusively on larger, more guaranteed successes like Boss Baby and Arcane, or licensed properties with a built-in appeal, instead of more traditional projects that stand a chance at pushing the art forward. That’s not to say the projects I just mentioned aren’t at all capable of that, but the unwillingness to welcome in new blood or experiences that want to do more than entertain children speaks to how animation has long played second fiddle.

The past two years have seen a number of high profile layoffs and canceled productions at Netflix, many of which sat within animation. Diverse, ambitious, and unorthodox productions that thought outside the box and could have changed the landscape have had their wings clipped because Netflix either deemed them as too much of a financial risk or the streaming algorithm made it clear that pouring another $50 million into the next episode of Stranger Things was a smarter move. We’ve seen this with queer shows, too, that don’t light the entire world on fire, with First Kill and Warrior Nun both being cancelled to vocal fan response. 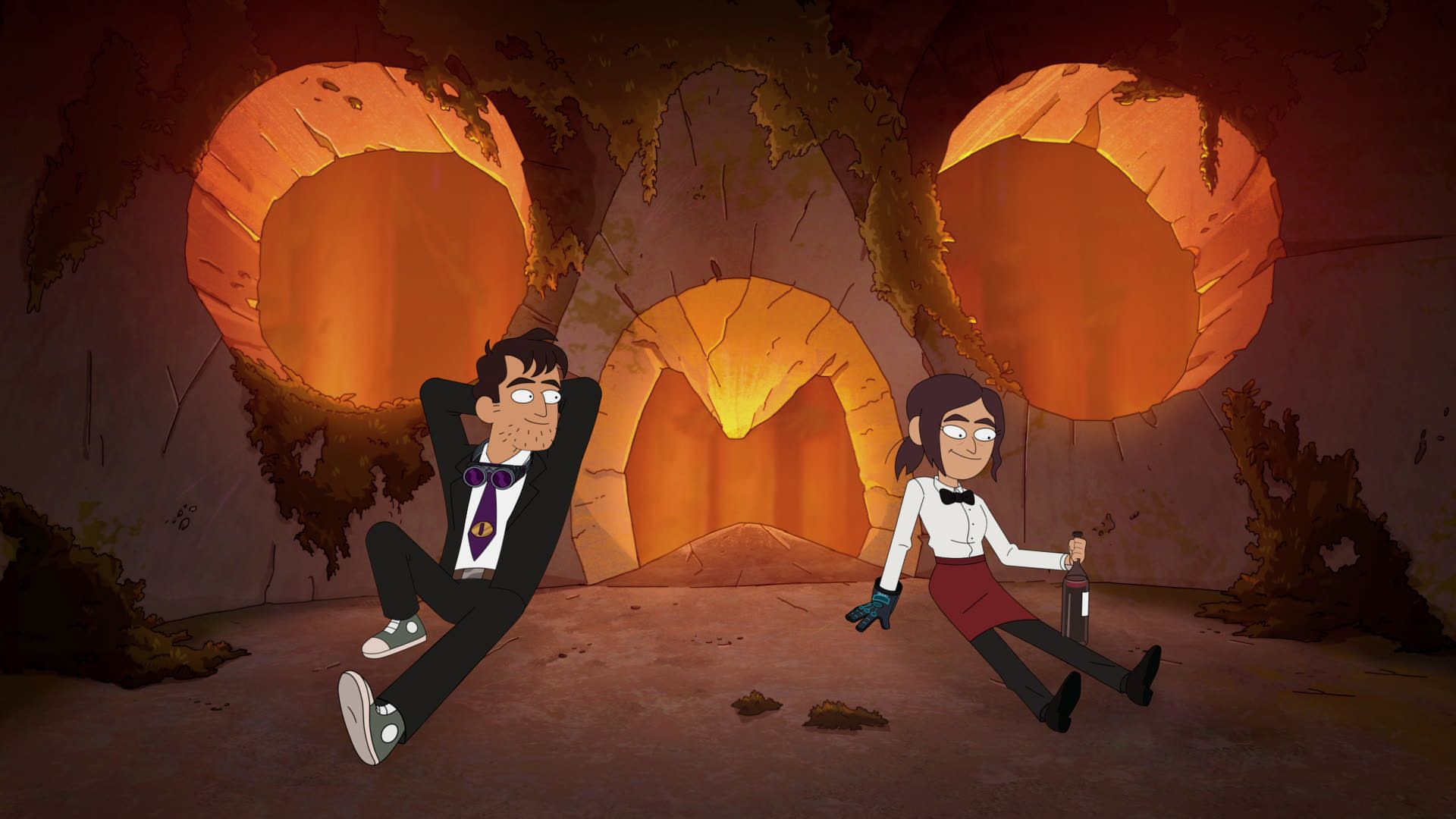 When streaming originals were first becoming a major player, there was a positive feeling that animation need no longer be confined by the demographic constraints of traditional television, where creators often had to workshop pitches to appeal to certain demographics instead of letting their ideas run free. A lot of big names turned to Netflix, whose coffers were opened for all willing to sign their name on the dotted line. I suppose this was too good to be true, since many years later these very same creators either walk away with horror stories or have their projects cancelled long before their planned conclusion. This rings true with Inside Job, as creator Shion Takeuchi made a name for herself on shows like Gravity Falls and Disenchantment before landing at Netflix. Alex Hirsch and Mike Hollingsworth acted as producers too, and if those names aren’t enough to sustain a show, I’m not sure who is.

Renewed for a second season in June 2022 and ending with a cliffhanger that was clearly meant to be resolved, I imagine this cancellation has come to a shock to all involved, or the harsh truth was given time to ruminate until it was unleashed on an unsuspecting public. In Takeuchi’s brief yet heartbreaking confirmation tweet, there is a clear sympathy for everyone who fell in love with these characters and this universe she first brought to life, and how their eventual stories and happy endings were very much intended, but now sit in limbo with no way of being fulfilled. This was an adult-animated comedy with a sharp satirical bite hiding a heart of gold, a talent of making its most hardened characters ever so vulnerable in the right circumstances. While the first season provided only a few glimpses of this brilliance, I’m sure the now shrouded future was to hold so many more. Unfortunately, Netflix thinks otherwise. 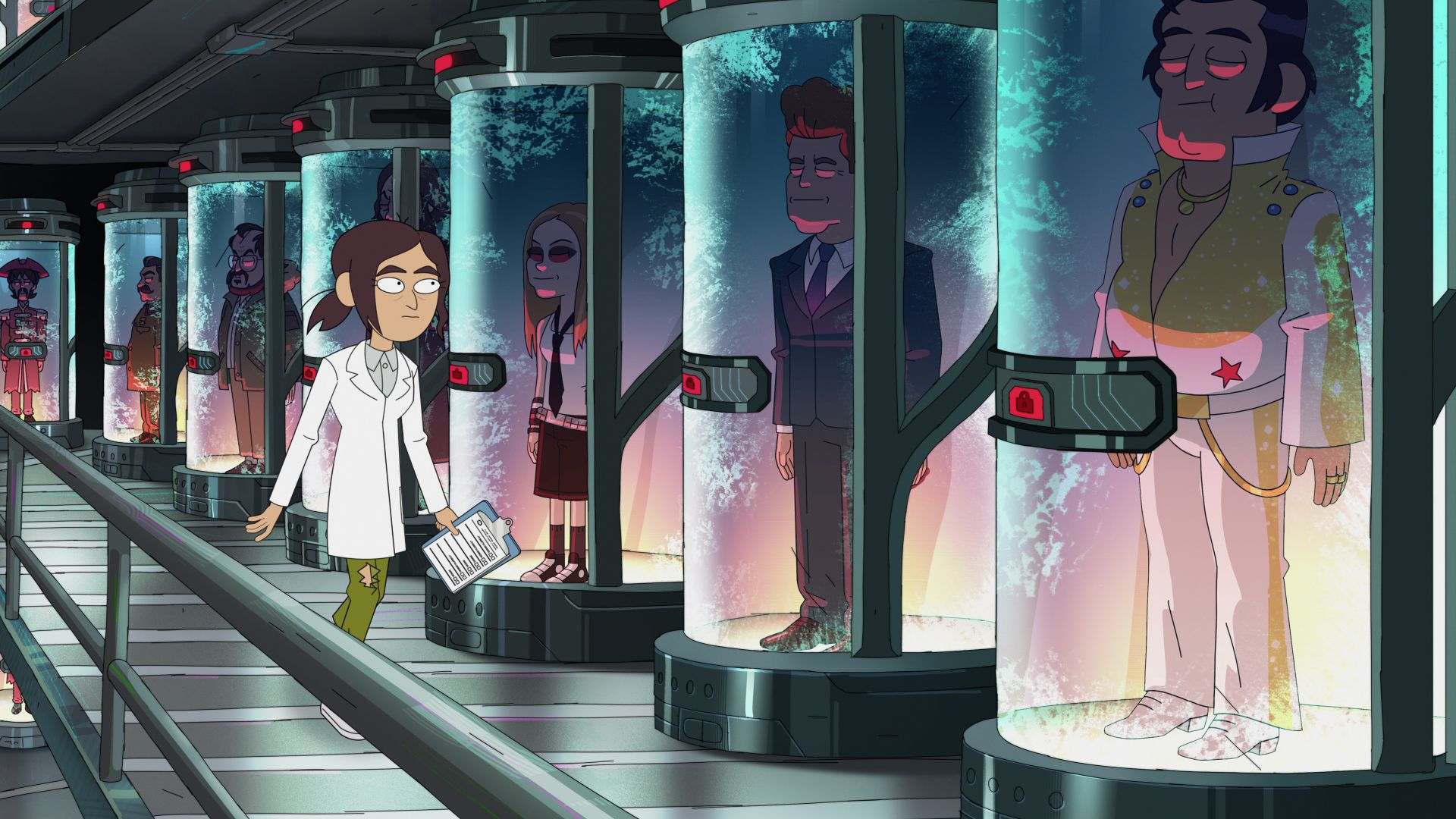 I’m devastated in knowing that characters I came to love, root for, and empathise with won’t get their time to shine, or an opportunity to conquer the show’s light-hearted cynicism and cement their own happiness. The concept of a shadow corporation being responsible for all the world’s most ridiculous conspiracies is a lightweight idea at first glance, yet established a foundation for relevant political discourse and a dissection of the alt-right in ways not enough shows are able to combat with such honesty, whether it be bringing internet harassment to task or poking fun at the modern world’s ridiculous celebrity culture.

Many of these jokes were compelling filler too, the real meat coming from episodes focused on stellar character moments and wider narrative arcs helping to flesh out the bigger picture. Now all this effort, all this ambition, and all this heart, is left abandoned. I’m praying that we might have a Tuca & Bertie situation on our hands and there’s a slim chance a rival network or platform will swoop in and help wrap things up, but we all know that’s a pipe dream that so few canceled projects are able to attain. Netflix was once hailed as a new beginning when it came to original content, animation especially, but as shows continue to be axed and even a hit like Inside Job struggles to tell its story, I’m not sure what future there is to hope for.