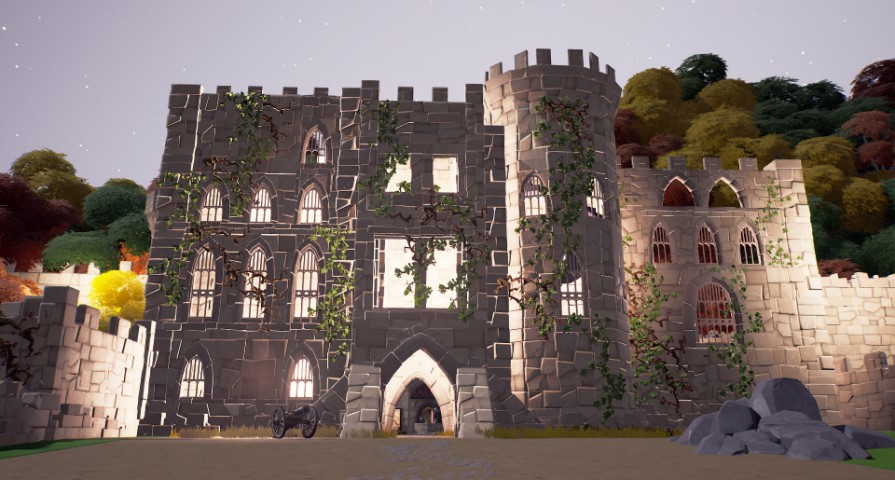 The latest Fortnite crossover is none other than I’m A Celebrity, with a recreation of the castle and constantly changing weekly games.

From Batman to Ariana Grande, Fortnite has become THE place to be for anyone that’s anyone in modern pop culture. From pop stars and athletes to movie characters and internet memes, the list is almost endless – especially as it’s now been joined by I’m A Celebrity…Get Me Out Of Here.

This isn’t an official crossover organised by Epic Games though, but instead something that ITV has created itself in the Fortnite Creative mode, where fans can design their own customised content that doesn’t necessarily have anything to do with fighting.

For I’m A Celebrity that means a recreation of the castle set the current season is using and a virtual Castle Coin Challenge and camp trials for players to take part in.

The I’m A Celebrity Castle Trials will be updated weekly, to reflect what’s going on in the show, with additional games sponsored by the John Lewis Christmas campaign (that’s a bit random, but whatever… it’s free, so you can’t complain).

There’ll also be a John Lewis branded shop, where you can buy virtual Christmas lights for your camp, so there’s quite a bit of effort put into it all.

What there doesn’t seem to be any sign of is skins of Ant & Dec, or any of the celebrities, but that would’ve required the involvement of Epic Games.

The idea is part of a wider scheme to make ITV shows more interactive and follows a version of The Void in Fortnite Creative earlier in the year.

To play I’m A Celebrity in Fortnite you need to enter the following code from the Discover tab in Creative mode: 6991-4289-2871

Fortnite Creative is free to play and download, and is available for Xbox One, PlayStation 4, Nintendo Switch, PC, iOS, and Android.