I Played Shovelware For Platinum Trophies And Now I Feel Dirty

The PlayStation Store is filled with garbage. Sony clearly lets just about anyone into its digital realm, even if the goods they intend to peddle are little more than dodgy experiences designed to offer easy Trophies and nothing more.

These games aren’t even hidden, and can often be found cluttered amidst new releases and atop the cheapest available titles once applying a filter. You’ll find them costing anything from 69p to a couple of quid, often sporting key art featuring primitive 3D models or mediocre artwork that makes it abundantly clear what these games are and why they exist.

For years I’ve ignored them, but their presence has become such a regular occurrence in my life that I decided to see what all the fuss was about. Five Platinum Trophies later and I feel like some sort of digital hussy, willing to put myself through brief, awful ordeals in order to see the Trophy notifications pop again and again and again until I reach the climax.

None of it felt earned, and it’s clear that people are buying these games and using them purely to enhance their digital reputation. But it’s all hollow, and I wish I could take it back. It wouldn’t be such a big deal if the intention of these games weren’t so transparent, and Sony wasn’t allowing them to flood the digital landscape of its flagship storefront while other independent games that are doing everything they can to get noticed are left behind.

You could argue that games like ‘Funny Truck’ and ‘Alien Destroyer’ are genuine efforts from new creators, but they’re so brief and so obviously designed around Trophies that I just don’t buy it. I mean, I did buy it for that juicy Platinum, but I’m not convinced. Consider this article a public service announcement to avoid games like these, and to recognise that seeking to support them will only justify their existence and fill our favourite platforms with garbage that has no place existing. Here are a few titles I came across in my scientific research. I’ve already hidden them from my account because of all the shame. 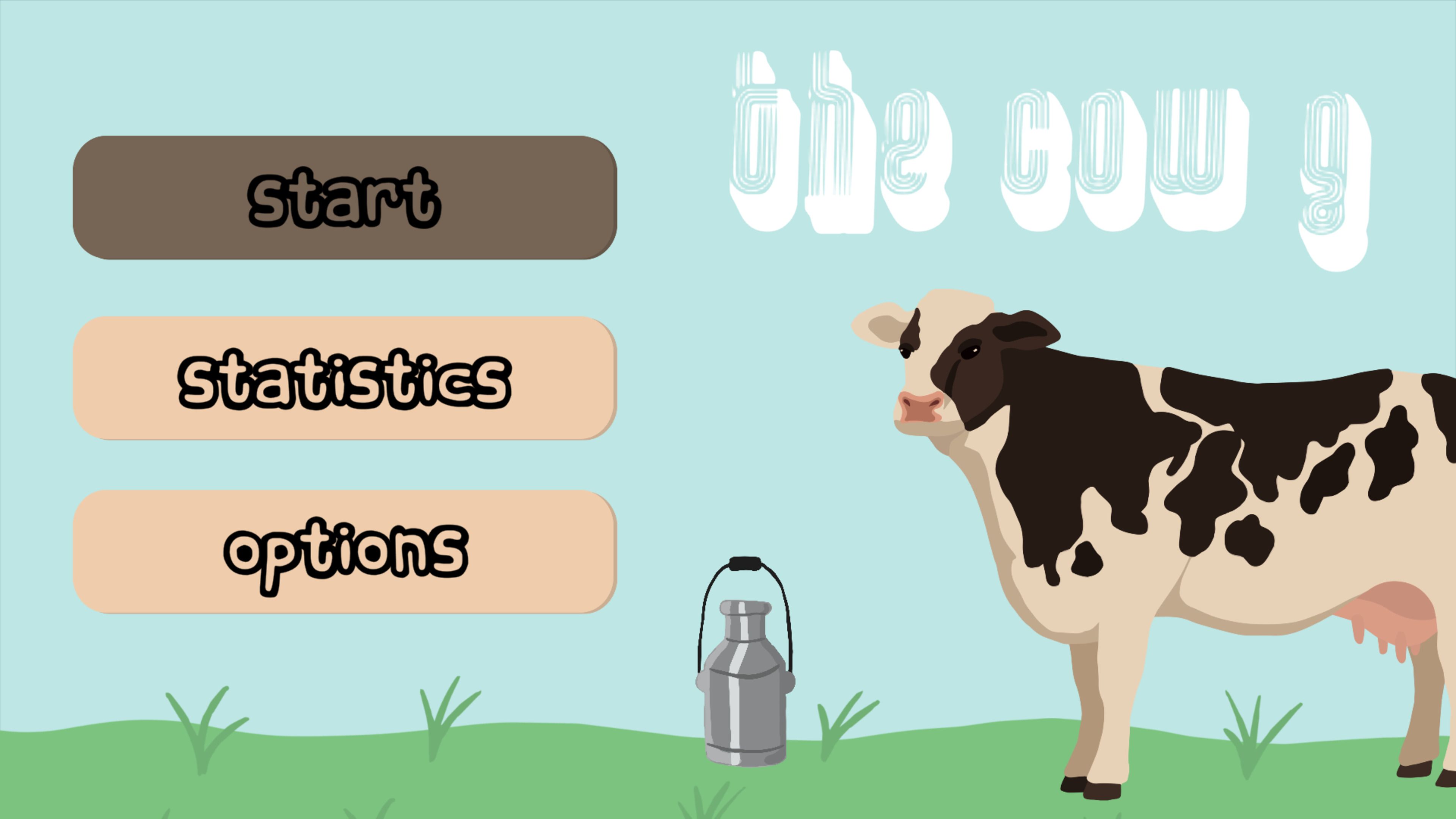 While the official description describes this game as some form of farm animal simulator, in reality it is little more than a picture of a cow set against a static background of a field. Your job is to milk this naughty little bovine, and it doesn’t involve any detailed gameplay mechanics or challenging puzzle design.

Nope, all you do is hold a single button and watch a number in the corner grow higher and higher as trophies pop. Upon further inspection this game is part of a larger franchise, with countless titles based on farmyard animals available on the PlayStation Store which I assume serve a similar purpose. One involves a pigeon shitting on people while another is all about shearing sheep. Boundless levels of creativity as you can tell. As the name suggests, this one is all about destroying Aliens. It plays like someone bought a bunch of stock assets on the Unity Store and decided to throw them on a bland desert biome. Falling off the edge of the map – which I did many times – has you descending into an endless void as muddy textures stretch on for what feels like forever. It’s busted.

You have a single weapon at your disposal with no recoil, meaning you’re basically firing bullets from a static object as countless enemies spawn and the score counter ticks up. To this game’s credit, it has a decent amount of enemy variety and the movement is reminiscent of classic shooters like Quake and Doom. You can strafe around opponents or jump into the air in order to avoid incoming fire before coming across the final boss in a matter of minutes. You’re destroying aliens, so it isn’t false advertising at least. 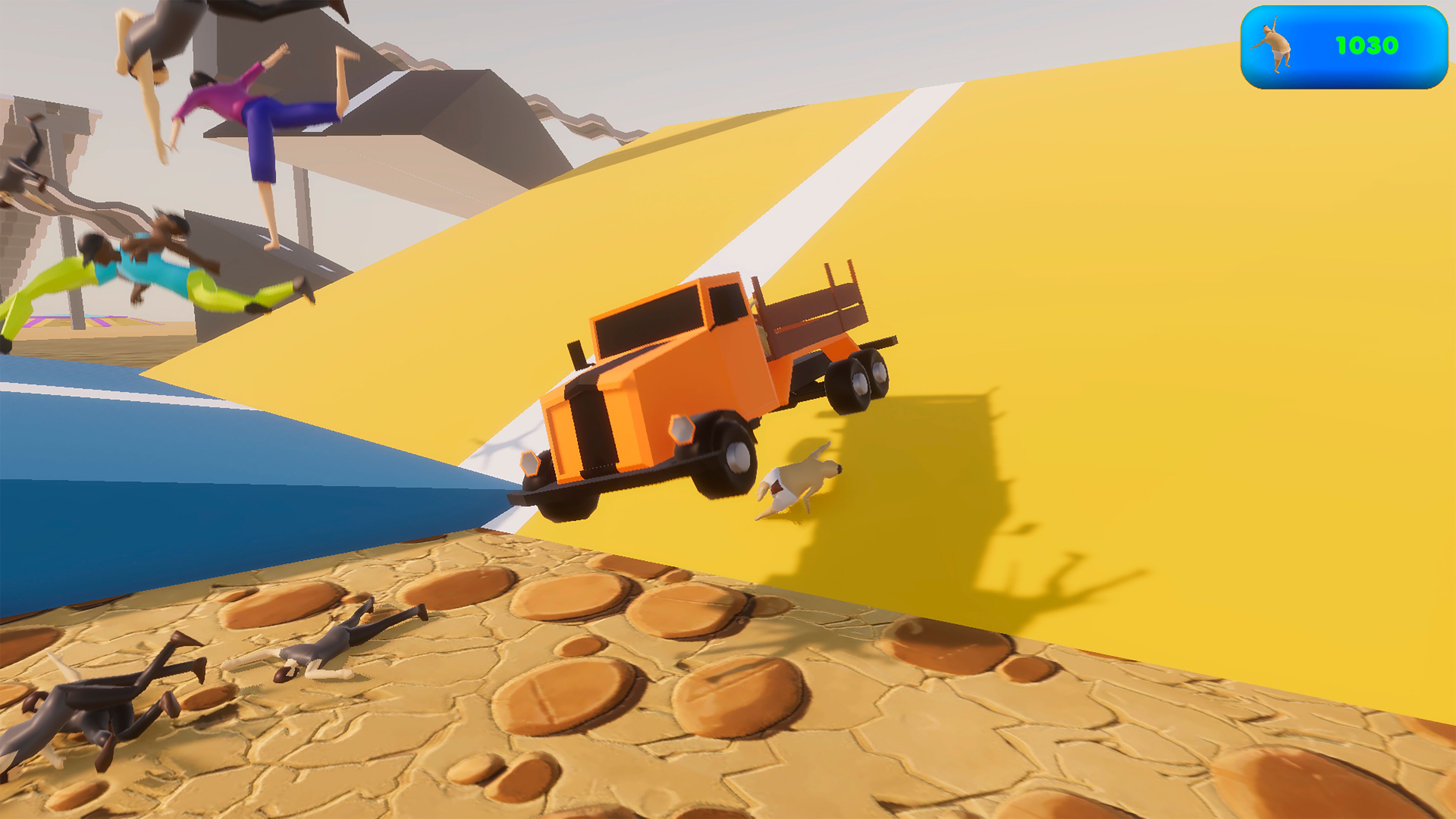 This game has a truck, and boy is it funny. Taking place in some sort of purgatorial void filled with abrasive music and a nonsensical assortment of tracks, this indie gem involves driving around the environment as a continued stream of ragdoll pedestrians spawn and bounce from the back of your vehicle. As they do, you’ll earn points and trophies.

More erratic movements will result in the score rising faster, but it’s so unclear that you’re basically just driving around and killing time until it’s all over. It’s awful, and the controls are so loose that it doesn’t even feel like you’re driving a truck, let alone a funny one. I’ve eaten a lot of burgers in my time and not once have I seen one jump. Realism isn’t a priority in this immersive masterpiece. You play as the titular burger, either that or an invisible force capable of allowing this delicious snack to jump into the air and fulfil his/her/their dreams.

That’s it, you press a button and watch this burger hop off its plate as your score rises. You earn Trophies, but aside from the accompanying music and scoping out the awful background art there is nothing more to this one. Trophies pop, you delete it off your hard drive, and summarily cry yourself to sleep to fill the empty void in your life.

All jokes aside, the fact that games like these exist purely so people can make themselves feel better while boosting their Trophy collection is incredibly depressing. Even more so is that shady developers have uncovered this vulnerability and have conjured up a scheme to pump out awful games made in what must have been a short afternoon before selling them for pennies. Yes, they’re cheap and aren’t hurting anyone, but they’re demeaning this medium, and the fact that Sony is willing to let them pass without any intervention speaks volumes.

While an easy Platinum or ten might sound tempting, trust me when I say it absolutely isn’t worth it.