Home » News » I Need The Liara Body Pillow In My Life

I Need The Liara Body Pillow In My Life

In the immortal words of Taylor Swift, “Drop everything now!”. While Swift’s next line on the underrated Speak Now might have been “meet me in the pouring rain, kiss me on the sidewalk, take away the pain,” it might well have been “BioWare has just released a Liara body pillow,” because folks, BioWare has just revealed a Liara body pillow. I’ve never understood body pillows until now, but pretty soon I might be the proud (and maybe just a little bit ashamed) owner of one.

There are two primary reasons a person might own a body pillow. The first is for lumbar support or some other issue with posture, injury, or ease of sleeping. Their tubed shape over the flatter, wider shape of a regular pillow, means they can be more comfortably held in certain positions. The second reason people own a body pillow is so they can put them through a hot wash after each use before they get all crusty.

It’s for neither of these reasons that I want the Liara body pillow. Honest. It’s really for the kitsch value. Body pillows are mostly known primarily for that second reason, despite most often being used for the first. Off-brand body pillows have gotten increasingly sexual and explicit, to the point where there were several body pillow booths at Gamescom that needed to be covered up with paper because they were so explicit. The paper was see-through. It did not work.

Even though they rarely need a hot wash before they get crusty, body pillows are synonymous with it, and that makes it quietly amusing to own one. Liara is my favourite Mass Effect character and in my main Mass Effect run, I romance Liara in the first game, stay loyal to her the second game by romancing no one (Jack’s straight, thanks Fox News), and romance Liara in the third. Nobody baby but you and me. 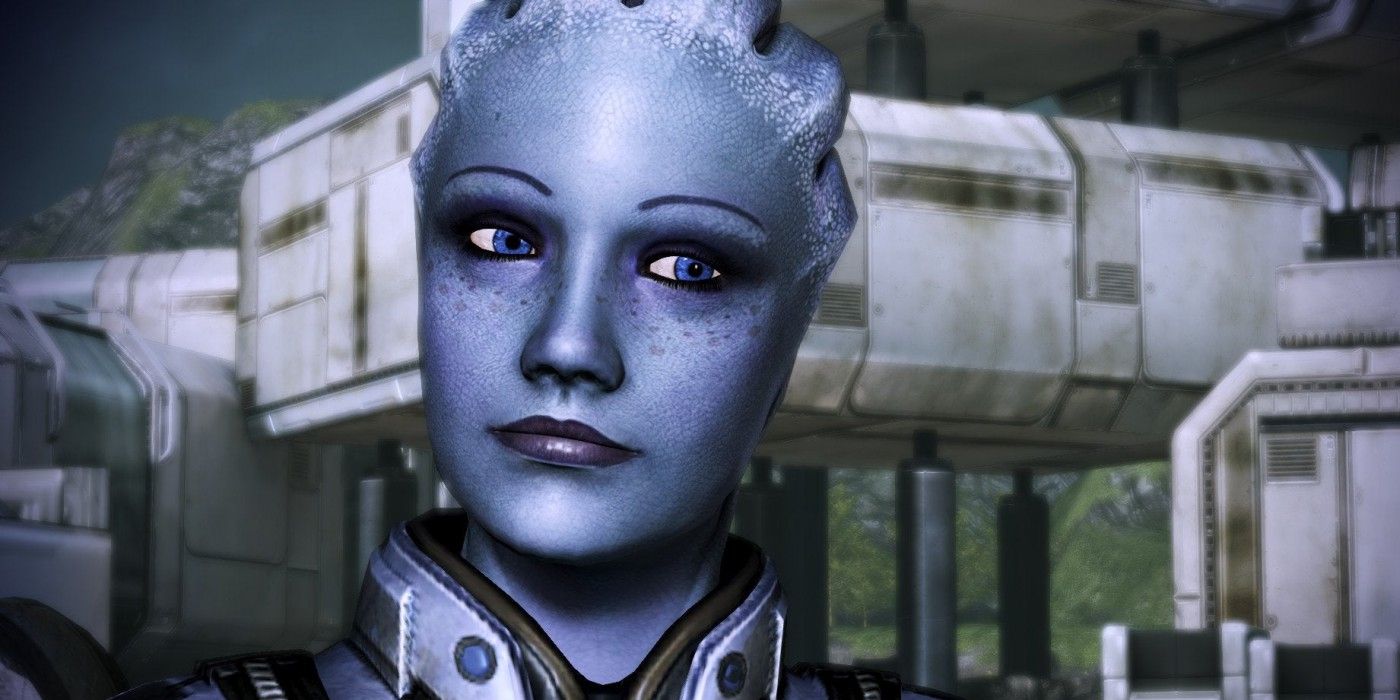 Liara is an outstanding character, and a cute body pillow feels like exactly the way my Shep would show her affection for Liara. It would flatter the asari, but also make her a little uncomfortable, which is how my Shep’s relationship with her works. It’s the perfect tribute, in a lot of ways. It’s also one of startlingly few pieces of official Liara merch on the BioWare website. Liars isn’t just my choice for Shep, she’s the canon romance for either gender available. There’s an expensive figurine, but it makes Liara look like an anime version of herself, with exaggerated eyes and hips. There’s a more regular statue, but that’s over $100, and there’s a canvas print for $50. There isn’t even a Liara Funko Pop – the fan made ones you can buy online are just repainted versions of Peebee, a far less popular character by every metric imaginable. The body pillows began as April Fool’s jokes in 2014 (for Garrus, not Liara), before the Garrus one was sold on April Fool’s Day 2019, then becoming a regular store item in 2021.

I’ve never quite understood why Liara hasn’t gotten the respect she deserves, nor did I envision that respect would come via a body pillow. But now that it’s here, I feel like I need to show her my appreciation.