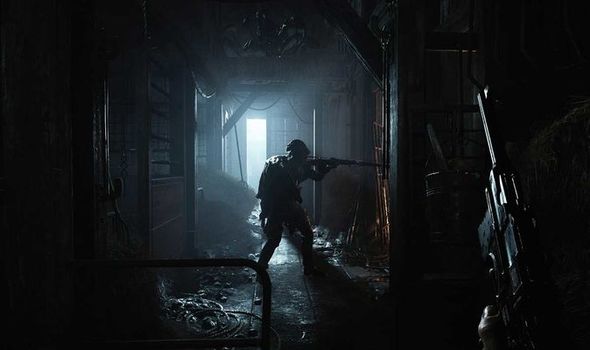 Hunt Showdown provides countless hours of tense gameplay that usually ends in the brutal takedown of your hopes and dreams. Having spent a long time in early access and testing, Crytek has finally launched the completed version of their Battle Royale hybrid.

If any game should be described as Chimaera, a beast made of many different parts, this game deserves the title. With a big dollop of survival-horror mixed in with chunks of Battle Royale and shades of Monster Hunting, Hunt Showdown is undoubtedly worth giving your attention.

Set in the murky swamps and abandoned farms of 1890s Louisiana, Hunt combines a challenging PvE environment with high risk-reward PvP combat. Gamers who want to take on a unique new challenge will find maps filled with gruesome monsters and weapons to wield.

On top of this is a complex web of gameplay features that rewards players for surviving every encounter, while not making it too brutal when you fail in your endeavour. The different systems at play can be confusing at first but also help to make Hunt Showdown such a compelling experience.

It’s easy to find yourself in a situation in which you walk away with everything you need to bag yourself a ton of XP and progression towards a new goal, or sent back to the home screen with a meagre helping.

The basic premise is to load in, hunt down a Legendary monster to slay it, grab a token of proof and get to an extraction point. Doing so will bag you a lot of points and will help unlock better weapons and items, such as traps and explosives.

But it’s the PvP combat, which usually ends up being short and intense gunfights, which helps make Hunt Showdown such a rush. And when you combine all these different aspects, with the layering of maps, boss battles and modes, you can find yourself sinking hours into this game.

In Hunt Showdown, you play the role of a bounty hunter who is part of a line of hunters sent out to kill monsters that have been causing trouble. To find these beasts, you will need to hire a Bounty Hunter from a list and try your best not to get them slain.

Each person you select will add to your Bloodline and will push you forward until you can unlock the best equipment money can buy.

But your end can come from the zombies walking the map, hounds hiding in the reeds or women who have been taken over by hives of killer bugs.

If it all sounds a little gross, it’s because it is, with Hunt Showdown providing a visceral experience of backed up by blood and guts sent flying.

To find the monsters, you’re hunting; you must use something called Dark Sight to locate three clues, with different locations spread across the map.

When you have found these clues, you are then given the final location of the boss lair, although sometimes you may stumble upon these beforehand.

There are three different bosses at this time, and all offer slightly different combat experiences and each one totally disgusting to gaze upon.

The sound the giant Spider makes trotting about its lair is enough to put you off your breakfast, and that’s without mentioning the assassin made of bugs.  But getting to these lairs can be much more challenging then you would first think.

The maps you explore are large and well-made, offering all different kinds of terrain to traverse and overcome. Sometimes you will find yourself wading through a river, only to hear the approach of a Water-Devil heading your way.

Or you might turn a corner in an abandoned factory to find a half-mutilated giant with slugs pouring out it, looking to chop you up. The places you visit during your game are interesting, and their variety adds to the replayability of the game.

One way Hunt Showdown excels is how it layers its gameplay with different features and progression combos. As an example, you will hire a Bounty Hunter whom you will then use to level up your “Bloodline” tp unlock new gear and weapons.

The Hunter remains totally expendable, and after a certain point, perma-death is turned on, and you can lose every character you hire. Even your choice of Hunter will change as you progress through the game, with the best offering the more stealthy outfit options.

Even if you do end up losing your Hunter, you will always come out of a mission with some kind of XP. But the big rewards are reserved for players who can slay the beast and their fellow players.

Hunt Showdown’s PvP experience is brutally tense, leaving you in situations where a bit of luck can go a long way. Every time you load into a map, there will be other teams of Hunters looking to slay the same monsters as you.

When a Monster is killed, it will drop a token, which can then be picked up and taken to an extraction point. But there’s always much ground to cover, and once you have a token, everyone on the map can track you.

You are also provided with a way of seeing your fellow Hunter, but this remains limited and only works for a few goes. But you don’t need to kill the Spider to find yourself the centre of another team’s attention. Encounters can happen organically, or you can find yourself being hunted.

Sound plays a huge role in Hunt Showdown, and the noise other players make can be easy to track. This is heightened by the many environmental factors that Hunt throws in, including broken glass, crows, kennels and creaking doors.

Will you choose to be stealthy, picking the less powerful silenced weapons to make your way through the map, or is being loud and proud the stronger option?

Each game is boiled down to less than an hour, and because of the different combos available, each run-through can be very different. The weapons at your disposal are revolvers, rifles and Crossbows, not to mention the Bomb Lance and Shotguns that unlock later in the game.

Most weapons don’t have a huge amount of ammo, and there are very few which could be described as Semi-Automatic.

This means that every shot you fire counts, and if you miss, you’re liable to end up downed and out of the game. Your teammates can revive you, but this comes with all the risks of any Battle Royale experience you have played.

This can be sped up by setting a downed Hunter on fire, making it a race against time to extinguish the flames and bring your pal back into the fight. 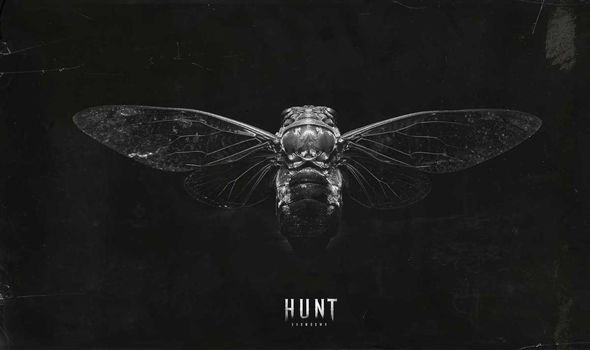 Hunt Showdown somehow manages to bring together very different kinds of gameplay experiences and smushes them together in a brilliant blend of tragic encounters.

You will earn money to buy new guns and Hunters, and experience to unlock the best weapons available.

But you will also need to learn the map and decide how best to go about your mission without dying.

The intensity created by the games PvP battles are some of the best I have experienced, and the nerve-wracking way you can steal defeat from the jaws of victory is breath-taking.

Hunt Showdown doesn’t provide much in the way of Solo content, and this could be a big drawback for some players.

Training modes are available, and players can choose to drop into Quick-Play, which removes the boss and ends with a Dark Vision countdown for whoever unlocked enough Well-Spring in the time limit.

For the most part, Hunt Showdown thrives on its complex net of systems and overlaying features to bring together an intense battle among gamers that many shooter fans will love.