Huawei has officially announced a new voice-activated virtual assistant that will be made available outside of China, as the Chinese tech titan continues to build out its own versions of Google’s services.

While Huawei has for a while offered its own assistant — called Xiaoyi — the company has long been known to be working on a version for international markets. Celia, as the assistant is called, will be made available first on the company’s newly announced P40 flagship lineup in six markets, with plans to bring it to other devices in the future.

Celia will be be available in the U.K., France, Spain, Chile, Mexico, and Colombia and will be conversant in three languages — English, French, and Spanish.

Huawei was well on its way to catching Samsung at the top of the global smartphone market, but then last May the U.S. placed Huawei on a trade blacklist, meaning no U.S. company could offer Huawei their services — including Google and Android. This meant Huawei had to expedite alternative versions of core Google services, including a voice assistant.

During a virtual keynote earlier today, Huawei consumer group chief Richard Yu proclaimed the quality of the device’s hardware, with a particular focus on its multi-lens camera array.

However, the main concern for consumers is the fact that this device won’t offer anything in the way of Google services — not Google Play, YouTube, Google Maps, Gmail, or the rest. The lack of Google Play means myriad apps won’t be available on the P40, though Huawei does offer its own AppGallery, where some of the most popular Android apps are already available.

Still, Huawei is hopeful it can encourage more developers to build for its devices and that in time the “Google problem” will dissipate somewhat. In the meantime, the company is continuing to roll out high-quality devices underpinned by a combination of proprietary and third-party software.

As with other virtual assistants on the market, Celia has a wake word — “Hey Celia” — though users can elect to press and hold the power button for one second to activate it. After that, users can ask Celia to make a phone call, send a text, set an alarm, turn off Bluetooth, set up a calendar appointment, and more. 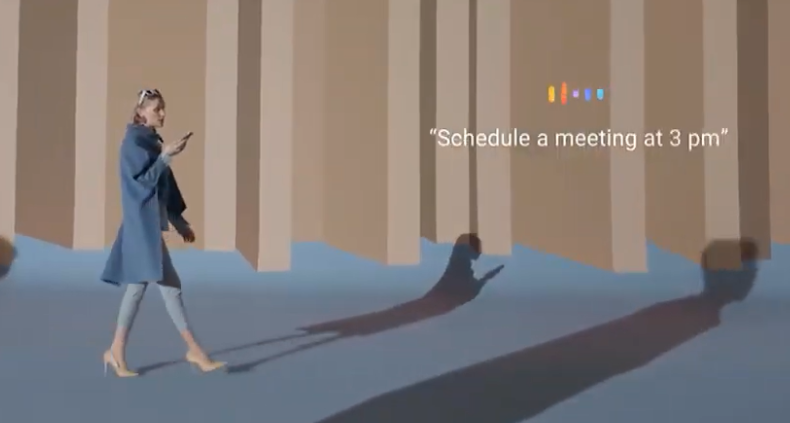 Above: Scheduling a meeting with Celia on Huawei P40

Additionally, Huawei is launching a new feature called “face to face translate.” This means Celia will serve as a virtual translator between two individuals in the same room, with each user seeing the words spoken by the other person on their phone’s screen in real time — this will work in English, French, and Spanish.

Elsewhere, Celia will also work with Huawei’s existing AI Lens feature, which means the user can hover their phone’s camera over a piece of food and say, “Hey Celia, how many calories are in this?,” for example, or ask Celia what type of flower is in front of them.

The information will be displayed on the user’s phone screen as before, except they can now simply use their voice to activate the feature. 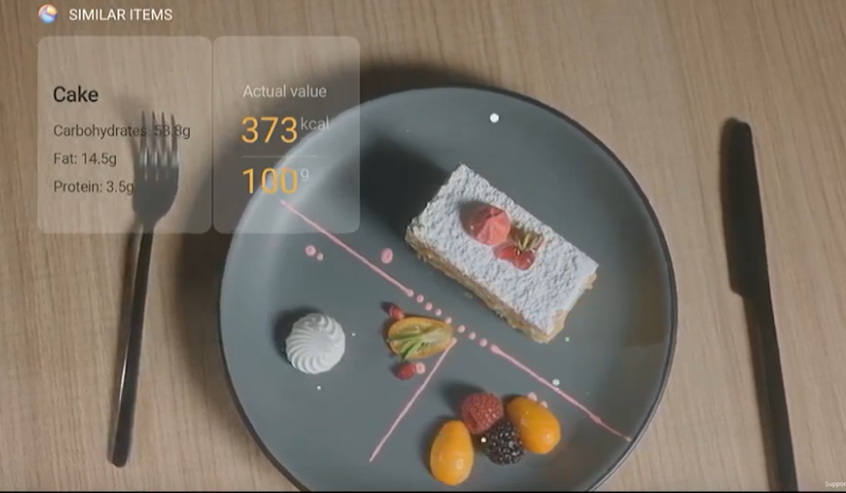 Above: How many calories, Celia?

Huawei confirmed that it will be expanding Celia to support more features, languages, and countries in future releases. Additionally, it plans to bring Celia to other devices as they come to market, from speakers to TVs and laptops.

While Huawei was already looking to launch an international voice assistant before the U.S. trade ban came into force last year, being unable to access any Google services likely pushed Huawei to speed up its efforts somewhat. But regardless of how good its own software is, there is no escaping the obvious here — the Google restriction is a disaster for Huawei, and its international growth will certainly suffer as a result.

Consider this: Anyone looking to buy the new Huawei P40 won’t be able to download apps for WhatsApp, Instagram, Facebook, Messenger, Twitter, Uber, Spotify, or Netflix. And remember, there are no Google apps either.

It’s difficult to see how Huawei will survive as a consumer smartphone brand outside of China — Celia, or no Celia.