With every company now a software company, at least according to some experts, businesses are having to find ways to expedite their development velocity and ship code faster. But with that comes great risk, as it could mean rolling out new features that aren’t quite ready or introducing bugs that break the product for everyone.

That’s why feature management has emerged as a core component of continuous release/continuous deployment (CI/CD), which allows developers to test new features incrementally with a small subset of users, turning features on or off and A/B testing alternatives to gain insights into what works best — without having to ship a new version. In the past few weeks alone, two majors players in the space have raised sizable investments — LaunchDarkly secured $200 million at a $3 billion valuation, while Split drew in $50 million.

Today, a lesser-known feature management player called Unleash announced a modest $2.5 million investment, with the underlying promise of giving enterprises greater flexibility and control over their data and feature management deployment — open source is the name of the game here.

Unleash was born out of Norwegian tech company Finn.no in 2014 and open-sourced the following year. It was maintained by Ivar Østhus, who is now Unleash’s chief technology officer (CTO), with support from other contributors through 2018. Egil Østhus joined as cofounder and CEO in 2019 for the launch of the commercial version of Unleash. Both Egil and Ivar left their full-time jobs late last year to focus 100% of their time on Unleash before hiring their first employee in January of this year and opening a U.S. office in June.

Unleash claims some notable customers in Lenovo and U.S. manufacturing giant Generac, while GitLab sits among the open source user base, which has just passed 5.7 million downloads. To support its continued growth across the U.S. and Europe, the company has attracted some notable investors, including institutional funds Frontline Ventures and First minute Capital, with additional support from former MySQL CEO and current Hacker One CEO Marten Mickos, as well as Algolia CEO Nicolas Dessaigne.

Feature “flags” or “toggles” fall under the feature management umbrella, allowing software development teams to introduce new functionality quickly and safely. This decouples the “release to production” from the “release to customers” stages, helping developers release new features in a controlled way. “By monitoring any issue or possible bugs, our customer will decide to continue their roll-out or improve their software and then redeploy,” CEO Egil Østhus told VentureBeat. “We believe that developer efficiency is the future of business efficiency so we give developer teams the power to experiment and release with confidence.”

With Unleash, companies can configure their rollout strategies so that only a specific group of users will be able to see (and hence use) a new feature, such as those in a specific geographic region or on a particular operating system, or even just a random selection based on a percentage of the company’s overall user base. 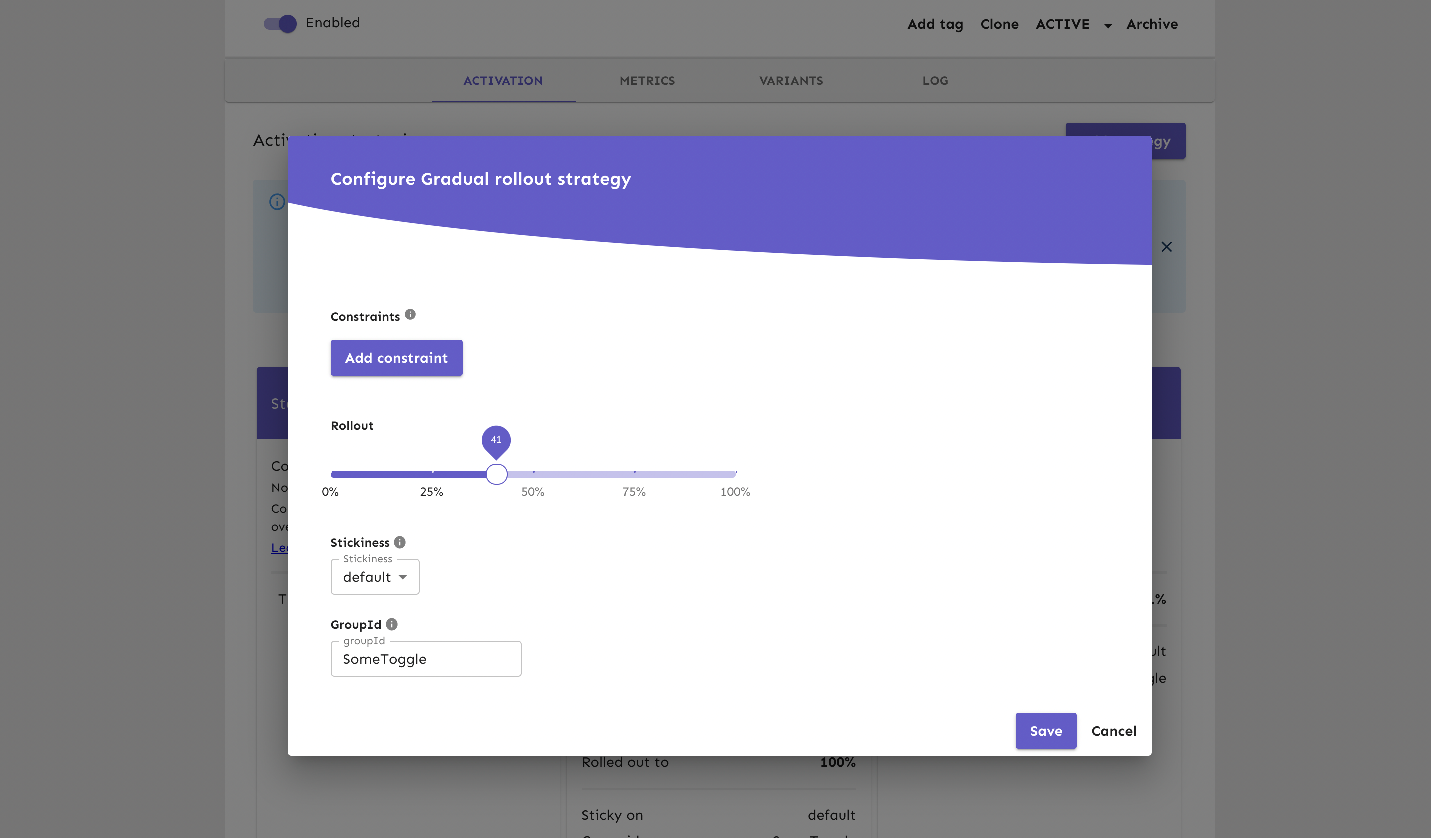 But Unleash’s main selling point is its open source credentials, which give companies greater flexibility than many of the off-the-shelf solutions out there. This includes integrations with the broader tech stack and retaining full control of their data through self-hosting, something that is becoming all the more pertinent in an age of data privacy regulations such as Europe’s GDPR, California’s CCPA, and the upcoming Colorado Privacy Act (CPA).

Unleash currently offers 19 software development kits (SDKs), eight of which have been developed by its community. Østhus is quick to stress that Unleash doesn’t perform server-side evaluation, which he said not only makes things quicker but is also crucial for privacy-conscious companies.

“Server-side evaluation requires a round-trip back to the backend server, [and] this introduces possible delays for the end users,” he explained. “Sending data from the SDK back to the backend server means that PII [personally identifiable information] data is moving from the SDK and back into the server. Given GDPR  — including Schrems II — and similar data privacy legislation, this is usually a concern for enterprise customers.”

There are also newer open source alternatives out there, such as FeatureHub, which doesn’t yet have a SaaS version — but the demand for flexible feature flag tools is clear. Unleash has been on the market since 2015, and with an open core business model it offers the best of both worlds — an open source version with fewer features and premium hosted or self-hosted plans with advanced segmentation capabilities, role-based access control, single-sign-on (SSO), premium support, and more.

Another key factor is that some companies may prefer open source products to avoid vendor lock-in. “If paying Unleash users decide that we do not provide the value they expect, they have the option to replace our commercial version with the open source,” Østhus explained. “This keeps us on our toes to create strong value to our customers. This is good for our customers, and it is good for us because it forces us to keep improving our service and our product.”

Moreover, as an open source product, if a company really wants a new feature or to expedite a fix for a worrying bug they’ve found, they can do this themselves rather than submitting requests to the commercial company and hoping for a positive outcome. Ultimately, they have more control, while they don’t have to build a whole new solution from scratch or use an entirely proprietary product either.

“In the feature management space, the narrative is usually ‘should I build this myself, or ‘should I buy an off-the-shelf product’?,” Østhus added. “We believe this is fundamentally wrong. Every customer is different, and every customer will have their own specific strengths in how they operate that makes them different. This makes it important for our customers to make sure that they may build on top of a feature management tool such as Unleash, so they can adapt and configure the tools to their specific needs.”

Given the increasingly developer-centric nature of most modern businesses (“every company is a software company”), following an open source ethos also allows commercial companies such as Unleash to talk directly to the people who drive the purchasing decisions inside companies.

“Open source is free, and it allows developers to easily get started and get to know the tool,” Østhus said. “We also see a shift in purchasing power from centralized IT departments and towards developers. Their engagement with the open source project, [and] integrating it into their projects makes the buying decision more and more often happen at the developer level, rather than at the IT team / C-level.”