How To Solve The Luck & Probability Easter Egg In Control

Control has tons of trippy moments and an atmosphere that feels straight out of The X-Files. Heck, even the game’s map is mind-bending, allowing players to explore the Oldest House both horizontally and vertically.

So in a game like this, you can expect tons of secret and easter eggs waiting for you to find them. One of them is the Luck & Probability Easter puzzle hidden behind a Level 5 security door in the Luck & Probability department of the Research sector. However, before you can head inside to try to solve the puzzle, you’ll need a Level 5 security clearance card to enter the area.

Moreover, this puzzle isn’t just for fun or to test your intelligence. If you manage to solve it, you’ll unlock a golden suit Jesse can wear, and she definitely pulls off the golden look.

What’s The Puzzle About

All you need to solve the puzzle is to make the roulette ball land on the number 7. But how are you suppose to manipulate Jesse’s luck to land on the number? Well, reading the manifest will teach you which objects you’ll have to manipulate. There’s also a whiteboard in the room where you can learn what to do with three of the six objects there.

However, if you don’t want to spend time figuring everything out for yourself, here’s what you’ll need to do with each item. 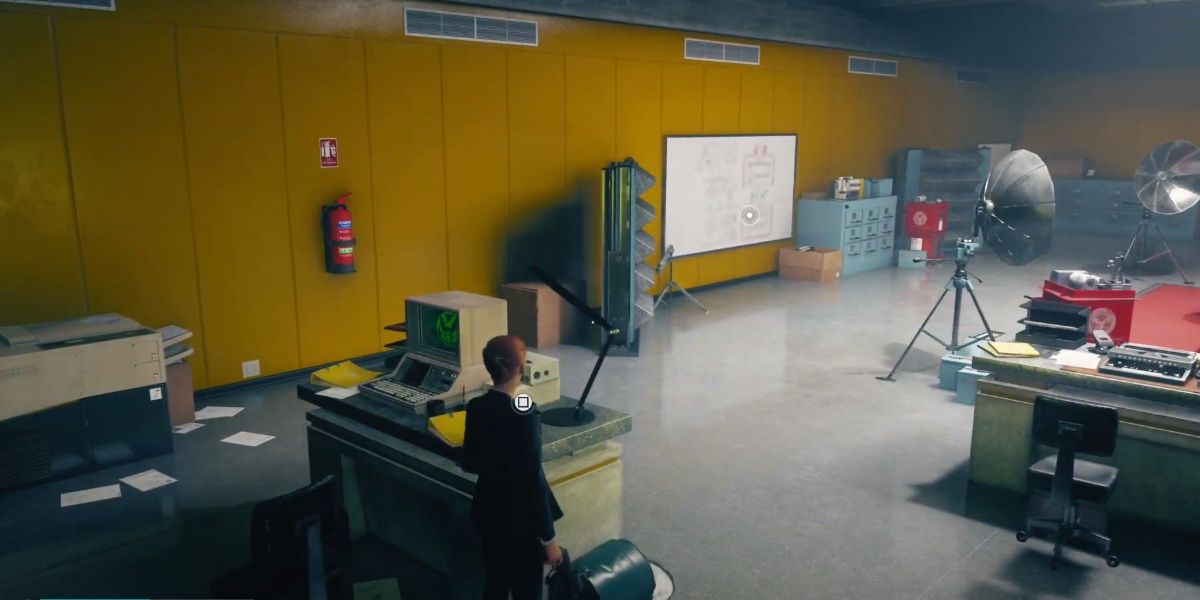 As seen on the whiteboard, all lightbulbs must be turned on to increase Jesse’s luck. There are four in the room; three of them are near each other at the room entrance, while the last one is opposite the roulette wheel. 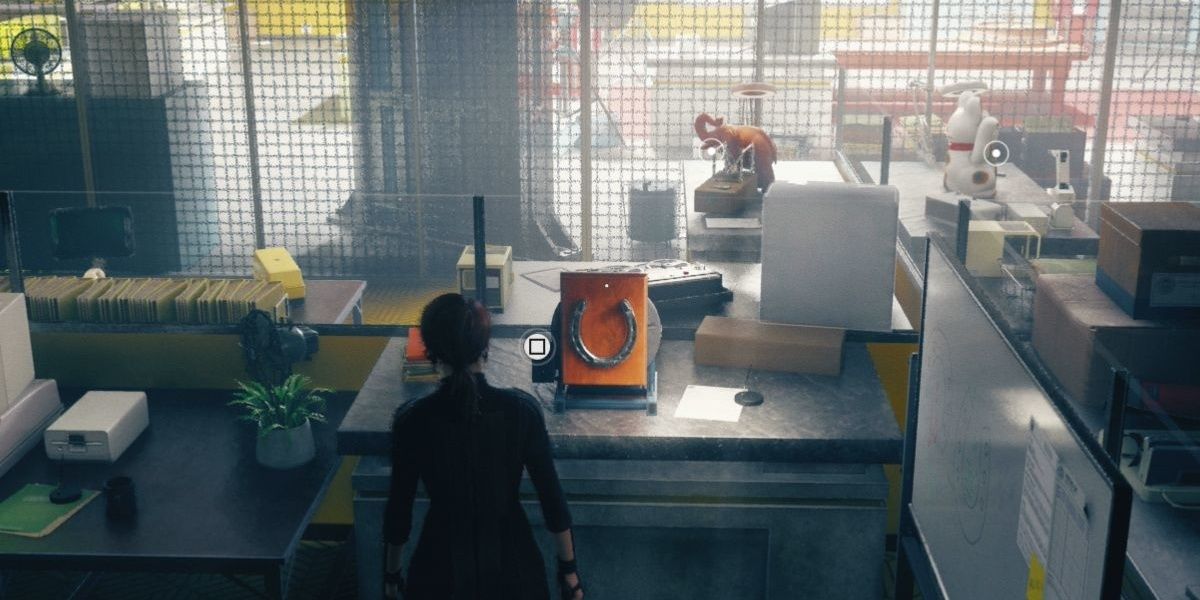 According to superstition, a horseshoe will be a lucky charm as long as it is facing an upward orientation. So that’s how the horseshoe in the room should be. 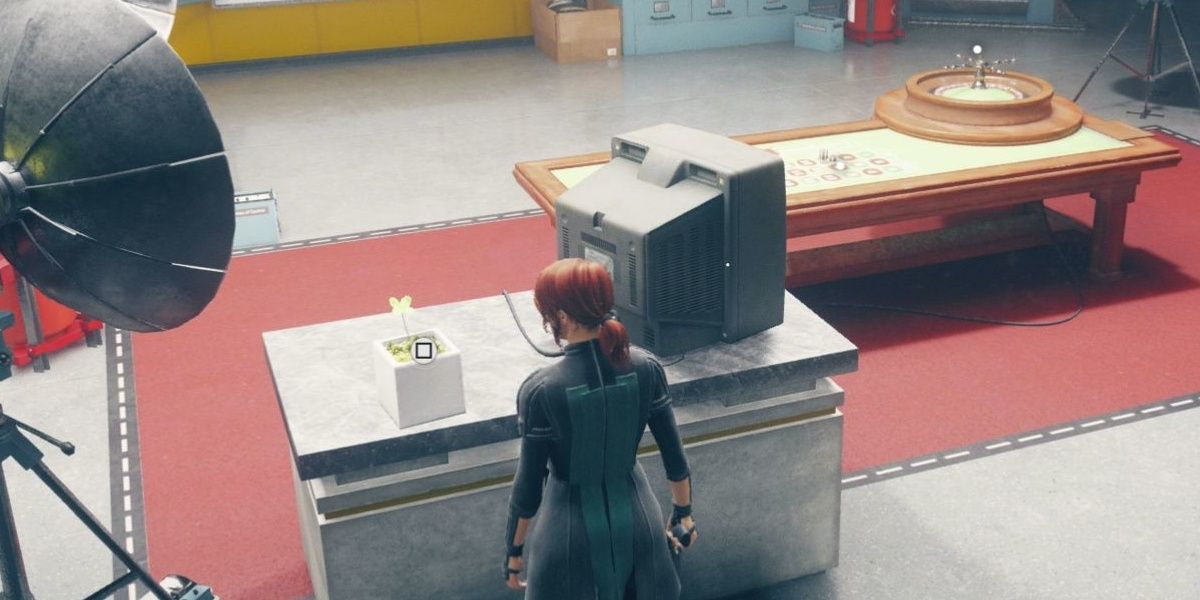 First, you’ll need to pick up the clover that’s in a white planter outside of the experiment room. Then just bring it to the room and place it in the other white planter that’s near the TV. 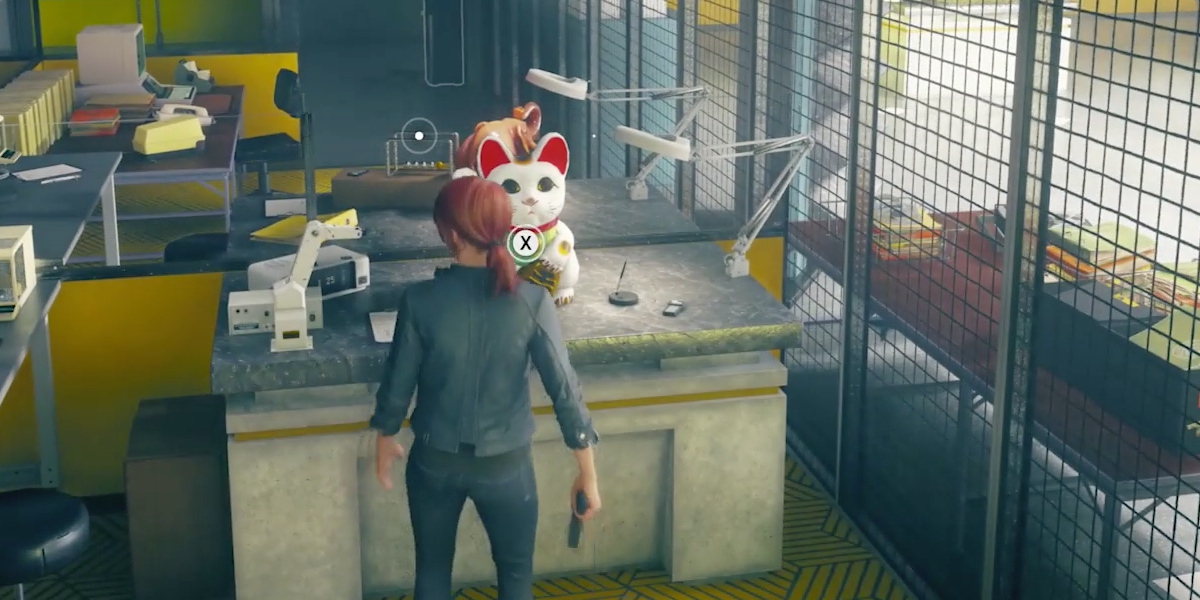 If you’ve ever been to a Chinese restaurant, you’ll know this little statue should be waving to anyone who comes inside. All you have to do is interact with the cat and make sure its paw moves up and down. As a fun fact, this little guy might be a reference to the Maneki-Neko puzzle introduced in The Foundation expansion. 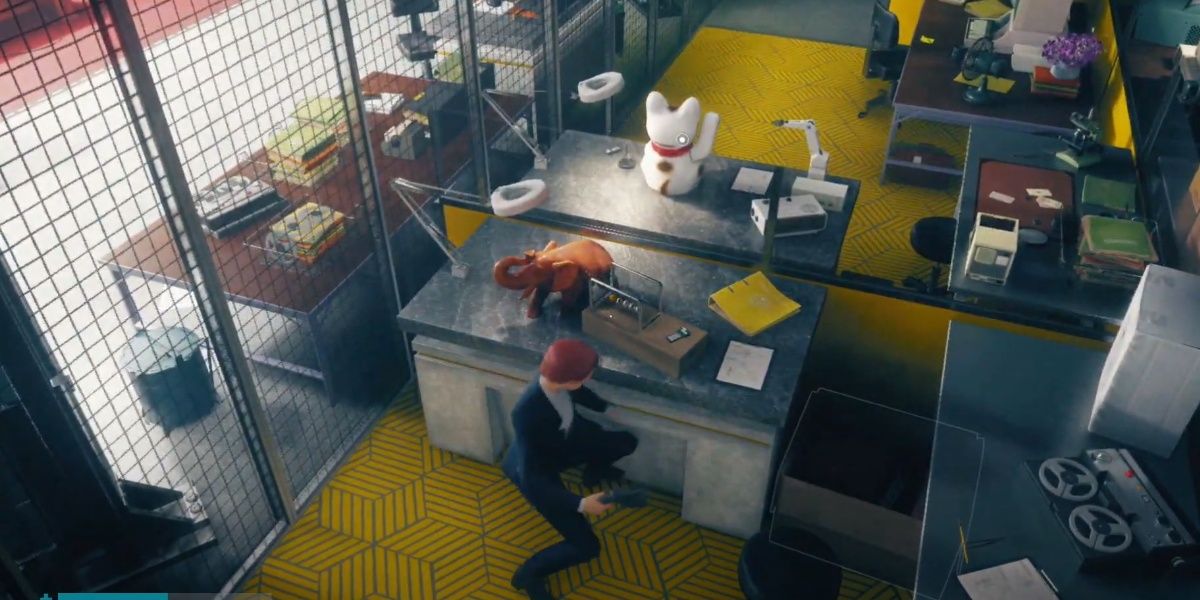 There’s nothing you can do to the elephant, so just leave it there as you found it. 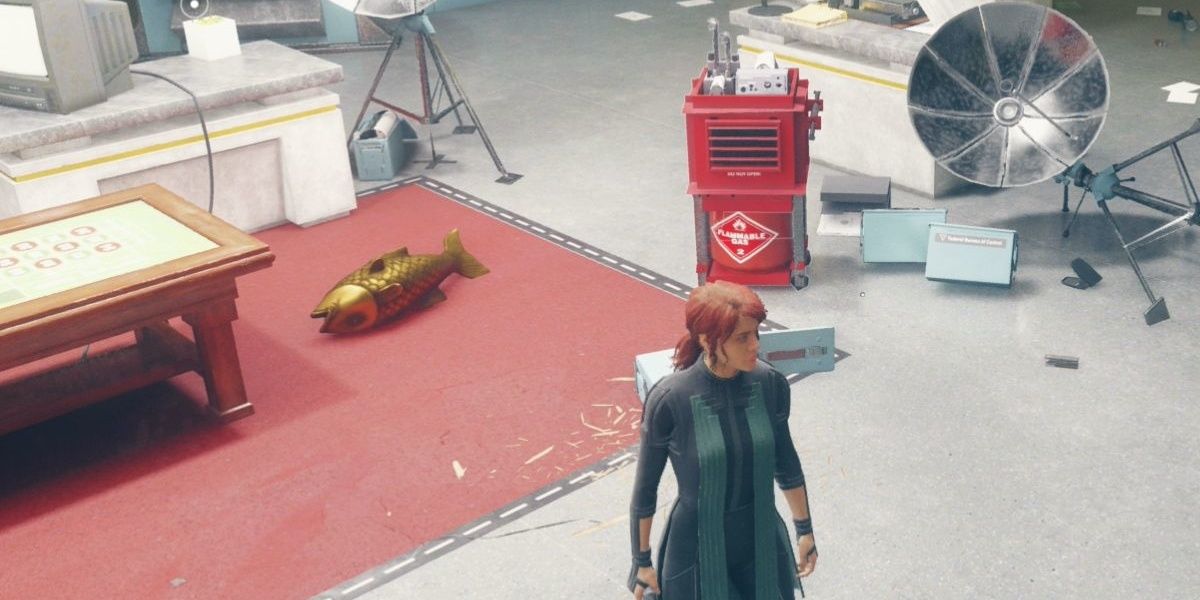 This one is near the entrance of the office. All you have to do is grab it with Jesse’s launch ability and bring it inside the room. Thanks to the whiteboard, you know that the object has to be within two feet of the roulette wheel. 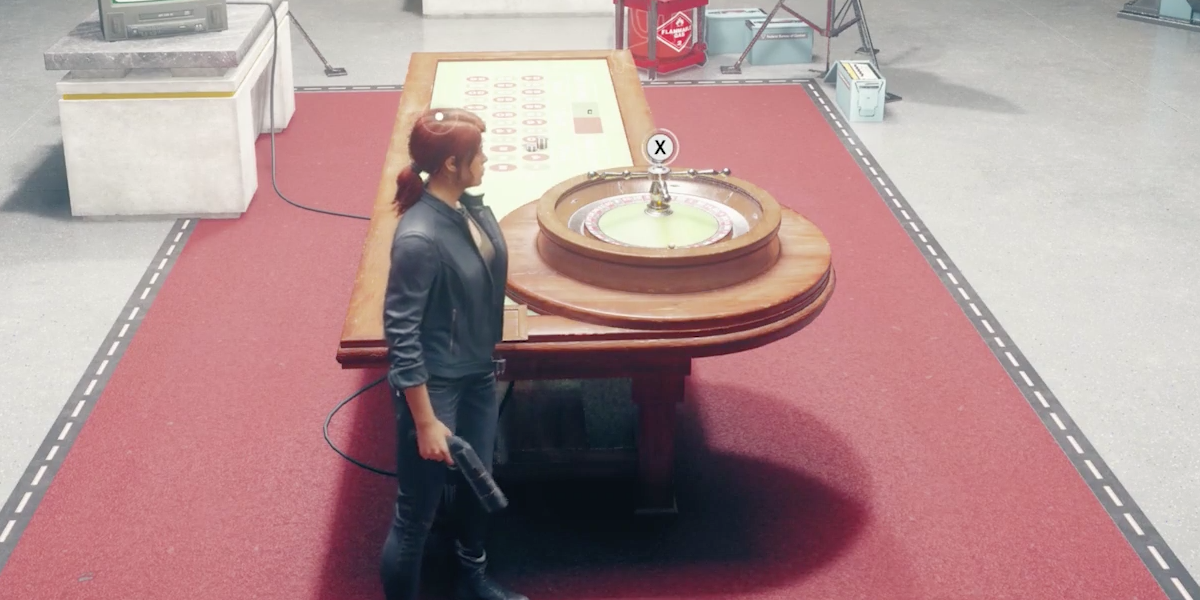 Finally, it is time to check if all of your hard work paid off and Jesse’s luck is high enough. You can now spin the wheel and cross your fingers, so it lands in the lucky number 7. But, before you do that, recheck the whiteboard and pay attention to the drawings in the far right; they tell you that whoever spins the wheel has to be outside of the red carpet so the mojo can properly work.

With that in mind, activate the wheel and test Jesse’s luck. You’ll notice if something didn’t go as planned because a fire extinguisher will explore, the sprinklers will turn on in the room, or a phone will start ringing.

However, if the number 7 is rolled, you’ll get the golden suit, two ability points, and crafting materials.

NEXT: 10 Hidden Plotlines Everyone Missed In Control 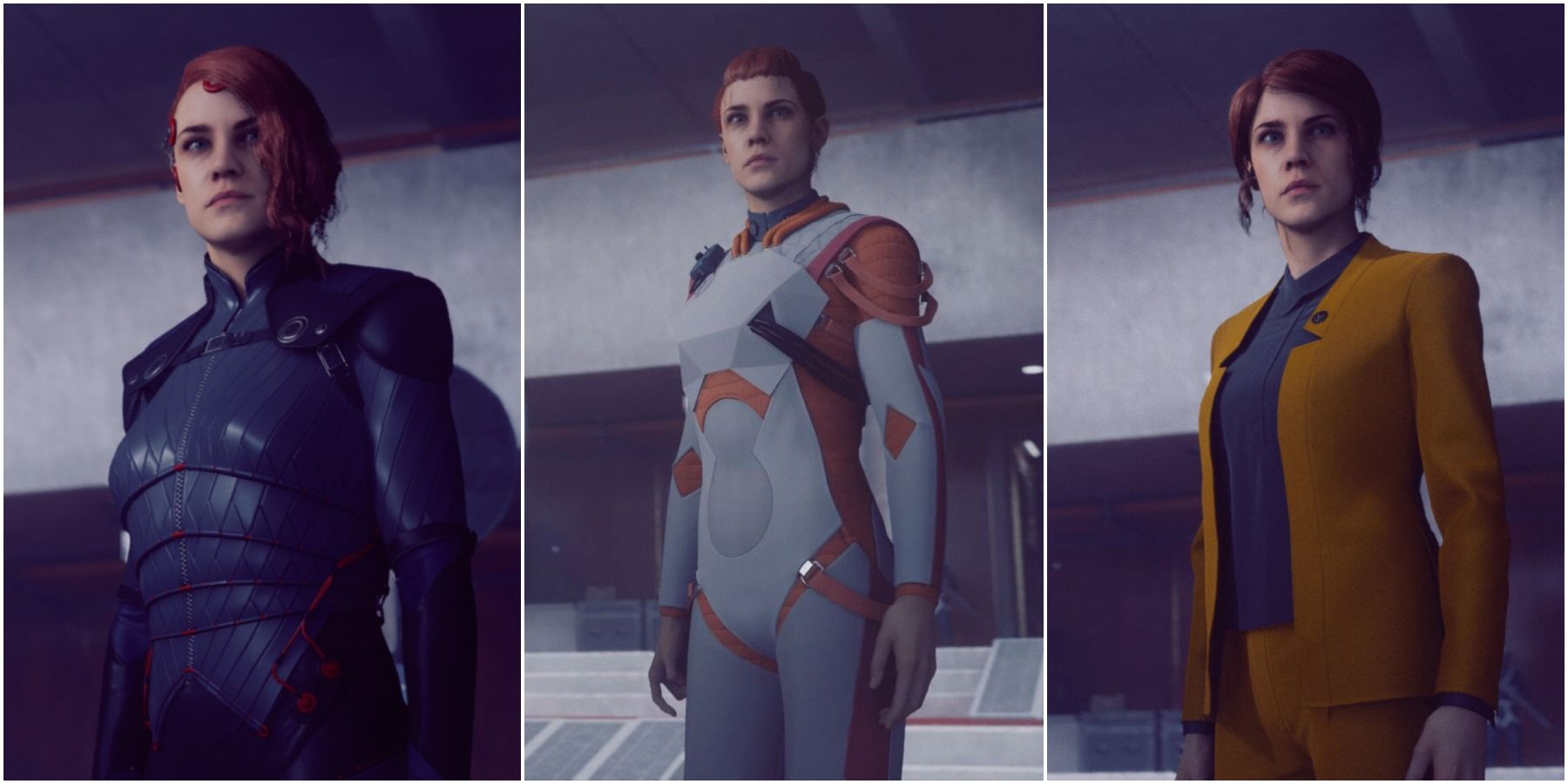 Related posts:
Hot News
My favourite gaming moments from the last generation, Part 1 – Reader's Feature
Weekend Hot Topic, part 1: PC gaming vs. consoles
Rust: A Guide For Beginners Who Have No Idea How To Survive
Ethan preforms in debut matches for 100 Thieves – Daily Esports
G2 takes down Rogue in the battle for first place of LEC
Recent Posts