By just about every estimation, open source has eaten the world — and despite high-profile security lapses that may plague community-driven software, that trend is showing no sign of waning.

While the most popular open source projects often have significant corporate backing, such as Meta (Facebook) and React or Google and Android, most lean heavily on the “power of the crowd” — independent developers spread around the globe, working in their spare time. But regardless of how an open source projects is maintained and supported, the developers or companies behind the project often lack meaningful insights into their project’s use and distribution — this is something that Scarf has been setting out to solve.

Scarf is all about helping open source developers understand and measure how users are interacting with their projects — it’s like Google Analytics, but for open source software. 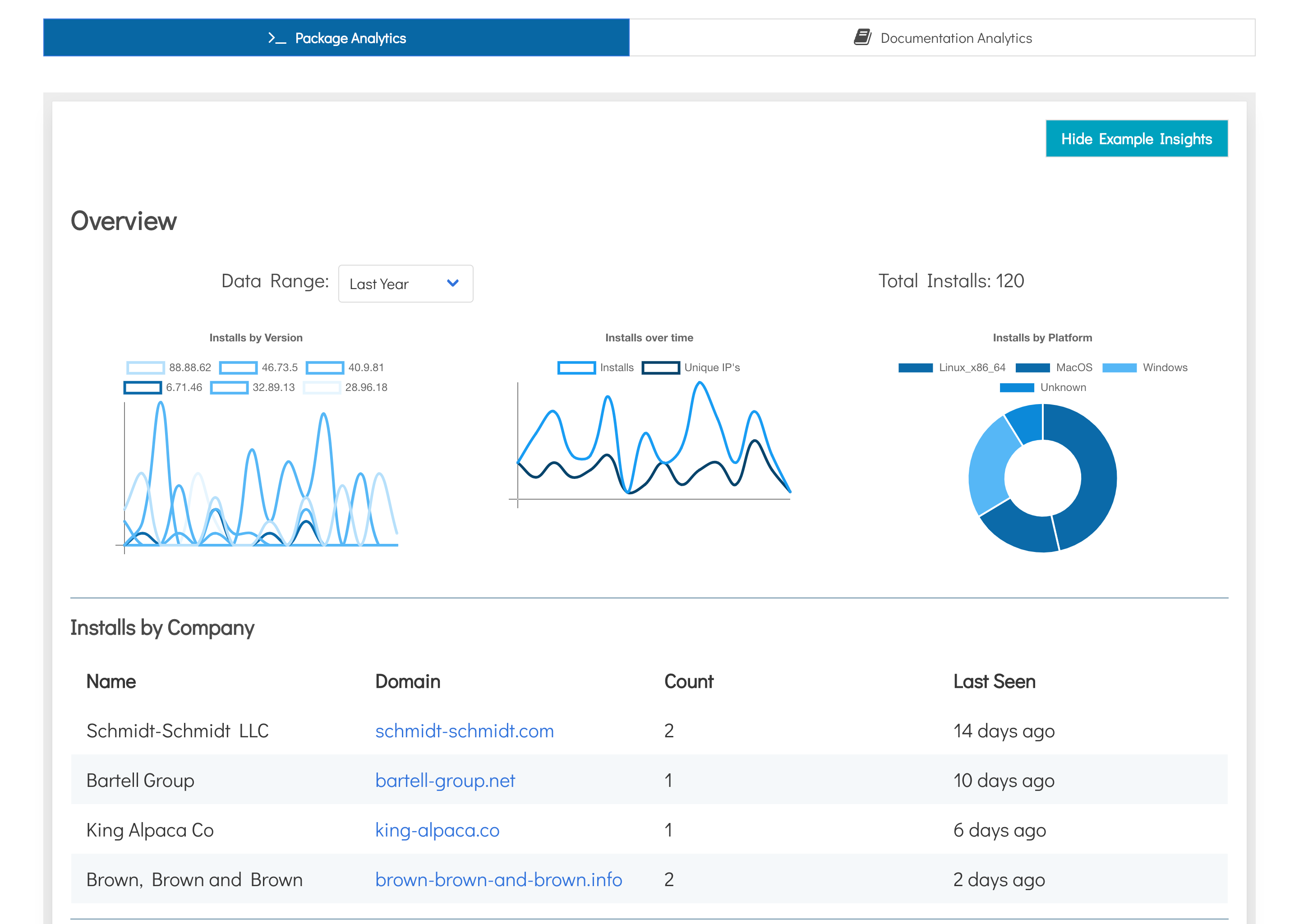 Founded out of Oakland, California, in 2019, Scarf exited stealth back in March with $2 million in seed funding. Today, the company announced a further $5.3 million in funding from Race Capital, Freestyle Capital, and a slew of individual backers, as it looks to double down on its recent growth which has seen some 300 developers and organizations make 900 packages available through the Scarf platform.

The core Scarf Gateway product, which will shortly be made available under an open source license itself, serves as a central access point to all open source components and packages wherever they are hosted. It sits in front of the project’s registry or download host (e.g. containers on Docker Hub or binaries on GitHub Releases), with the end user downloading the software artifact as normal — Scarf can then dish out key usage data that the registry provider typically doesn’t offer. This includes which companies are installing a particular package; which regions a project is most popular in; and what platforms or cloud providers the package is most commonly installed on. 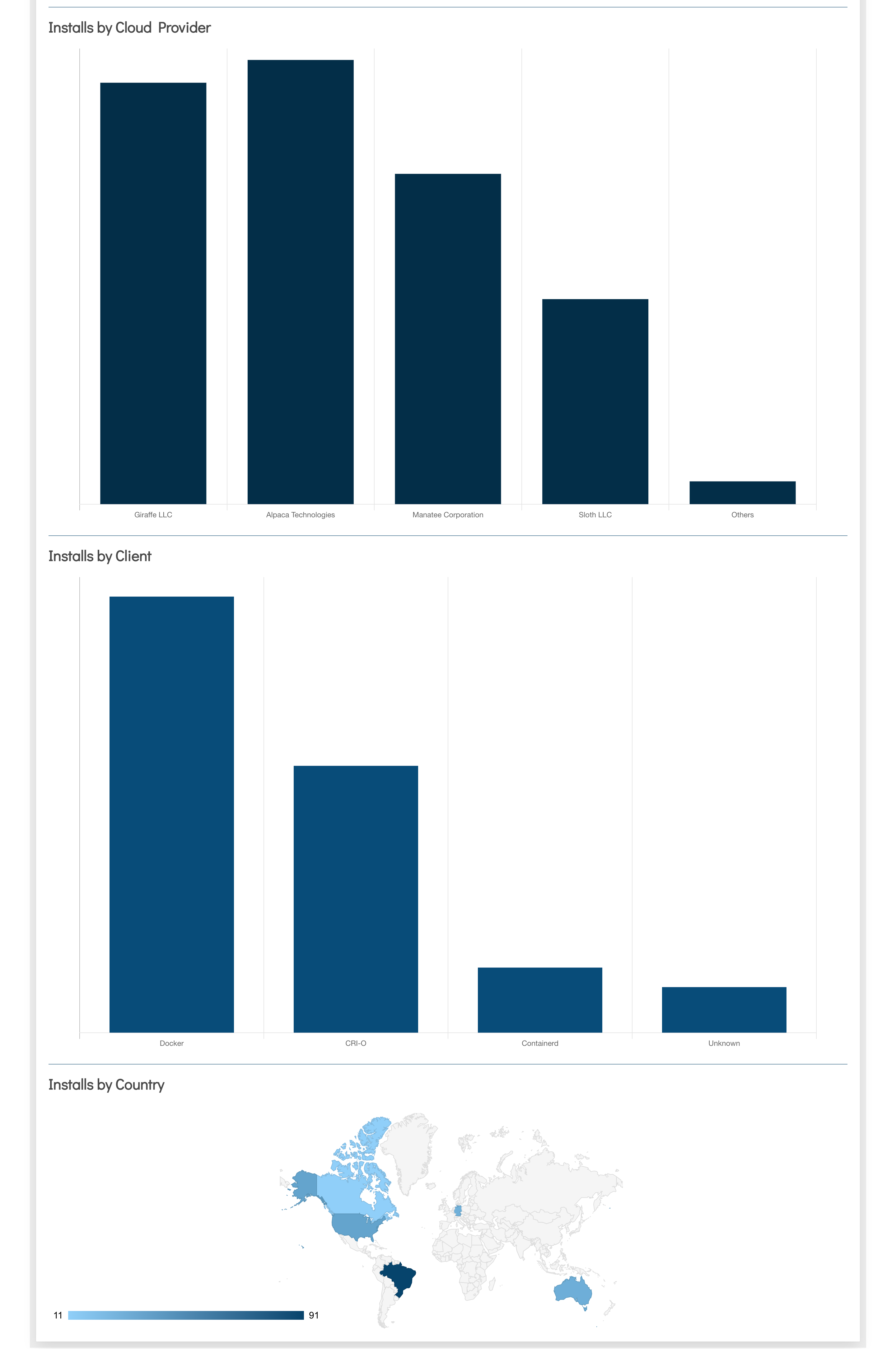 While Scarf Gateway is free to use, the company charges for premium features such as a developer API, raw data export, third-party data integrations, and availability and support service level agreement (SLA).

So how, exactly, does open source analytics help developers, in terms of any commercial decision they might have to make? Well, countless companies use open source components in their software, but might not think to support the developers behind that particular project — so a developer can publicly call these companies out, or otherwise reach out to request financial support.

Alternatively, developers can simply use the data they have at their disposal to find the right contacts within a company to pitch premium support or consulting time.

In the past nine months, Scarf claims that it has been used by developers to uncover more than 25,000 companies that are interacting with their software.

Aside from Gateway, Scarf also offers documentation insights to help developers understand how their open source documents are being found and viewed, alongside language-level package SDKs that integrate directly into a developer’s packages.

“These tools integrate with one another, so for the first time you can trace an anonymized user finding your project, installing it, using it, and beyond,” Press explained.

Show me the (OSS) money

Although Scarf has mostly been focused on analytics so far, with another $5.3 million in the bank, it’s now well-financed to extend the scope of its platform to support developers looking to monetize.

According to Press, this will include the ability to generate and manage a support contract directly on Scarf, including automatically collecting payments that any company might be due. “Another will be tooling for end-users to purchase one-off support time with a developer, so OSS (open source software) projects can embed a ‘book time with the developers’ button on the README files,” he said. “We’ll be launching these [new features] next year.”

On the surface, Scarf might seem better suited to indie developers — those that are most likely to need the data to support their commercialization efforts. But according to Press, it’s really for anyone that needs to measure usage and adoption — this includes venture-backed companies such as Buoyant, which not only users Scarf, but its CEO William Morgan also invested in the company.

“For indie developer and enterprises alike, having observability and control over your OSS’s distribution channels is fundamentally useful, and has historically been unavailable,” Press explained. “Businesses are using Scarf to distribute artifacts and understand their commercial adoption — using their OSS metrics to drive product-led growth for their businesses.”